Long Beach Airport will allocate empty flight slots to Southwest, Hawaiian and Delta airlines after JetBlue announced this week that it will pull out of the city starting in October.

Long Beach Airport was once a hub for JetBlue, but the airline has slowly ebbed its services after years of tension with city leaders over issues including a killed plan for a customs facility and battles over slot utilization and late nigh noise ordinance violations.

The airline on Thursday announced that it will be vacating its 17 slots in Long Beach for expanded service at LAX.

Long Beach Airport in an announcement Friday said the empty slots will be redistributed through a waiting list that includes Southwest, Hawaiian and Delta. Other air carriers may also request to be added to the waiting list, the airport said.

“We have a waiting list at Long Beach Airport with multiple air carriers, and demand remains strong,” Mayor Robert Garcia said in a statement. “Once air travel recovers from the COVID-19 crisis, we look forward to a strong recovery.”

One slot will be offered to each of the three airlines, in addition to any new airline applicants, in order until all the slots are allocated. It was unclear if all 17 slots would be filled.

Long Beach Airport Director Cynthia Guidry in a statement said: “We are well-positioned to continue as an airport of choice for Southern California and we look forward to hearing from air carriers about their interest in our available flight slots.”

The airport’s 53 flight slots are currently allocated as follows (JetBlue’s 17 slots will soon be made available): 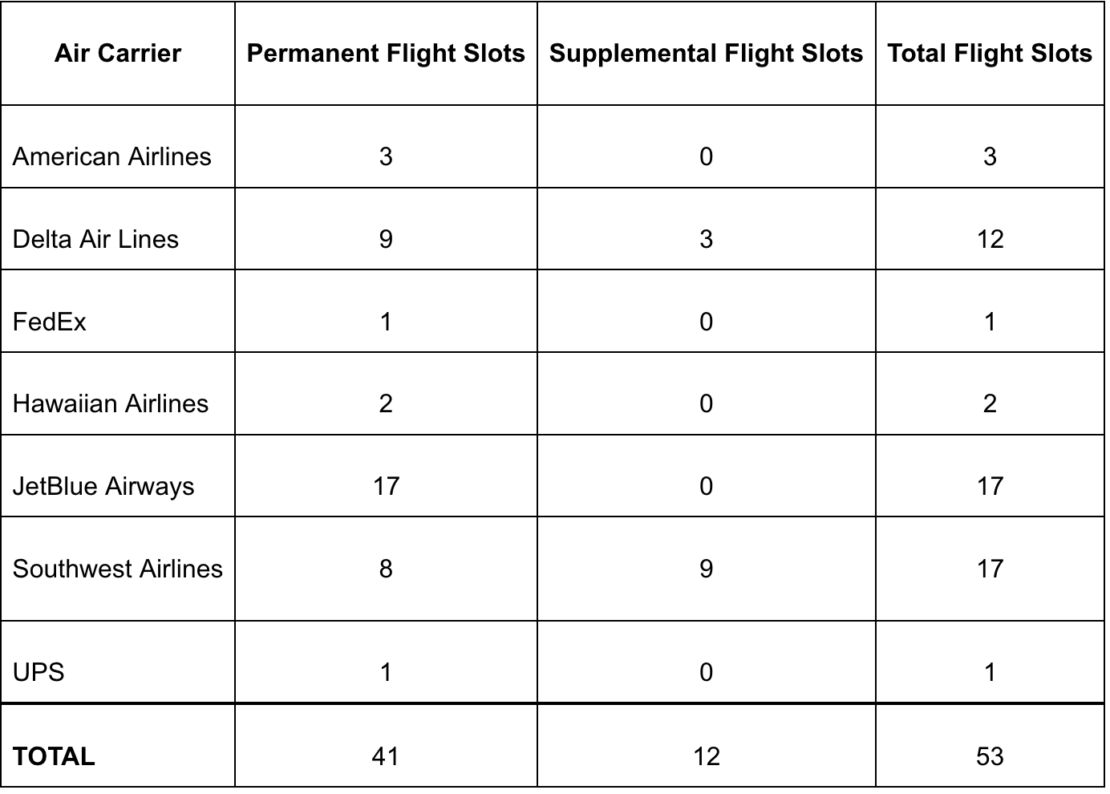