In a shift toward more public transparency, Long Beach for the first time late Wednesday released the number of coronavirus-related fatalities in specific long-term care facilities, a move city officials had resisted.

The numbers show that Broadway by the Sea, which has the city’s highest rate of coronavirus infections, also had the most fatalities, with 11 people who have died. The facility disclosed that number earlier on Wednesday in response to questions by the Post. The facility said the deaths involved only residents, not staff members.

In all, infections have been reported among 44 residents and 27 staff members at the 95-bed center in the Bluff Heights neighborhood in Downtown Long Beach.

In a statement, Broadway by the Sea’s administrator, Dean Gunnell said: “We grieve with the family members and friends of our 11 residents who passed away from Covid-19 and Covid-19 related complications. Each day these families are in our hearts, in our minds, and in our prayers.”

The facility with the second highest number of fatalities was Palmcrest Grand Assisted Living, near the Wrigley Heights neighborhood, where seven people have died. The numbers released Wednesday by the city do not specify whether the deaths at the listed facilities were of residents or staff members.

In response to the high numbers of infections, city officials said they have ramped up testing for staff and residents, regardless of whether they show symptoms.

The release of fatality information by Long Beach officials—who had cited patient privacy in resisting requests for the information—follows similar disclosures by the Los Angeles County public health department. In recent weeks, as the numbers of deaths in nursing homes mounted, families and friends of residents in facilities here and across the country had complained that they were being kept in the dark.

Long Beach resident Susan Porizek says she was one of them.

Porizek said she was the legal guardian for Richard Tuch, a 78-year-old resident at Palmcrest Grand Assisted Living who died on April 20.

Porizek said Tuch was sick for a week in the facility before he was rushed to Long Beach Memorial Medical Center on April 15, where he was finally tested for coronavirus.

Porizek said doctors told her he tested positive for the virus and also had a lung infection, bed sores and bruises on his shoulder. Palmcrest, she said, never notified her about any cases of coronavirus in the facility, though the Post reported on April 3 that the facility had cases. 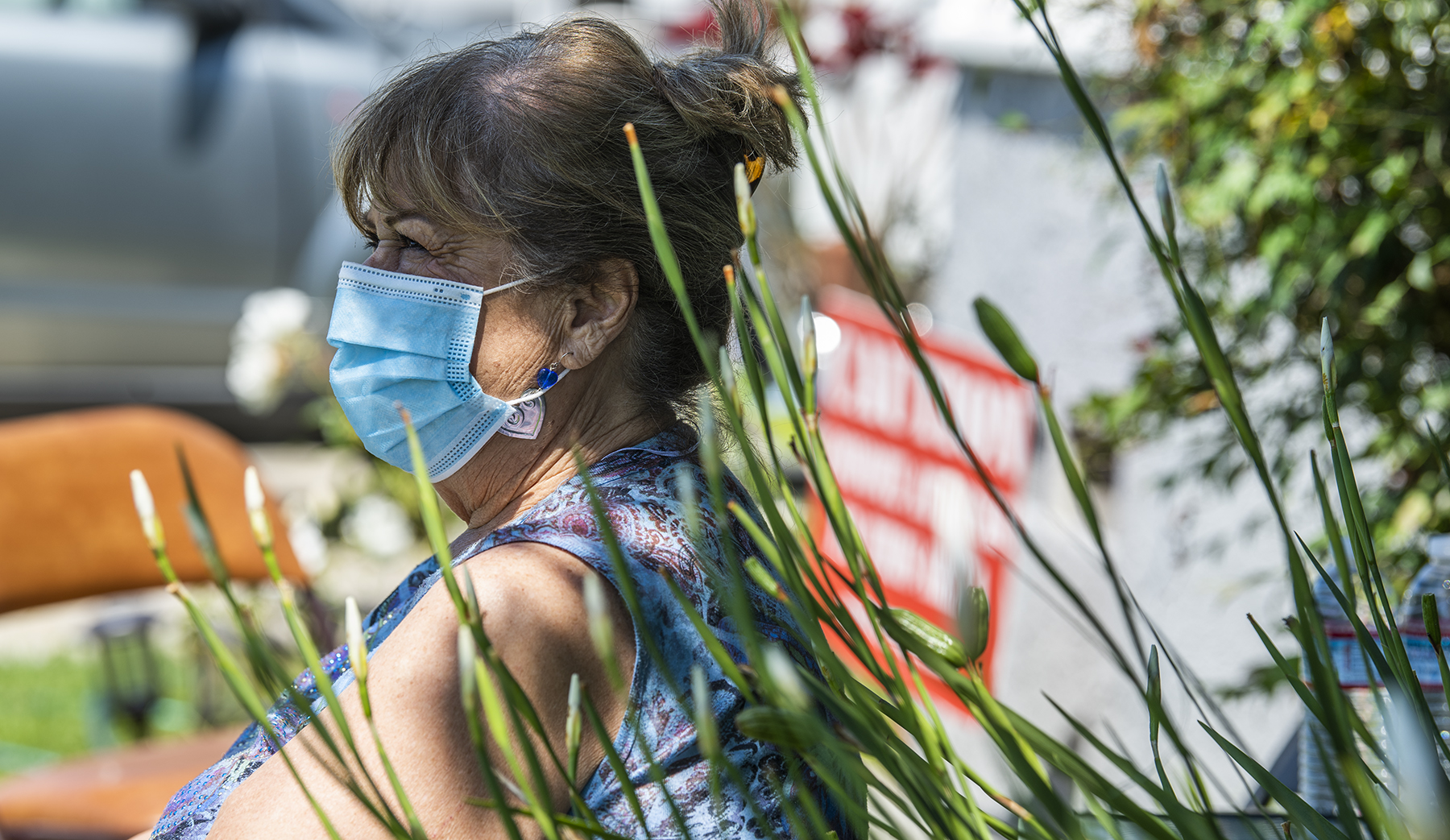 Susan Porizek in her front yard talks about her friend Richard Tuch who died of the coronavirus in an assisted living facility, in Long Beach Monday, April 27, 2020. Photo by Thomas R. Cordova.

The Long Beach Health Department requires that facilities send notifications to families if residents or staff test positive for coronavirus.

“I never got a notice or call about them having coronavirus at the facility,” she said. “And when I asked them about deaths, they wouldn’t tell me.”

Erin Rehbein, assistant administrator for Palmcrest, declined to comment on Tuch’s case. A representative of the facility could not be reached late Wednesday to comment on the number of deaths disclosed by the city.

Porizek, 71, said she met Tuch in singles’ group at Parkcrest Christrian Church and the pair became friends after she started helping him when he suffered a stroke in 2010.

“I felt bad because he had nobody to help him,” she said. “He didn’t have any family here. No children, just a sister on the East Coast.”

She said Tuch worked as a longtime custodian at private school. She helped him move into Palmcrest about two years ago after he suffered a fall in his condo. 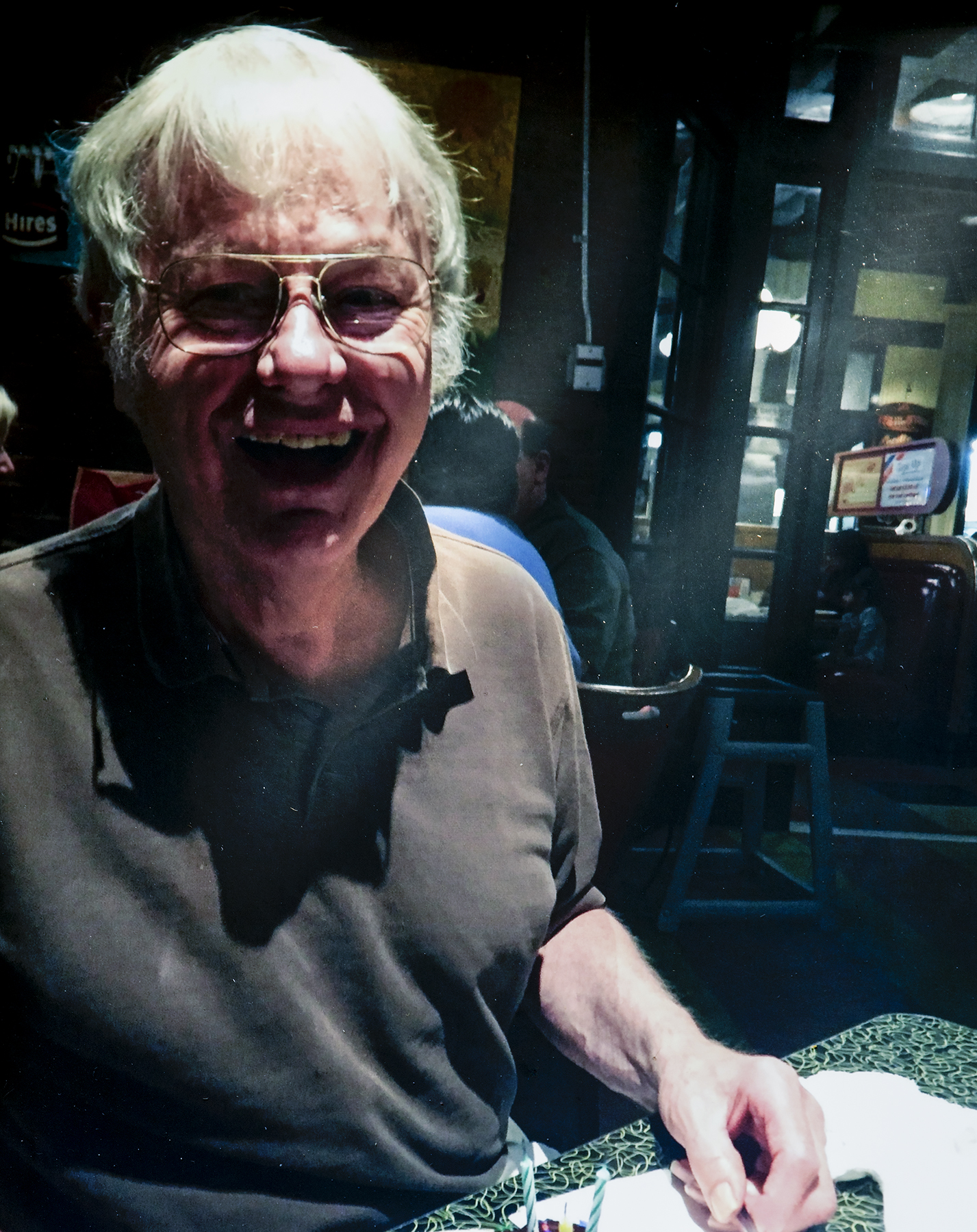 Photo of Richard Tuch who died of the coronavirus. Photo courtesy of Susan Porizek

Porizek said the last time she spoke to Tuch was on April 8 when he called her and sounded disoriented.

“He said ‘Help me please!’ he sounded so scared,” Porizek said. “I feel so sad for him because I wasn’t by his side.”

Lawyer Bill Artigliere, who heads a leading elder abuse law firm based in Long Beach, said he has been getting many calls from concerned families throughout the region who say they are having trouble getting details from long-term care facilities.

Artigliere said many facilities have stopped giving out details, citing patient privacy laws, leaving families with little information to decide whether they should remove their loved one.

“Nobody knows what’s going on in these facilities because access is being denied,” he said. “Unless there’s a whistleblower that’s willing to come forward and give a picture of what’s actually going on, we may never know.”