The Long Beach Water Department could soon extend a pilot program that provided free installation of drought-tolerant gardens for households willing to rip out their lawns.

The Direct Install Gardens (DIG) program targeted lower-income households in a census block near Jackson Park in North Long Beach for its pilot program, which converted front yards into gardens for 17 homes starting in 2020.

The $473,000 program was largely subsidized by the California Coastal Conservancy and the Metropolitan Water District of Southern California, which also helps fund the department’s regular Lawn-to-Garden program.

The Conservation Corps of Long Beach helped with the installations that included planting 54 trees at Jackson Park.

Through the first 16 projects, the program has removed 20,729 square feet of turf with a 17th house expected to be completed this month.

In total, the department estimates that the new yards will save about 356,000 gallons of water per year and eliminated nearly 43,000 kilograms of carbon dioxide, or the equivalent of driving over 107,000 miles.

Water officials have pushed water conservation for years as the state grapples with an ongoing drought with about 60% of the state designated as being in “extreme drought,” the second most severe designation, according to the United States Drought Monitor.

Earlier this year, the Long Beach Water Commission voted to limit outdoor watering to two days per week in line with regional restrictions on outdoor irrigation. 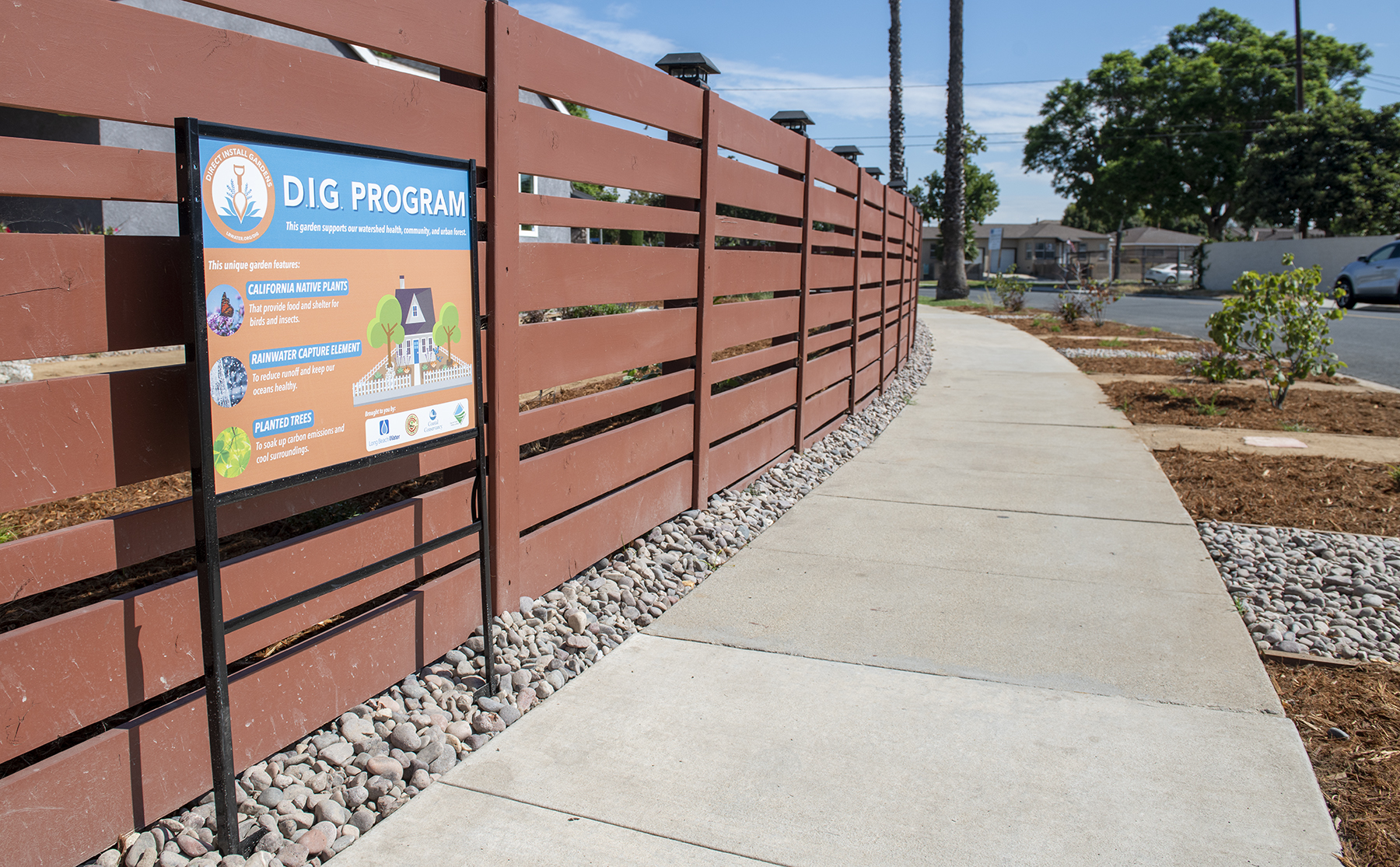 Converting lawns to gardens with more native plants can save water and money, but the installation and planning costs can be daunting for homeowners even with the department’s rebates that can reach as high as $15,000.

The DIG program accomplishes the same goal with no charge to eligible residents.

Joe Baquerizo, the DIG program manager said that, initially, the program was expensive, with installs averaging about $23 per square foot, but they have since worked to reduce the cost to about $10 per square foot.

The adjustments included reducing the number of design templates residents could choose from 12 to three and allowing for plant substitutions when it was discovered that some were hard to find or expensive.

Participants can now choose between a California native design, a succulent garden or a Mediterranean one.

So far, the department has secured $295,000 for a second pilot program. How many households that will cover depends on the cost of removing the grass from the homes being worked on.

The department is looking for a contractor to remove the lawns from projects more efficiently and is hopeful that the same contractor for the DIG program could ultimately be used for the Lawn-to-Garden program that is accessible to all other account-holders in the city.

However, the pilot program was only available to residents living in one census tract near Jackson Park. This time, it could be available to more communities in North and West Long Beach along with those in the city’s center and Downtown.

Want to replace your lawn with drought-tolerant plants? You can now get paid to do it