A man was shot and wounded following a dispute this afternoon in Long Beach’s Zaferia district, authorities said.

Police said the incident happened around noon today when two men began arguing in the 1500 block of Orizaba Avenue, which is just north of Orizaba Park.

According to Long Beach Police Department spokesperson Richard Mejia, one of the men arguing shot at the other and missed. After being fired upon, the other man shot back, striking the man who shot first. The bullet hit him in the lower body, according to Mejia. 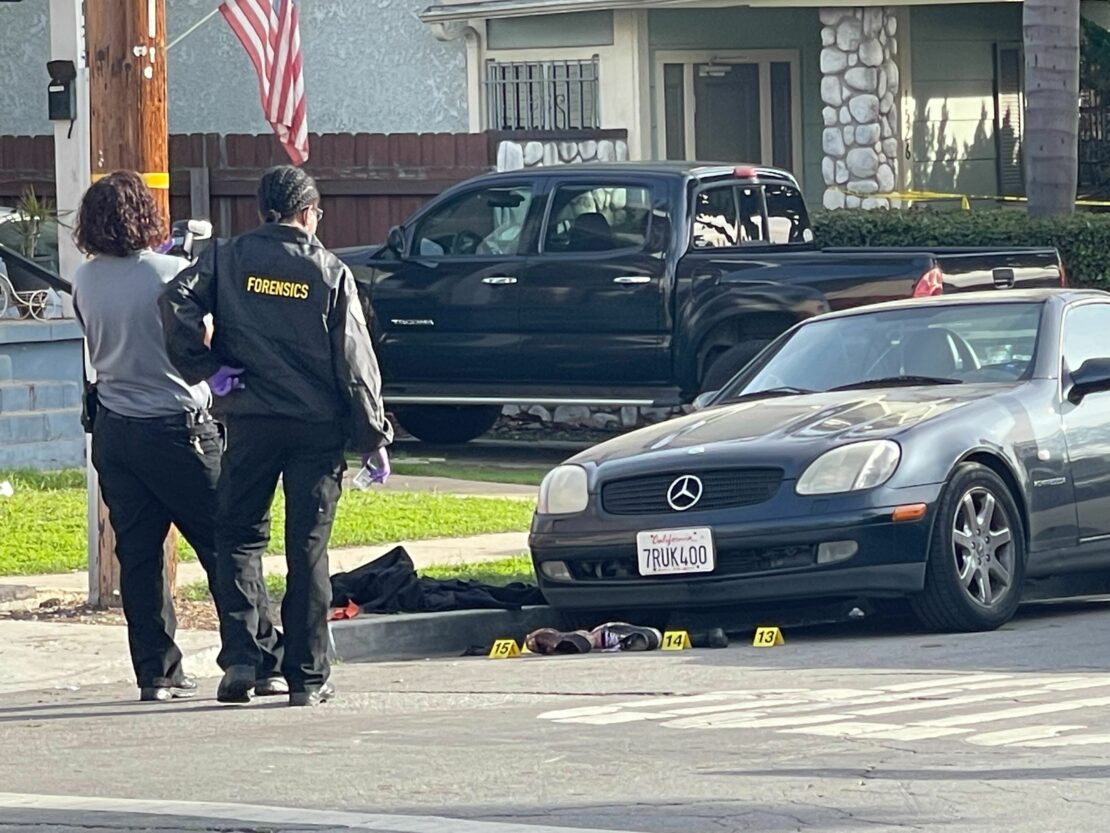 Police collected evidence at Orizaba Avenue and 16th Street after a shooting wounded a man there on Jan. 12, 2021. Photo by Fernando Haro.

Staff at nearby Nieto Herrera Elementary heard the shooting from the school’s playground and immediately put the campus on lockdown, said principal Claire Fieri.

Police and paramedics soon arrived. The Long Beach Fire Department transported the wounded man to a local hospital to treat the injury, according to the LBPD, and officers detained the other man near where the shooting occurred.

The LBPD seized both guns involved in the incident and the investigation is ongoing, according to Mejia.