A prominent Long Beach pastor accused of stealing $102,000 from a homeless veteran is defending his actions, saying they were motivated by his desire to care for the man and include him in the church community.

Rev. Misi Tagaloa, who leads the Second Samoan Congregational Church near Downtown, is accused of siphoning money from the bank account of Phillip Campbell, an Air Force veteran in his 60s who suffered from schizophrenia and dementia.

Tagaloa is now facing felony charges of grand theft and theft from an elder dependent. On Thursday, Long Beach Superior Court Judge Laura Laesecke said she would be inclined to impose a three-year prison sentence on Tagaloa if he’d agree to plead guilty to stealing the money.

Instead, Tagaloa decided to wait for a jury verdict. After prosecutors gave a glimpse of their evidence at a preliminary hearing, Laesecke ruled there was enough evidence to proceed to a full trial.

Although Tagaloa and his attorney didn’t deny the pastor spent Campbell’s money, they argue there was no criminal intent.

“I think context is important,” Tagaloa’s attorney, Mark McBride, said in an interview after Laesecke’s decision. He said Tagaloa and his church took in and fed Campbell when he had nowhere else to go.

“Who takes care of these people?” said Tagaloa, who has long run homeless outreach programs out of his church. 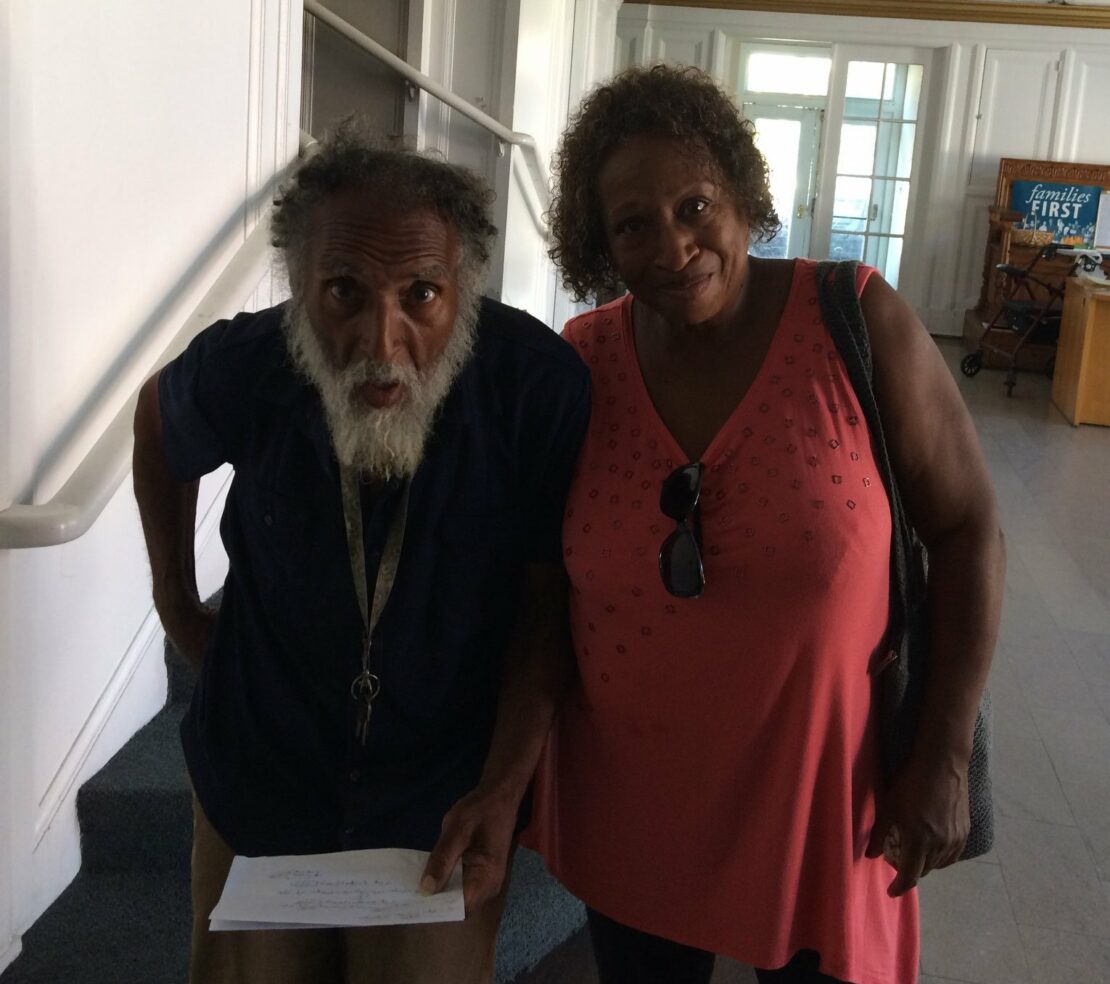 Phillip Campbell, left, with sister Madena Stevens, who was able to see Phillip at the Second Samoan Church after contacting the pastor in August 2017. Photo courtesy Madena Stevens.

Tagaloa said he’d been friends with Campbell, who died in 2020, for more than a decade and the money he spent was meant to benefit Campbell and the larger church community where he lived with other homeless men in a house next to the sanctuary.

Tens of thousands of dollars went toward donations for local groups and tithes or donations to the Second Samoan Church, prosecutors allege, something Tagaloa said was supporting the community that was taking care of Campbell.

But that vision of communal living has collided with the legal requirement to spend Campbell’s money in his own best interest, according to McBride.

“My client really tried to do right by this gentleman,” the attorney said.

Tagaloa estimated he met Campbell in about 2003, a few years after Campbell left his family on the East Coast and headed to California after years of struggling with schizophrenia.

In 2016, Tagaloa received approval from the Department of Veterans Affairs to manage Campbell’s military benefits and other finances after doctors ruled he wasn’t capable of handling his own money.

Soon after, thousands of dollars began to flow out of Campbell’s bank account, prompting warnings from the VA to Tagaloa that he’d pledged to spend the money solely for Campbell’s benefit, investigators say in court documents.

But the suspicious charges continued, according to prosecutors, ending with the VA appointing a new financial manager in 2019 and the state Department of Justice filing criminal charging against Tagaloa in August.

At Thursday’s preliminary hearing, prosecutors displayed some of their evidence against Tagaloa.

The pastor wore a dark suit and his clerical collar as he listened from the defense table. He looked down, taking occasional notes as Special Agent Julio Roman read off a sampling of expenses from Campbell’s account he believed to be theft:

Roman pointed out that the spending continued even after Campbell walked away from Second Samoan Church in December 2017.

About $16,874 of expenses flowed out of Campbell’s account between the time of his disappearance and the day Tagaloa notified police that he’d been found at a convalescent hospital in Gardena, authorities allege.

Tagaloa said he and his church had been searching for Campbell for months, and he learned where he was only after receiving a medical bill, after which he immediately notified police.

In court documents, investigators lay out a different timeline. They say Campbell was missing—at least on paper—for seven months before Tagaloa contacted authorities to say he’d been found. When pressed by a police detective, Tagaloa admitted he’d known for at least three months that Campbell was at the convalescent facility, investigators allege.

Campbell’s daughter, Sounmi Campbell, has also accused Tagaloa of waiting to contact her family, even though he knew they were searching for their father.

Campbell died in 2020 after being transferred to an elder care facility in Palos Verdes where his children were able to reunite with him before his death.

After the court hearing Thursday, Tagaloa didn’t dispute spending Campbell’s money but defended his motives, saying he paid off his own credit cards mostly to reimburse himself for money he’d spent on Campbell. And the cable bills, for instance, were to cover the cost of service at the home next to the church where Campbell was living with other homeless men.

“He was part of the community,” Tagaloa said, adding that he didn’t think much about using Campbell’s money for those expenses or the many donations.

Did he ever ask for Campbell’s consent beforehand?