A proposed rail yard near the Port of Los Angeles would increase pollution in parts of West Long Beach for the next 40 years, a new analysis shows.

A more “robust and accurate” pollution analysis was missing from the Southern California International Gateway project when it was first approved in 2013 leading to a judge blocking it in 2016, demanding an updated analysis on air quality and health effects be completed before the project could move forward.

The new draft environmental analysis that has been circulating since May 19 shows that diesel particulate matter and other pollutants would exceed state and federal standards in almost all versions of the project if it’s completed.

The analysis looked at effects from the project itself and in combination with the Union Pacific Intermodal Container Transfer Facility project to the north. However, opponents of the project say the documents are still flawed and don’t show the true impact of the proposed rail yard.

Julia Jonas-Day, a lawyer with the Natural Resources Defense Council, said during a recent public meeting that her organization opposed the project because of its disproportionate impacts on low-income communities of color, adding that the new analysis is inaccurate because it relies on 11-year-old data.

“This is illogical and results in misleading conclusions,” she said. “Many changes have occurred since 2010 that are relevant to the analysis from changes to the entities operating at the project site to changes in regulations affecting air quality.”

Diesel exhaust and particulate matter around the port complex have been linked to a spectrum of health issues including cancers and asthma. Long Beach has one of the highest rates of asthma in the country.

Several groups, including the city of Long Beach, Long Beach Unified School District and the South Coast Air Quality Management District, sued to block the project proposed by BNSF to be built at a site in Wilmington that borders West Long Beach schools, parks and residences.

The SCIG rail project is proposed to be built west of Hudson Park, Century Villages at Cabrillo and Cabrillo High School. 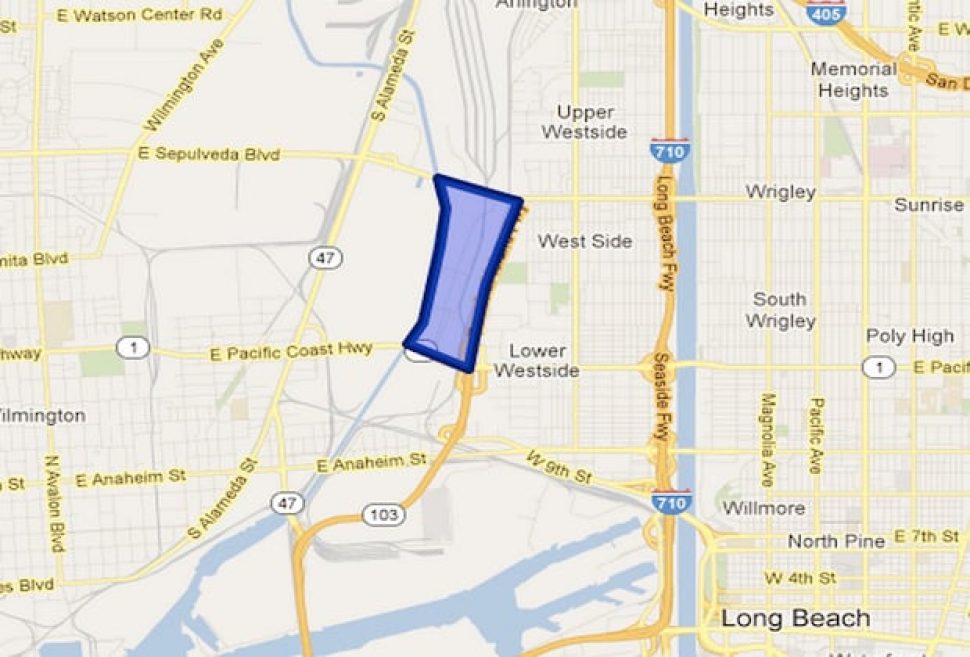 Laura Cortez, an organizer with East Yard Communities for Environmental Justice, said the revised documents show what groups like hers have been fighting against for over a decade; a project that will negatively impact communities of color already burdened by a combination of port and refinery pollution.

City data shows that residents living near the proposed project site have life expectancies at least seven years less than residents living in East Long Beach and other less affected areas of the city.

“The main concern is that it will continue to create negative health impacts,” Cortez said. “It clearly states that it will increase pollution and that shouldn’t happen.”

Cortez said that a project of this magnitude should also have a longer public comment period than the current window that expires at the end of July. The only public meeting was held remotely last week.

A spokesperson for the Port of LA said there are no plans to hold another public meeting, in person or remotely, before the end of the comment period.

Much of the project has remained unchanged, but new analysis of pollutants has been added after a Contra Costa County Superior Court judge ruled in 2016 that the project’s EIR was inadequate.

Completing the SCIG rail yard would create a 24-hour near-dock facility that could reduce truck traffic by shifting cargo traffic off of trucks and onto trains to make the journey to the BNSF Intermodal Terminal near the intersection of the 710 and 5 freeways in Los Angeles.

The new court-ordered analysis looked at particulate matter and nitrogen dioxide, which gets into the air primarily by burning fuel and has been linked to asthma, diabetes, cancers, low birth weights and other health ailments.

A table from the draft environmental review showing pollution levels and when they would exceed state and federal standards.

Chris Cannon, the port’s director of environmental management, said that the project would concentrate these effects to a smaller area than current operations in and around the site, a position that had been challenged by opponents in the past because they believed future pollution rates without the project were overstated.

However, opponents say the new court-ordered revisions are still inadequate because the pollution projections are based on old data, like the Cal Cartage truck facility that is no longer in operation but is part of baseline pollution calculations. They said it could give the appearance that the pollution created by the project is less than it actually is.

The project faced sharp criticism from community members, environmental lawyers, doctors and an official from the South Coast Air Quality Management District, who alleged that the data in the document had just been turned over to the AQMD this week.

Ian MacMillan, a deputy executive officer for the district, said that at full build-out the residents of West Long Beach and others bordering the project could be faced with even greater air pollution and bear even greater disproportionate health risks than they already do.

MacMillan asked the project developers this month to pledge to use the lowest emission rail equipment and trucks in the near term and to extend the public comment period.

A spokesperson from the district declined to comment further on the environmental report, stating the district was still reviewing the information.

Brian Ulaszewski, executive director of City Fabrick, a Long Beach nonprofit group that advocates for sustainable design and policy development, said that it’s hard to believe that the proposed project doesn’t have more zero emissions technology incorporated given the advancements made since the project was first approved in 2013.

“While on-dock rail is an essential part of the logistic network, near-dock rail also has a place within the system,” Ulaszewski said. “It just should be closer to the docks than to schools and residential neighborhoods.”

New rail projects at both the ports of LA and Long Beach have been moving forward in recent years as the complex continues to break monthly cargo records. Officials at the Port of Long beach have already begun publicly floating the idea of 24-hour operations being the future, and that future including more rail.

However, community advocates say that that future should not come at the expense of areas already hardest hit by pollution from the port, refineries and freeways.

Whether the city will intervene on behalf of residents like it did during the previous environmental review of SCIG is unclear. Mike Mais, an assistant city attorney with the city who headed the city’s fight against the project last decade, said the city is still reviewing the new environmental report.

“As of this moment in time we have not completed the review of this very technical document, particularly as it pertains to the air quality component,” Mais said in an email. “We will continue to closely monitor the project, and will respond accordingly as the project moves forward.”

Cortez said that with any luck the project won’t move forward.

East Yard organizers have actively opposed the SCIG project and others along the 710 Freeway corridor, including the 710-widening project that was paused by LA Metro officials earlier this year.

Cortez said she hopes that it doesn’t require another lawsuit and years of fighting the project for it to stop, but the communities are prepared for a fight.

“To us, this project is not happening. Period,” Cortez said. “Whatever we have to do to stop it, we’ll do that.”

Comments on the SCIG project can be submitted until July 30.