New mural along frequently blighted alley in North Long Beach is a show of pride for local community • Long Beach Post News
What are the best things about life in Long Beach? • Best of Long Beach 2021 VOTE NOW
- ADVERTISEMENT -

With face masks and paint brushes in hand, North Long Beach residents and students came together Saturday to create a colorful mural along a frequently blighted alleyway in a show of community pride.

Meetings between artists Guillermo Avalos, Sergio Parga and Gregory Navarro Pickens and local high school students to discuss the mural began in January last year, but the COVID-19 pandemic drove the project to a halt. The students ultimately decided the alley located near 61st Street and Atlantic Avenue was the best location for the mural.

Avalos, a long time North Long Beach resident and professional mural artist, said the mural depicted the Mexican Tree of Life, a concept found in many cultures that represents the afterlife and the many connections found among living things. There was also paintings of people’s pets from resident’s who wanted to add a personal touch to the project. 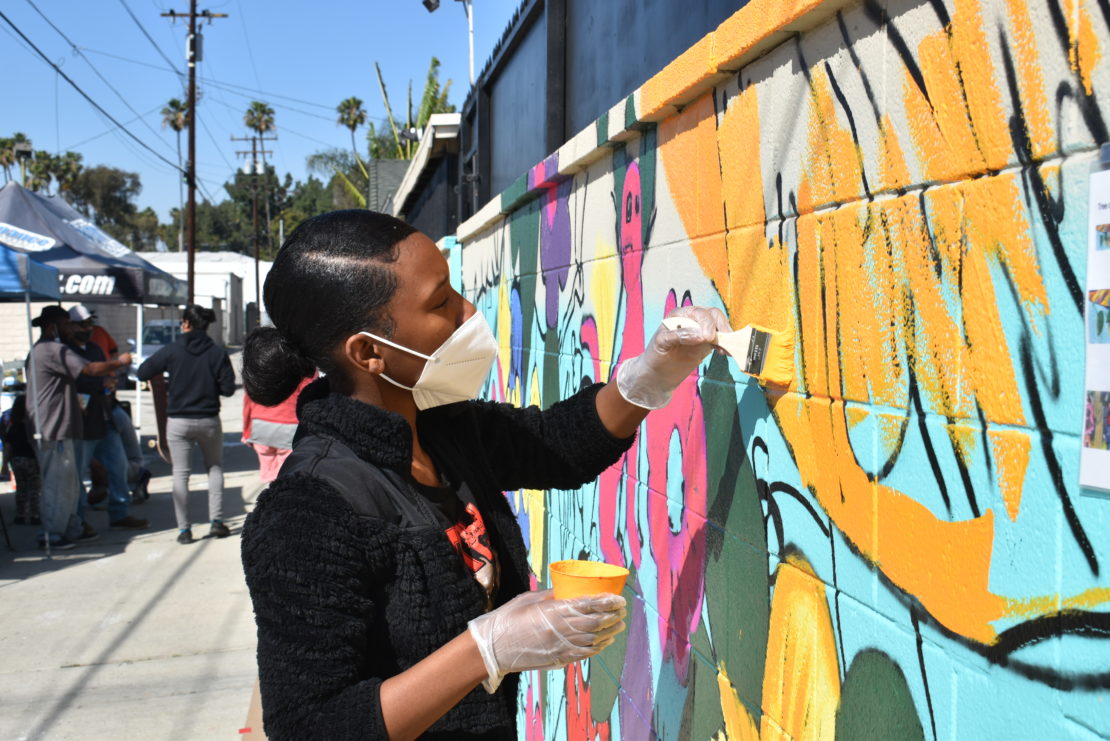 Avalos has helped lead a number of murals throughout North Long Beach. He said these sort of projects allows the youth to have a sense of ownership within their neighborhoods, something that he believes is beneficial.

“It seems like we’ve been abandoned with projects happening elsewhere,” he said. “But I have pride in North Long Beach.”

The event was hosted by a growing community group called the Coalition for a Healthy North Long Beach, and funded thanks to a grant from Kaiser Permanente.

Hilda Gaytan, Puente Latino Association president and member of the health coalition, said the COVID-19 pandemic has negatively impacted the mental health of students stuck at home with online schooling. The mural painting allowed for young children to be creative in an environment that adhered to COVID-19 safety guidelines.

“Being inside the house for over a year—it really starts to hurt mental health,” Gaytan said.

Jeremiah Rosborough brought his two small daughters and niece to the mural painting as way to unwind and to have ownership in the community. As his little girls ran along the wall and played with the paint, he said it was good for them to be involved in these sort of activities.

“They’re just basically coming out here to put some paint on the wall, man, and just kind of give back to the community,” he said. “You know, there’s a lot of stuff going on, and sometimes we need to stop, slow down and paint.”

The mural will take several days to complete and is expected to be finished on March 9. 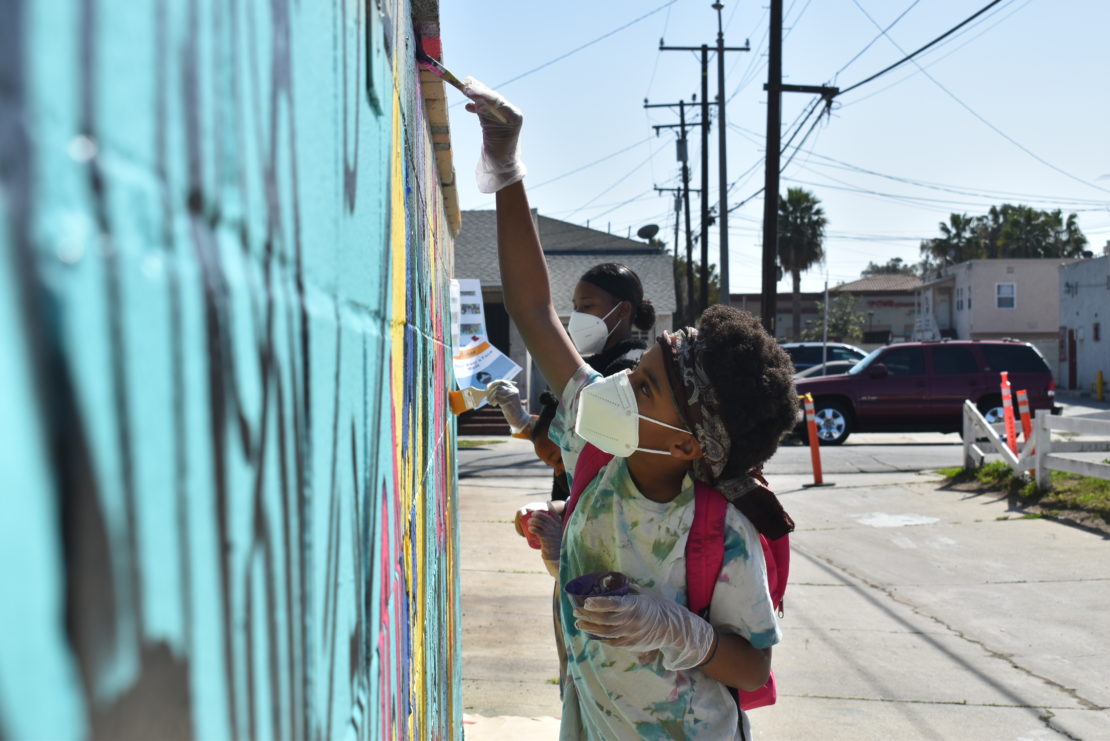