In July of this year when Daisy, 24, first came into contact with Pathways to Independence, she had been living in her car.

After growing up in a home in North Long Beach with family members struggling from addiction, she found herself feeling unsafe, with her things frequently going missing and her mental health unstable. She moved into an apartment with a roommate, but when the pandemic hit, she lost her restaurant job, losing her income and her apartment as a result.

Pathways to Independence is an organization dedicated to transforming the lives of disadvantaged women while breaking the cycle of poverty and abuse, and for Daisy (who wishes not to use her real name to protect herself and her family), it did exactly that.

Now, Pathways has provided housing for her in Huntington Beach, and she just completed her first semester at Orange Coast College, on her way to pursuing a career in environmental science.

“I never thought I was going to go to college ever, and I am going to college and pursuing what I  want to go into,” said Daisy.

Pathways provides extensive support through housing, transportation assistance, and mental health and medical assistance among other resources, but its primary focus is to fully support young women while they pursue higher education without having to take out any loans.

It is the expectation that all participants attend school full-time and work part-time, with the nonprofit supporting most major expenses.

About 80% of women who start with Pathways to Independence complete the three to five-year program, with about 90% obtaining their bachelor’s degree. Around 42 women are involved with Pathways at a time.

“Pathways has been around for about 30 years at least, and we have been in the community for a while,” said Executive Director Goretty Ramos. “We don’t want to be a best kept secret which we’ve been, we want to let the world know that we’re here.”

Over the years, the organization grew organically, responding to the struggles of the clients. More recently, clients have received education planning and life skills workshops, along with health advocacy workshops.

Pathways offers comprehensive support, by connecting each client to both a therapist and a mentor.

“One of the things that many of us lack when we’ve been kind of just surviving or growing in a survival mode or environment is we don’t always have a network of stable, influential people,” said Ramos. “One of the important parts of the mentorship is that they start to form a network and that mentor is going to be a connection point for a larger group of people as well.”

For a first generation student like Daisy, having a mentor to help guide her through the college process has been invaluable, and she finally feels surrounded by a community of support.

“I’ve always felt really lonely … (and) like a victim of something,” said Daisy. “(Now) it just feels like I have a huge support system that I’ve never had in my life.”

In addition to receiving mentorship, Pathways connected her to a therapist, helping her heal from the traumas of her past and to move towards a healthy future.

“In the amount of time that I’ve been going to therapy, I feel like I’ve shed so much of the pain that I’ve carried,” she said. 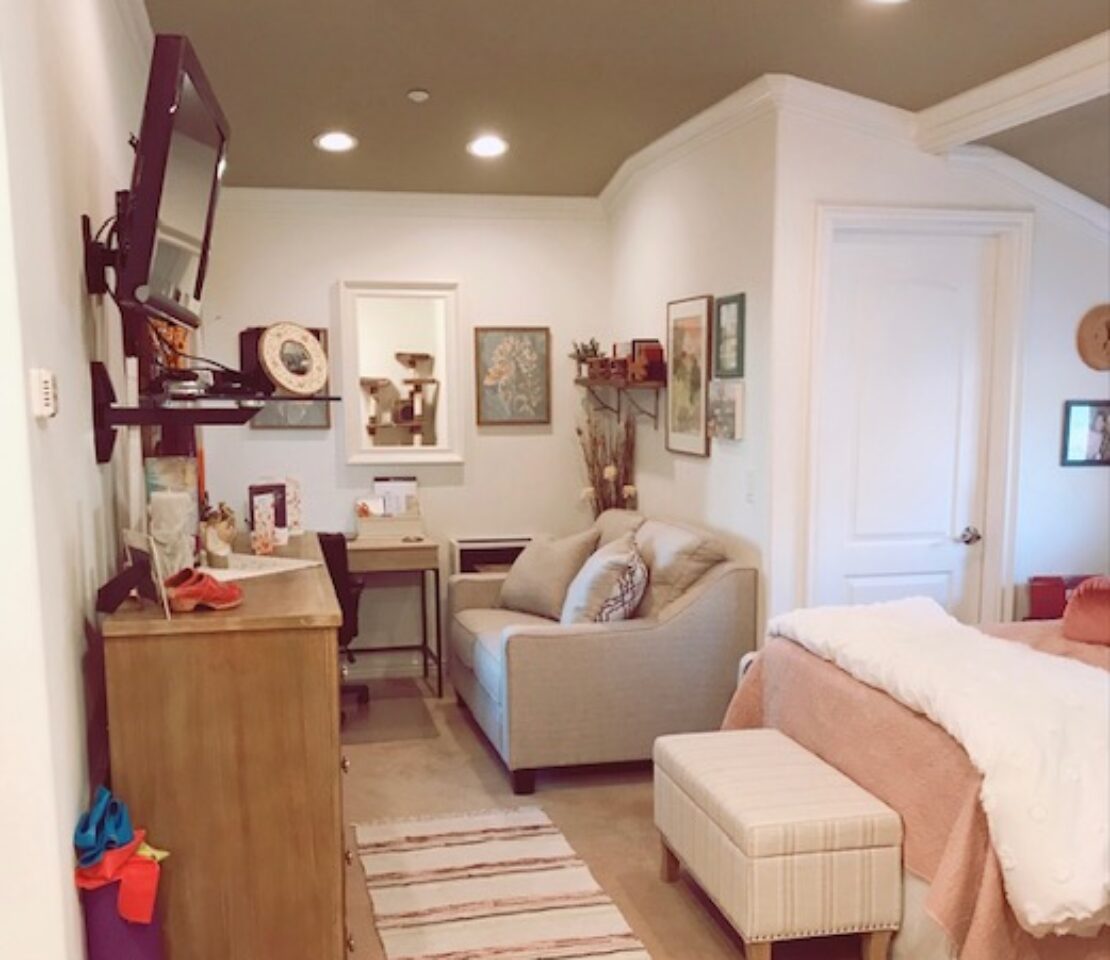 According to Ramos, she hopes that clients graduate from the program with a real sense of independence, empowerment, and the confidence that they are able to accomplish difficult long-term goals.

With assistance from Pathways, Daisy is well on her way. For the first time in her life, she is excited for school, looking forward to completing her degree while learning American Sign Language. She also hopes to someday become a park ranger.

“I don’t know how else to express my gratitude, because I have somewhere safe to sleep and I can do my laundry, I have somewhere where I can cook my food and somewhere really peaceful where I know that I’m safe,” said Daisy. “I just feel like I have a future now, which I didn’t feel that I had before. And it’s all because of that. Just because I asked for help.”

The WomenShelter of Long Beach Board of Directors has announced that Kathy McCarrell, a Senior Consultant with the Third Sector Company with more than 25 years of experience leading nonprofits in Southern California, will take on the role of interim executive director. She most recently led the Long Beach Public Library Foundation through its transition, and has also served as the Interim Executive Director of the Long Beach Day Nursery.

She comes to the WomenShelter with a master’s in social work and an expertise in family violence.

McCarrell will take on her new role on Jan. 24.