I’m not gonna sit here and lie to you. There are nicer homes in Long Beach than this one at 1990 Lemon Ave. It doesn’t, for instance, have the greatest curb appeal, especially if your tastes run more toward Park Estates or Virginia Country Club.

But, look, doesn’t the $195,000 price tag on this cozy fixer-upper sort of grab you for a moment? You want curb appeal, plant a couple of flats of pansies from Target in the front yard.

The listing boasts the fact that the house has “Major fire damage!” with an exclamation mark that you might find a bit disquieting, but at least it points out one of the flaws of the property. Not every Realtor is so forthcoming about the less desirable features of a listing.

In a moment of real-estate hilarity, the Redfin listing of the house referred to it as a “Hot Home.” That’s just cruel, guys.

A high point that is barely mentioned is the fact that you can’t beat the price for a home in Long Beach. Literally, you can’t, unless you buy a studio apartment or a mobile home, in which case you’re liable to be facing additional rent or homeowners association fees. 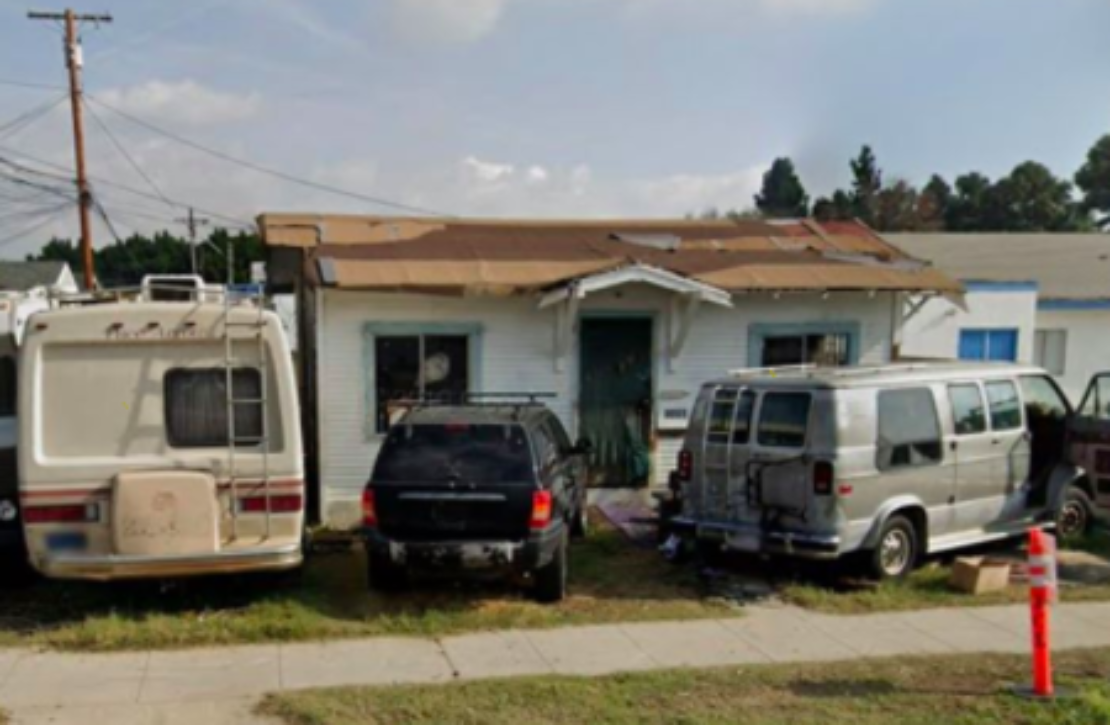 Additionally, there’s a certain amount of celebrity cache that attends this home. It was featured in the Long Beach Post last month when a pair of RVs parked next to it caught fire and burned, with the house suffering not insignificant collateral damage.

“The property needs to be completely rebuilt based on the recent fire,” the listing opines, as if a little plywood, some 2x4s and a bit of elbow grease wouldn’t bring the 1-bedroom, 1-bath, 528 square-foot home back to its original 1922 luster.

Further, it’s a cash-only offering, which spares the buyer the unseemly business of haggling over the price. Plunk down the $195K and Maison au Citron is yours. And don’t let its relative tininess fool you. It sits on a 2,578-square-foot lot, so you can go crazy and add yet another bedroom and bath, and maybe a swimming pool.

And don’t be shy about the “cash only” deal. For one thing the “cash only” part of the listing is in quotation marks, which indicates that maybe it’s not a deal-breaker and “maybe we can work something out.” Anyway, if you don’t have $195,000 rattling around in your pocket, you probably shouldn’t be monkeying around with real estate.