The Colonnas list their Park Avenue French farmhouse for $3.175 million and head back to the Peninsula • Long Beach Post News
- ADVERTISEMENT -

The Colonnas are going home again.

After five years of living in the home they basically built at 109 Park Ave. in Belmont Shore, Frank Colonna and his wife Michelle have put the French Provincial home on the market for $3.175 million and are retreating back to the home on the sand at the end of the Peninsula where the couple lived for nearly 20 years, from 1997 to 2015.

“We had leased the Peninsula house out and now it’s vacant, so we figured we’d move back,” said Colonna, a two-term Long Beach councilman representing the 3rd District from 1998 to 2006 and a member and immediate past-president of the Board of Harbor Commissioners. “Plus,” he said. “I miss the beach.”

The Park Avenue home wasn’t always in the style of an elegant yet rustic French farmhouse. In fact, for decades, stretching back to the early 1950s, it was well known in the neighborhood for its distinctive, and uncharacteristic for the area, Chinese style. 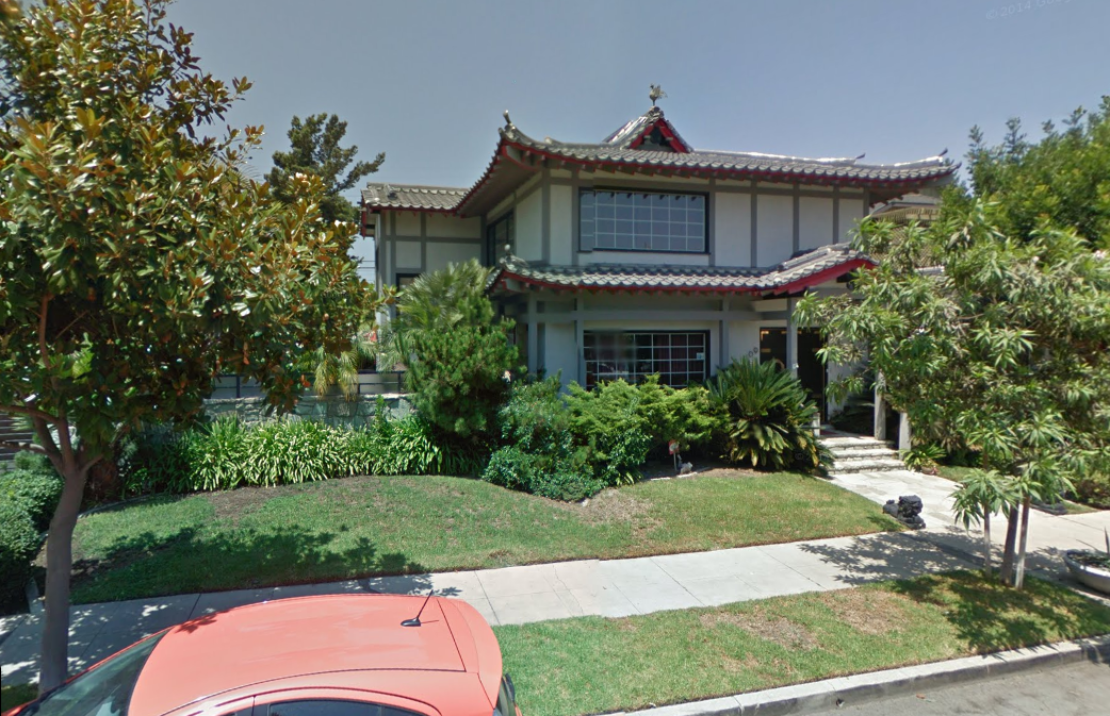 The home at 109 Park Ave. before the Colonnas purchased it. Photo courtesy Melinda Cotton. 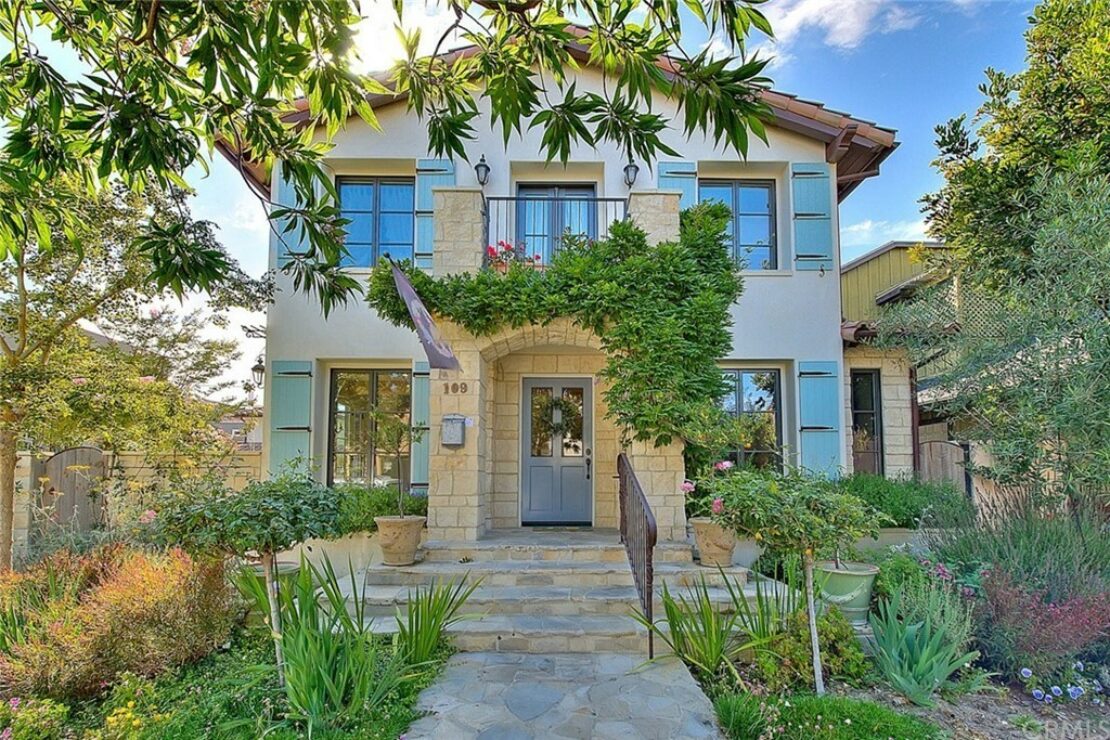 The Park Avenue home after its transformation into a French Provincial farmhouse. Listing photo.

The transition from moving the home’s style from east to west was overseen by Ed Guilian, one of the city’s most respected architects.

“The Colonnas are awesome,” said Gulian. “Very enjoyable to work with. Michelle had some pictures of what they had in mind, which were very helpful.” French Provincial is a bit astray from Gulian’s typical work, which tends more toward Modern. He’s done several homes in Naples and the Peninsula and elsewhere.

“The original home was an icon, but it wasn’t built to last,” said Gulian. “I couldn’t believe it was still standing.”

It wasn’t for long. Crews tore the house apart down to the studs and rebuilt it in the French Provincial style with its stone facade, evocative of the French country farmhouses of the 17th century that often served as pieds-à-terre for the aristocracy.

While the home was still in its Chinese phase, “There were tons of concrete on the second floor and things were being held together by termites holding hands,” said Gulian. He said the rebuild took about a year and a half.

The four-bedroom, two-bath home, listed by the Colonna’s daughter Laurel Lucas of Colonna & Co. Realty, is set on a rare Belmont Shore double lot, giving it a spacious and expertly landscaped old-style European backyard with lush, vine-covered shaded patios as well as a spa and fruit trees. 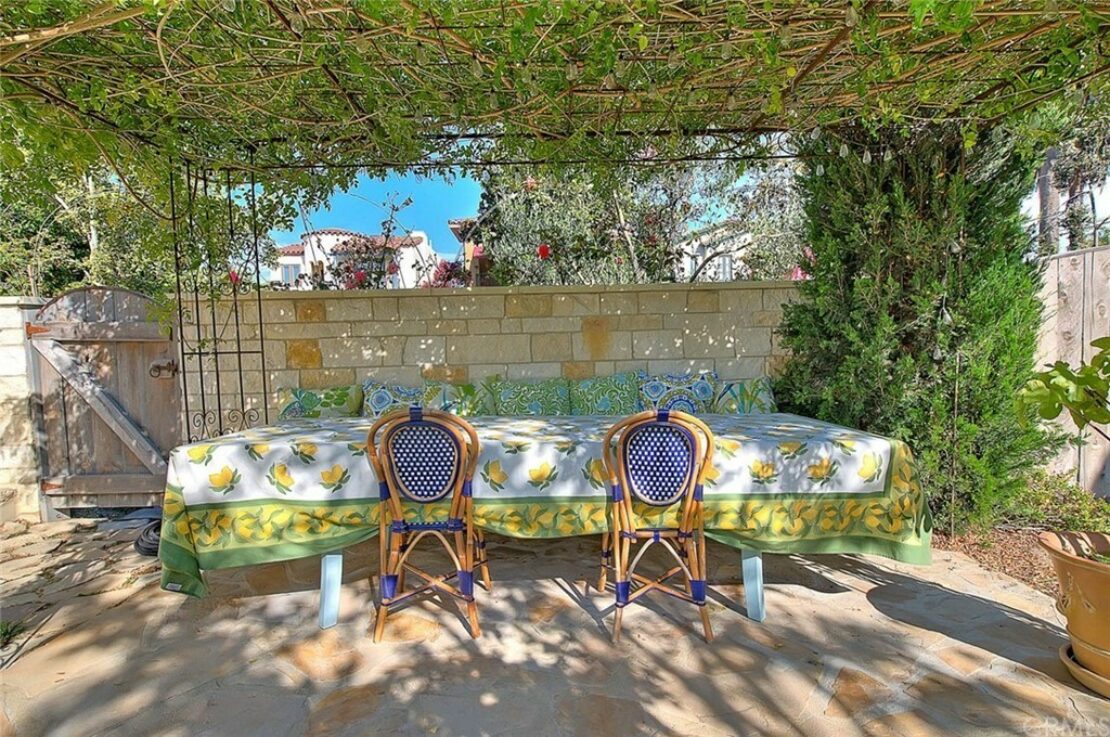 Vine-shaded patios are places to keep cool in the backyard. Listing photo.

The first-floor living room (there are living rooms on both floors) features exposed beams in an open floor plan taking in the dining area and the well-appointed (Wolff range; SubZero refrigerator) kitchen along with the spacious and bright living room. Light French oak floors are featured throughout the space.

A stairway with custom wrought iron railings leads to an open second floor with another large living room, two bedrooms and two bathrooms.

The large master ensuite features a bathroom with double vanity sinks, freestanding tub and walk-in closet. The bedroom also has a private balcony.

Out back by the gardens is a two-story casita—fantastic news! You can bring your mother-in-law along! Or use it for an office or studio. It has a three-quarter bath and an upstairs loft.

Colonna is happy enough going back to the home at the tip of the Peninsula—moving between the two locations is sort of the luxury equivalent of “out of the frying pan, into the kettle.”

“It was nice living in the Shore; it’s a beautiful house. I hate to give it up. But there comes a time when you’re getting older…. We want to travel, and I’ll stay busy with the harbor commission, but I’ll be scaling back a bit in some of the other things I’ve been involved with.”

To take nothing away from the Colonnas’ beautiful backyard on Park Avenue, the vista from their new/old house is arguably more spectacular, with a lot less upkeep required. 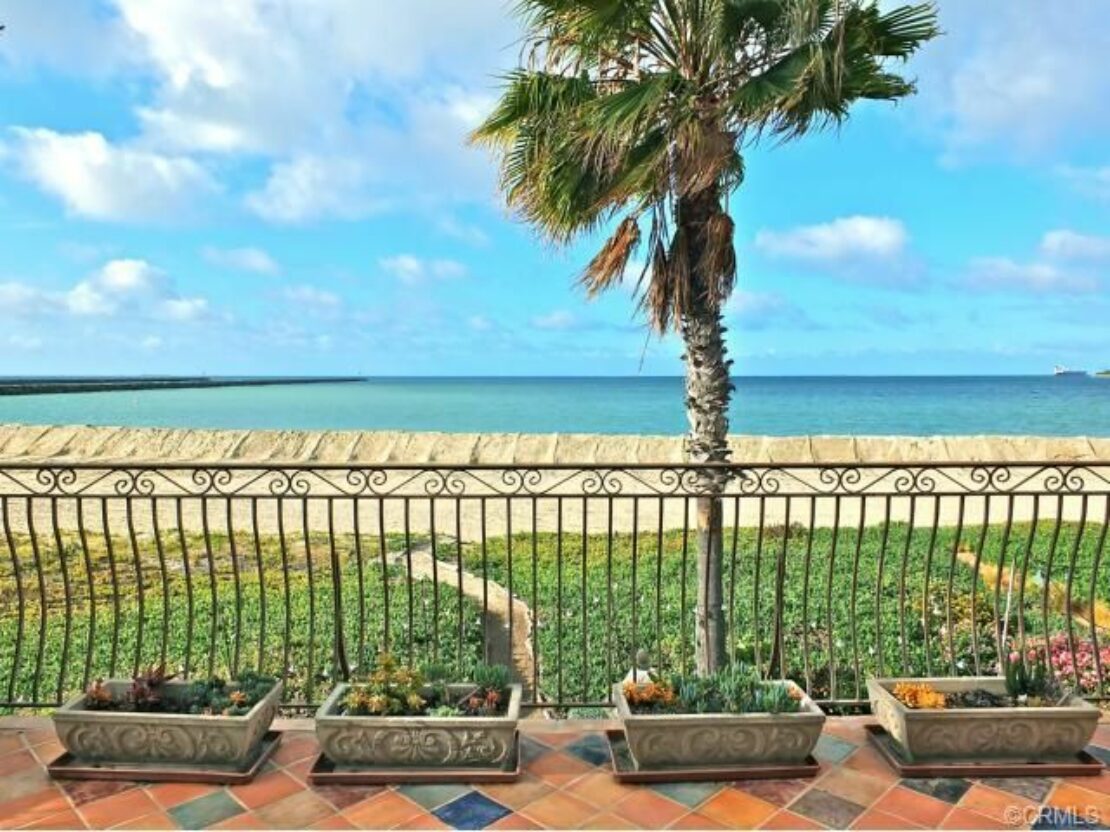 The view from the Colonnas’ home on the Peninsula. Courtesy photo.

In Long Beach real estate, $4 million is the new $1 million