You can still buy a lot for $4 million in Naples. Throw in a house for $4.2 million • Long Beach Post News
- ADVERTISEMENT -

When you’re talking real estate, you’re talking land. Sure, houses are nice and sometimes eye-catching; sometimes the stuff of which covetousness and bitter envy is made; sometimes doing little more than providing basic shelter. But the money’s in the land. Burn down a house, or knock it over and you’ve still got the property on which to rebuild.

And, when you’re talking land, you’re talking location. It’s why you maybe can’t afford to buy an extraordinarily rare vacant lot in Naples, but you can snap up  a plot in the middle of town with little more than your good looks and excellent credit.

When I embarked on writing about real estate in Long Beach at the beginning of 2019, one of the first things I wrote about was a vacant waterfront lot on Rivo Alto Canal in Naples, which was on the market for $4 million.

As vacant lots go, this one was top-shelf: A premier corner oversized lot on Naples Island at the riverine intersections of the Rivo Alto Canal, the Colonnade Canal and Naples Canal, and just steps from the Colonnade itself, the center of the Neapolitan universe.

It’s a vacant lot with its own boat dock that runs the entire 68 feet of the lot’s frontage; typically, a vacant lot doesn’t come with a place to moor your yacht.

In short, it’s not the vacant lot of our youth, where kids would have dirt-clod fights  while trying not to twist an ankle in a gopher hole. Throw a tent up on this lot and you could live happily the rest of your life. 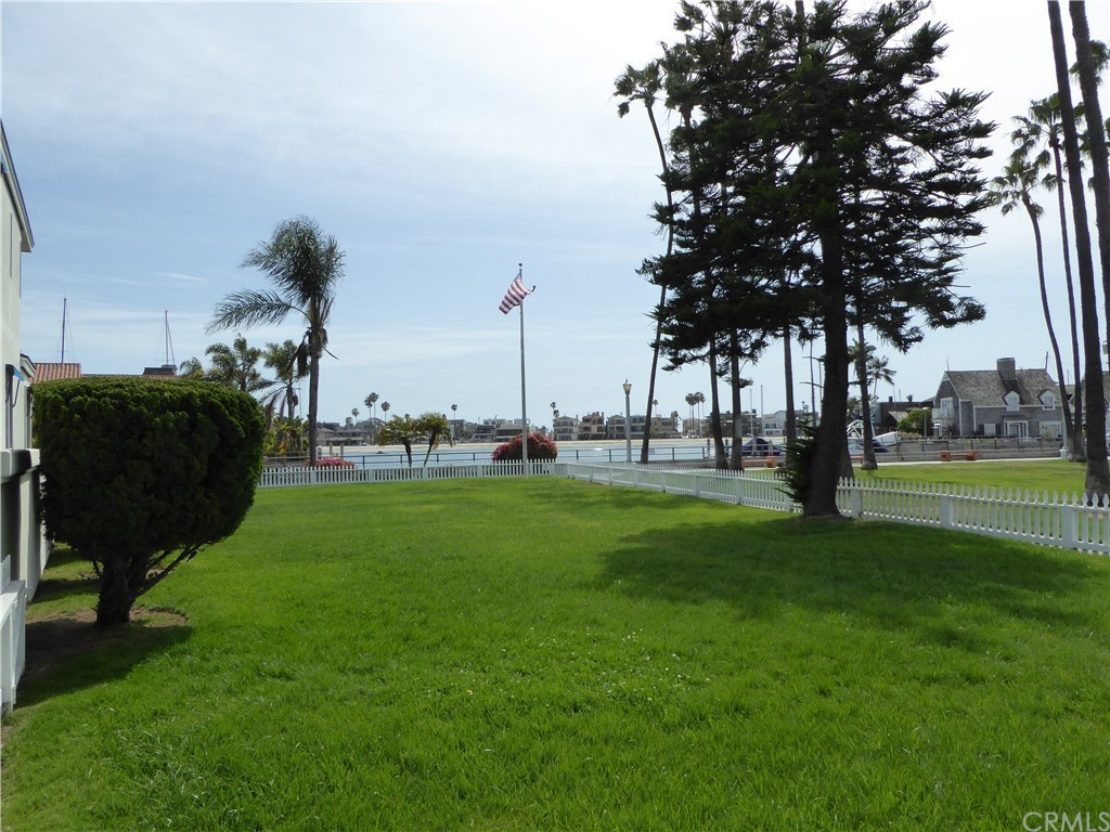 This waterfront vacant lot, surrounded by a white picket fence, remains on sale on Rivo Alto Canal in Naples after more than 1,000 days on the market. Its asking price is a firm $4 million. Listing photo.

After 1,000 days and a month, the lot is still listed for sale, obviously by a considerably less than motivated seller.

“We’ve had offers for as much as $3.5 million, but the seller’s pretty stuck on $4 million,” said listing agent Keith Muirhead.

Is the lot worth $4 million? Probably not. Maybe someday, but right now the average price of a home in Naples is still under $2 million, and, while the more attractive properties overlooking Alamitos Bay and other waterfront homes can easily go for double that amount, perhaps the best way to gauge the vacant lot’s value is by the fact that right next door to it, the lot’s owner has listed a fairly spectacular house he owns for $4.2 million.

It’s like, pay $200,000 more for the lot and they’ll throw in a two-story house with a high-dollar kitchen featuring a six-burner Gaggenau stove top that’ll make you throw away your cheesy Viking, plus a walk-in pantry and a walk-in laundry room.

The four-bedroom, four-bath opens grandly into full-on views of Alamitos Bay and virtually daily spectacular sunsets. The second-floor living quarters sports a large balcony, cathedral ceilings in the master suite and a sitting room with a fireplace.

For your means of transportation, there’s a three-car garage and room for additional vehicles outside, and a 45-foot open-water boat deck giving you access to the bay or ocean without having to duck under the bridges of Naples.

Elsewhere in town, there’s another sweet vacant parcel for sale on the corner of Kennebec Avenue and the eternally bucolic and inviting First Street in the Bluff Park Historic District. 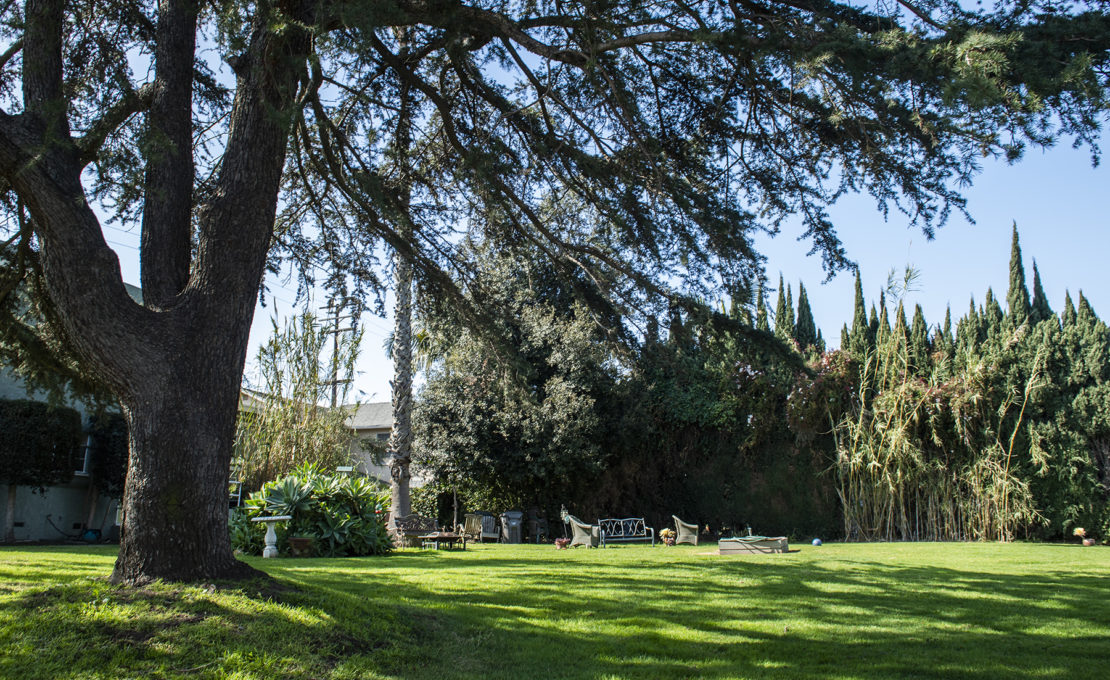 Garden furniture and bird baths fill a green space on the corner of Kennebec Avenue and First Street in the Bluff Park Historic District. The lot is for sale at $1.5 million. Monday, Feb. 8, 2021. Photo by Thomas R. Cordova.

Purchase this lovely 8,500-square-foot lot for $1.5 million and you’ll run the peril of alienating your neighbors who have enjoyed this bit of green space as a sort of de facto park for years and might not be overly pleased if you put up a mini-compound of three two-story Mediterranean style units, each with its own rooftop deck. Construction documents,  including construction drawings, survey, geotechnical report, grading plans, structural plans, landscaping plans, and mechanical, electrical and plumbing plans for the buildings are included in the purchase price.

The property includes an ancient and stately evergreen tree, which is the highlight of the corner and I, for one, intend to riot, along with nearby neighbors, if the future owner monkeys around with that tree. Work around it, or buy the Naples lot instead.