Long Beach police are investigating after a man was found dead early Tuesday morning on the corner of Orange Avenue and Esther Street, which is just south of Pacific Coast Highway.

In a statement released Tuesday afternoon, police said two suspects approached the victim on foot at approximately 1:25 a.m., shot him and fled in a vehicle. It is unclear which or if both suspects opened fire, police said.

“At first, I thought I was dreaming,” said Nadia Hoppes, a churchkeeper at Living Word Missionary Baptist Church, just across from the scene of the investigation. But she quickly realized that it was gunshots that woke her up. “It was loud,” Hoppes said. 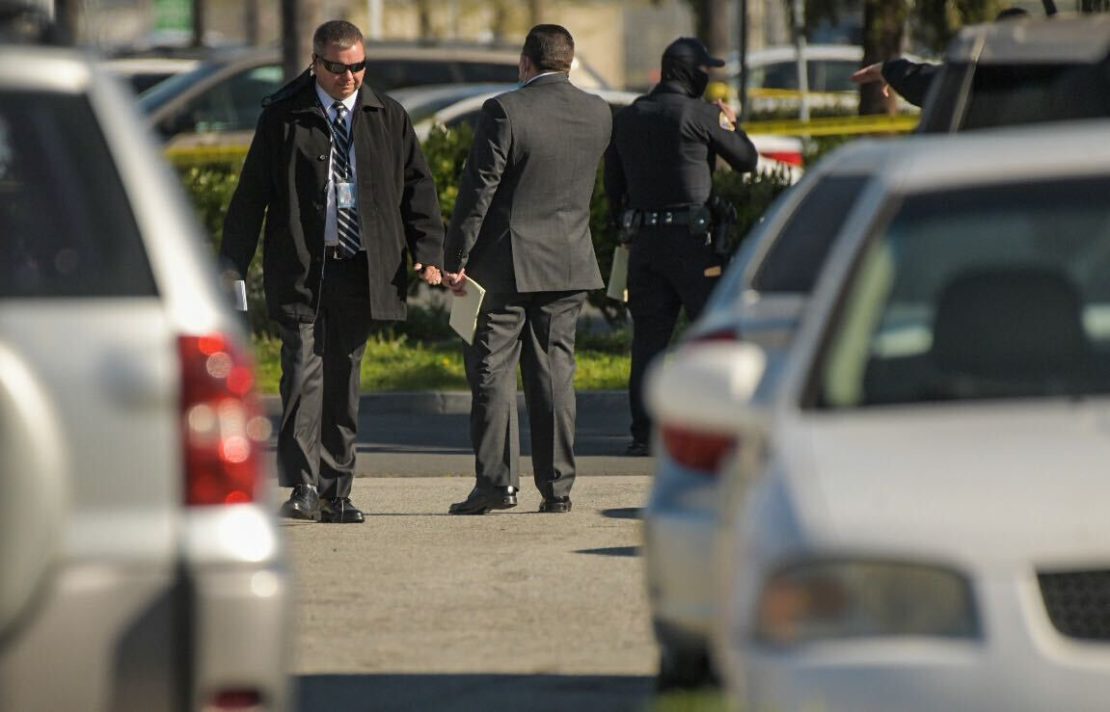 Jimmy Long, another neighbor, said by the time he walked up to his car at 7 a.m., police had taped off the perimeter around the scene. “I couldn’t leave,” said Long, whose car was parked behind the yellow tape.

The victim, who police say is possibly in his 30s, has not yet been identified and is currently in the custody of the coroner’s office, who will identify the victim and notify the next of kin. The motive for the murder is still unknown.

Homicide detectives were still at the scene hours later.

Editor’s note: This story has been updated to include additional information released by the Long Beach Police Department.