A man being sought by police after a shooting and a short pursuit surrendered Thursday afternoon after police surrounded a home in North Long Beach where he was believed to be hiding.

Authorities said the suspect, who they have not identified, surrendered at 3:30 p.m. He was in the garage of a home in the 5500 block of Lemon Avenue, near Market Street. Residents of the home had been evacuated.

The shooting itself occurred at a different residence about a mile away, in the 300 block of E. Hullett Street. Police found bullet casings and strike marks on cars at the scene.

Police said they first responded to reports of a man with a gun at 1:11 p.m. While approaching the area, officers heard gunshots and then saw the suspect get into his car, Richard Mejia, a police spokesman, said.

The suspect led officers on a brief pursuit before crashing into a parked car and fleeing on foot into a residential area, Mejia said.

A California Highway Patrol helicopter assisted in the search and SWAT was called to the scene.

The suspect was taken to a local hospital before being booked, Mejia said.

A woman who is related to the suspect also was arrested for resisting and obstructing a police officer after she rushed the police line, Mejia said. She was held on zero-dollar bail. 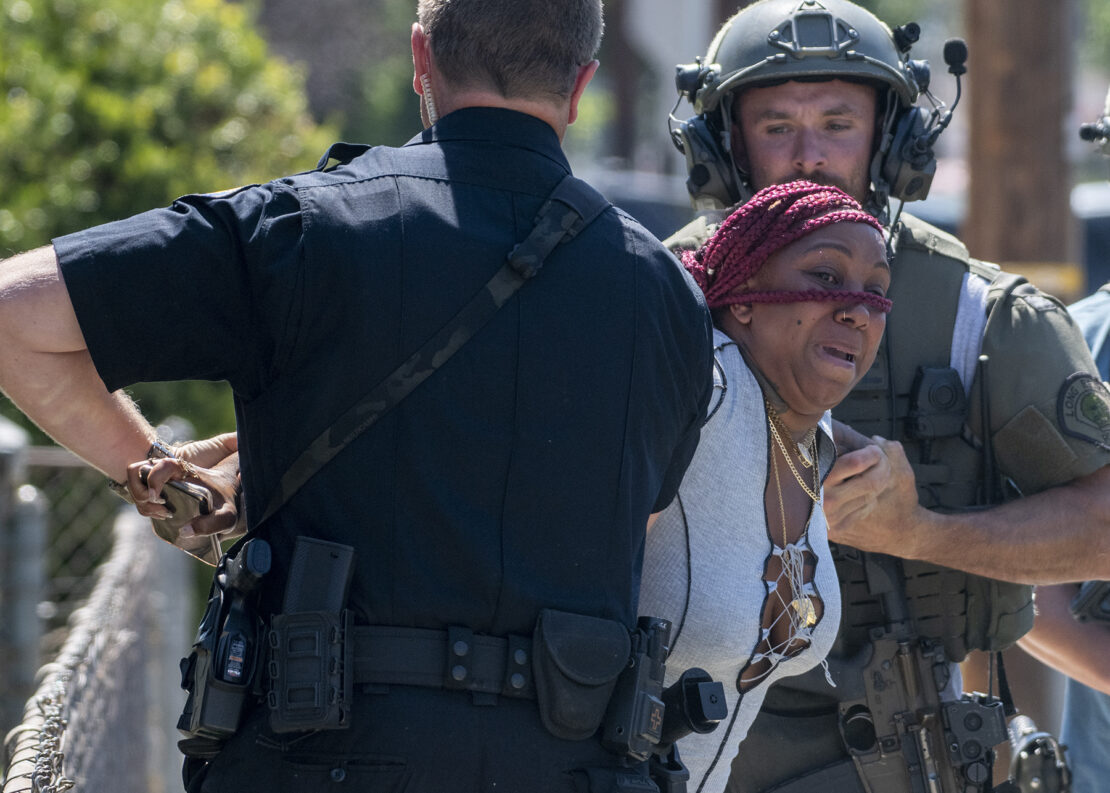 A woman gets arrested as she rushes and passes the police tape as police arrest a suspected shooter after a two-hour standoff in Long Beach Thursday, July 1, 2021. Photo by Thomas R. Cordova.