Despite a global pandemic, the ports of Long Beach and Los Angeles have had a record summer—with some containers being stored at the former Boeing C-17 site, now owned by industrial property developer The Goodman Group.

The Port of Long Beach reported this week it had its best August on record, shortly after reporting that July was its busiest month ever.

The neighboring Port of Los Angeles, meanwhile, has seen cargo movement surge after a slow May, when the coronavirus pandemic first hit. Cargo volume in August was up 12% over the same month in 2019.

“In May we saw our lowest container volumes in more than a decade,” Port of Los Angeles Executive Director Gene Seroka said in a statement. “Since then, there has been a significant replenishment of warehouse inventories. Coupled with retailers planning for consumer holiday spending, it has created a surge of imports.”

A spokesperson for The Goodman Group, which purchased the former Boeing site near Long Beach Airport in 2019, said in a statement that the city of Long Beach approved a short-term license to store the containers “in response to the unprecedented demand the port is experiencing as a result of the pandemic and growth in online retail sales.”

The peak shipping season typically runs from August to October as stores stock up for the holiday shopping season. Demand has been particularly high for goods including home improvement items and home exercise equipment, officials said.

Port of Long Beach officials said that despite the recent surge in volume, uncertainty remains in international trade and the national economy due to COVID-19. 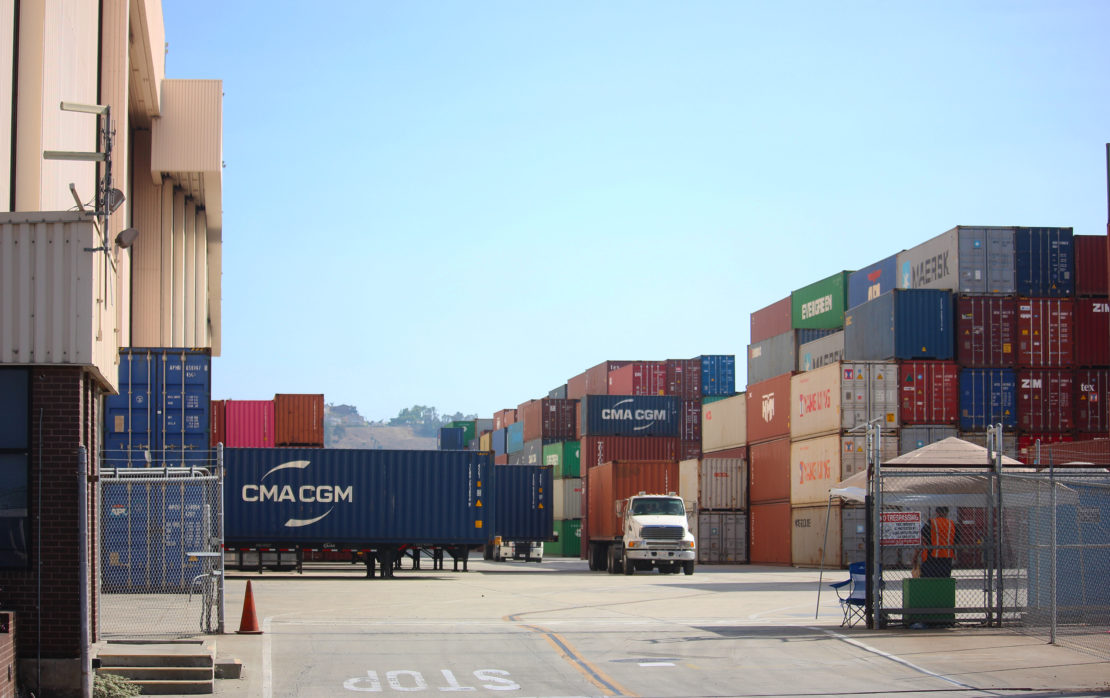 A tuck prepares to depart from the former C-17 site at Long Beach Airport, which is being used as overflow space for the Port of Long Beach, after dropping off a shipping container. Photo by Brandon Richardson.