Long Beach’s oldest film festival and only festival dedicated to the LGBTQ community, QFilms Festival, returns for its 29th year, Sept. 8-11, at the Art Theater.

With 48 feature films, documentaries, and shorts, the festival is intended to elevate and provide visibility to the LGBTQ community, said Carlos Torres, LGBTQ Center Long Beach’s executive director. A portion of the festival’s proceeds support the center’s services.

This year’s festival will be entirely in-person, and attendees will be required to show proof of vaccination, but Torres hopes that future festivals will incorporate both in-person and online screenings, he said.

Organizing the festival takes about 11 months, and is “a labor of love,” said Torres. This year’s film selection process began several months ago, as volunteers sifted through roughly 100 films, prioritizing films by filmmakers of color, women, people with disabilities, and veterans, Torres said.

While media representation of the LGBTQ+ community has improved, there is still work to be done, said Torres, explaining that it took a while before ever seeing a character onscreen who he felt represented by.

Growing up, many of the Hispanic or darker-skinned characters onscreen were often reduced to background roles, and LGBTQ characters tended to be stereotypical portrayals, he said.

“Thinking about my coming of age … gay men were portrayed as the florist or a hairdresser, or the flight attendant, and nothing wrong with any of those of those professions, but we’re more than that,”  Torres said. “While we have made progress, there’s still some representation that needs to be elevated.”

The lineup includes both local and international work, and even includes feature films such as “Bros,” a Universal Pictures romantic comedy directed by Nicholas Stoller that will premiere for QFilms audiences before opening in theaters on Sept. 30. The film, starring Billy Eichner, is the first rom-com from a major studio about gay men and featuring an entirely LGBTQ+ principal cast. 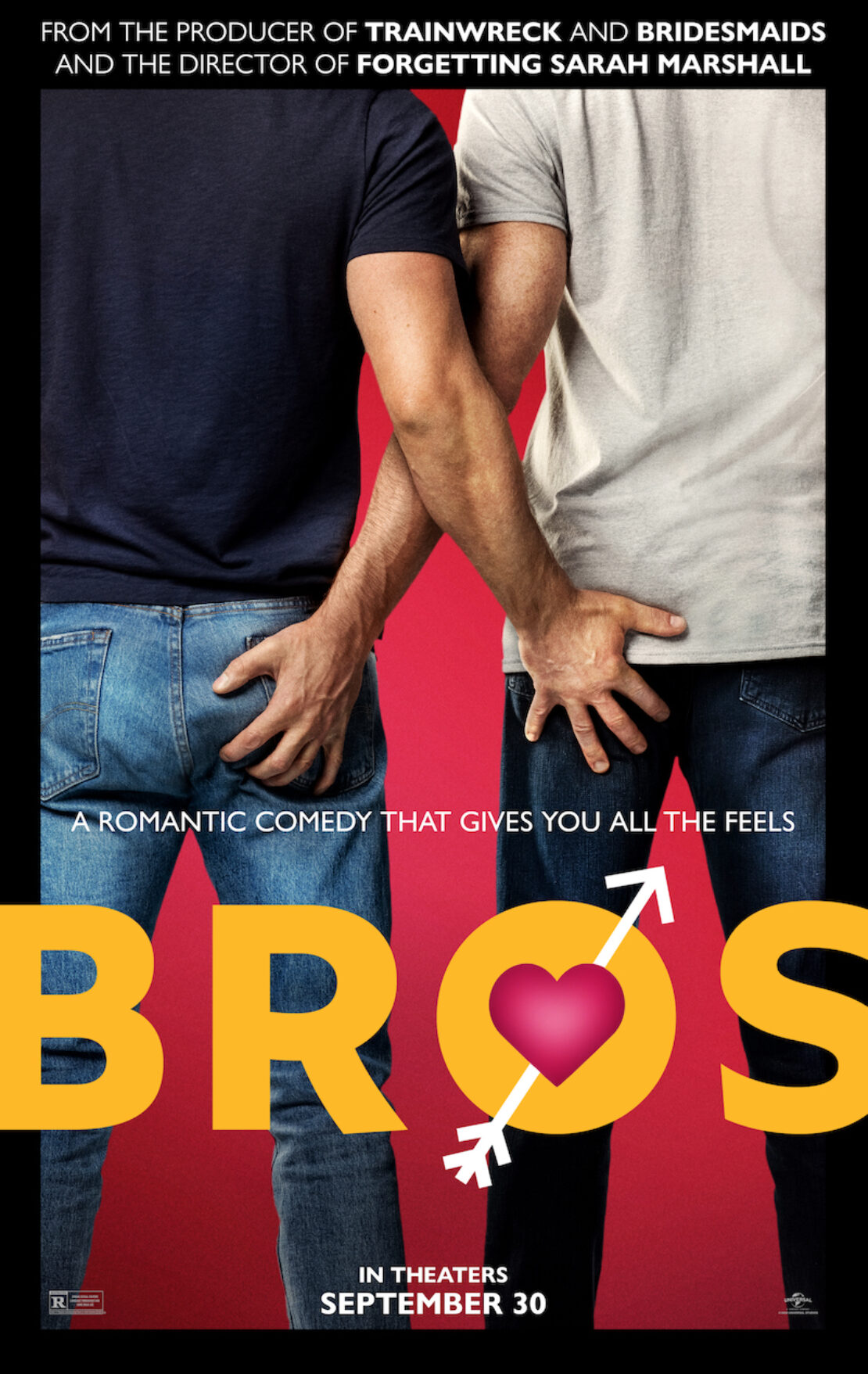 “Bros,” a Universal Pictures romantic comedy directed by Nicholas Stoller will premiere for QFilms audiences on Sunday, Sept. 11 at 8 p.m. at the Art Theater before opening nationwide on Sept. 30. Photo courtesy of QFilms Festival.

“For a major studio like Universal to invest their resources into a major feature like ‘Bros’ is remarkable,” said Torres. “We are very, very excited to have the opportunity to premiere that at our small film festival before it opens nationwide.”

“LA Queenciañera,” a documentary directed by Pedro Peira, shines a light on Bamby Salcedo, an undocumented, transgender Latina human rights activist, as she prepares for her 50th birthday. 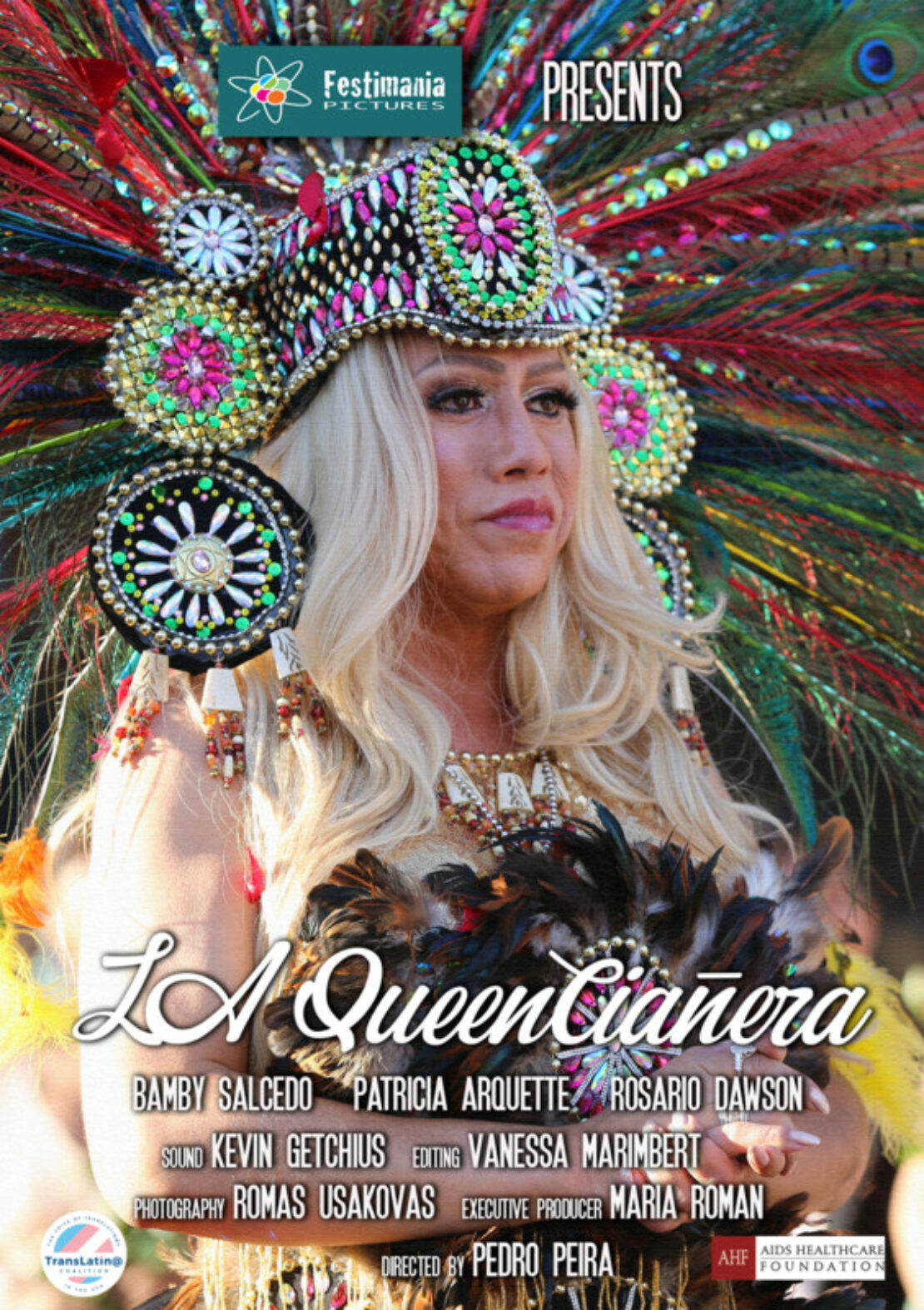 Audiences can attend a screening of “LA Queenciañera,” on Sunday, Sept. 11 at 5:45 p.m. Photo courtesy of QFilms Festival

Salcedo plans on attending the film screening, and several other participating actors and filmmakers are also expected to attend the festival, Torres said,

Through the wide range of films, audiences are able to connect to the films’ portrayals of both the universal and unique experiences of the LGBTQ+ community, said Torres.

“It’s very rewarding to see on the screen people that look like you, but also people that endured many things in their lives,” said Torres. “Those reflections can help us really appreciate … those that came before us, and struggled to give us the opportunity to be as visible as we are today.”

In light of recent threats to LGBTQ+ rights and anti-LGBTQ+ legislation that has been introduced across the county, this representation onscreen is even more important, said Torres.

“All of us who live in California are very fortunate to live in a state that is so affirming to our lives or existence, but unfortunately, that’s not the case across the country,” Torres said. “We have to recognize our privilege … but also reflect on the challenges that some of our brothers and sisters do experience in other parts of the country.”

Apart from enjoying the film screenings, QFilms is an opportunity for community connection, and the weekend will include an ice cream social for youth attendees, and a reception for older adults who participate in the LGBTQ Center’s services. An opening night reception and a Sunday brunch will also be a part of the festivities—a welcome return from more limited celebrations in recent years due to the pandemic.

“Although this is an LGBTQ Film Festival, the intended audience is all of Long Beach, and surrounding communities, because we want others to see, to hear, to learn who we are, and how we are contributing to the fabric of our society,” Torres said. “It is important to continue to have a film festival like ours, because the work is not done, as long as there are places that are trying to erase our existence, we need to have events like this to remind ourselves and others that we’re here.”

Tickets for individual screenings are $14, or attendees can purchase an all-access pass for $130 plus fees. The Art Theater is located at 2025 E. Fourth St.

All additional social events will take place at The Center, 2017 E. Fourth St., including the Opening Night Reception on Sept. 8 from 8 to 10 p.m., the Ice Cream Social paired with a youth and family shorts screening on Saturday, Sept. 10 from 2 to 3  p.m., and a Sunday Brunch on Sept. 12, beginning at noon.