“Wildfires are producing heavy smoke and ash,” she said. “Take caution and avoid activities in areas where you can see and smell smoke.” 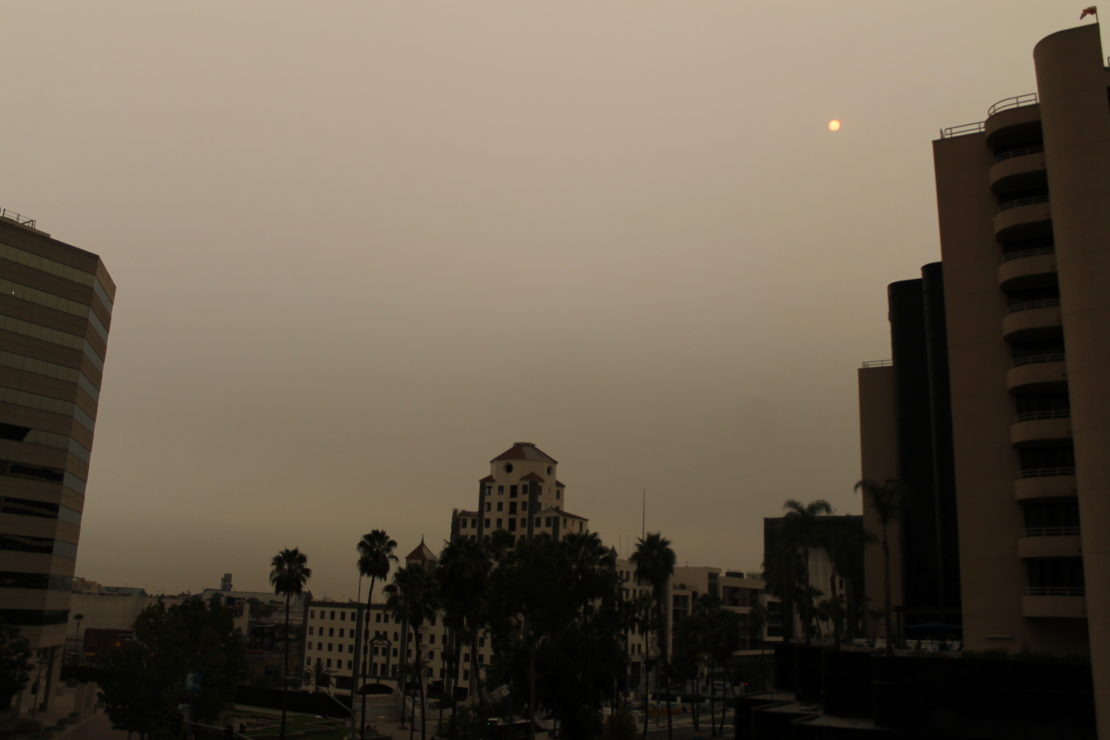 The sun shines through smoke from nearby wildfires in Long Beach on Thursday, Sept. 10. 2020. Photo by Sebastian Echeverry.

People on social media said the air quality was irritating their eyes and throats and posted about finding ash on their patios.

According to air quality data from IQAir, Long Beach could experience hazardous air conditions on Saturday and unhealthy levels into next week.

City officials opened cooling centers with circulating air for families that did not have air conditioning at home and could not escape last week’s heat, however, due to relatively cooler temperatures, Davis said the city is not planning to open the cooling centers this week.

Nicholas said that while they haven’t seen an increase in asthma cases, the smoke is causing more people to report allergies.

“The smoke is made of carbon dioxide, water vapor and small particulates– smaller than a hair,” she said. “That gets deep in your lungs and can cause problems.”