It’s not the best-kept secret among restaurant fans, especially those who live in or near Belmont Shore, but it’s been confirmed that South of Nick’s Mexican Kitchen, part of the Irvine-based ever-expanding chain of NIck’s restaurants that includes the popular Nick’s on Second, will be opening in the Shore at 5354 E. Second St.

“I’m super excited; it’s one of my favorite restaurants,” said the property’s owner Aaron Tofani, a Belmont Shore resident and businessman who’s active in the area as a current member of the powerful Belmont Shore Parking Commission and board member of the Belmont Shore Business Association. “It’s a great fit for the Shore.”

The upscale South of Nick’s currently has beach area locations in San Clemente and Laguna Beach. Long Beach will also join those two cities in having both a South of Nick’s and the more traditional Nick’s.

South of Nick’s has already unanimously passed a Long Beach Cultural Heritage hearing regarding its plans for adaptive reuse of the 1929 Spanish Colonial Revival building, the former Bank of Belmont Shore, a Long Beach Historic Landmark. 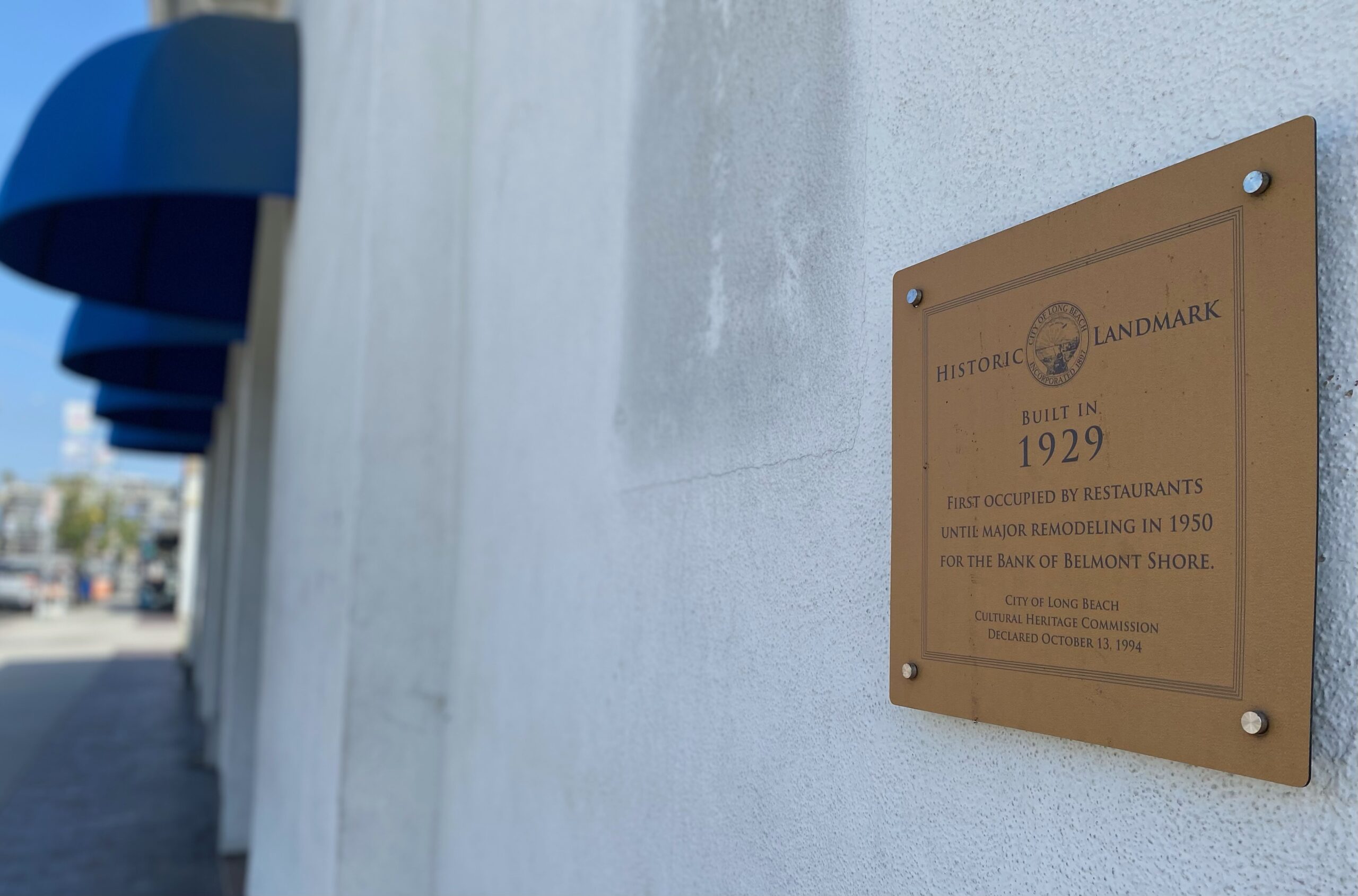 Messages requesting comment from the chain’s market and development department were not answered Wednesday.

The building was originally a one-story building designed by Long Beach architect/engineer Ray A. Sites. The building featured stucco walls, red tile roof, arched windows and a corner tower element. It has its roots in the restaurant business, with an eatery named Patty’s Restaurant being the first business to occupy the commercial building.

The architecture retained the Spanish Colonial touches, which should fit well with the South of Nick’s Mexican theme. Exterior modifications planned for the building include the removal of existing storefront windows, installing new wall tiles along the perimeter of the archways, and the construction of a new outdoor patio.

There is no opening date set for South of Nick’s, but Tofani expects it to open sometime next year.

For a sneak preview, you can visit the restaurants in Laguna Beach at 540 S. Coast Highway, or in San Clemente at 110 N. El Camino Real.