Shared Science began in 2008, when Michelle Wells, Jennifer Crans, and Trish Tsoiasue were all moms to second graders in the Long Beach Unified School District.

With aging computers and little class time dedicated to technology or engineering topics, the three recognized a change that had to be made.

“We just thought that there was this huge need, because we felt that having access to technology and understanding how the world works would be essential for our second graders when it came to be their time to pursue careers,” said Wells.

The benefits to a STEM education are clear, explained Wells—on average, those who use technology in the workplace earn 14% to 27% more than those who do not, and salaries for non-STEM-related jobs earn roughly half of people in those fields.

“So that directly links to future quality of life and health and equitable opportunities for youth, by just encouraging them to embrace this language of technology and become advocates themselves for STEM-related topics,” said Wells.

The kindergarten through twelfth-grade students in Shared Science’s STEM in-school, after-school, summer, and special event programming build upon concepts over the years, starting by discovering engineering through Legos, and exploring coding with robots— all activities that are meant to spark curiosity and ignite learning.

But introducing STEM to youth is more than just the individual topics of science and technology, engineering and math, said Wells.

“It’s more about the integration of those topics and responding to real-world topics and providing real-world problem-solving techniques,” she said.

It’s also about introducing these topics early, and combatting certain stereotypes that may come with the territory, Wells said. 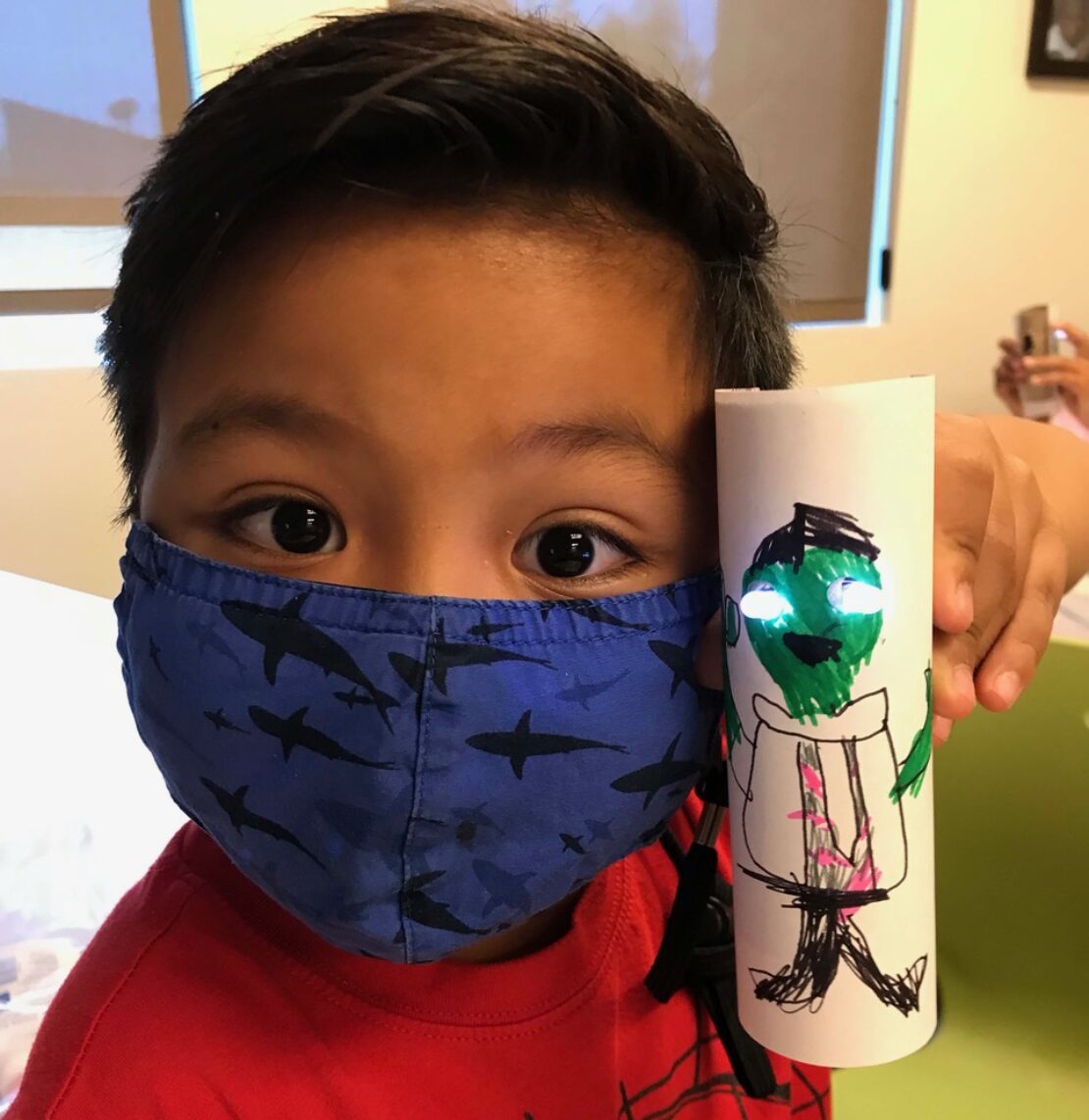 Shared Science believes that the earlier students are introduced to STEM topics, the more comfortable students will remain as the topics become more complex. Photo courtesy of Shared Science.

“There are so many kids who are set on this difficult trajectory of catch-up with their peers because they just don’t have access to the right tech or even knowledge in some families about the importance of STEM education,” said Wells. “You want to start early, begin fostering those positive attitudes, so that even first graders who are experiencing some math anxiety won’t hold on to stereotypes like math is hard, or more more importantly, in computer science, that coding is just for boys or just for nerds.”

For women and people of color in these fields, there can be even more barriers to combat, both as a student and later on when working in the industry, said Wells.

“We have seen such a change in family perspective for girls participating particularly in the last five years,” said Wells. “But when we first started, it was primarily boys, like 70, 80% boys, and tracking over the last few years, we’re now up to 41% girls, so we’re getting closer but it’s still not 50-50.”

Shared Science aims to make the introduction to STEM as seamless as possible, going directly into schools and community sites so that families can avoid complicated enrolling processes, said Wells.

Creating accessibility is key to combatting the added barriers, and this is accomplished partially through scholarship-based programs, such as a week-long Tech Girls program for middle school and high school girls in the first week of August, said Wells.

Collaborating with other organizations such as the Salvation Army and the Boys and Girls Club also allow Shared Science to offer no-cost programming thanks to private funding, said Wells.

“We want to impact their self value and motivate them to consider that a STEM pathway is truly viable,” said Wells.

Since its incorporation as a nonprofit in 2009, the organization has expanded its reach from just Lowell Elementary and Naples Elementary to 15 school sites and then to offering elementary robots at another 13 schools in 2019.

Of course, over the past couple of years, services were severely limited, and the focus of this year is on rebuilding, with a major emphasis on expanding its staff of instructors, class aids, and those with a passion and curiosity for STEM topics, said Wells.

Returning to schools in-person this past March, was “eye opening,” said Wells. “We became very aware of social, emotional learning issues where it was very difficult for students to pay attention and be able to think critically and so we had to make adjustments.”

Students nowadays are more fearful of failure, said Wells, who has observed that many students are eager to find the right answer immediately.

“Our whole job has been, a lot of success comes out of failure, so it’s okay that it didn’t work the first time, what’s more important is the process of inquiry,” she said.

Despite the difficulties navigating the new needs of students, Shared Science instructors continuously and successfully revamp lessons and activities that will engage students and hold their interest, explained Wells.

For instance, Wells recalled a recent lesson that illustrated bridges and how they break to kindergartners.

While a kindergartner may not remember vocabulary words such as compression and tension and gravity, they will understand the lesson, said Wells.

“They will take with them at that core, the delight in failure and in success as they move through their exploration of future science topics,” she said. “This two-year hiatus, it wasn’t for naught, we’re back and we are making a difference, we know that we can engage students and and get them excited.”

Get in touch with Shared Science by contacting [email protected], and check out the organization’s upcoming summer programs.