The United States Supreme Court today has overturned Roe v. Wade, the decision that guaranteed the right to have an abortion. Lawmakers from Southern California have responded, with one saying it is dangerous and divisive.

The ruling, ending the 49-year-old decision, puts abortion policy at the discretion of states, many of which have restricted and outlawed the procedure in recent months. California has done the opposite, pledging to protect abortion access.

As California’s chief law enforcement officer, I want you to know this SCOTUS ruling does NOT change your rights in California.

The Supreme Court’s 5-4 ruling is being described as the most significant curtailing of an established constitutional right in the court’s history.

The opinion written by Justice Samuel A. Alito Jr. is similar to a draft that was leaked to Politico in May.

“We hold that Roe and [the 1992 Planned Parenthood vs.] Casey must be overruled,” Alito wrote. “The Constitution makes no reference to abortion, and no such right is implicitly protected by any constitutional provision, including the one on which the defenders of Roe and Casey now chiefly rely—the Due Process Clause of the 14th Amendment.”

Many politicians in Long Beach and Los Angeles reacted with shock and outrage. A protest is scheduled in front of the Governor George Deukmejian Courthouse at 6 p.m. today as part of a national day of action in response to the ruling. 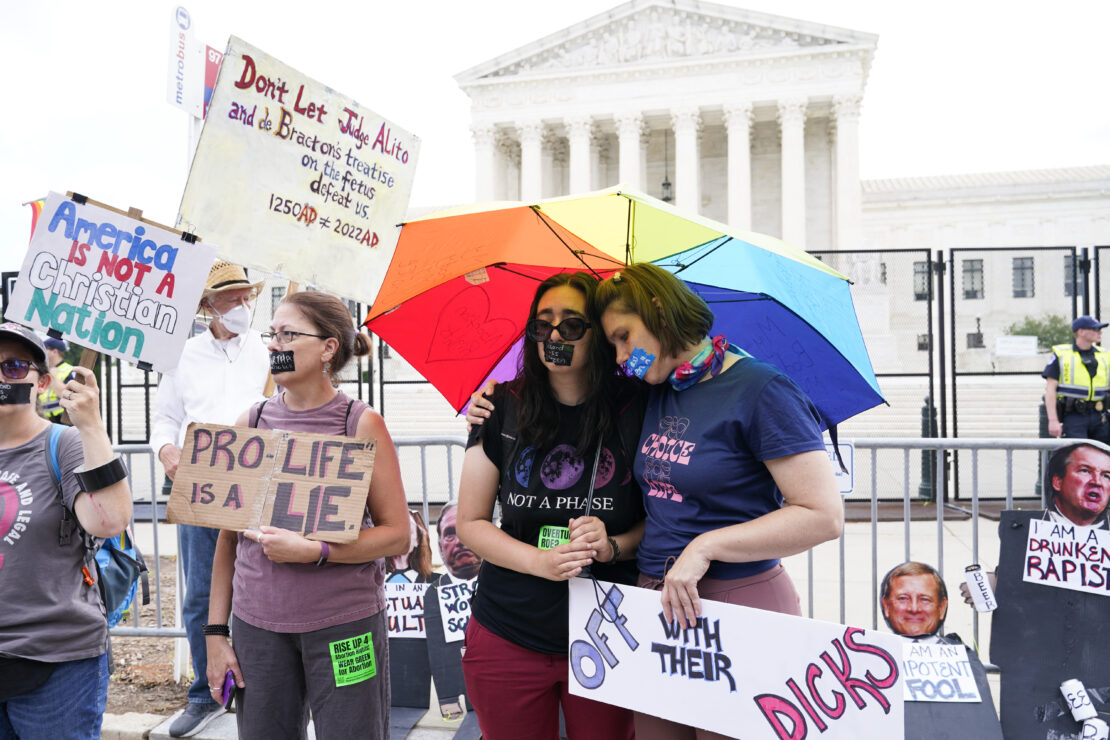 Abortion-rights activists react outside the Supreme Court in Washington, Friday, June 24, 2022. The Supreme Court has ended constitutional protections for abortion that had been in place nearly 50 years in a decision by its conservative majority to overturn Roe v. Wade. (AP Photo/Jacquelyn Martin)

“This is devastating. I never imagined we would be a country where my granddaughters would have fewer rights than I did depending on where they live,” Los Angeles County Supervisor Janice Hahn, who represents Long Beach, said in a statement. “This ruling will not end abortion—even for women living in red states. We must ensure that California and pro-choice states across the country continue to be a haven for reproductive rights.”

Los Angeles Mayor Eric Garcetti joined 10 mayors from across the country in issuing a joint statement on abortion rights.

Robert Garcia of Long Beach, Todd Gloria of San Diego, Vicente Sarmiento of Santa Ana, Paige Cognetti of Scranton, Penn., Tishaura Jones of St. Louis, Sam Liccardo of San Jose, Lori E. Lightfoot of Chicago, Libby Schaaf of Oakland,  Darrell Steinberg of Sacramento and Satya Rhodes-Conway of Madison, Wis. signed the statement declaring their cities will continue to serve as places where women and all people can make their own reproductive decisions.

“We commit to using every tool at our disposal as mayors to stand up for women in the face of attempts to deprive them of fundamental rights—and call on our leaders in Congress and our statehouses to reverse the impacts of this decision and protect a woman’s right to choose,” their statement said. “Further, the draft opinion overturning Roe opens the door to the repeal of many privacy-based rights that form the basis of our society and underpin the very concept of American liberty. These freedoms, including the freedom to marry the person you love free of discrimination, are under threat with this decision. We cannot allow this egregious attack on the progress our country has made.”

This is a dark and horrific moment for our country. We cannot lose hope and we must fight back with everything we have.

Rep. Adam Schiff (D-Burbank) said the decision is a betrayal of the commitments made by recent justices during their confirmation hearings, who indicated under oath they would uphold decades of legal precedent.

“It is a repudiation of some of our nation’s most cherished values, from the right to privacy to the right of everyone to make their own healthcare decisions,” Schiff said in a statement.

Schiff said the Supreme Court’s decision did not happen in a vacuum and has been in the works for years.

“Make no mistake, this court is not conservative—it is partisan, with a partisan and socially backward agenda,” he said.

Chief Justice John G. Roberts Jr. concurred, but did not join the majority opinion. He said he would have upheld a Mississippi 15-week ban on abortion but would have not overturned Roe v. Wade.

“The court’s decision to overrule Roe and Casey is a serious jolt to the legal system,” Roberts wrote.

After Roe: What happens to abortion in California?