Long Beach’s top health officer said Wednesday that officials missed out on early information about how the coronavirus was spreading locally because of a lack of supplies.

A nationwide lag in available tests and shortage in materials needed to perform those tests has now left Long Beach—one of the few cities in California with its own health department—struggling to catch up. And local health officials say it has prevented the city from getting an early grasp on the infection rate.

Now, weeks after the COVID-19 outbreak arrived, the city is triaging where tests should be used to prevent the disease from spreading among first-responders and health care workers.

“I wish we could have tested more people, especially a couple weeks ago. It really would have provided us with more information about what is going on in our community and given us an early warning system,” Long Beach City Health Officer Dr. Anissa Davis said in an interview. “But at this point, we know it’s in our community.”

As the coronavirus pandemic began, Long Beach was slow to receive test kits because federal and state officials prioritized other jurisdictions that had more confirmed cases, according to Davis.

Davis said the city’s health department received its first round of test kits last week and has since tested 60 people. Those numbers don’t indicate how many Long Beach residents private labs have tested. Private labs are only required to report positive results to the city.

While the city doesn’t have exact numbers, Davis said she believes a few hundred people in Long Beach have been tested in private labs. 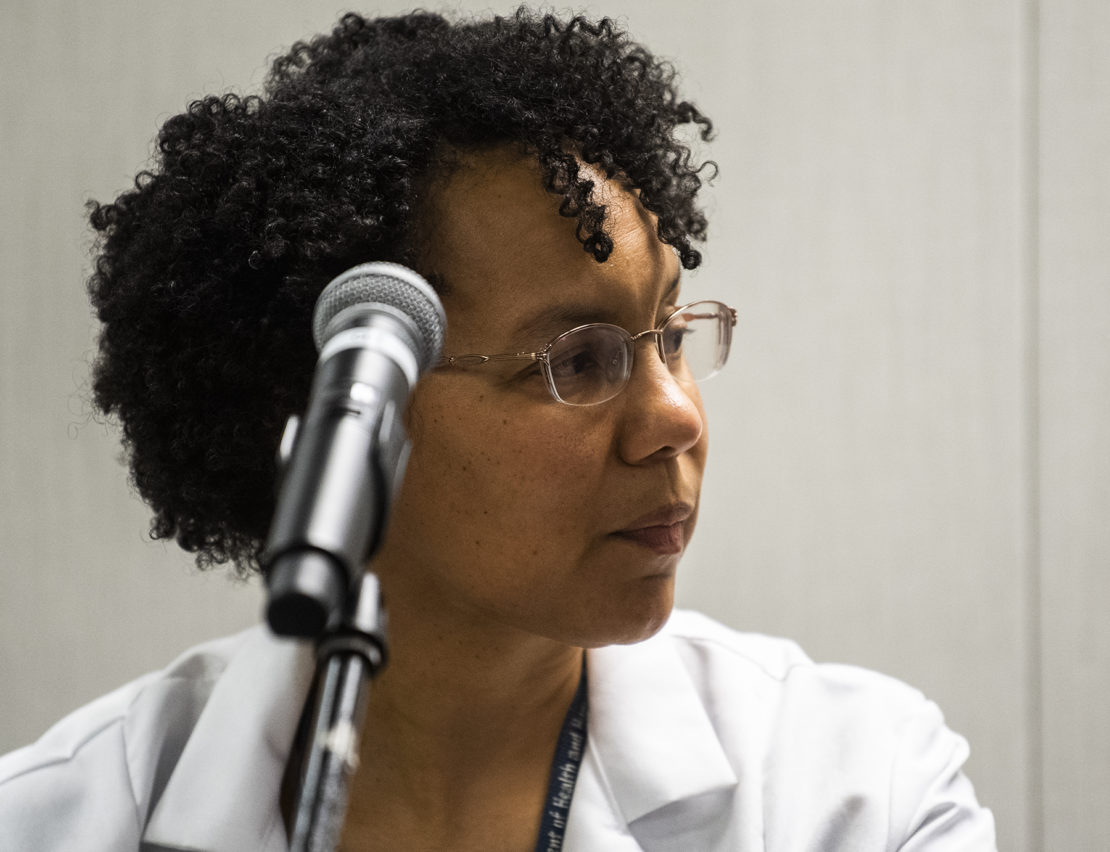 Dr. Anissa Davis, Health Officer for the City of Long Beach, talks during a media conference along with Long Beach government and health officials about the COVID-19 virus In Long Beach on Thursday Feb.27, 2020. Photo by Thomas R. Cordova.

The Untied States as a whole has been slow to ramp up testing for coronavirus after the initial round of tests from the Centers for Disease Control were found to be flawed. Dozens of private labs have since come online but they are struggling with a backlog.

The test shortage has prompted state and local health officials to urge doctors to be selective in whom they screen for COVID-19. The Long Beach Health Department, following state guidelines, has recommended against testing patients with only mild respiratory symptoms. Instead, people with mild symptoms are urged to manage the disease at home.

Long Beach was previously sending samples to be tested in other jurisdictions before it received its kits. The city is now testing in its own lab, which has the capacity to test about 25 cases a day, Davis said. However, the lab is limited for now due to a shortage of materials needed to perform the tests, which is a nationwide problem, she said.

Long Beach has a few hundred available tests, but those are being conserved for health workers, first-responders, seniors and other high risk groups, Davis said.

“The important thing is we’re trying to test the people where it makes a difference, which is exposed health care workers or those who are seriously ill,” she said. “It’s not really a good use of scarce resources for people to be coming in to test for mild symptoms.”

As of Wednesday, Los Angeles County has tested 6,300 people, with about 11% of those people testing positive.

Statewide, approximately 26,400 people have been tested as of Sunday afternoon, according to state numbers. Of those, 1,733 had tested positive. More than 14,317 results have been received and 2,100 were pending.

In Orange County, 2,159 people had been tested by the county’s lab and commercial labs as of Tuesday. Of those, 152 tested positive. The county had kits available to test 1,390 specimens.

Davis said the city has ordered more supplies for test kits but will likely have to wait. For now, people with mild symptoms are urged to stay home as the region braces for an increase in cases.

“The message is, if you’re not feeling well, do not go outside, do not go to work and just stay at home,” Davis said. “The best thing we can do right now is to make sure we’re practicing social distancing and making sure we’re washing our hands and disinfecting surfaces. If we do it now, it’s going to pay off later.”