“My brother reached out four weeks ago. He told us that it’s just very inhumane in the prison—there’s no way to social distance,” protest organizer Sandra Hines said.

Her brother, whom she said she preferred not to name, has been in custody for four years for a nonviolent crime, with 10 years remaining on his sentence. He has been on Terminal Island for one year.

“His cellmate was sick and coughing really bad and they just neglected him and didn’t separate them,” she said. 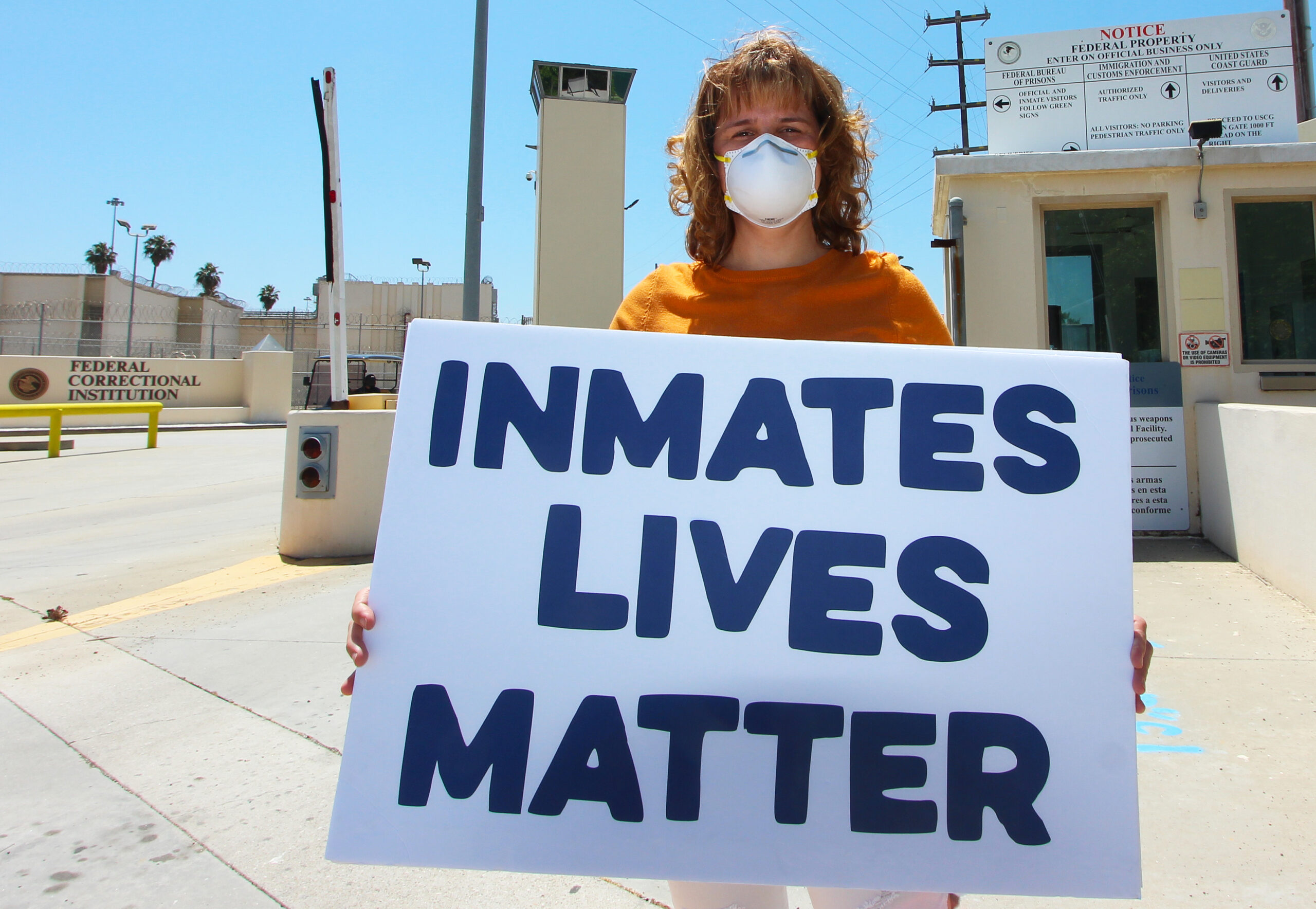 Sandra Hines, 40, was one of the organizers of a protest outside of the Terminal Island prison, Friday, May 1, 2020. Her brother has been incarcerated at the facility for over one year. Photo by Brandon Richardson

The Terminal Island prison houses 1,051 inmates. According to data released by the Federal Bureau of Prisons, Friday, 615 (58.5%) inmates have tested positive for COVID-19, five have died from the virus. Eleven staff have also tested positive.

Protester, Jennifer VanAtta, 47, whose husband has served nine years of a 30-year sentence, with one year on Terminal Island, said the prisoners’ eighth Amendment rights, prohibiting cruel and unusual punishment, are being violated.

“I was told that they were living in a warehouse that is infested with bats and pigeons,” VanAtta said. “He said there are rodents in there, there is no heat, no running water—it’s unacceptable. Not even animals live like that.” 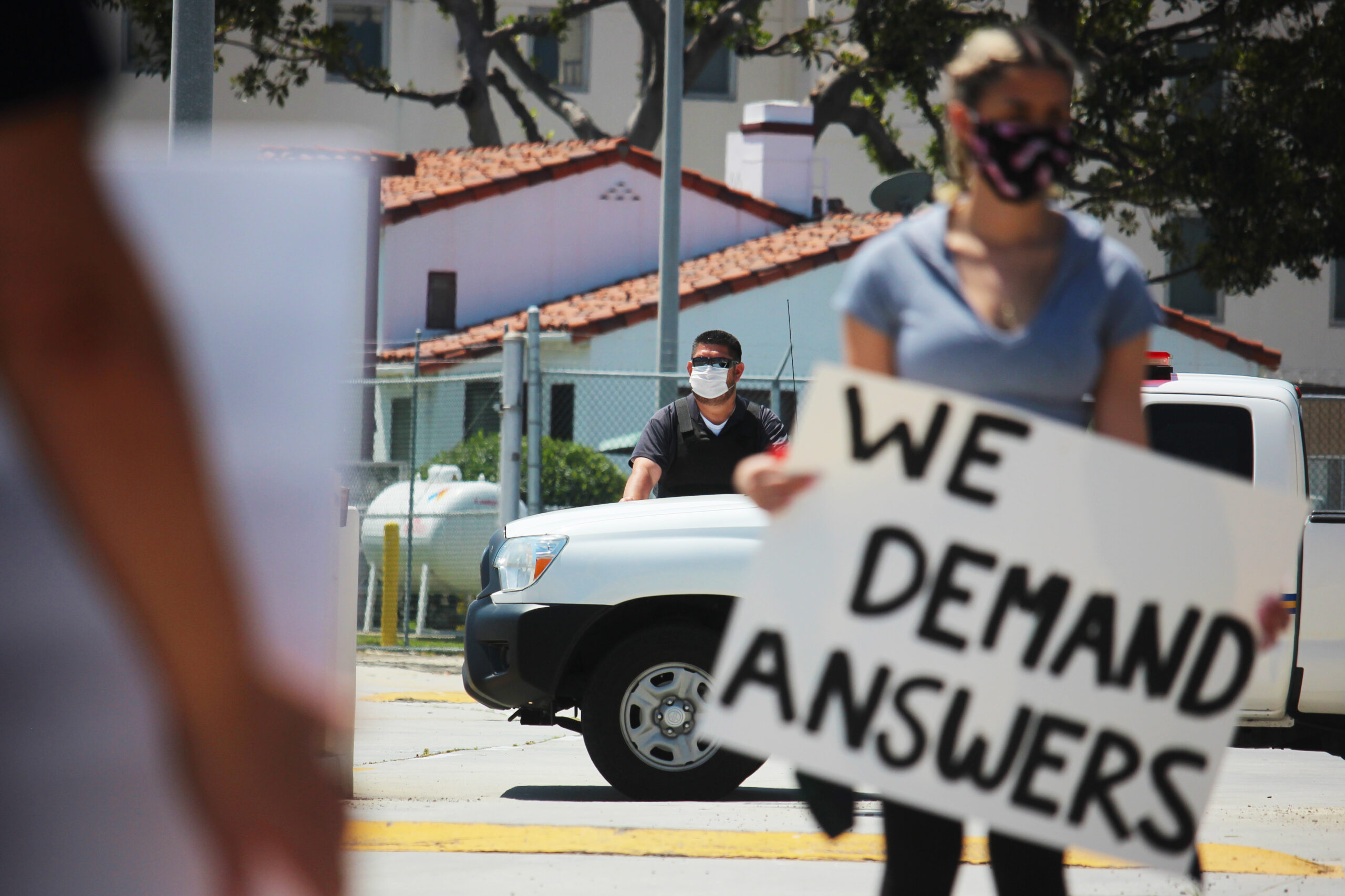 Federal prison guards blocked the entrance to the Terminal Island prison while nearly two dozen protesters gathered at the facility, Friday, May 1, 2020. Photo by Brandon Richardson

Protesters said that house arrest is the most viable option to protect nonviolent criminals from contracting the virus.

In addition to living conditions, protesters said there has been no communication between the prison and families of inmates, leaving many in the dark about the condition of their incarcerated family member.

I haven’t heard from my brother in two weeks. I want to hear from him,” protester Jackeline Vasquez said. “I’m anxious to know his condition.”

Congressman Alan Lowenthal, (D-Long Beach), whose district does not include the facility, said multiple members of Congress are “not happy” about the response of the federal prison system to COVID-19. He stated that, like nursing homes, the confined conditions of prisons are a prime location for the fast spread of the virus.

“The Federal Bureau of Prisons may have made a critical mistake along the way,” Lowenthal said. “They did not have the prison guards wearing masks. They thought that would scare the prisoners, they did not want to have them wearing masks—a very silly mistake.” 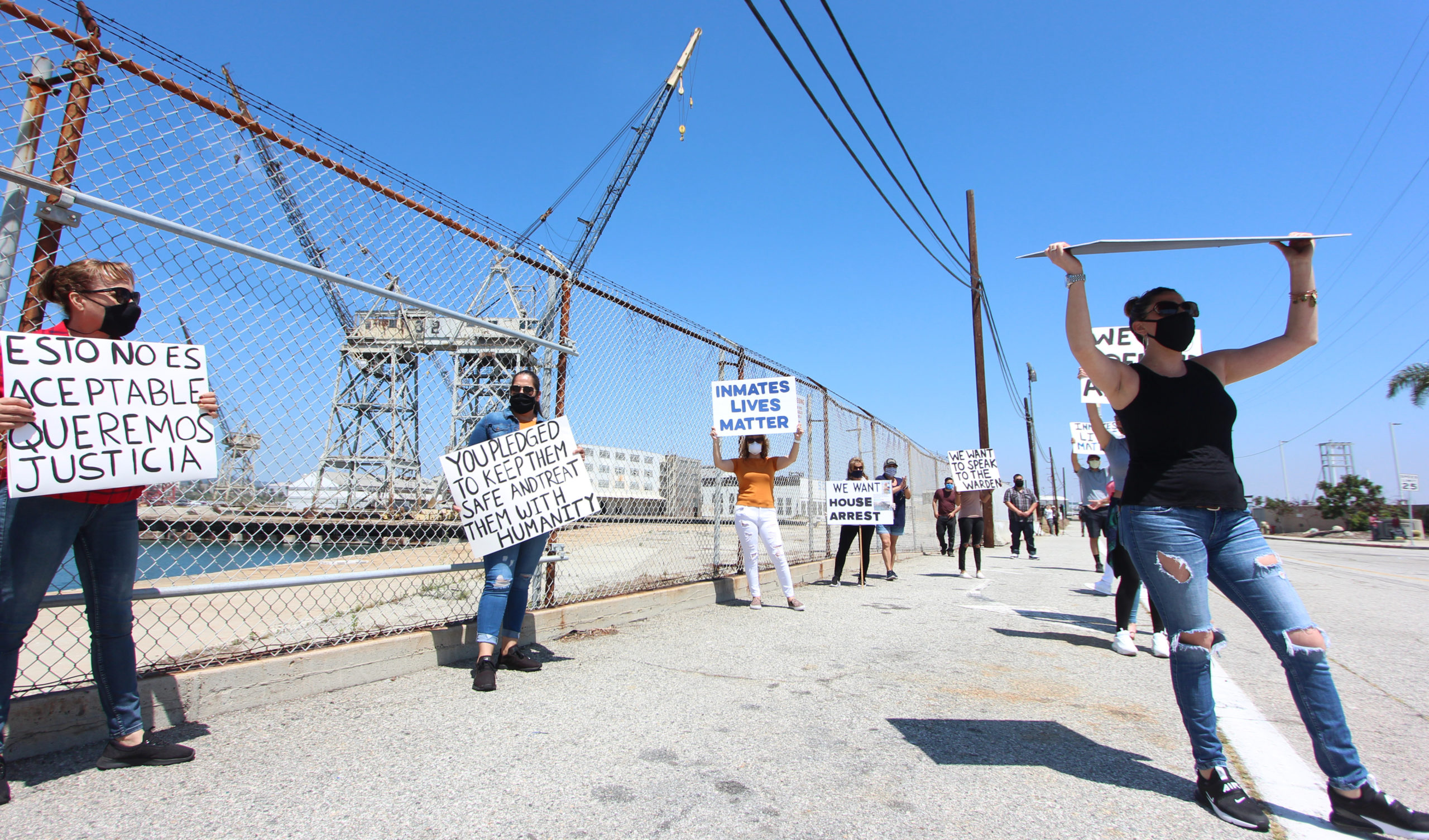 Protesters gathered outside of the Federal Correctional Institute Terminal Island in San Pedro, Friday, May 1, 2020. Photo by Brandon Richardson

Lowenthal said the Terminal Island leadership claims it is testing at a higher rate than other federal prisons, which is why it has more cases. He said that the prisoners who are dying across the country tend to be older, but he added that the system was not prepared for the spread of the coronavirus.

“Their lives matter. They’re inmates and have broken the law but they are still people. They weren’t sentenced to the death penalty,” Hines said. “They’re sitting ducks. It’s gonna be a mortuary in a few weeks if they don’t do something.”