The year 2020 will forever be remembered as the year of COVID, but there was much more to life in Long Beach as we all worked and lived around the virus—from protests in the street to the drama of the elections to creative accomplishments and obstacles overcome through bravery and persistence.

The visual team of the Long Beach Post was there throughout the year, capturing the wide range of drama and emotion. What follows are the images that best capture the events, both large and small, in 2020 in Long Beach. 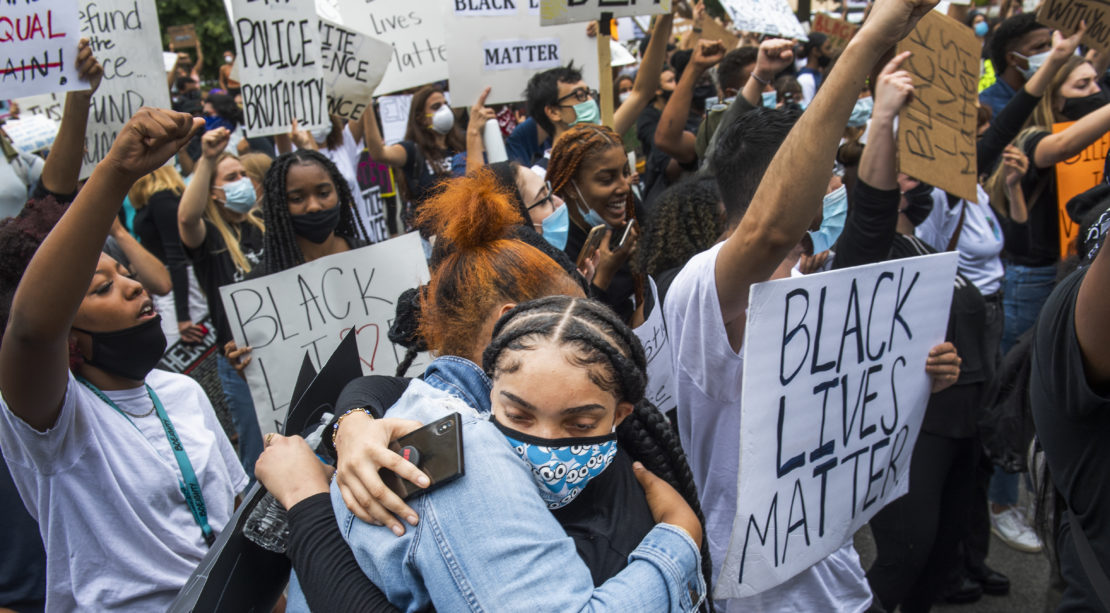 Two protesters comfort each other as hundreds of people gathered to march to the Lakewood sheriff’s station from Long Beach City College while calling for police reforms in the wake of George Floyd’s death, June 5, 2020. Photo by Thomas R. Cordova. 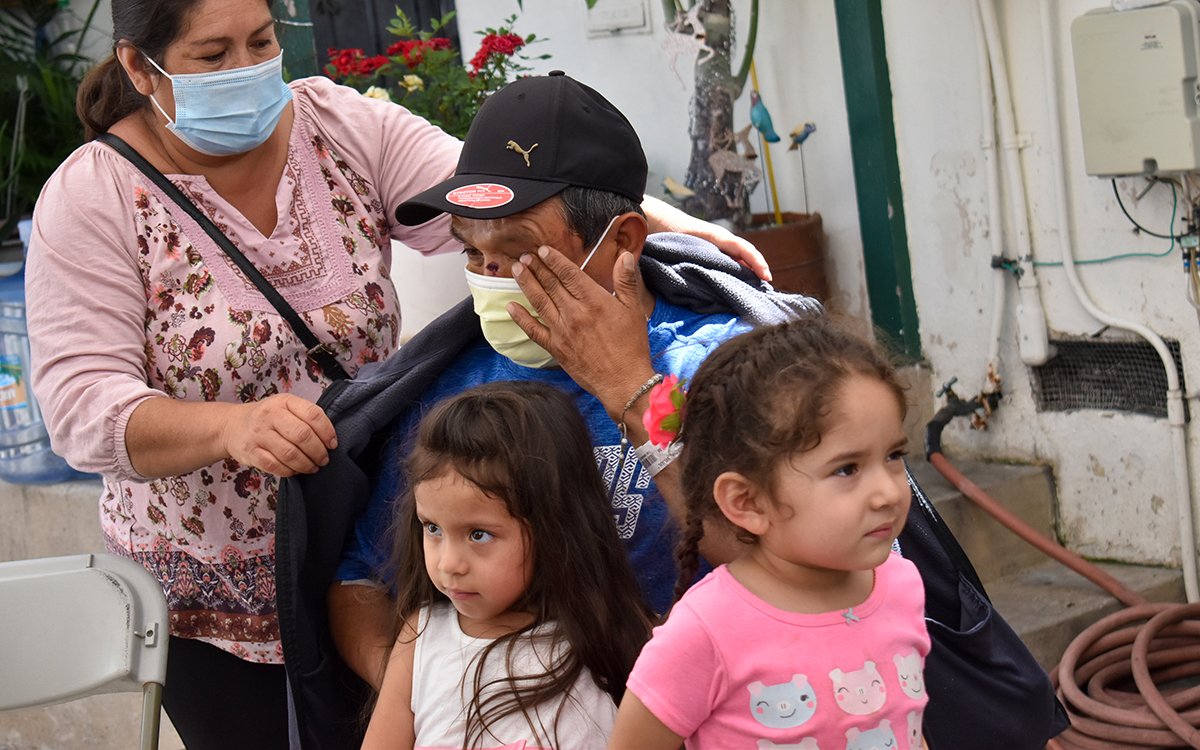 Viliulfo “Bililfo” Fernández rubs his eye as he’s surrounded by loved ones after returning from Long Beach Memorial Medical Center on Tuesday, June 30, 2020. Fernández was violently robbed by two men while he sold elotes (corn) in his neighborhood the day before. Photo by Crystal Niebla. 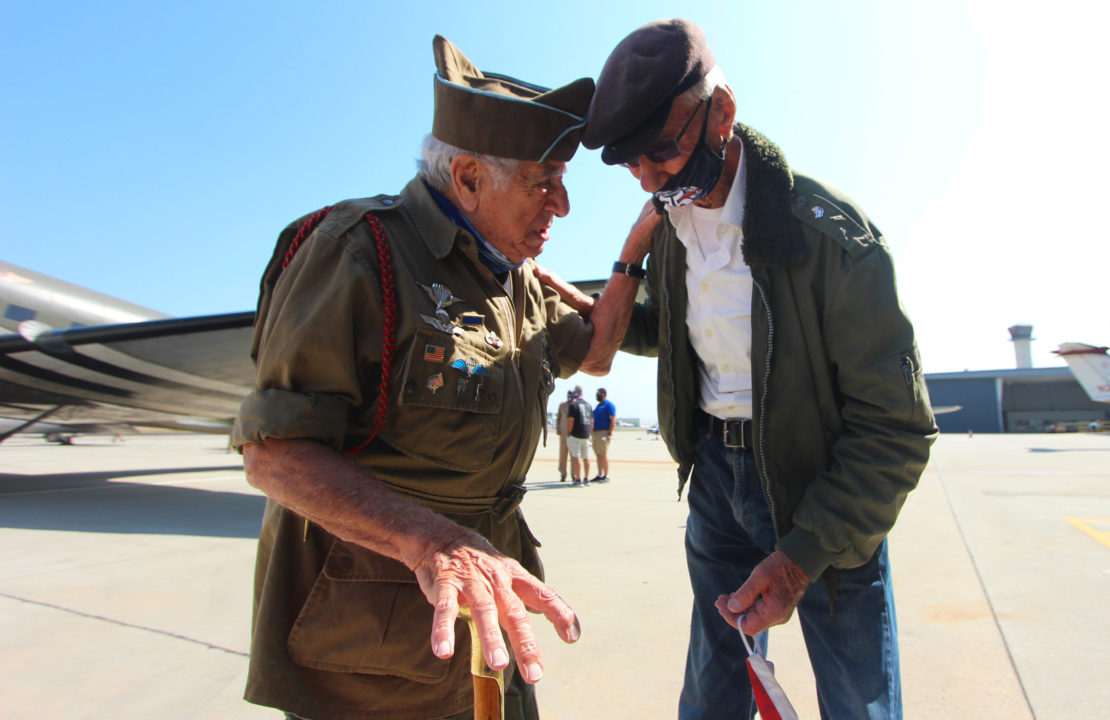 Paratrooper and liberator Vincent J. Speranza, 95, left, and Holocaust survivor Joshua Kaufman, 93. Speranza was among the troops who liberated Kaufman from the Kaufering concentration camp more than seven decades ago. The two men met for the first time during an event celebrating the 75th anniversary of Victory over Japan Day, Sept. 2, 2020. The two men recounted their experience of that day, more than once breaking down into tears. “The ovens were still smoking with bones in them. There was a pile of bodies thrown out like garbage—babies, men, women, children,” Speranza said. “We were in a fog of anger and shock. I can’t forgive it, I can’t forget it.” Photo by Brandon Richardson. 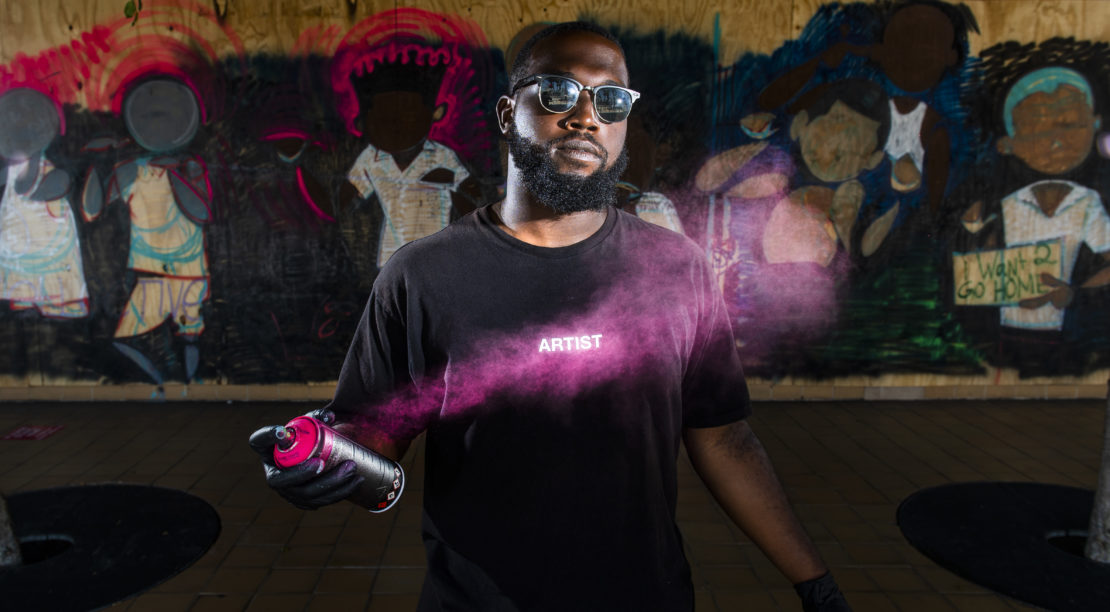 Long Beach artist Vlad paints on boards on a building at the corner of Broadway and Long Beach Boulevard in Long Beach Monday, June 22, 2020. The piece will be called Kids in Cages. “We need this. We need this so the people who are angry like that, who don’t take the time to think, can see something that will stop them and actually calm them down,” Vlad said. Photo by Thomas R. Cordova. 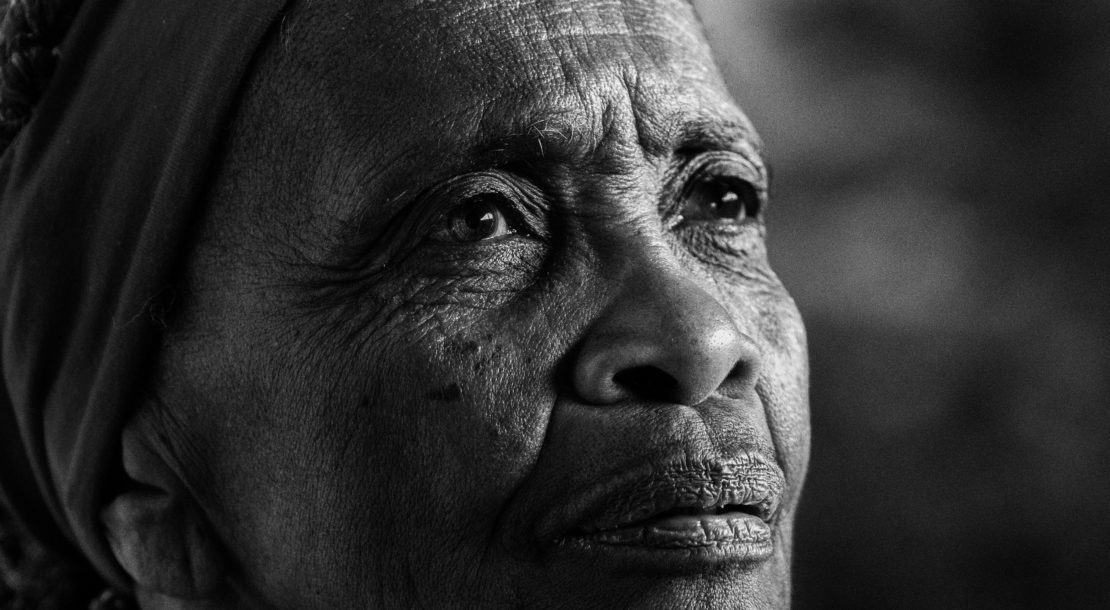 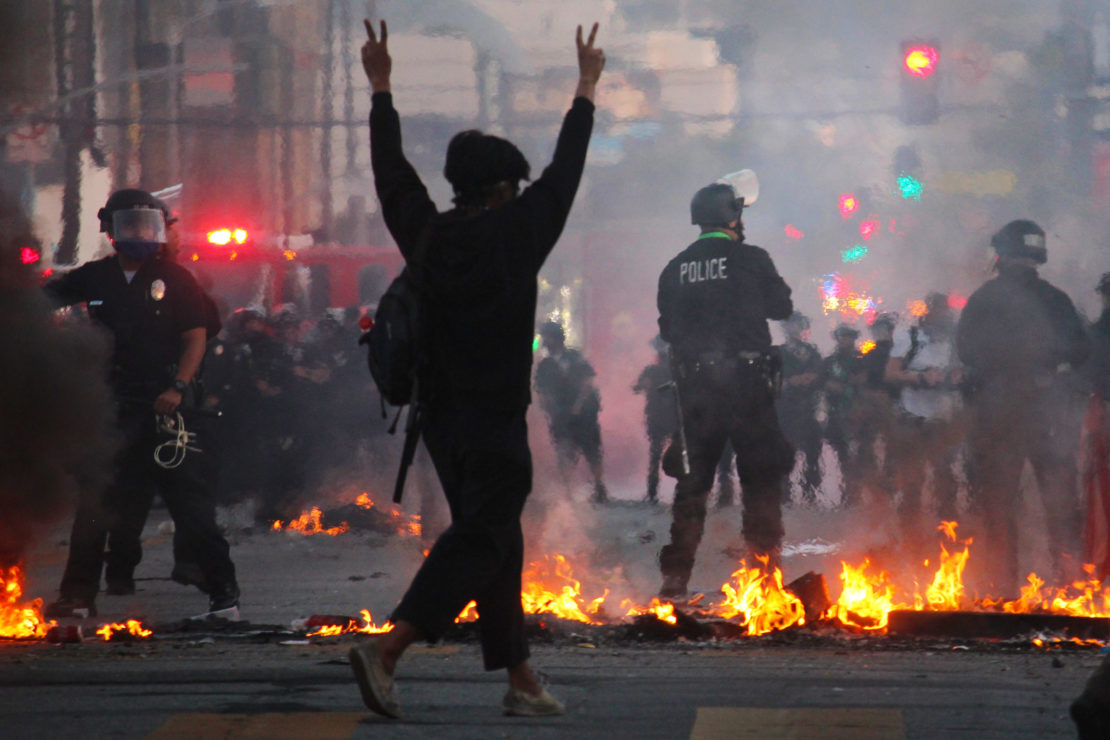 A protester throws up peace signs while debris burns in LA’s Fairfax District on Saturday, May 30, 2020. A day of peaceful protesting against police brutality following the death of George Floyd in Minneapolis evolved into looting, riots and fires, a precursor to a similar scene in Downtown Long Beach the following day. Ultimately, dozens of people were detained. Photo by Brandon Richardson. 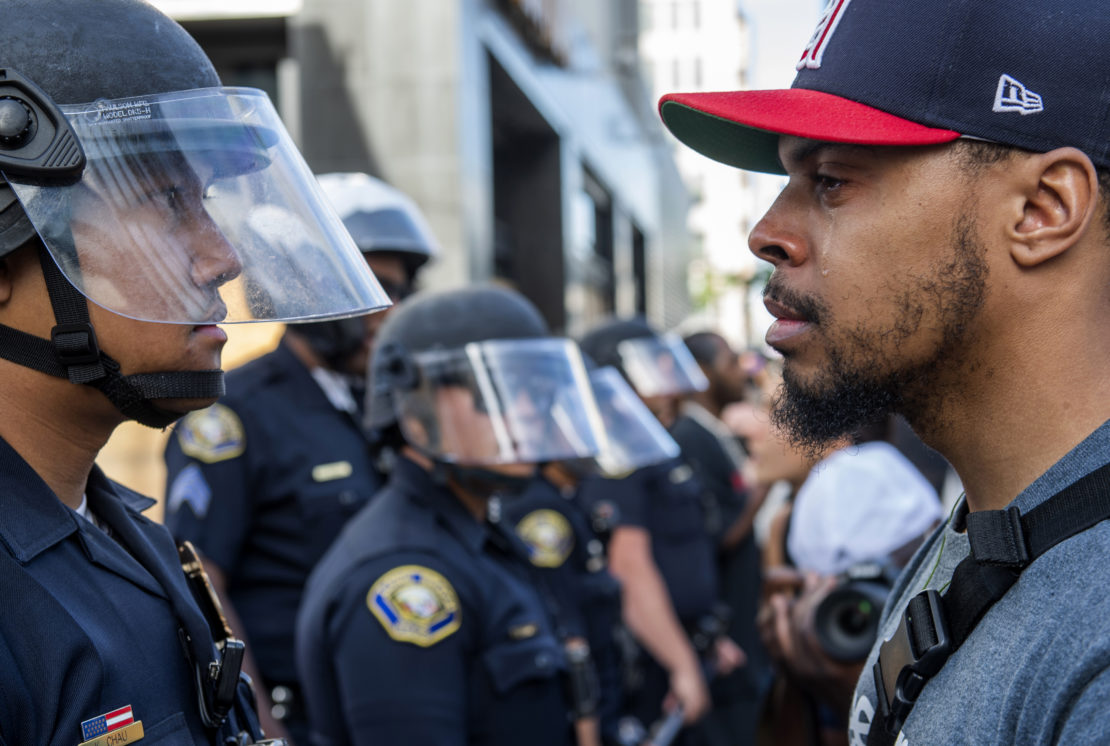 Kevin Anderson stands toe-to-toe at Broadway and Pine Avenue with a Long Beach police officer as he sheds a tear during a protest of the death of George Floyd, in Long Beach Sunday, May 31, 2020.  Anderson said he wasn’t scared; he doesn’t live in fear. Regardless, as he stared into the eyes of armed officers, emotion got the better of him and he began to cry. He said that at the moment, he was overwhelmed by so much that was running through his mind, one being that Black men like him have no power when interacting with police. Photo by Thomas R. Cordova. 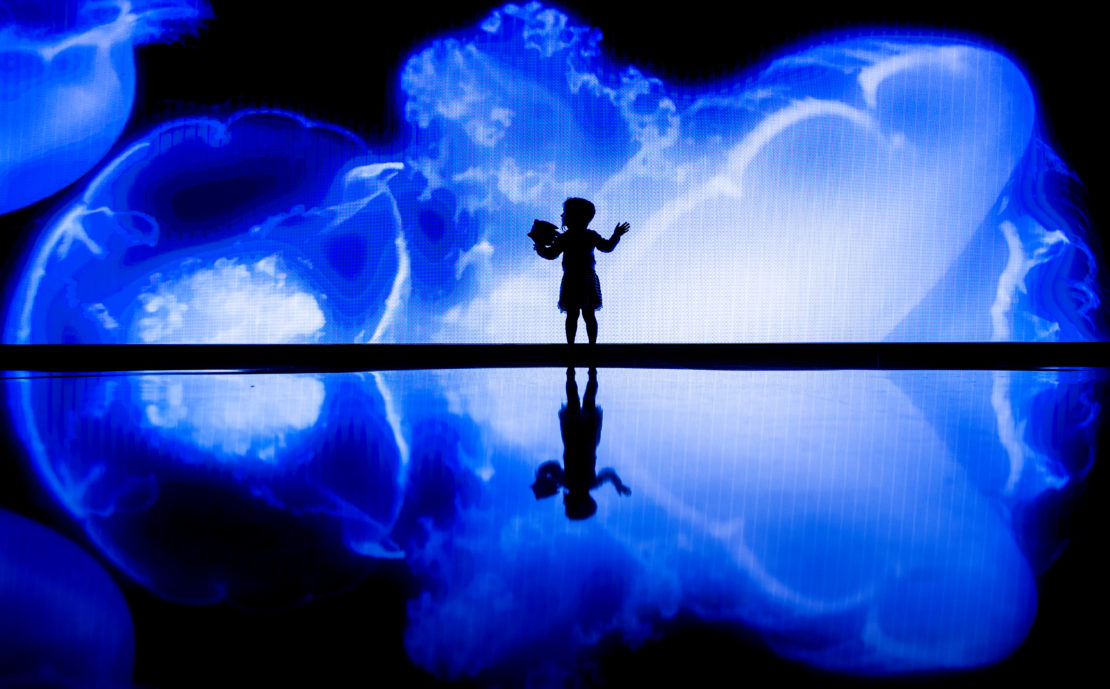 A young girl runs up to a giant video screen as jellyfish are viewed at Long Beach City Hall after a council meeting Tuesday, Feb.18, 2020. Photo by Thomas R. Cordova. 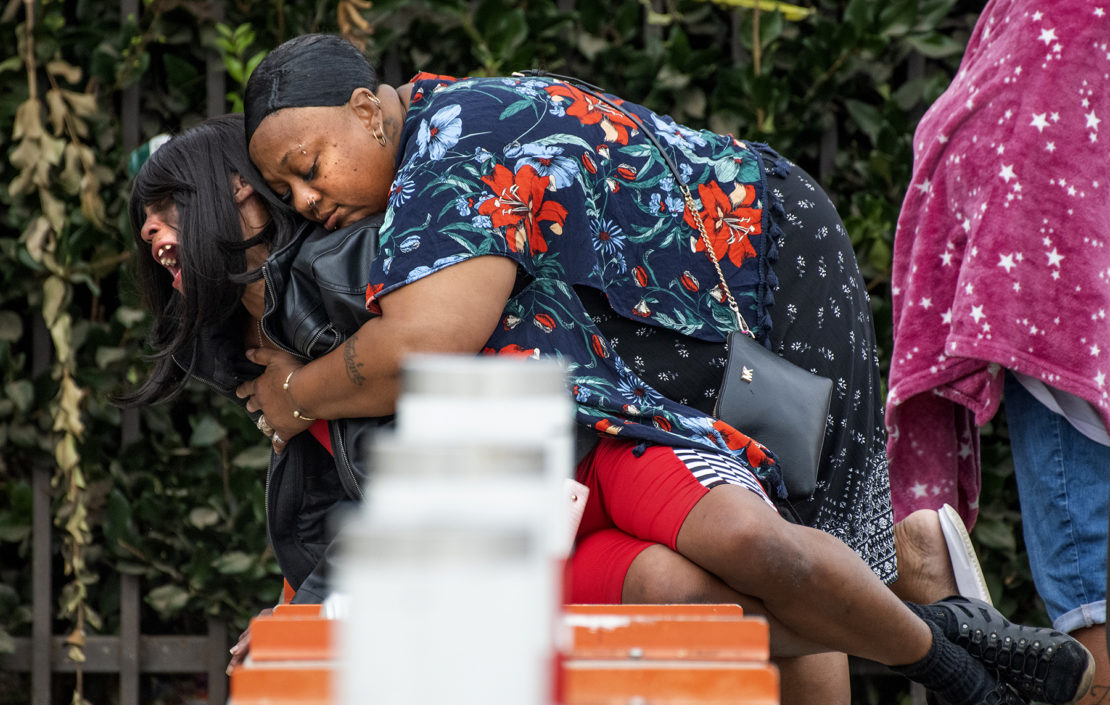 A woman yells out a man’s name as the Los Angles County Corner takes the body of a man who was found dead at Gumbiner Park in Long Beach on Friday, Sept. 25, 2020. Police said the victim was in the park when another man came up to him and began shooting around 5:30 a.m. A neighbor said he was standing on his balcony across the street when he saw a man on a bicycle ride up to the victim and fire multiple times. “It was cold-blooded,” the neighbor, who declined to give his name, said. “Guy didn’t have a chance to react, that’s how fast it was.” Photo by Thomas R. Cordova.