Few details were made immediately available, but Capt. Jack Crabtree, a spokesman for the Long Beach Fire Department, said fire crews responded to a call of a fire at about 8 p.m. at the 2500 block of Delta Avenue.

“Initial engine reported that there was just heavy smoke coming through the roof of a large one-story commercial building,” Crabtree said.

LBFD sectioned off incoming eastbound traffic on Willow Avenue between Easy and Delta avenues as they battled the fire.

No injuries were reported and the investigation is still ongoing.

The department did not speculate how the fire started nor the extent of the damage. 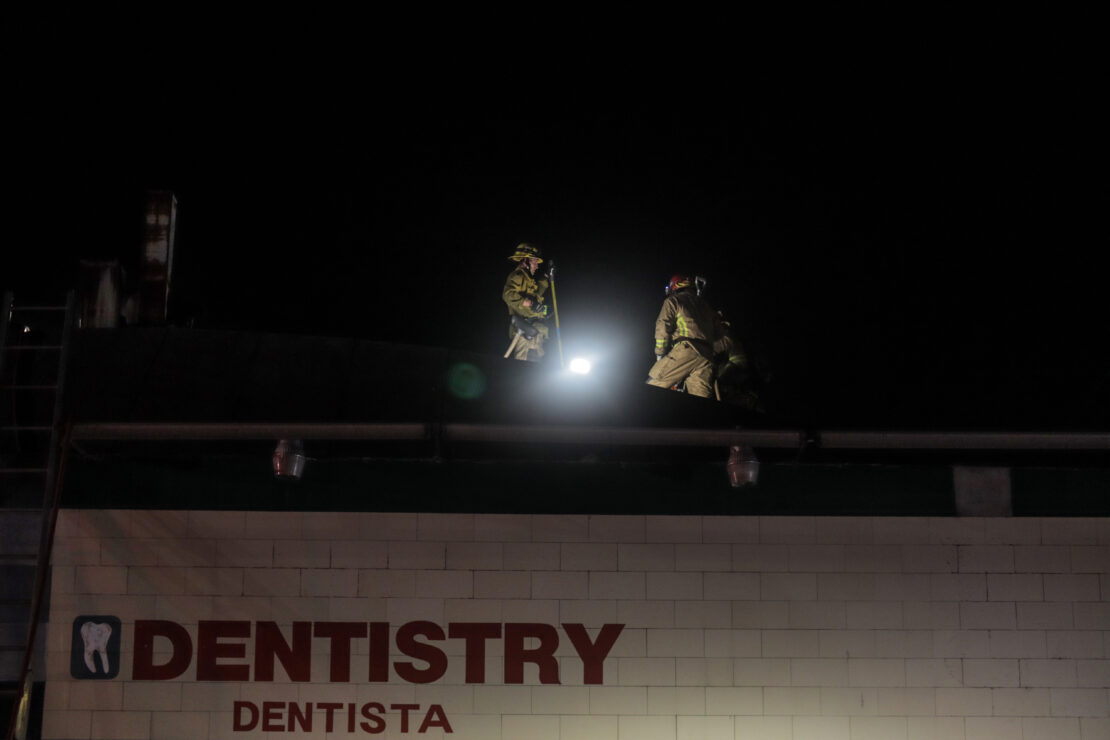 Fire crews attend to the roof of the family dentistry on Willow Ave. Tuesday, July 6, 2021. Photo by Cheantay Jensen. 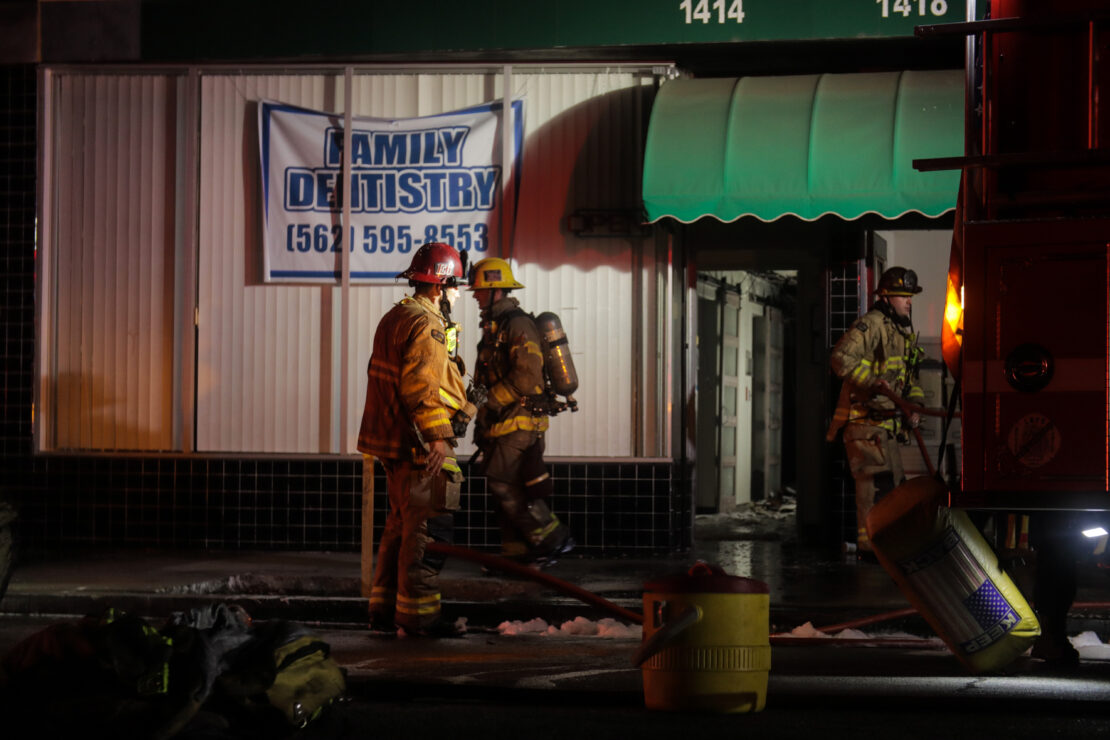