Combating food insecurity and food waste across Long Beach is not an easy feat, but Los Alamitos-based nonprofit Food Finders is taking on the challenge with its latest initiatives.

The organization, founded in 1989, coordinates the daily pick-up of excess food from grocers, restaurants, hospitals, schools, manufacturers and more, distributing directly to other nonprofits such as pantries, shelters, or senior centers.

Food Finders serves multiple areas within Southern California, rescuing enough food for 30,000 meals per day, but in the past year, the organization has ramped up their efforts.

As a response to the pandemic that heightened food insecurity and contributed to the closures of two Long Beach grocery stores last year, Food Finders reached two milestones, rescuing over 17 million pounds of food with the help of over 400 brand new volunteers, “which is unheard of,” said executive director Diana Lara.

Much of Food Finders’ latest success is due to the development of its app, making it easier than ever for volunteers to participate.

The app allows volunteers to easily find a route to pick up and deliver donated food items, generally taking less than an hour, said Lara.

“The app really was instrumental in keeping our doors open and being able to recover as much food as we did last year,” said Lara.

One of Food Finders’ most notable projects has been developing food hubs across the city, particularly in North, Central and West Long Beach, which are designated food deserts, meaning there is limited access to fresh foods in these areas. The hubs are meant to serve as community marketplaces providing residents with a bag of donated food.

Lara plans to expand the project to more easily provide perishable foods, but there have been challenges in gaining the necessary approvals, she said. Despite this, Lara hopes the hubs will be fully up and running by December or early next year. 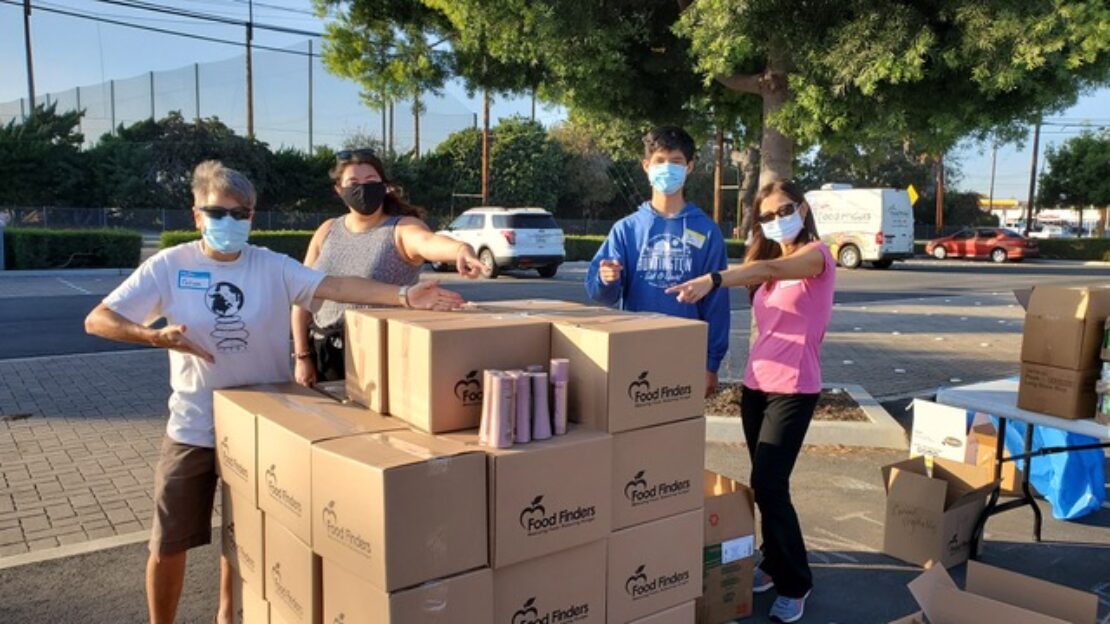 “It’s a great concept, because you’re getting food directly into the hands of the people that need it most,” said Lara, explaining that limited food access largely impacts communities of color.

In addition to developing the food hubs, Lara is looking forward to the expansion of programs within Long Beach Unified schools.

With schools now back in person, Lara looks forward to the return of the Food4Kids program in 2022, a program aiming to tackle the hunger gap many children experience over the weekends when school meals are unavailable. The program provides a bag of four to six meals per family at 15 schools across Long Beach, but in the coming year, this will double to 30 schools, Lara said.

Food Finders also plans to partner with each school within Long Beach Unified School District to develop a fresh food rescue program, where uneaten food from cafeteria lunches can be donated to Food Finders. Prior to the pandemic, around 22 schools were already on board, said Lara, but she is aiming for the program to extend across the district.

In the meantime, Food Finders has its annual holiday food drive in full swing, running through Dec. 31. Monetary donations as well as perishable and nonperishable food items are all encouraged, particularly traditional Thanksgiving food items such as cranberry sauce, stuffing, and gravy. For those looking to volunteer, Food Finders is also looking for assistance particularly on Nov. 20 and 21, when Thanksgiving boxes will be packed and distributed across the community.

Looking ahead, Lara said she hopes for Food Finders to purchase its own building, allowing for proper refrigeration and freezer space.

“Investing in us, that’s, that’s the big goal over the next few years,” she said.