In January of 2018, the world-famous VIP Record sign was removed from the iconic record store on the corner of Pacific Coast Highway and Martin Luther King Jr. Avenue.

The sign and the attached store had become synonymous with launching the careers of Warren G, Snoop and Nate Dogg, but it was being removed after a 7-Eleven took over the building that housed VIP.

Before the removal of the sign, a battle for the legacy the sign represents was underway. Kelvin Anderson, the owner of VIP, says he put the sign up for sale on eBay to help fund his retirement. Soon after, the Long Beach City Council unanimously voted to make the sign a historic landmark which would hinder Anderson’s ability to sell it.

Since then, there has been no movement, no new location, and no definitive answer on where the sign will be housed. 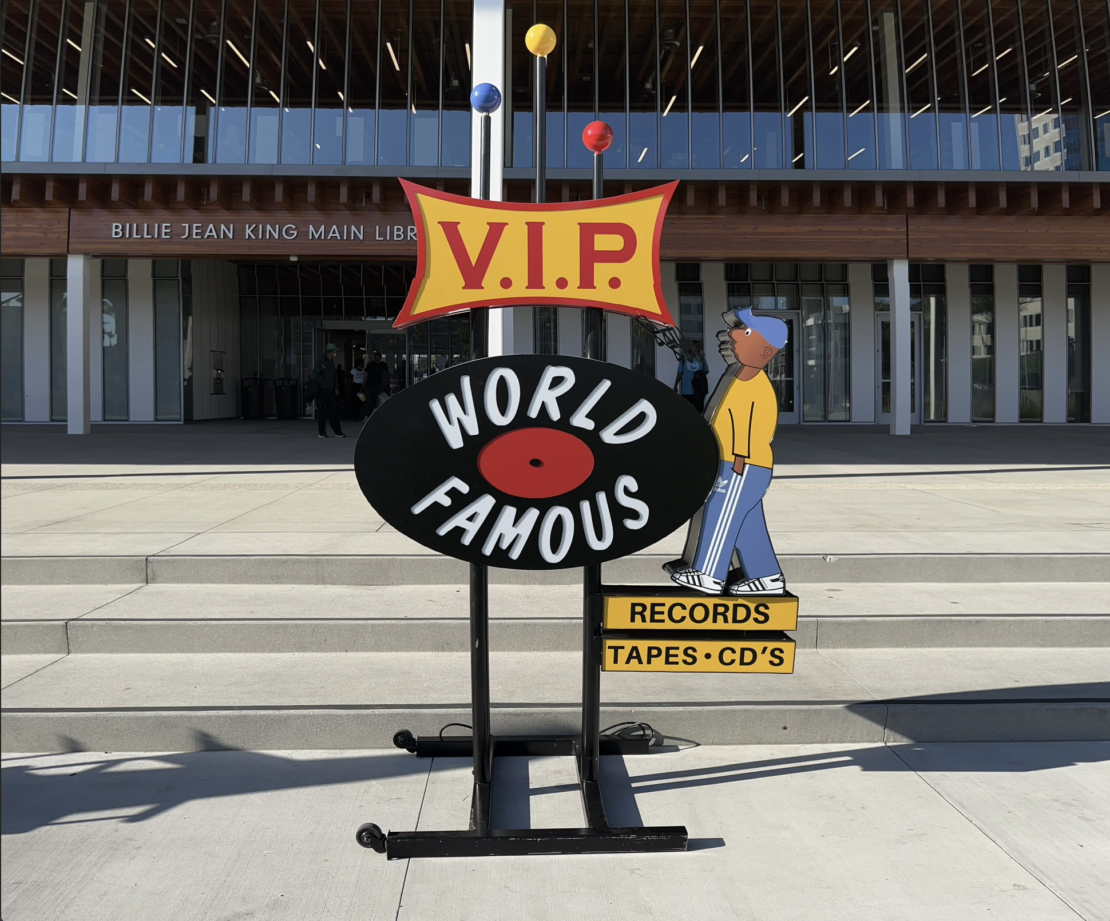 A replica of the VIP Records sign displayed for the “Where’s the Whistler” campaign. Photo by Jackie Rae.

Anderson is now hopeful that will change. He says based on conversations with Long Beach Mayor Robert Garcia, he is confident the sign will have a permanent home or, City Council will have a plan in place for the sign before Garcia leaves office.

Anderson wants the plan to include a VIP Records and Black music museum, and with the help of Rhonda Love and DreamKreator studio, he has started the “Where’s the Whistler” campaign to raise funds. To donate you can visit the website here.

You can also attend a VIP Records live music event every first and third Wednesday of the month at Roscoe’s Jazz Lounge located 730 E. Brodway Blvd. Tickets are $10 and a portion of the process will go to the “Where’s the Whistler” fundraising efforts.

On today’s episode of The Word podcast, we hear from Kelvin Anderson about the struggles to make the museum a reality.