Editor’s note: The rocket cleanly released but failed to launch, according to Virgin Orbit. Read an updated story here.

LauncherOne is the company’s unique orbital launch system. Rather than blasting off from the ground like a traditional rocket, Virgin Orbit’s rocket is released and launched from under the wing of an inflight, modified 747, flying it above 75 percent of Earth’s atmosphere before igniting its engine.

The rocket is a small-satellite booster designed to carry payloads of up to 1,100 pounds to low Earth orbit. The liquid-fueled rocket is about 70 feet long and uses rocket-grade kerosene and liquid oxygen as propellant.

Last year, Virgin Orbit completed a successful trial run when a test rocket was dropped from the jet without the ignition of its engine. 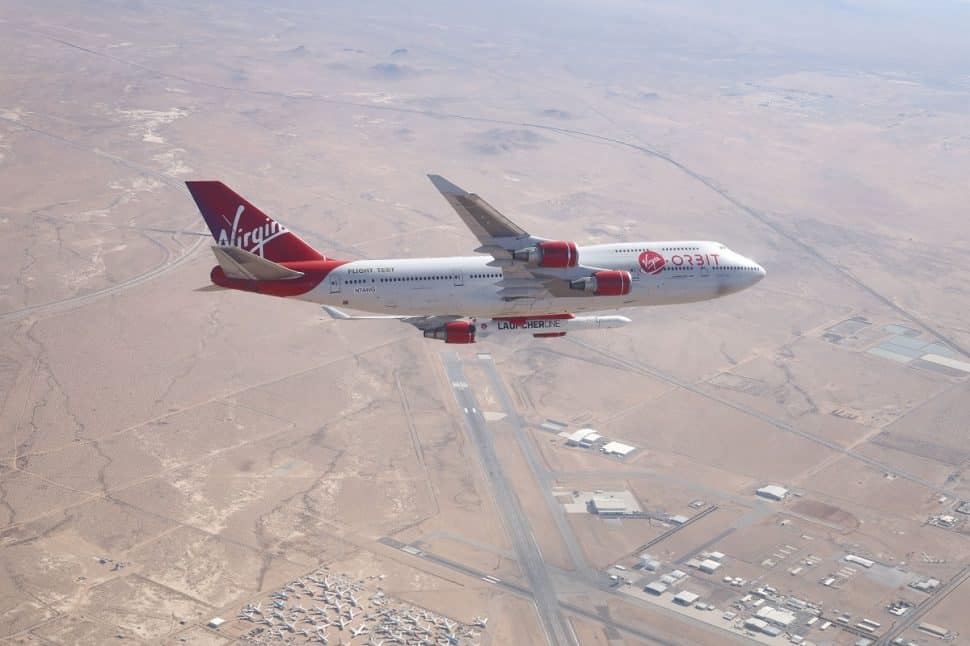 The company had planned the latest demonstration launch for earlier this weekend, but a sensor warning prompted the team to scrub for the day “out of an abundance of caution.”

The company tweeted the issue had been resolved, which would allow for a launch during a backup window today between 10 a.m. and 2 p.m. Pacific time.

The plan is for Cosmic Girl to take off from Mojave Air and Space Port and release the LauncherOne rocket over the Pacific Ocean. After a short free fall, the rocket’s engine will ignite in midair for the 1st time and head toward low earth orbit.

Good morning, world! Today is a momentous occasion for the Virgin Orbit team: operations for the first orbital launch demonstration of our LauncherOne rocket are well underway. 🚀 pic.twitter.com/P51cYc1nFi

Virgin Orbit was founded by British billionaire Sir Richard Branson and aims to launch missions for customers at $12 million per flight. The company operates from a 180,000-square-foot manufacturing headquarters in the Douglas Park commercial complex adjacent to Long Beach Airport.

Since the arrival of Virgin Orbit, 2 other orbital launch companies, Rocket Lab and SpinLaunch, have also set up headquarters in Douglas Park as Long Beach has pushed to become a global hub for satellite manufacturing and the private space industry.