‘We can’t go back to life as it was’: Protesters march through Bixby Knolls, kneel for George Floyd • Long Beach Post News
- ADVERTISEMENT -

With hand sanitizer in hand, Robin Thorne welcomed people outside the Expo Arts Center in Bixby Knolls as they gathered for a solidarity march against police violence on Thursday afternoon.

Fear of COVID-19 prompted Thorne to bring the hand sanitizer and masks, but that didn’t stop her from involving the community in the ongoing protests citywide and challenging people to continue demanding change.

“We can’t go back to life as it was,” said Thorne, who organized the march. “I challenge you to go further. We have to hold elected officials accountable.”

About 30 peaceful protesters marched up and down Atlantic Avenue for about an hour before they took a knee for 8 minutes in honor of George Floyd, who died after a White Minneapolis police officer kneeled on his neck for over 8 minutes in late May. 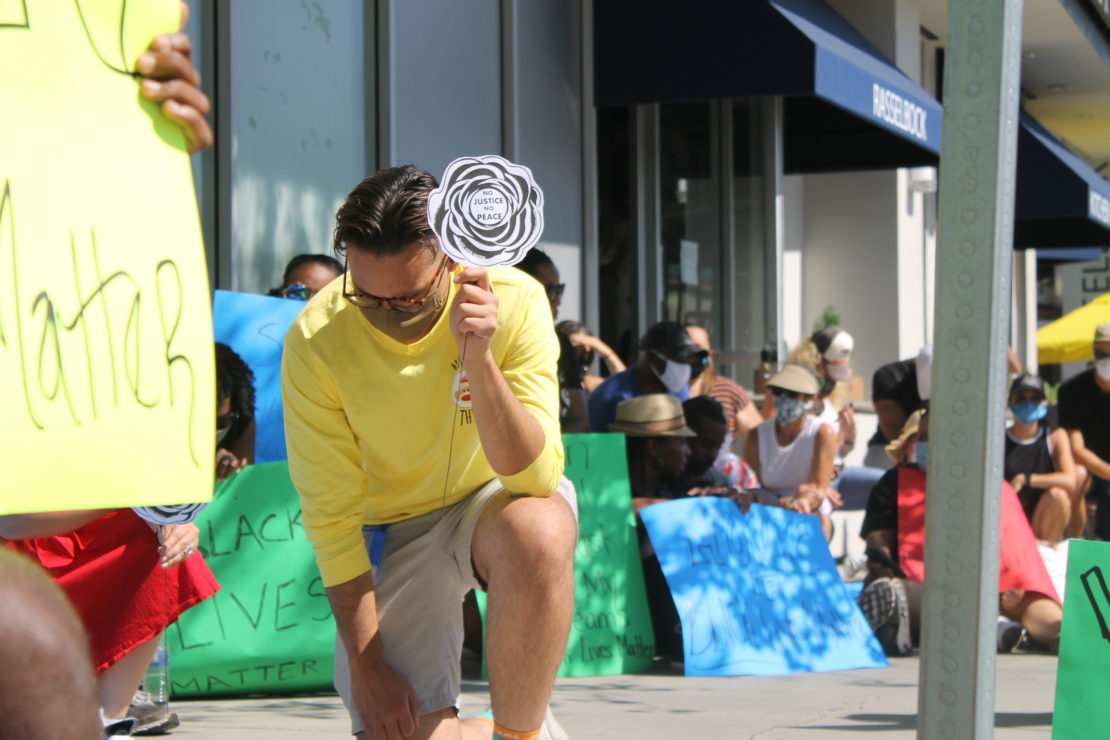 Brian Chavez takes a knee with other protesters in Bixby Knolls during a solidarity march on Thursday, June 11, 2020. By Sebastian Echeverry

Although the group was smaller than most recent protests, it still managed to garner honks in support from motorists and cheers from bystanders.

Brian Chavez of the Historical Society of Long Beach said his Latino background inspired him to join the march.

Moving forward, Thorne wants everyone calling for justice against police brutality to be on the same page. In her eyes, change can happen, as she acknowledged the recent abolition of the controversial sleeper hold, or carotid hold, by local departments.

“We’re moving in the right direction,” she said. “I’m going to keep challenging people to do something, whatever that something is.”