With no cruises running, why is a massive ship anchored off the Long Beach coast? • Long Beach Post News Support our education reporting — make a tax-deductible donation today. GIVE NOW
- ADVERTISEMENT -

A massive—and infamous—cruise ship, the Norwegian Jewel, has been sitting inside the Long Beach breakwater for nearly a week.

The Norwegian Jewel made headlines at the start of the coronavirus pandemic in mid-March after being turned away from ports in four countries due to fear that passengers may have been infected. The 2,000 passengers aboard were finally allowed to disembark in Hawaii on March 23.

The 93,500 gross ton ship—which was christened by First Lady Melania Trump in 2005—showed up in Long Beach on Oct. 20, even though Carnival is the line that operates in Long Beach and no cruises are running anywhere.

It isn’t exactly clear why it’s in Long Beach. Vessels can anchor in the Los Angeles and Long Beach harbors for up to 10 days without needing permission for an extension from the U.S. Coast Guard.

Neither the Coast Guard nor Norwegian Cruise Line could be reached for comment.

The ship will likely remain anchored near the oil islands for another two to three days, according to Marc Coynes, operations manager with the Jacobsen Pilot Service, which coordinates anchorings in the Long Beach harbor.

“They occasionally come into the port to get supplies,” Port of Los Angeles spokesman Philip Sanfield said. “Every week or so we have a few of them.”

Coynes noted the conspicuous location of the large vessel may be drawing more attention than other ships.

According to Lee Peterson, spokesperson for the Port of Long Beach, no clearance or permission is required for ships to anchor outside of the port or the Carnival Cruise Terminal.

The Centers for Disease Control and Prevention have issued a no-sail order for cruise ships, which emerged as hotbeds for infections during the beginning of the coronavirus pandemic in March, which have been extended repeatedly. The current order is in effect until Oct. 31. 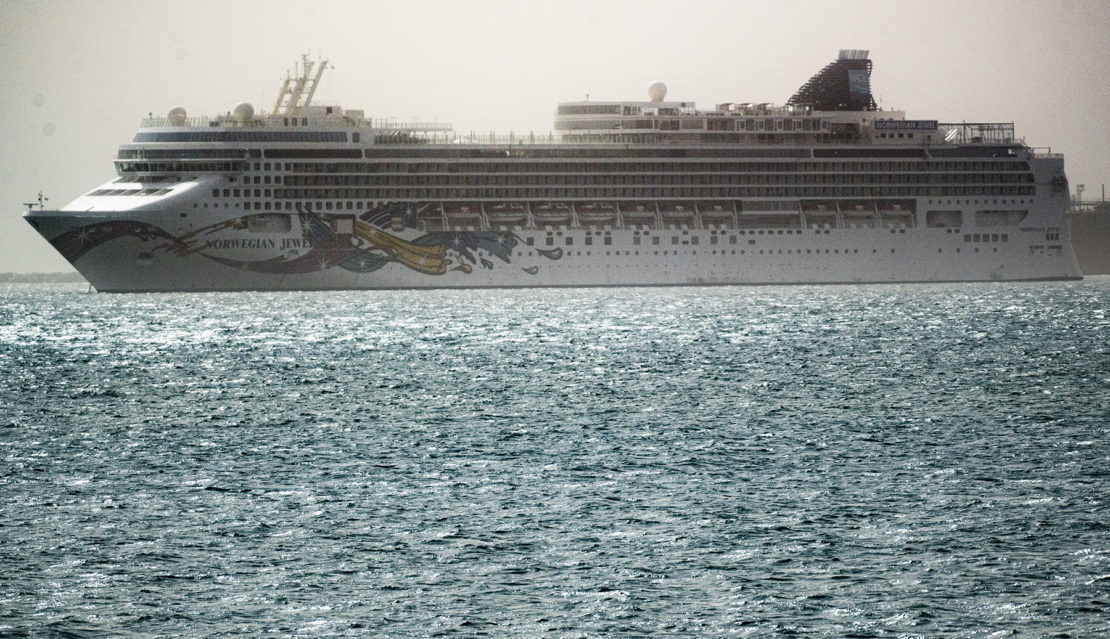