Long Beach firefighters rescued a woman out of a small pickup truck at the Port of Long Beach Wednesday night after a large container handler ran over her truck and trapped her inside, officials said.

A container handler looks like a forklift, but much larger and made to carry multiple shipping containers. Video from the scene showed the wheels of the handler had crushed the bed of the truck.

“The way the top handler came to rest on the pickup truck, the patient inside needed an entire extrication,” fire department spokesman Jack Crabtree said. 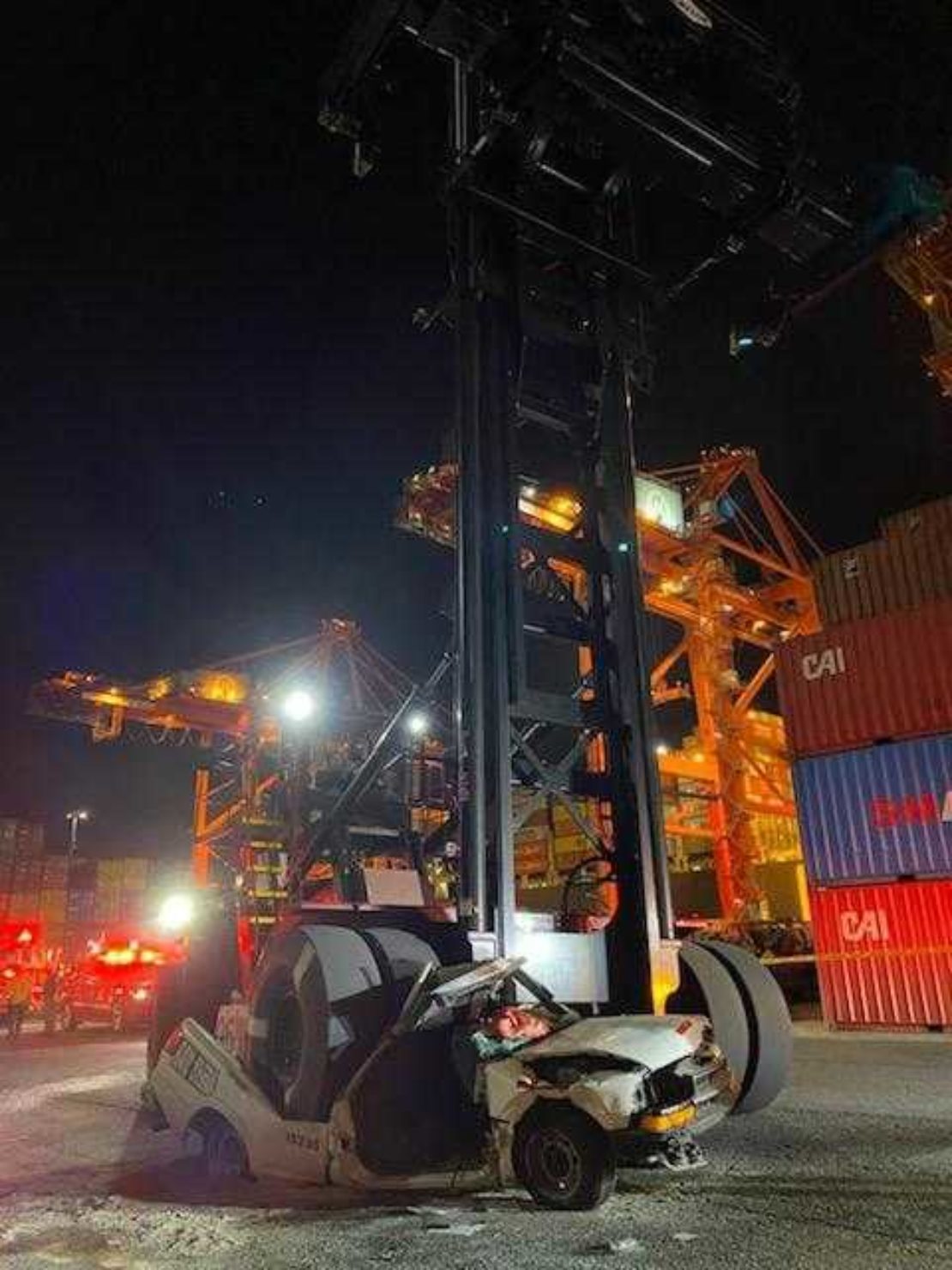 Firefighters rescued a woman trapped in a truck under a large container handler on Dec. 9, 2020. Photo courtesy of LBFD.

Firefighters got to the scene at about 8 p.m. in the 300 block of Hanjin Road in the port, Crabtree said. The crew had to be sure to stabilize both vehicles before they could start cutting open the truck to get out the woman who was in her 60s, according to Crabtree.

Both of her arms and legs were seriously injured, but the woman was in stable condition, he said.

It’s unclear if the woman works at the port, but the truck appears to be a port vehicle with the words “rail crew” on the back.

#BREAKING: A horrific crash at the @portoflongbeach has sent one person to the hospital after a very large piece of equipment ran over a small pickup truck. @RoadSageLA overhead in #Sky9 as @LBFD rescued the person in the pickup. #CBSLA pic.twitter.com/sldXCKiSlY

Editor’s note: This story has been updated with additional information from officials.