After nearly a year and a half of planning, the long-awaited mural at Pan American Park featuring 101-year-old folklórico dancer, Alta Regalado, was unveiled to Regalado and her close family, Tuesday, Dec. 1.

The mural, painted on the side of the park’s racquetball court, is 17-feet high and 30-feet wide, and was commissioned by SCAN Health Plan, in tandem with The Arts Council for Long Beach, to celebrate Long Beach centenarians— those who’ve reached 100 years or more—and to encourage others to view the process of aging in a more positive light.

“When people think of someone who’s going to be over 100 they get certain images in their mind,” Lisbeth Briones-Roberts, manager of marketing outreach at SCAN said. “This mural can remind people that aging is beautiful, it’s full of dignity and can be a really great thing. We’re also hoping to build empathy in people so when they see something like this hopefully they’ll learn to value the older adults in our community.”

The bulk of the new mural, which features a smiling Regalado wearing a striking, traditional folklórico dress, was brought to life by local artists Ciana Anita Kalokomaika’imaikalanimai Lee and Alva McNeal who SCAN chose to commission, in part because of their connection to the Long Beach Senior Arts Colony, a residence space on Anaheim Street for individuals 55 and older. Lee is a mixed media arts instructor at EngAGE, a senior arts program at the colony and McNeal is a prominent local artist who also resides at the colony. 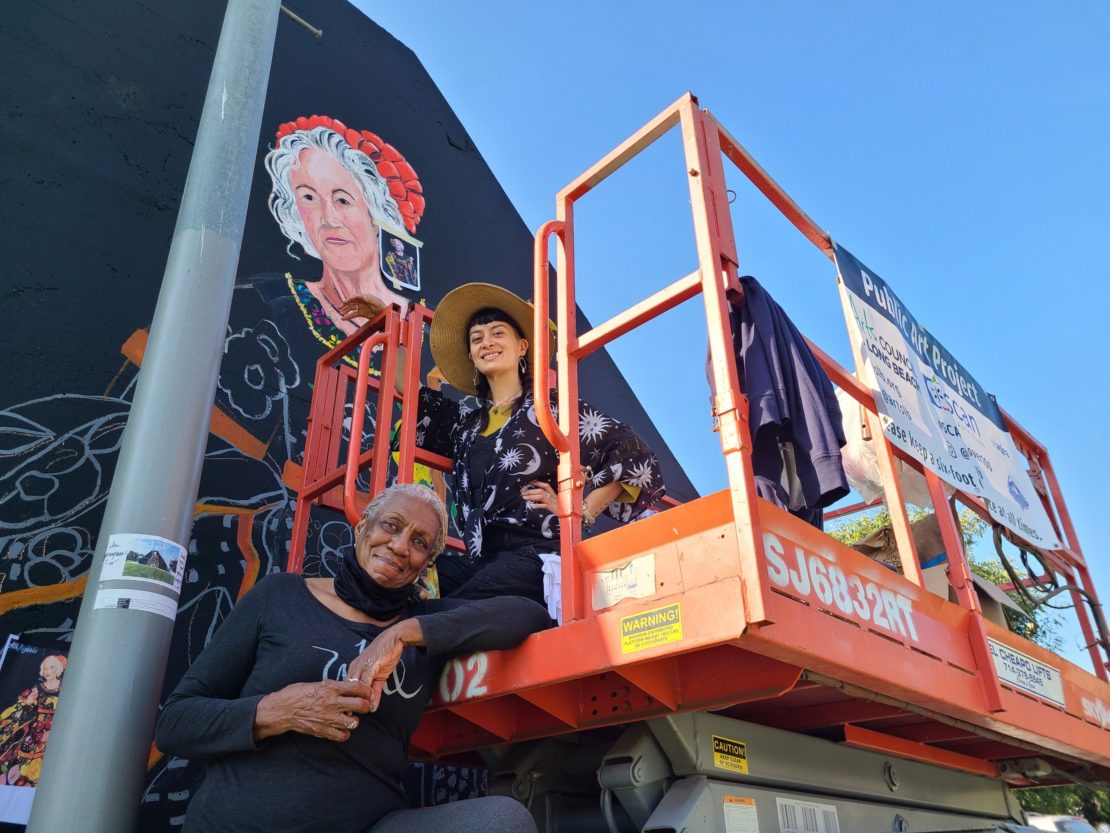 Over the weekend, a group of Lee’s students at EngAGE were brought onboard to add color and detail to the mural. Later, preschoolers from the Maple Village Waldorf School, where Lee is also an instructor, added their handprints to some of the flowers adorning the dress portion of the mural.

“It was really an intergenerational project,” said Cynthia Luján, public art manager with the Arts Council for Long Beach.

Lee and McNeal worked from a photo taken of the 101-year-old folklórico dancer by SCAN as part of their “Stages: 100 Over 100” photo campaign which aims to spotlight the life and accomplishments of the nonprofit’s members who have surpassed 100 years by photographing them on their 100th birthday and sharing their unique histories. 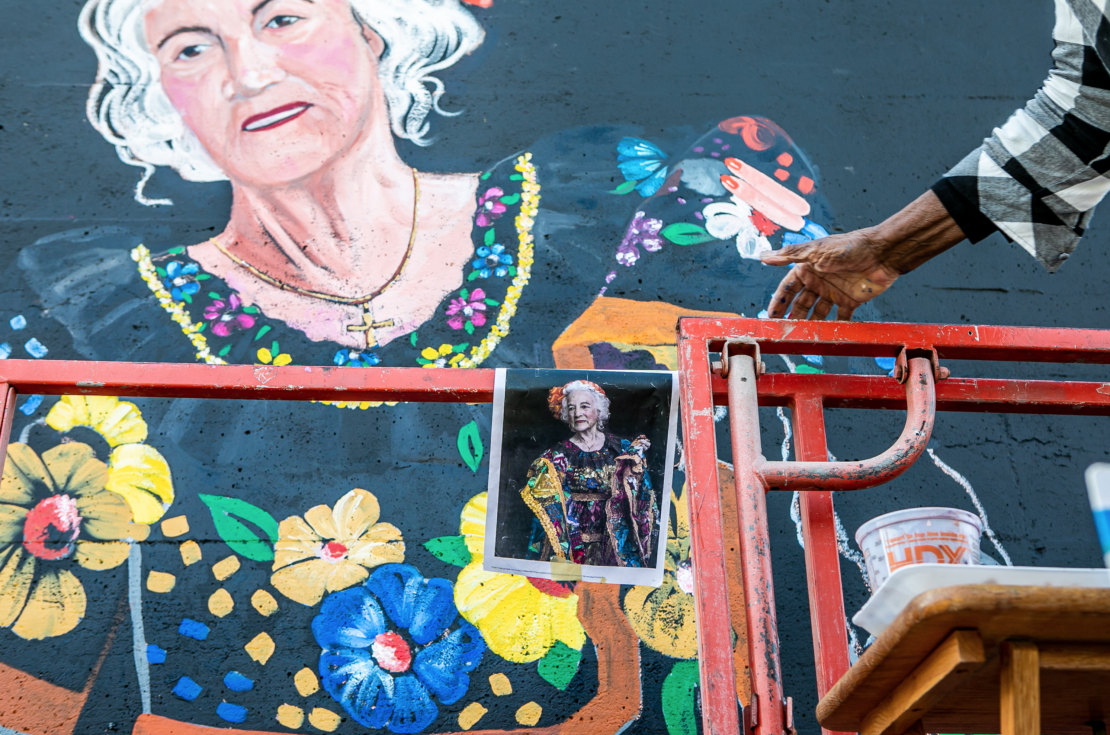 Local artists Lee and McNeal worked from a portrait of Regalado taken by SCAN Health Plan as part of their Stages: 100 over 100 campaign, celebrating centenarians. Photo by Anthony Puente of Digital Revolution/Scan Health Plan.

Of the 56 photographed for the campaign so far, Regalado’s striking portrait and life story seemed to be the perfect testament to SCAN’s efforts to break the stereotypes associated with aging. A Mexican-American born in Jerome, Arizona, Regalado grew-up under the watchful eye of her widowed mother, who had lost her husband, Regalado’s father, in a mining accident the day Regalado was born.

“She got to see her mother be very resilient, and pull the family together,” Briones-Roberts said.

Settling down to raise a family with her husband Phillip, in 1934, Regalado enjoyed 54 years of marriage before her husband passed away. Shortly after, Regalado took up folklórico dancing—at age 69—and continued to dance in her LA dance group with her 81-year-old daughter Geraldine Munoz, up until the COVID-19 shutdowns.

“We’re all dancers, we love to dance, our grandkids love to dance,” said Alta’s granddaughter, Deborah Pratt, who came with her mother and aunt to see the new mural. “And we always say it’s because of grandma.”