When the Long Beach Museum of Art reopened its doors April 1 the municipal art institution returned eager to pick up where it had left off.

All the exhibitions currently on display had been slated for viewing in 2020, including one that was just days away from its opening reception before the city went into lockdown mid-March 2020.

That exhibition, titled “Earth, Every Day” sat unseen for over a year and is comprised of works from 80 Long Beach Unified School District high school students who were invited to explore the environment in their art. The gallery theme was selected in honor of what would have been the 50th anniversary of Earth Day in 2020.

The works that were selected touch on a number of ecological concepts, including air and water pollution, the use of renewable energy and the effects of climate change. The gallery will be available for public viewing until May 16.

Hundreds of submissions were whittled down to 90 works featuring a broad range of media from digital animation to ceramic sculpture.

“I got really, really excited when my piece was picked,” said 18-year-old Renaissance High School for the Arts senior Azure Burks. “I wasn’t expecting it to be.”

Burks created a clay sculpture she titled “Seafood Dinner,” that depicts a finely detailed, gutted gray scaled fish, its center filled with plastic and other debris Burks said she had found on the beach.

“Growing up in Long Beach, I spend a lot of time at the beach. Over the years I’ve actually seen plastic pollution get worse,” she said. “It’s a topic I’m very passionate about so I wanted to make a piece that kind of expanded and brought attention to the topic [of pollution].”

The piece, Burks said, took about a month of class time to finish and was the last 3D project she could complete before quarantine. Burks noted making it into the gallery was encouraging for her emerging art career, as she just accepted her place at the Massachusetts College of Art and Design for her work with ceramics.

“This generation is very aware, not only in the environment, but other social issues,” said 17-year-old Renaissance High School of the Arts senior Leanna Fernandez, whose work is also featured in the exhibition. “I feel like my friends and I are very conscious about the decisions we make [regarding the environment].”

Fernandez said that she and her friends make it a point to avoid buying plastic-wrapped goods and containers and use reusable water bottles, too. Making small conscientious decisions like that, she said, can go a long way.

Fernandez created a wire sculpture that was accepted into the exhibition. It shows a woman hugging the earth.

“She doesn’t have clothes or hair. I wanted her to look really vulnerable, like she was giving everything she had to protect the Earth,” she said of her work. 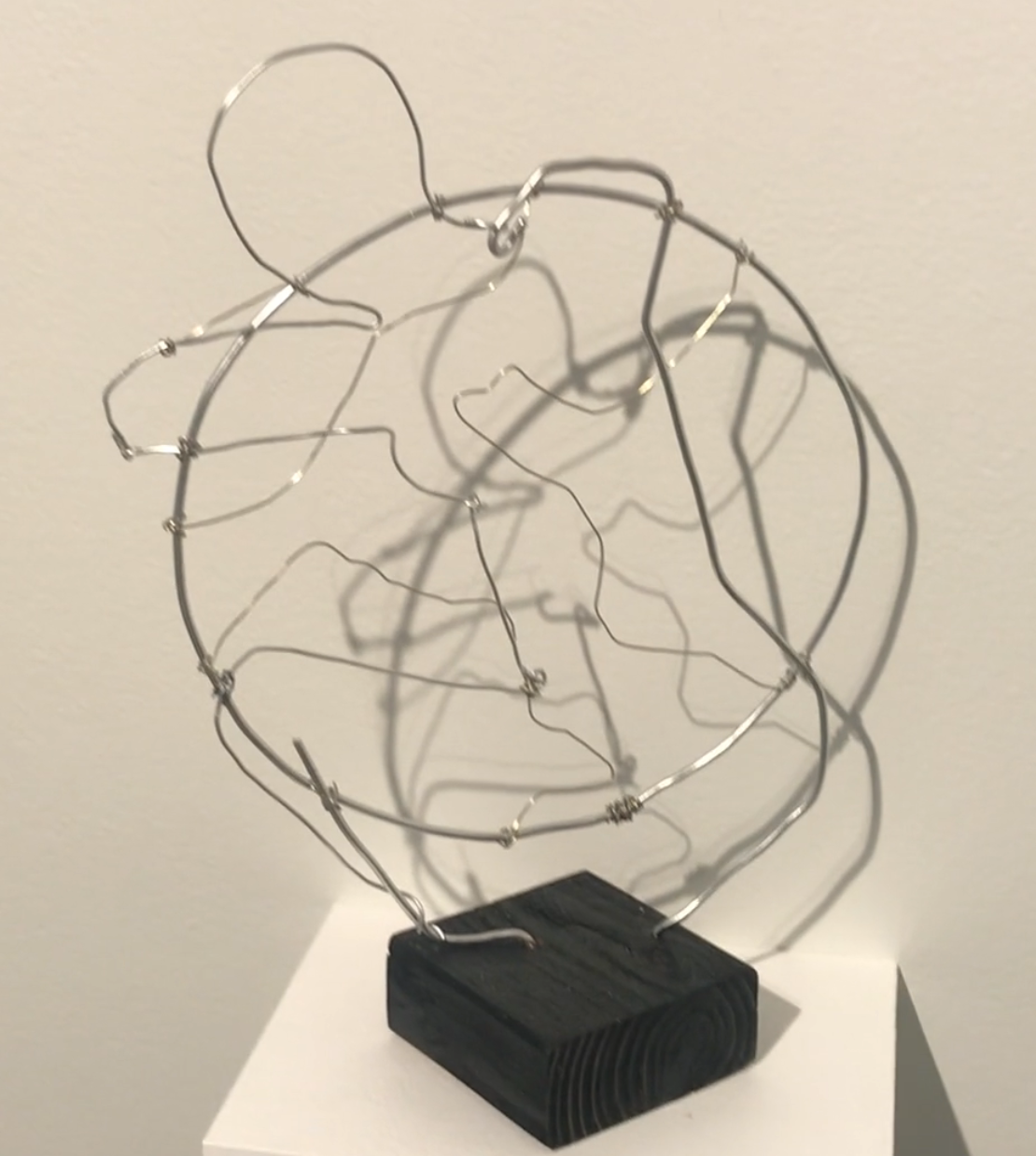 Fernandez said she was thrilled when she found out her work had been accepted into the gallery. She will be attending Cal State Fullerton to pursue a degree in art education so that she can teach pottery and ceramics.

Other works by students include depictions of animals, sea life and scenes of nature devastated by pollution and the effects of global warming. Though the sheer collection and variation of the students artistic styles is reason enough to visit, the variety of media used by the artists is equally compelling.

One notable example is an intricate mixed media piece by Millikan High School senior Blanca Quezada titled “The Wave,” and depicts a crashing wave that was crafted using thousands of tiny beads, pieces of shell and other seaside material. 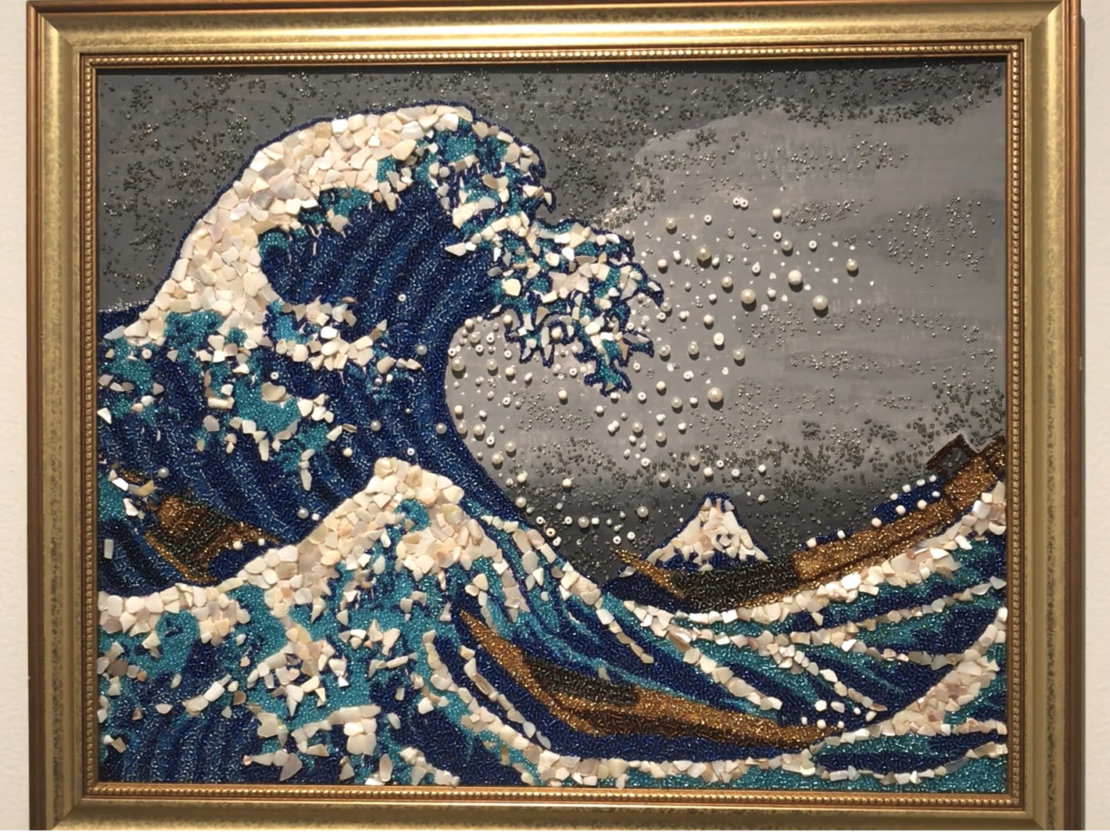 “It’s so cool—I mean obviously I’m the same age as these people—but having so many young people talking about and being interested in the environment” Burks said.

“Earth, Every Day” will be available for scheduled viewing until May 16. To schedule a free appointment, click here, or call 562-439-2119. Watch an online walkthrough of the exhibition, here. The Long Beach Museum of Art is at 2300 E. Ocean Boulevard. 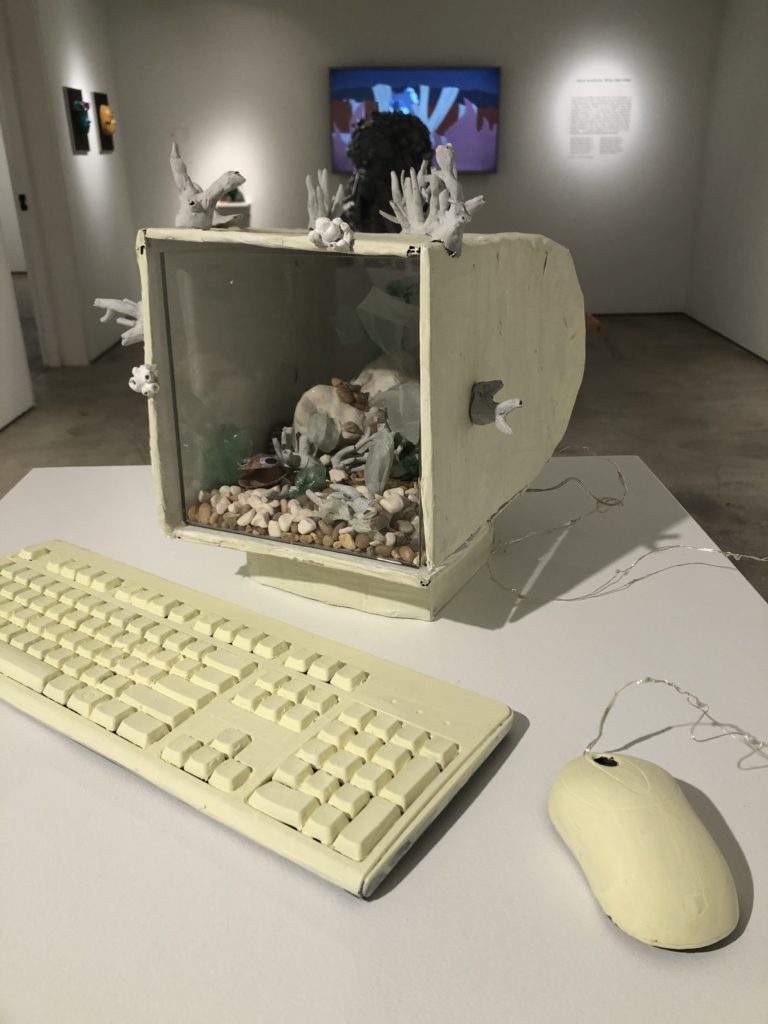 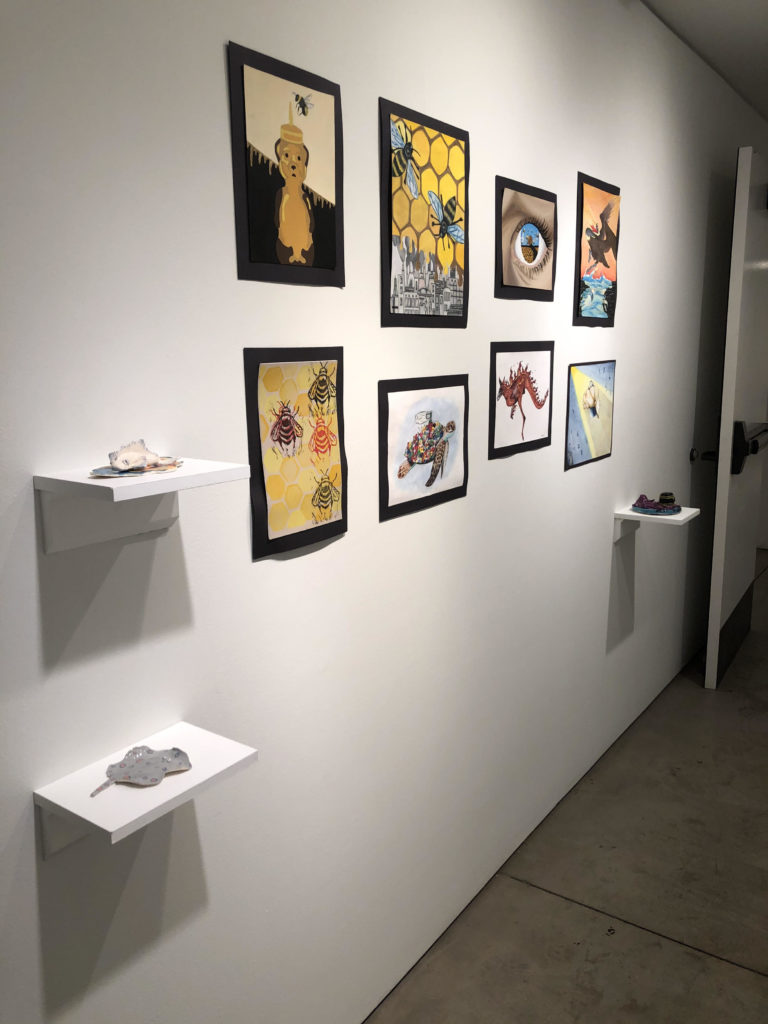 A selection of works by LBUSD high school students in the “Earth, Every Day” gallery exhibit at the Long Beach Museum of Art. Photo courtesy Christine Whipp. 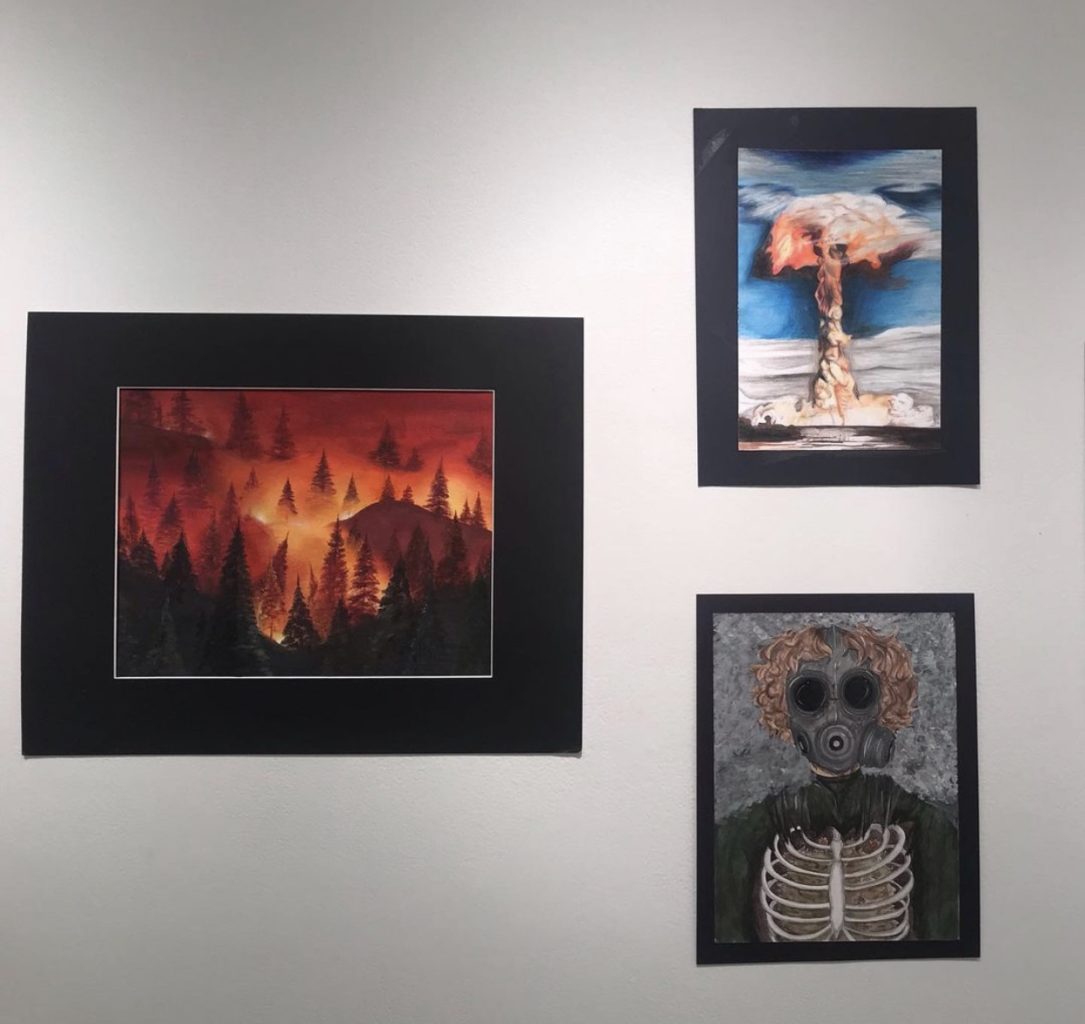 A selection of pieces by LBUSD high school students in the “Earth, Every Day” gallery exhibit at the Long Beach Museum of Art. Photo courtesy Christine Whipp.