On Thursday, June 4, local artist Anna McBride asked on Nextdoor if any businesses wanted a free plywood mural. Not long after, McBride heard from Tiffany Sidwell, owner of Verde Salon, who said yes, she wanted a portrait of George Floyd.

“I wanted something to show support in our neighborhood, and it was the day of his funeral,” Sidwell said.

Some residential tenants in the building that houses Verde Salon at 2705 E. 4th St. voiced their concern that such a mural might invite vandalism or perhaps something worse, said Sidwell. Ultimately, though, the mural went up. But when Sidwell showed up for work on Saturday, June 6, she found that Floyd’s likeness had been covered in green paint.

Artist Kenny McBride, who helped his wife and business partner paint the mural, said when he received the news he was in the middle of a meeting with a client but left abruptly. McBride called the vandals actions “reprehensible,” an attempt to silence in death someone who’d already been victimized in life and said he believed the mural had to be “immediately repainted on that premise.” 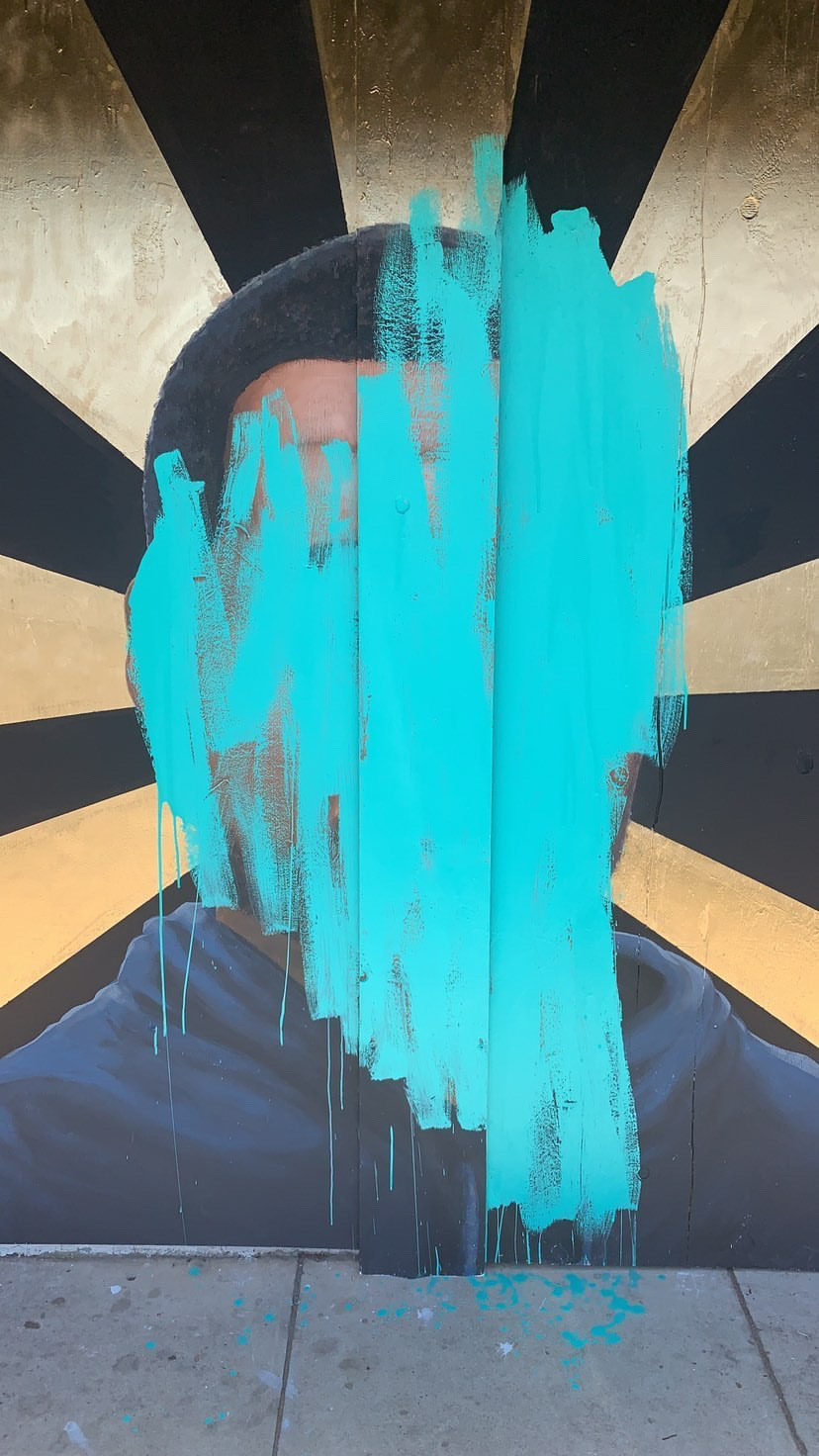 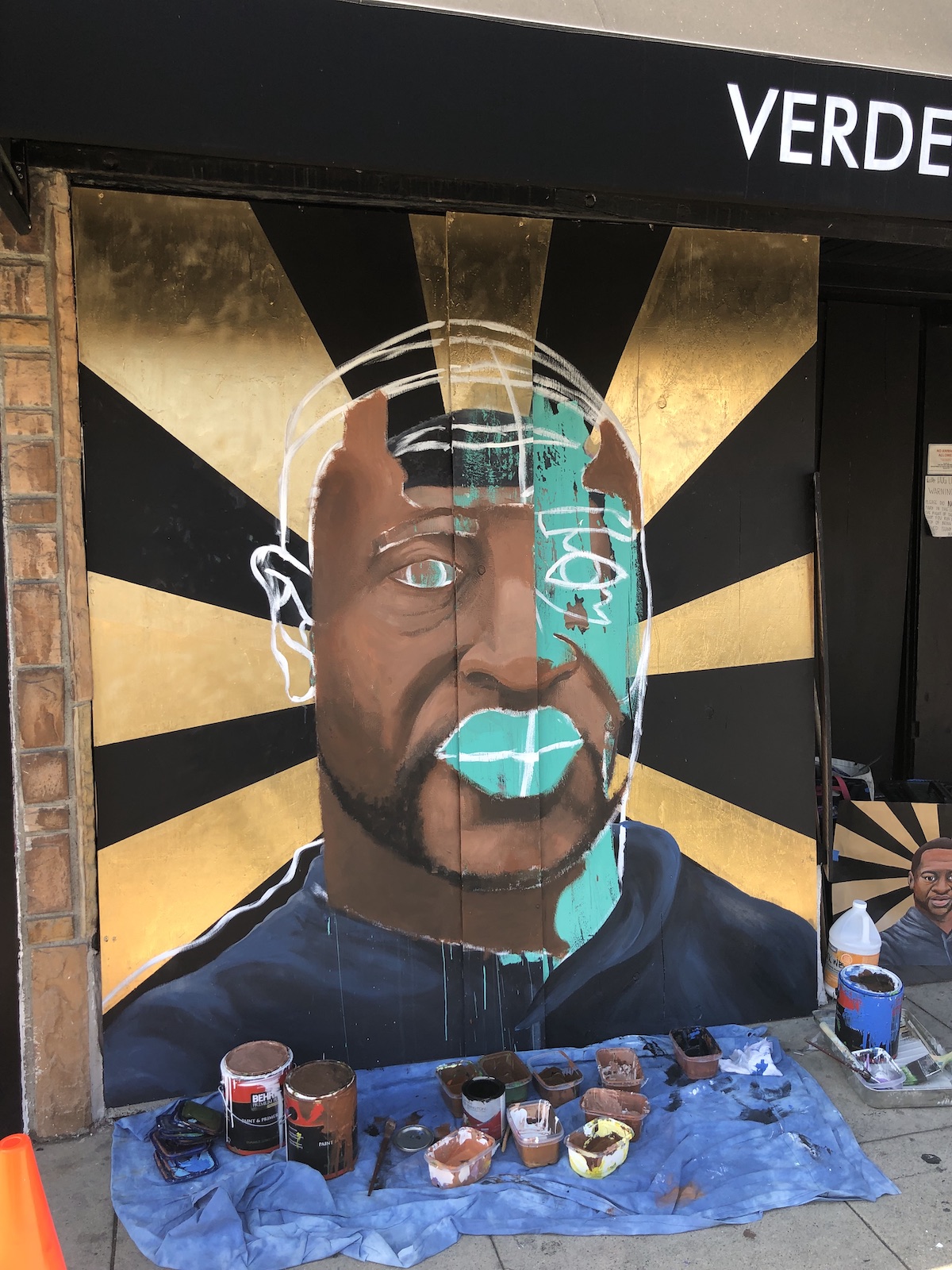 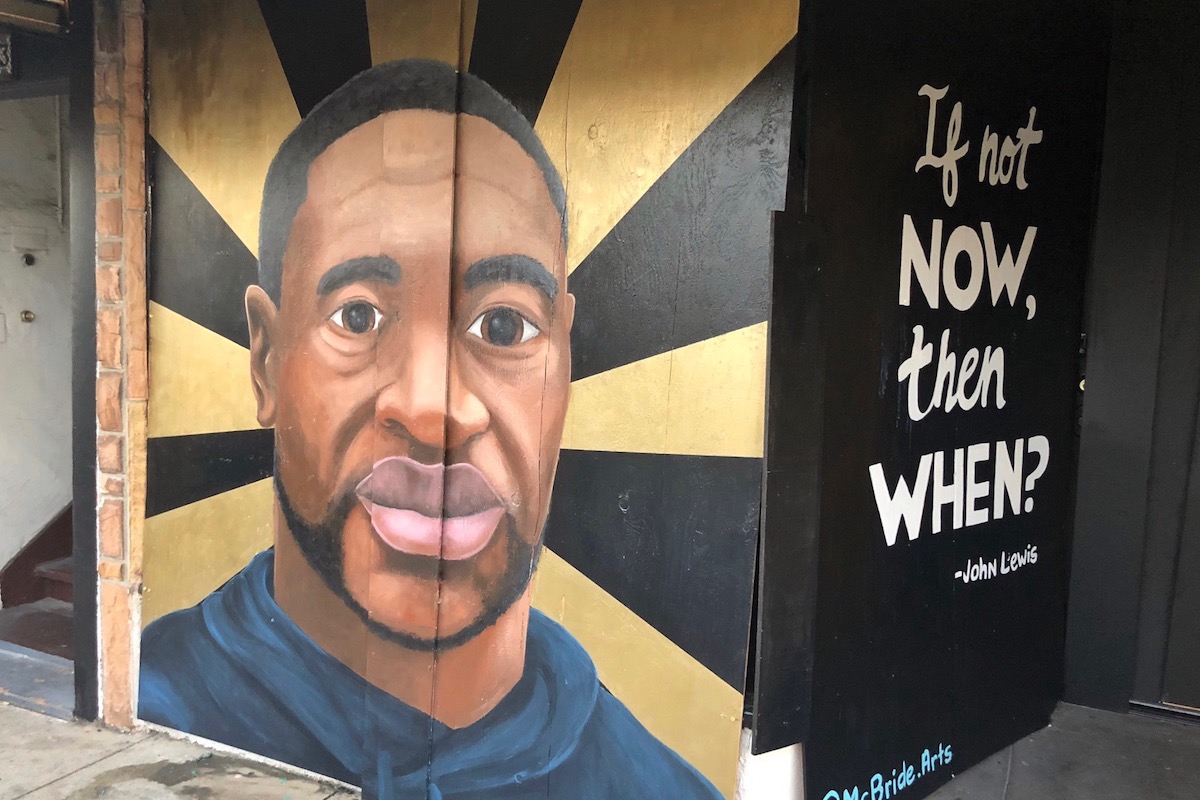 The piece took the McBrides more than 3 hours to repaint. This time, they covered it with a wax protectant so that any vandalism in the future can be more easily removed. Anna thanked the team at Hug Life Ice Cream, who helped prep the area before she and Kenny arrived to fix the damage.

“In a messed up way, we have to thank the vandal for giving us the opportunity to make the mural better, bigger and now graffiti protected,” Kenny said.

There’s a chance McBride will be able to thank the vandal in person since, Sidwell said, surveillance tape shows a white male in his 30s, slapping paint over the mural.

The @huglifeicecream kids are upset about our vandalism. I knew I had to address this today but I’m still really outraged. I want to thank everyone else who is upset by this blatant racism. This was a tribute for a man, a black man, who was murdered. Who’s murderers are in jail. Those are the facts. This mural went up the day of his funeral. Show some respect.

The mural was based on Anna’s original piece, a much smaller protest sign she painted to place in a window following Sunday’s protests.

On Instagram @mcbridearts, the McBrides said the piece was a tribute referencing “iconography of saintly portraits to honor the enlightenment grown from his tragic and brutal murder. The gold rays are the beacon for outrage turned action that millions across the world now embody to demand a golden age of justice and equality for all.”

“It’s really sad to me that this happened and that it happened so quickly. One day, it was up for one day,” Sidwell said. “But seeing how many people were upset and affected really gave me hope, and it was a lot of younger people too, so it does make me feel like there’s something with this generation that can change things.”

Sidwell said once she opens her business on June 15th and removes the boards, she’s going to give the mural to the Downtown Long Beach Alliance to include in their outdoor gallery of plywood murals. The nonprofit announced Saturday it will be facilitating a space for the murals painted on boarded-up establishments over the past week or so.

“They [the artists] went through so much to get it up there and then repair it, I would hate to just take it down right away,” said Sidwell. “I really want it to be up longer for other people to enjoy.”