Drawn to history: Artist Sean Kirkland shines a light on a dark past • the Hi-lo
- ADVERTISEMENT -

At a time when much of the nation is awakening to the quieted histories of the oppressed, artist Sean Kirkland has for at least a decade been drawing attention to the violent, chaotic nature of the Westward Expansion of the 19th century through his collage-style paintings.

His paintings, while not only poking holes in what’s often delivered as a more whitewashed, less violent version of U.S. history, show what Kirkland found most compelling in the stories he read, simply how terrible humans have been, and still are, to each other. His art draws attention to what so many Americans find it difficult to confront; the carnage of this nation’s upbringing and that basically, “humans just suck.”

“I started reading a lot of side stories and firsthand accounts from the 1800s,” Kirkland said. “It’s one of those subjects that’s not taught in school at all, it’s something that you have to go and fish out on your own.” 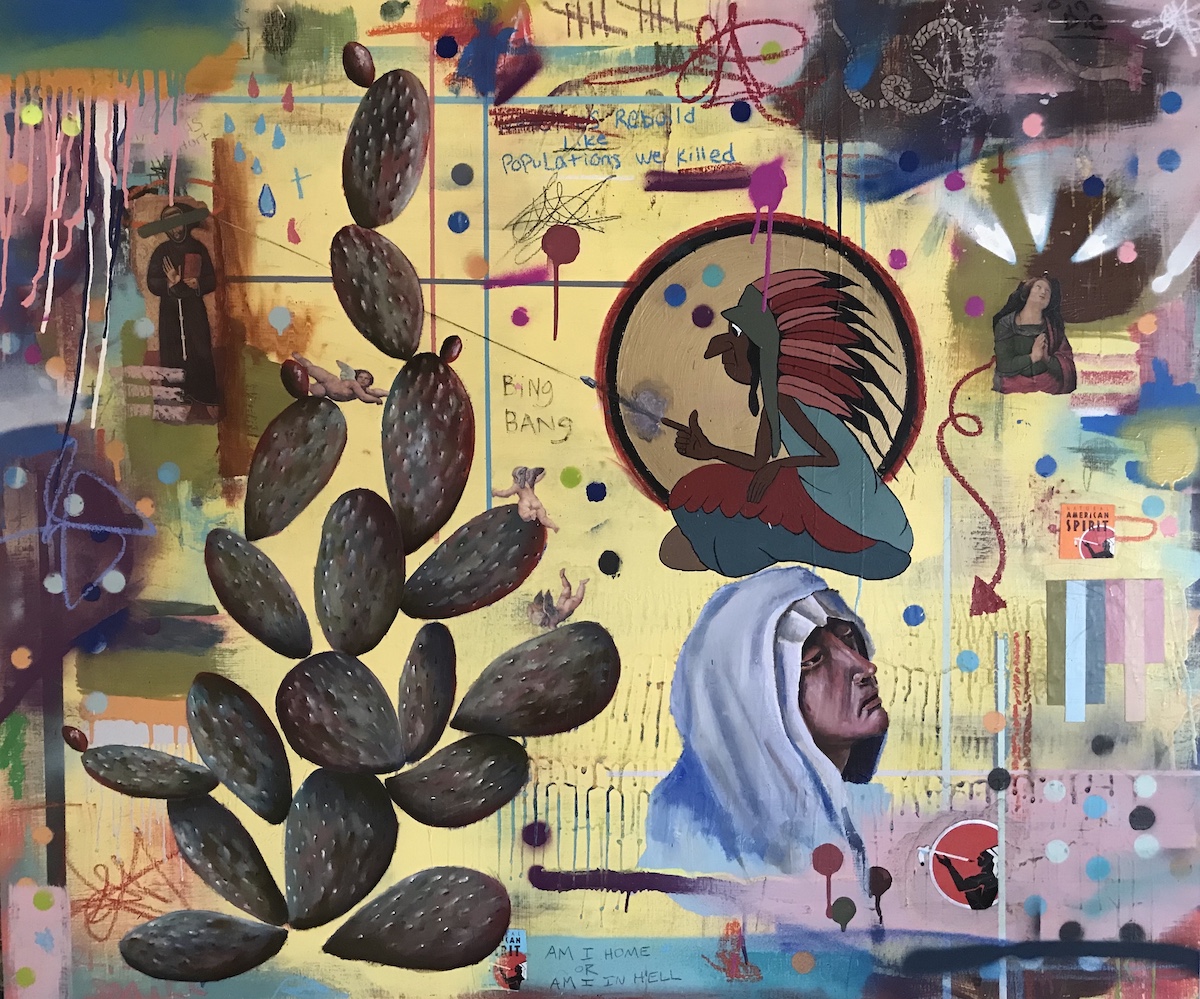 Desert scenes, portraits of Native Americans, and symbols associated with the West take precedence in the majority, if not all of his works, a subject that piqued his interest while visiting Native American sites and reservations at the same time he was a student at Arizona State University.

“I’ve tried to break away from it, but I can’t seem to do that,” Kirkland said. “It’s just something that I’m drawn to and I think should be spoken about. Expressing that through painting and collage is my way of bringing it to light and hopefully getting people to look into it on their own. Because the information isn’t that accessible, sadly.”

Meet John Parker “Douglass corroborated Johnson’s story. He published in the March 1862 issue of Douglass’ Monthly a brief autobiography of John Parker, one of the black Confederates at Manassas. A Virginia slave, Parker was sent to Richmond to build batteries and breastworks. After completing this job, he and his fellow slaves were ordered to Manassas “to fight,” as he said. He was put in an artillery unit with three other black men. On Sunday, July 21, “we opened fire about 10:00 in the morning; couldn’t see the Yankees at all and only fired at random.” During the battle, Parker said, he worried about dying, hoped for a Union victory and thought of fleeing to the Union side. “We wished to our hearts that the Yankees would whip us. … We would have run over to the other side but our officers would have shot us if we had made the attempt.” He and his fellow slaves had been promised their freedom “and money besides” if they fought. “None of us believed them; we only fought because we had to.” . . . https://www.google.com/amp/s/jubiloemancipationcentury.wordpress.com/2015/01/23/poll-was-the-slave-john-parker-a-black-confederate/amp/ . . . #johnparker #confederate #painting #civilwar #art #blacklivesmatter #union #america #glory #sennelier #sennelieroilpaint #sennelier1887

You can see some of Kirkland’s works on Saturday, at the Rebuild LB Art Show / Fundraiser, which was formerly scheduled to take place at Succulent Studios; 795 Long Beach Boulevard, but will now be a virtual art show. For more information, check out @thedailydiddi on Instagram, or to donate to the fundraiser, visit the Eventbrite page here.

Responding to Rebuild LB’s call for submissions under the theme “America’s Problem,” one of the pieces Kirkland submitted, “Exoduster, a Cowboy,” looks at the history of The Exodusters, a migration of more than 15,000 African Americans, who had formerly been enslaved, to Kansas—including men working as cattle hands—leaving the South in the late 1870s in search of a life free from oppression. 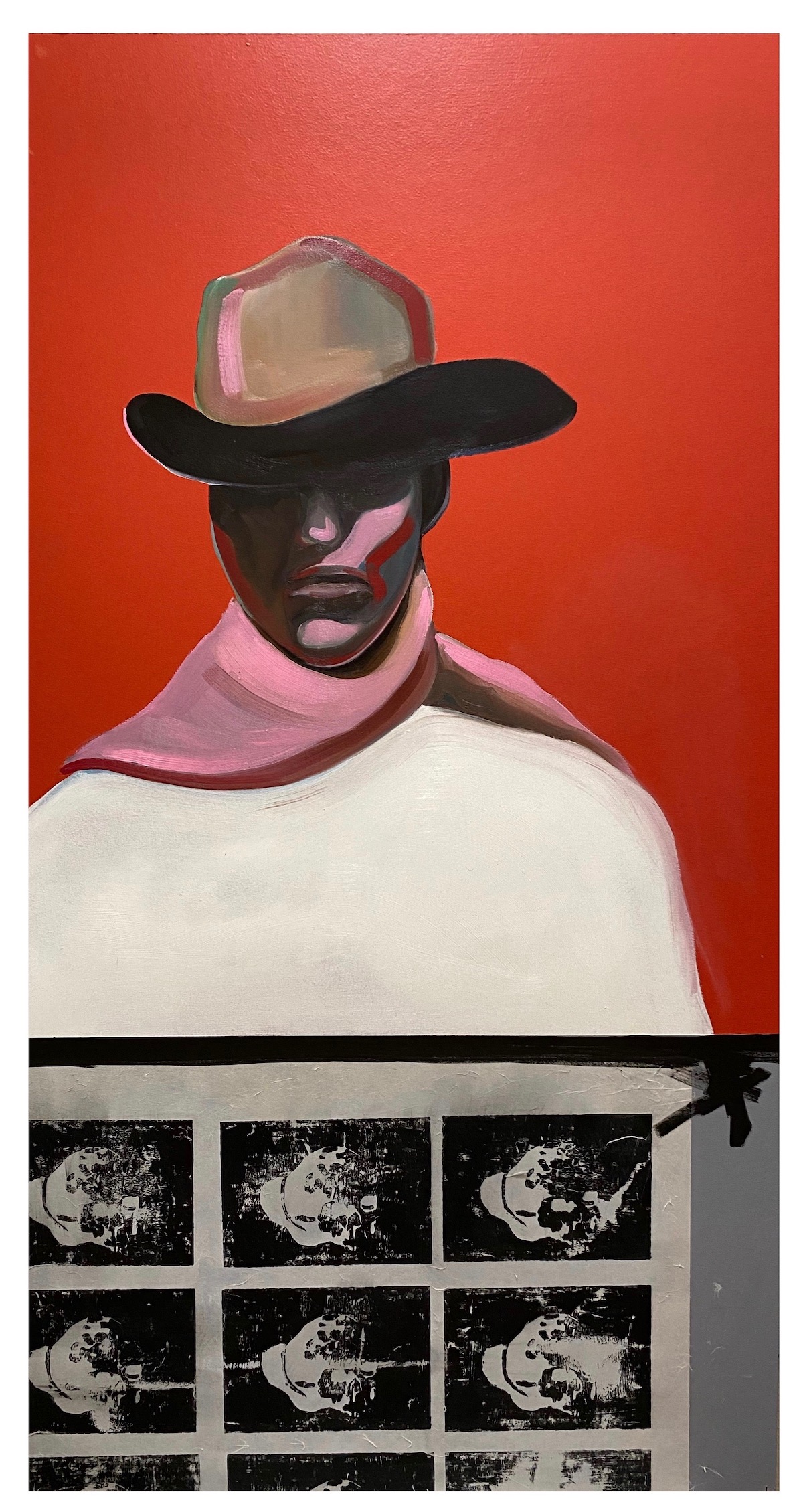 But when it comes to the lively discussion on cultural appropriation happening both on social media and in academia, about whose stories can be told by whom, Kirkland hasn’t received much criticism, perhaps because his purpose stems from a more historical viewpoint.

“I had a solo show in Downey about two, three years ago and all my work was the western expansion theme and the history of slavery, and most of the people there enjoying my art were people of color,” Kirkland said. “The only people I came across that would question my work and try to put me down were white people.”

Currently, Kirkland is working on a new series of paintings dealing with gentrification, using birds as his main subject matter to represent the displacement of people, while at the same time commenting on what he feels is a nonsensical use of borders. 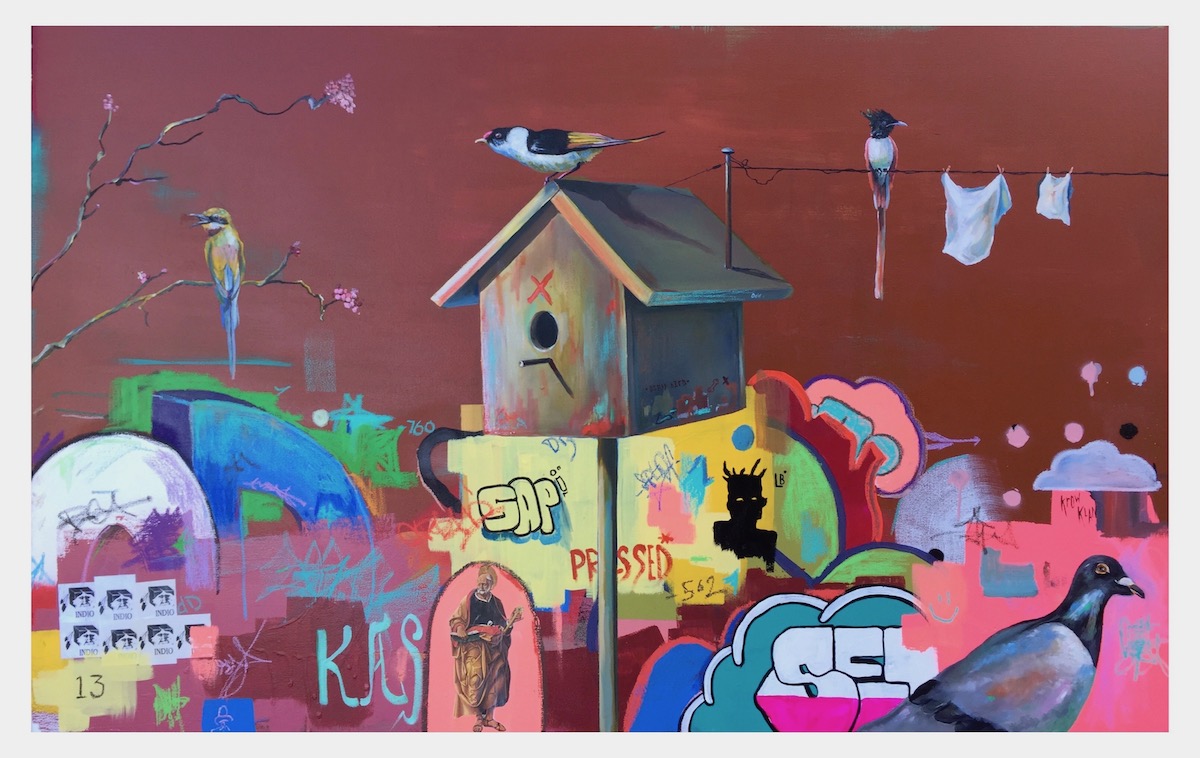 While being priced out of his apartment in Downtown Long Beach may have been one impetus behind the new series—he’s living with a family member and hoping to find something more affordable—what initially sparked Kirkland thinking about borders, birds and displacement, was an argument about… a bird. When he found a hummingbird and brought it to a bird shelter in Huntington Beach, the shelter wouldn’t take the bird because it wasn’t from Orange County, but from Long Beach. 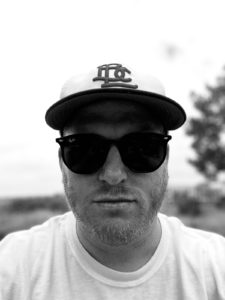 “So, I went, well I’m going to leave this bird outside on your doorstep where it’s probably going to die, and finally she took it,” Kirkland said. “But it was just bizarre to me.”

Originally from Indio, Kirkland, 34, has lived in Brooklyn and Phoenix, and worked as an installer at the Long Beach Museum of Art for five years, while living in Long Beach for about seven. While he’s now an installer at Laguna Art Museum, it was in Long Beach where he said he was able to connect and grow with other artists and refine his artistic process; developing his oil paintings and current collage style.

“It’s so cliche, but I think people shouldn’t be afraid to paint what they want to paint,” Kirkland said. “I think it’s important to paint subjects that make people question. I hope that they [paintings] spark some kind of interest in someone and bring awareness to our history in this country, and the change that can come.”