In the Studio is a multimedia series that highlights local artists and makers, in their element, doing what they do best. To contact us, email Visuals Editor Thomas R. Cordova at [email protected].

When Jay Quintana was a young boy, he was so captivated by the bold colors of his mother’s Mary Kay samples that he would secretly dig through her purse and cover his face with makeup while she was out running errands.

His mother would search frantically around their house for pieces of her makeup, though deep down, she always knew it was taken by him, Quintana said.

Growing up in a Salvadoran family in Los Angeles, Quintana struggled with identity, often stuck between living up to his parents’ expectations and pursuing his own dreams. From the moment he opened up his mother’s makeup, he knew his future was in the beauty industry. But, in an attempt to hide his sexuality in fear of being shunned by his family, he suppressed the side of him that gave him the most pleasure.

Now, Quintana, known professionally as JayQArtistry, is an accomplished makeup artist who has worked in music videos, fashion shows, commercials and special effects at the Queen Mary Dark Harbor over the course of his career. 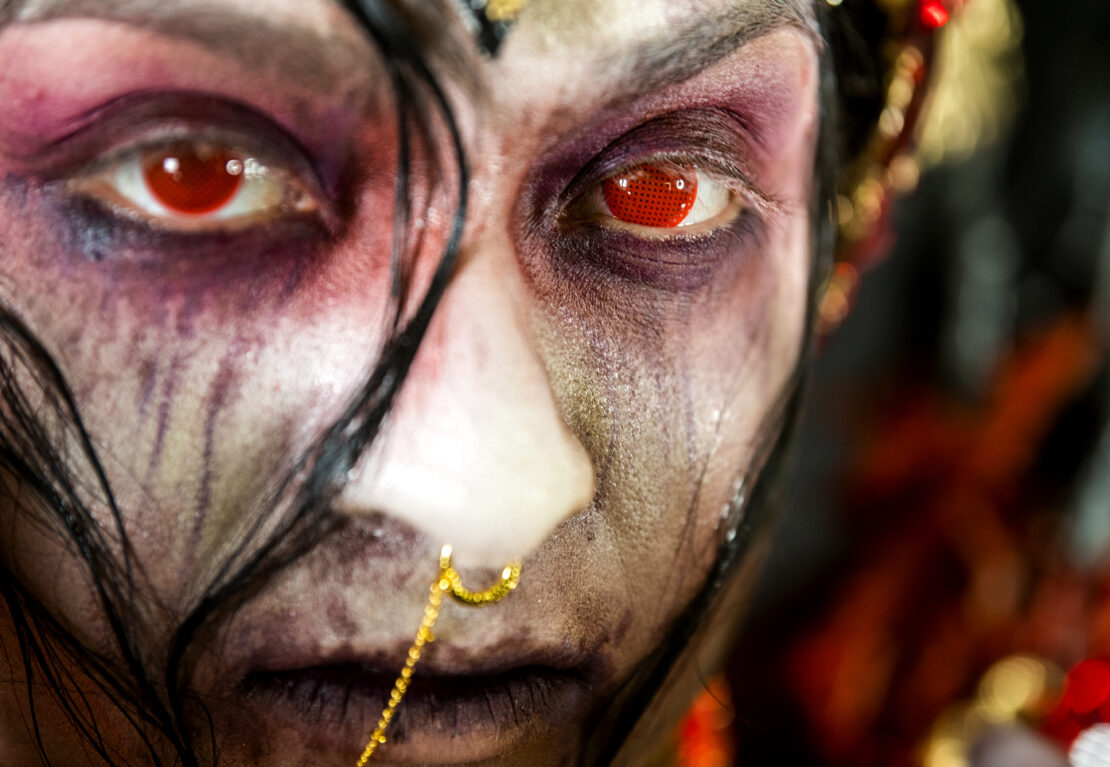 The intense look of Mary Misery after getting her horror makeup done by artist Jay Quintana for a photo/video shoot In Long Beach Thursday, Feb. 10, 2022. Photo by Thomas R. Cordova.

“I love to create, I love to design and I think that’s where my passion lies,” Quintana said. “I like to look at the beautiful and the ugly and kind of mesh those two together. I feel like that’s where my art is lying right now.”

Holding back tears, Quintana recalls how he started his career in the beauty industry as an eager-to-learn student, spending the first two to three years learning everything he could about makeup from YouTube videos. Any money that he earned he would use to buy makeup at CVS or Walmart to practice on himself.

During this time, he also attended cosmetology school where he built up a small customer base, including his mom and aunts, who were some of the few family members that accepted him after he came out at 18. When his customers would show up for a hairstyling appointment, Quintana would convince them to get their makeup done by him for an extra $5, as opposed to paying $50 at a retail store.

Eventually, Quintana felt comfortable enough with his skills to apply to freelance at Dark Harbor and work retail at a cosmetics store in 2012 where he was able to grow as an artist and challenge himself.

At these jobs, he sought mentorship from colleagues who had more experience in the industry.

“I came into Dark Harbor, not knowing what airbrushing was,” Quintana said. “When I get there, I’m looking at the momentum of all the artists and they’re just spitting out these amazing makeup looks. And it’s been 10, 15 minutes and 20, 30 minutes, and they’ve already gone through three monsters at this point. Maybe four. And I’m over here still working on my first one.” 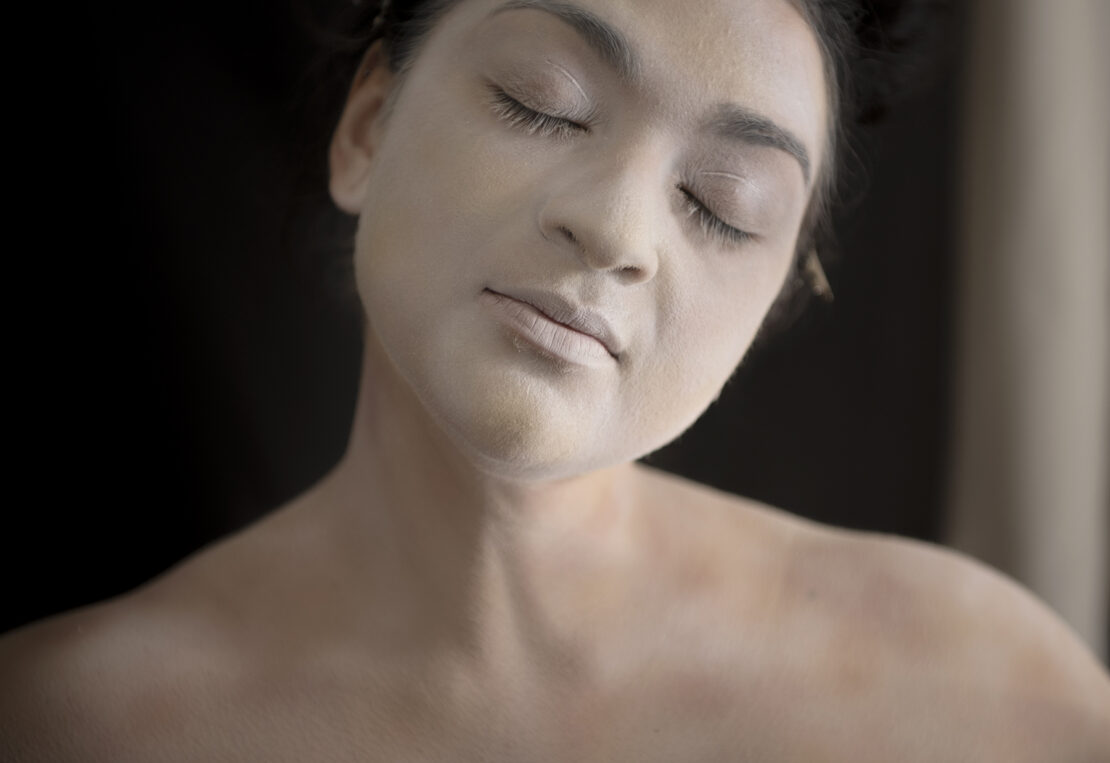 Through his hard work and dedication, Quintana was able to become one of the top artists for Dark Harbor during his nine-year tenure as a freelance artist.

He even went on to become a lead and won artist of the year in 2019 during the company’s wrap party. But as Dark Harbor was canceled for the second year in a row due to the pandemic, Quintana has focused on his other freelance work, including a Morphe PRIDE campaign in which he was the only drag queen and creating his own characters through makeup.

“I want to show people what else I can do,” he said. 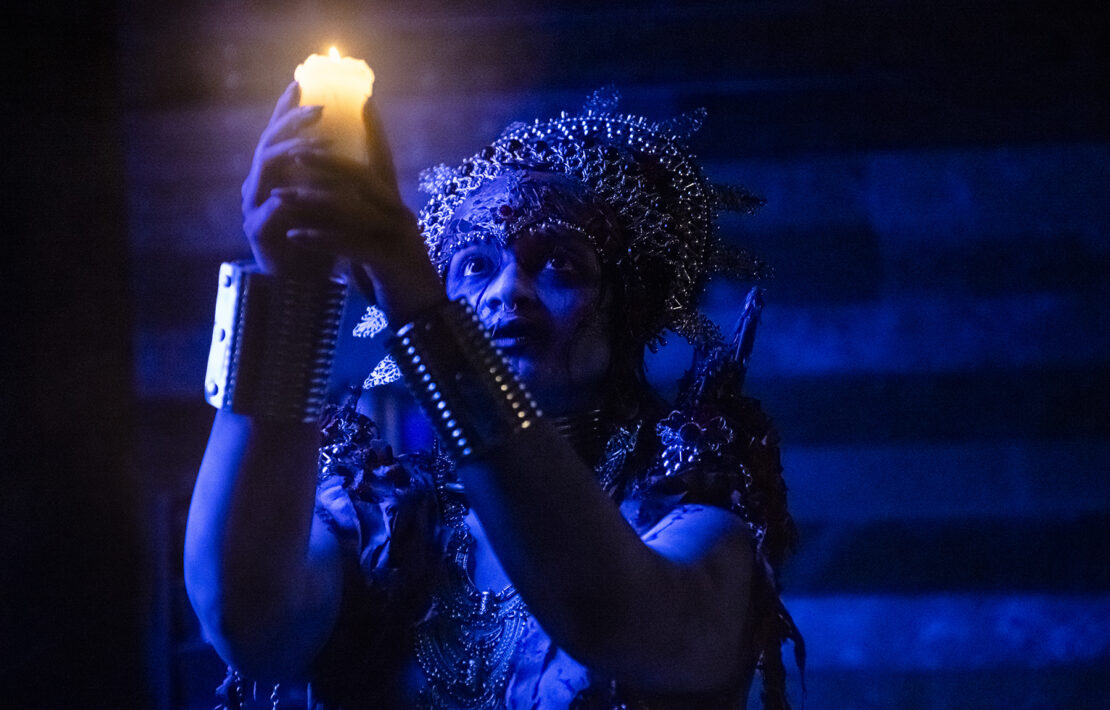 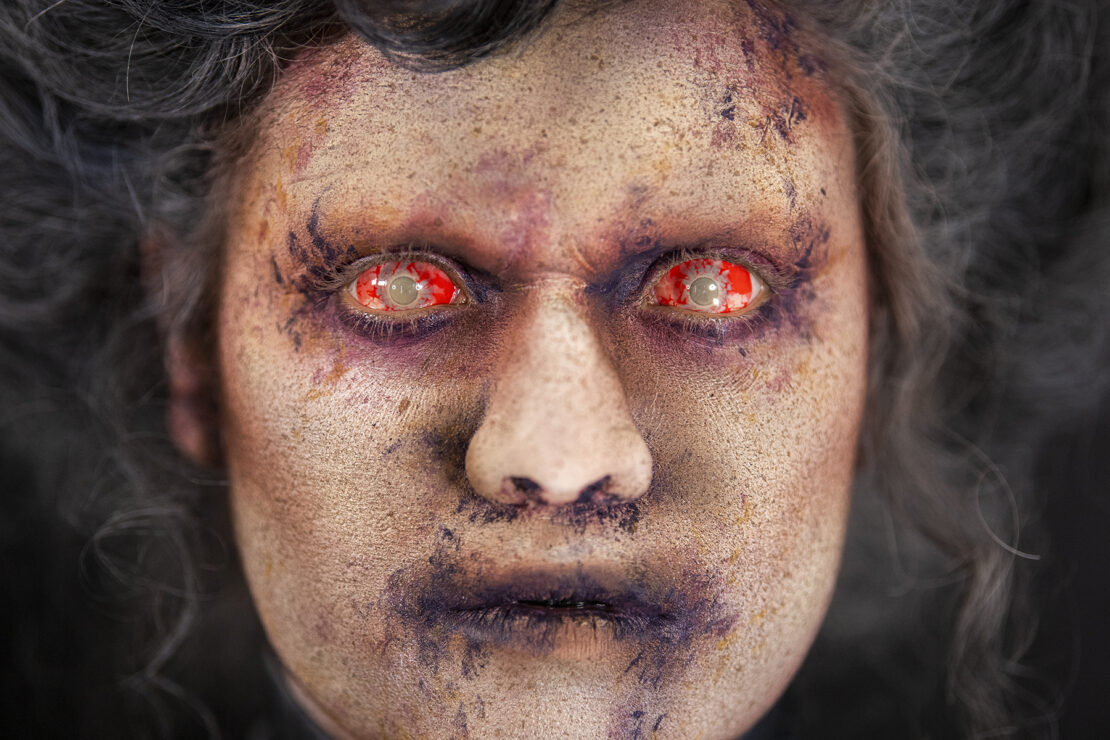