On a warm Sunday afternoon last weekend, Elsa Barragan relished the rewards of five long years of labor with the grand opening of her food truck, Mariscos el Garage.

Those who could find seating scarfed mariscos to the celebratory tunes of a live banda and watched the one-two prance of caballos bailadores (dancing horses).

“I really could not believe my eyes,” Elsa Barragan said. “I had no idea how many people [would come to] support my family and me.”

But to the 20,000 and counting who follow the 37-year-old chef and her Michoacán-meets-Sinaloa dishes on Instagram, this new chapter of Mariscos el Garage is a welcome page on a story 25 years in the making.

In 1996, Barragan’s father, affectionately nicknamed Don Diego, launched his seafood business out of his one-car garage. For 20 years he sold one thing: cóctel de camarón.

The shrimp cocktail was so well regarded, it attracted a community of zealous regulars, addicted to the unique freshness and flavor that was the Don Diego cóctel de camarón. 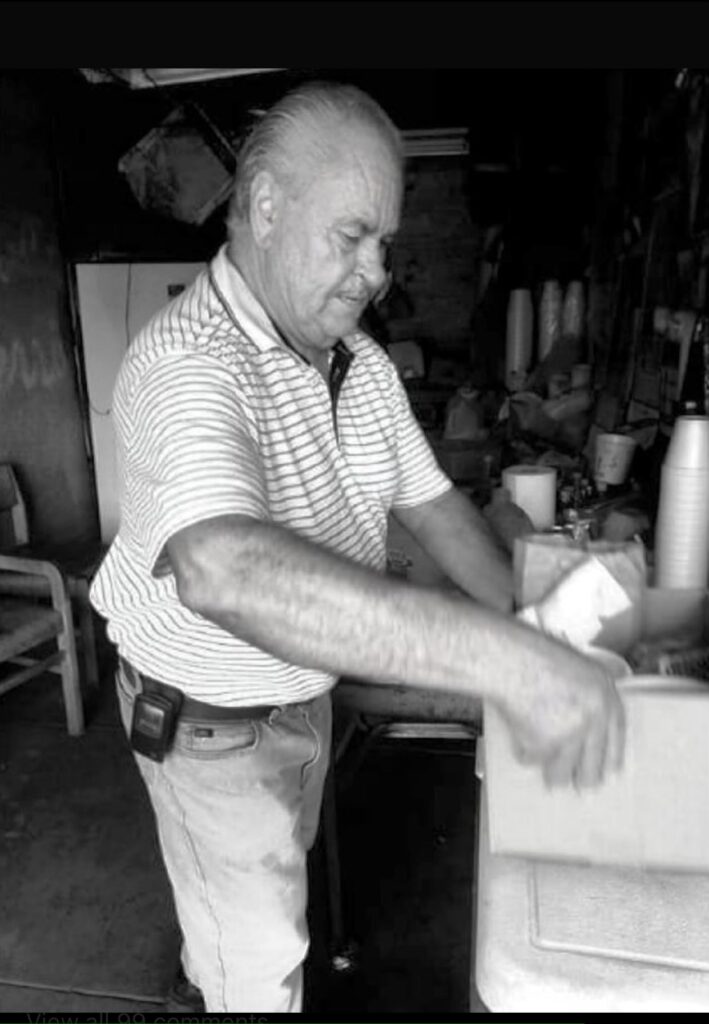 But what it was that made the cocktail so special was a mystery.

“People would come and try the shrimp cocktail …. and they would ask, Diego, where do you get this? Or how do you make the shrimp juice?” Barragan recalled. “And his response always: I buy it at Home Depot.”

Don Diego guarded his recipe so fiercely, only his wife was allowed to prepare the sacred shrimp. Despite his secrecy, Barragan developed a fascination with the business.

“Out of all my siblings, I’ve always loved the kitchen,” Barragan said. “I was always there watching him, watching my mom. I was always asking questions.”

But in 2016, Don Diego died due to pneumonia complications. He was diabetic, Barragan explained, and sometimes struggled to maintain his health.

Just before his health deteriorated to the point of needing intubation, Barragan said she received a phone call from her mother in the early morning hours.

“He kept telling my mom, call Elsa, tell her I want her to cook,” she said. “It was weird because he never liked me to prep or cook his shrimp. But on that day, he was very insistent.”

It was the blessing she needed.

Barragan began running the garage on weekends at first. It was still as popular as ever and working there renewed her love for cooking. She quit her weekday job as a dermatologist in Beverly Hills and began to work full-time.

“When I added the [shrimp] taco is when everything kind of flipped,” she said. “And then eventually, it just went crazy.” 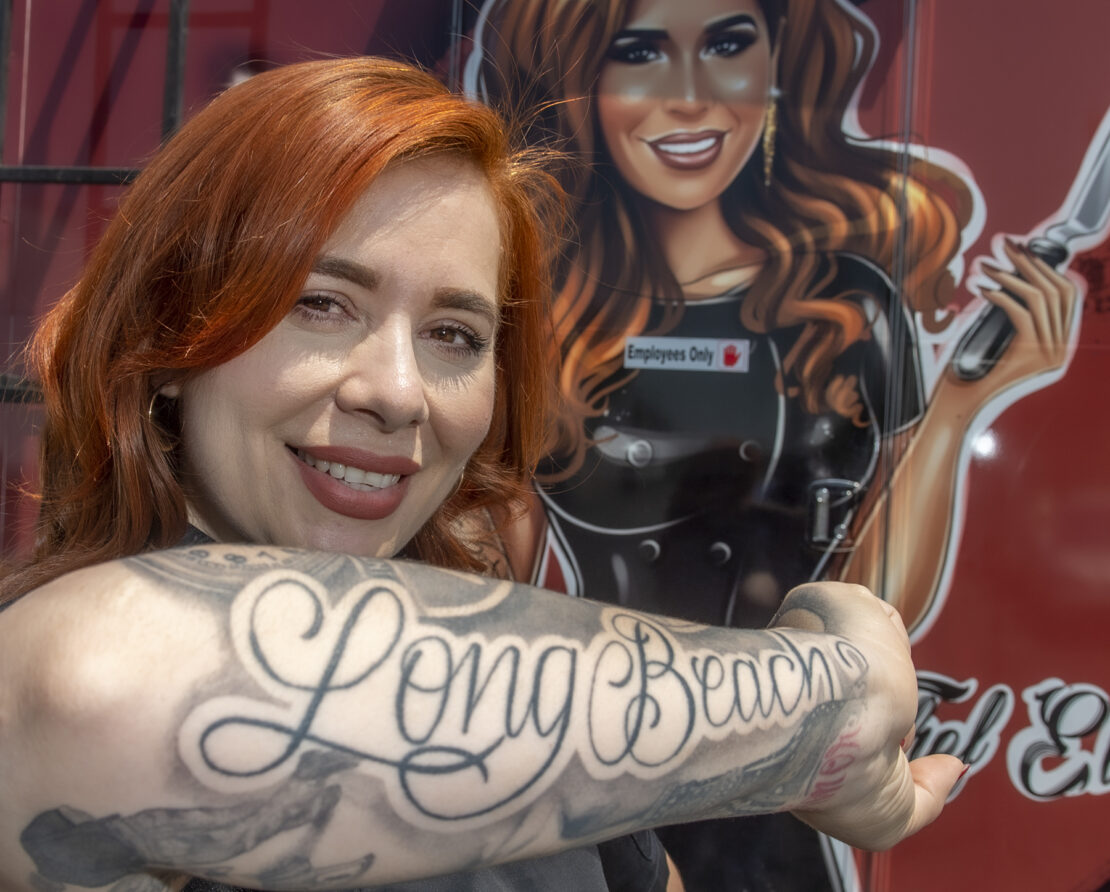 Chef Elsa Barragan shows a tattoo as she stands in front of her new food trailer in Paramount Monday, July 19, 2021. Photo by Thomas R. Cordova.

Though Barragan points to a social media shoutout by food influencer Mexi Papa as a prominent boost to her popularity early on, word of mouth ultimately snowballed the craze. But her popularity also attracted the eyes of the city and she was shut down. It was devastating, she recalled, but it pushed her to keep going.

“I said, I can’t let them shut me down. I promised my dad I would take care of my mom the way he did,” she said.

After months of saving she purchased her truck—a small concession trailer she built out into a kitchen—and navigated all the red tape toward legitimacy.

“I would cry, I would sweat,” she said of the process. “But I finally did it.”

A camouflage Chevrolet Silverado wheels around the cherry-red trailer that features her company logo, a charming caricature of her father and his garage. It also depicts the cross streets where the former garage business got its start, on 17th Street and Sherman Place.

Now, Barragan can serve up the masses—worry-free—with her food. Taking a cue from her father, her menu itself has an air of mystery as well.

Her menu is not publicly available online and frequently changes. Only on her Instagram stories can you find out exactly what she’ll be serving that day.

Though there are some staples: the cóctel de camarón (just as her father made it), the taco Gobernador and ceviche will generally always be available—though which kind of ceviche she’ll be serving that day can be a toss-up.

Each of her ceviches (both a fish and shrimp) are served with their own specific salsa, too. They are meticulously flavored, she said, and need no fixing.

Mariscos El Garage, for now, will only be serving at the Los Postros restaurant and nightclub from 11 a.m. to 5 p.m. Wednesday through Sunday.

That location was selected in part because it is a sweet reminder of her father, Barragan said. As a child he would take her and her family there to eat when it was a pizza parlor in the 1980s.

Barragan said she plans to expand and open up a second food truck that sells only tacos. She also hopes to open her own restaurant someday, too. But for now, she’s simply happy that she can carry on her father’s legacy.