Whenever Long Beach musician, writer and filmmaker Frank Meyer ruminated on the fantasy of what he could accomplish if he had all the time in the world to work on his art, he never imagined that his dream would ever become a reality.

The necessary evil of keeping a day job was something the guitarist and frontman of the veteran punk-rock outfit, the Streetwalkin’ Cheetahs, always endured. Even when the gigs were fun, like working as a writer and producer at NBC’s G4 and Esquire networks, he had always daydreamed about what life would look like if nothing pulled him away from his passion projects.

But then, he was furloughed from his latest day job as a content producer on an app for guitar manufacturer Fender that taught people to play guitar, and suddenly, he had all the time in the world.

The new tunes span over a multitude of projects. His solo eponymous project just released “Repetition Repeat,” a pandemic-inspired anthem about the all-too-familiar feeling of enduring a quarantine-prompted Groundhog Day. The video, filmed and edited by Meyer’s former Fender colleague, Aubrey Mayne, encompasses the mania brilliantly.

Music videos from The Streetwalkin’ Cheetah’s newest single, “Warzone” along with “California Sound” from Meyer’s Long Beach punk band, Blind House, which includes frontman Brian Coakley from Cadillac Tramps and former Social Distortion drummer Derek O’Brien, were edited at Meyer’s home studio—that studio being the desk in his living room supporting his MacBook Pro, mini keyboard, a microphone, and a couple of amps. (The crown jewel, though, would be his collection of some 26 guitars amassed throughout the years.)

Meyer believes his most “notable” release thus far—and by notable Meyer means it’s the most press he’s ever received for anything he’s ever produced in the last 10 years—is the pandemic-themed jam “Flatten the Curve,” that features an all-star cast of musicians such as Cherie Curry of The Runaways, Tony Reflex of the Adolescents, Eddie Spaghetti from The Supersuckers, the Melvins, Mike Watt and a host of other renowned musicians that would take the better part of this article to list entirely.

The song, produced and organized by Bruce Duff, Streetwalkin’ Cheetahs guitarist, thought it would be a fun way to help raise funds for Sweet Relief and Jubilee Consortium (all proceeds from the song will be donated) while giving all the home-bound musicians something to do. Meyer, who you can spot in the video playing guitar with his dog, Mojo, wrote the song and directed the video which features cobbled together clips of the musicians jamming from their homes.

There is a multitude of reasons why those who’ve worked with Meyer return to the musician to collaborate. Inarguably talented, a “crazy evil genius of rock-and-roll” as Blind House’s Coakley put is. But Meyer’s is also an exceptionally prolific songwriter.

“He’s got so many tools in his play chest,” the 57-year-old Coakley noted. “His adaptability. I’ve seen people bring an idea to him, and I mean everybody from big-name metal guys to big-name punk rock guys and all these other people he works with and helps [write] and finish songs for.”

It was Meyer’s gruff, tumble bluesy voice that caught James Williamson’s attention after Meyer, in a serendipitous twist of fate, performed in Williamson’s all-star Stooges concert at the Bootleg Theater, five years ago. But what solidified Meyer as a member of Williamson’s new band, James Williamson and the Pink Hearts—besides the fact that Streetwalkin’ Cheetahs take their name from a line in the Stooges’ song “Search and Destroy”—was his songwriting.

Sitting in his favorite spot at The Good Bar, Meyer remembered the day when he received a text from Williamson asking if he’d be interested in working together. Williamson asked him to fiddle with one song idea out of the two he had sent his way.

“And because my work ethic is fairly ridiculous, in the next 24 hours I’d written both songs and sent him the demos, and he was like ‘These are great!’” Meyer recalled. “So we wrote two more.”

From an outsider’s perspective, it might be difficult to believe that one person has pulled off the ridiculous roster Meyer has amassed over the last five months, until you meet him. Perhaps his brother, Breckin Meyer, the actor who played Jon Arbuckle in “Garfield” and Travis in “Clueless,” explains it best.

“Frank is like an octopus. He’s happy to have eight things going on. He likes spinning a bunch of plates. I know people who are definitely more like, alright, I did 25 minutes of work today. That’s my day. Yeah, that’s not Frank. 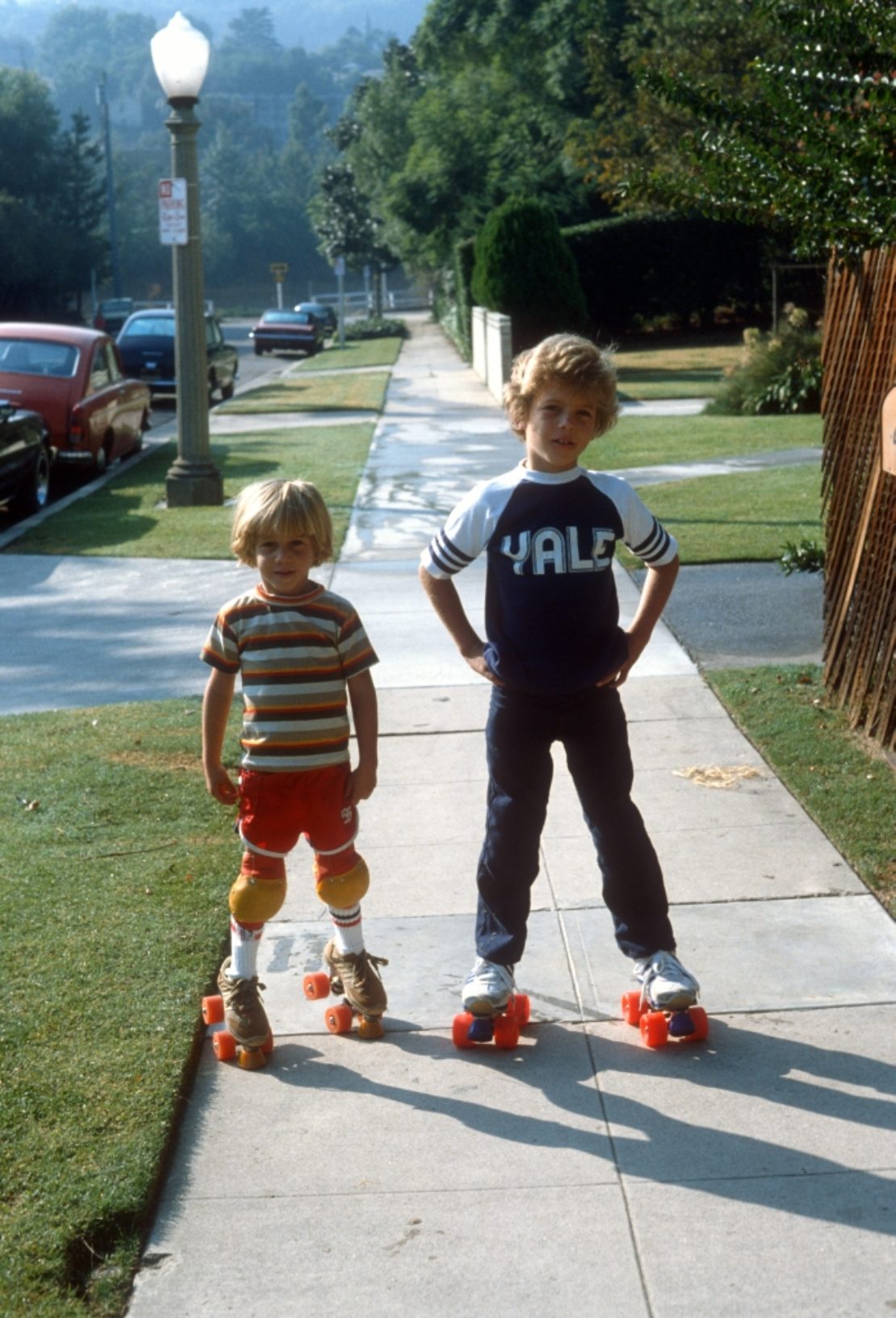 With no intention of slowing down, except to walk his dog and spend some time with his 16-year-old daughter, Bella, Frank said he’ll be pushing on through 2020, enjoying this time he has working on anything and everything that excites him.

“I feel unchained,” he said. “There’s nothing right now that I don’t have the ability, the means, the time, and the energy for, which is really exciting place to be.”