Today is National Dog Day, the official dog day of summer. It’s unclear why there’s a particular need for a National Dog Day, because most dog owners tend to smother their pooches with over-the-top affection every day. They visit web sites like chewy.com or amazon to buy them toys and treats, leashes and harnesses, sweaters, raincoats, costumes and booties.

We throw birthday parties for them, buy them wading pools in the summer and Christmas stockings at Christmas.

Even so, today your dog might expect a little more than the usual overly generous amount of fawning and attention.

Here’s a list of ways to show your dog an extra ton of attention today, along with a few assorted dog-day facts.

Would you eat a Milk Bone? No. They taste like hay. Sure, your dog seems to like them OK, but only because you don’t offer them much of a choice. Today, try giving your pal a top-shelf snack from one of Long Beach’s fine-food pet shops like The Dog Bakery, at 4818 E. Second St., which bakes its products from scratch and hand decorates them. You can buy cookies like mutter butter or carob chip for $16.99 a dozen, or try a little bit of everything in the Barker’s Dozen assortment pack for $29.99. And if your dog is throwing a Dog Day party, steal the show with a Barkuterie Board, a canne charcuterie laid out handsomely on a cherrywood board for $149.99. 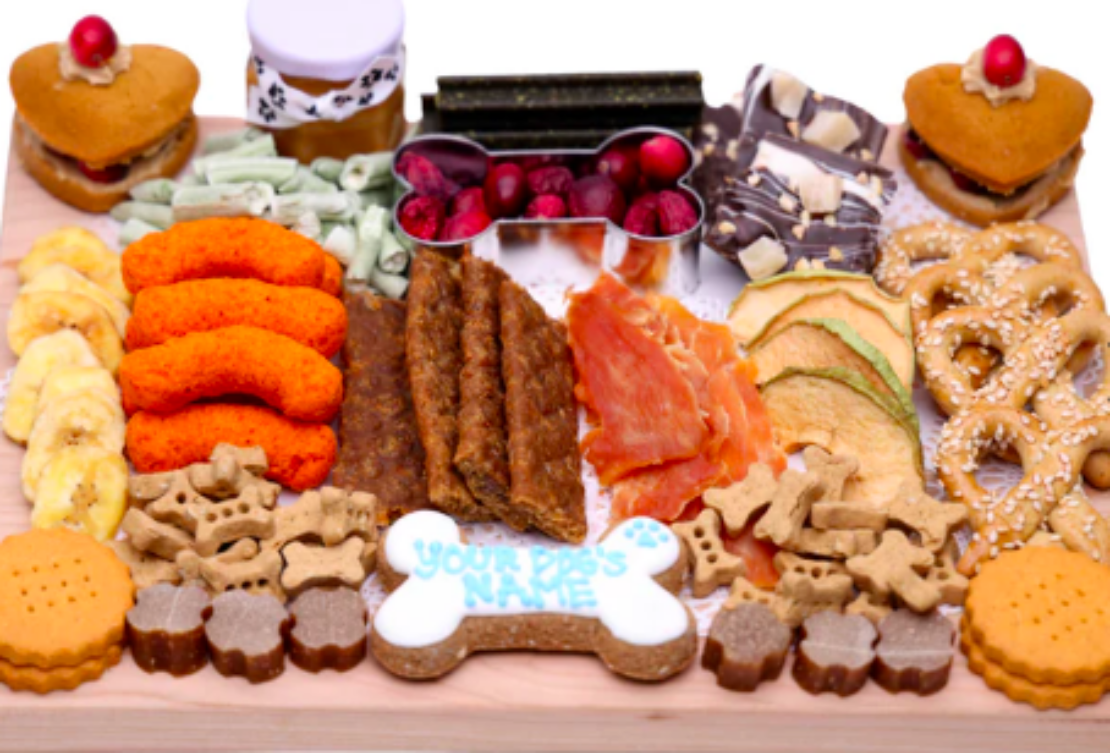 Or try PJ’s Pet Cafe, 3412 E. Seventh St., for your dog’s baked-goods needs, including an array of cookies that feature a few exotics, like mint-parsley, which may taste all right, but we’ll bet your pet will prefer simple bacon cookies.

If you don’t have a dog yet and have no idea of what kind of dog to get, there are several dog-breed finders on the internet. You answer a few questions about your lifestyle and what you expect out of a dog, and bam! The selector sets you up with the perfect pooch.The thing is, we tried four different breed-finders—American Kennel Club, Pedigree, Purina and Dogtime—and wound up with four different “perfect” breeds for us, ranging from a Chi-Poo (chihuahua-poodle mix) to an exotic Berger Picard. 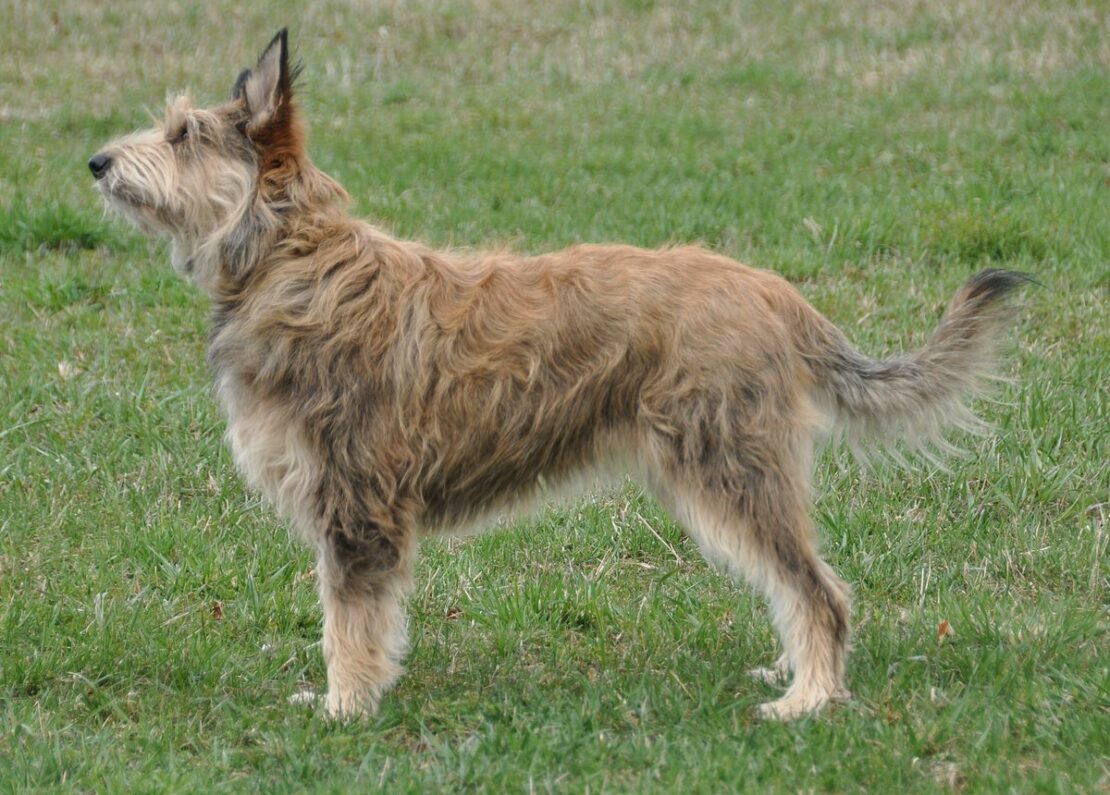 Spotify has several playlists for dogs—sounds dogs love to hear—to let your dog relax, or more likely go crazy. They include such favorite classics as “Doorbelll/Knocking,” “Siamese Cat Meows,” “Squeaky Toy” and “Puppy Barking.” You can simply play one of the pre-programmed list or compile your dog’s greatest hits in a custom playlist. 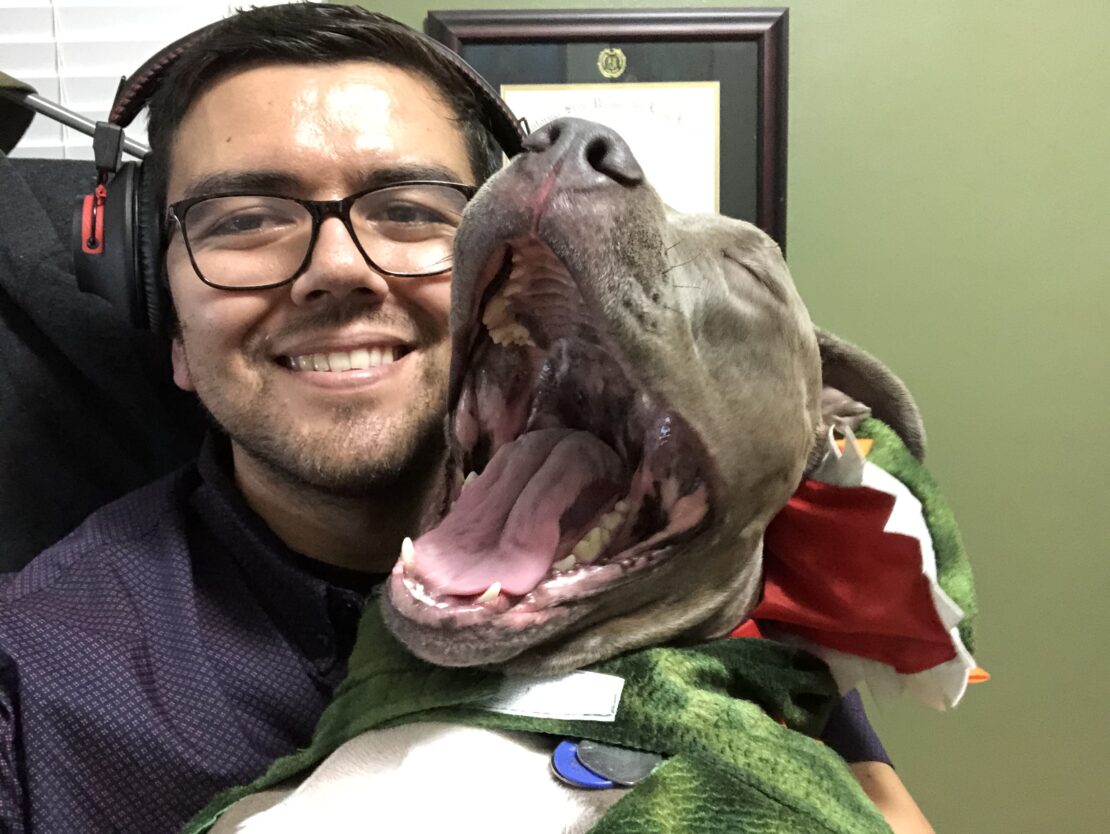 There are no unhappy dogs at Rosie’s Dog Beach, the acclaimed stretch of sand and surf (though more sand than surf) between Granada and Roycroft avenues. If you’re wary of your dog’s behavior around others, you can keep them on a leash, or if you have a sociable pet, let them run free at Rosie’s, the only off-leash dog beach in LA County. It’s open daily from 6 a.m. till 8 p.m. 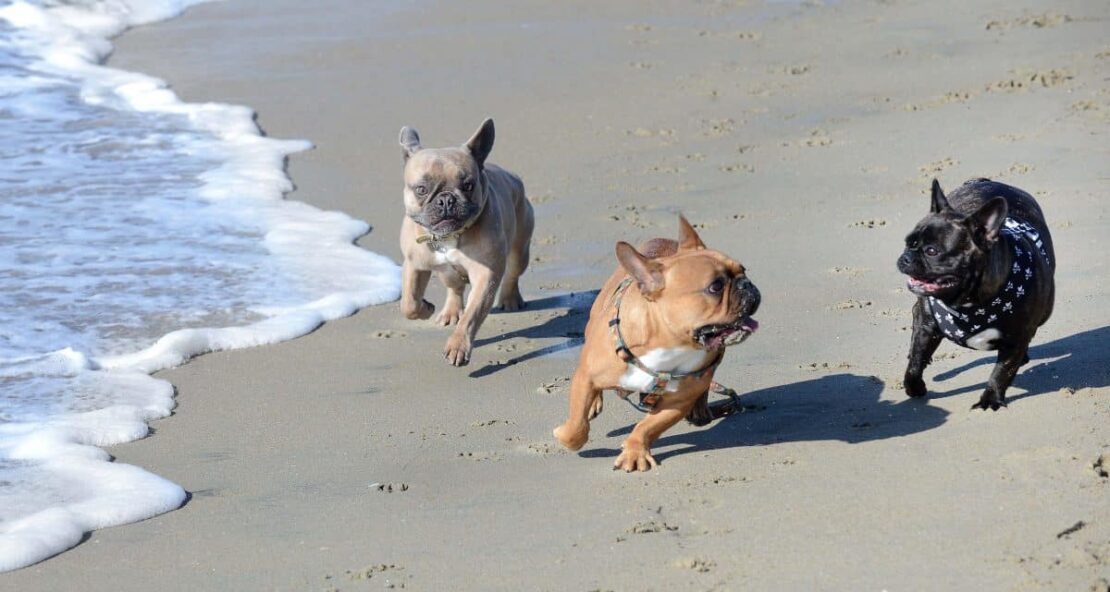 Play at the park

Long Beach has at least a dozen dog parks where your pooch can play with others in an enclosed area. Here’s a list of them all, from Bixby to Wrigley, along with some rules you’ll want to follow to avoid mutt mayhem. 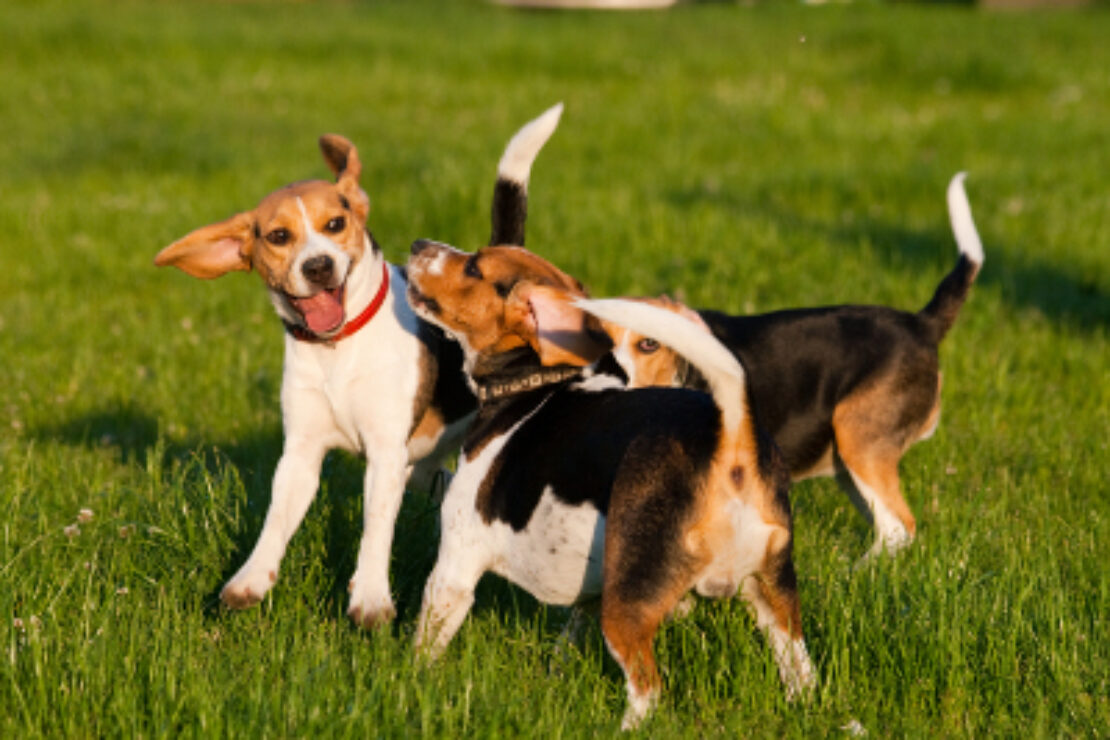 There’s no one better to curl up and watch a movie with than a dog, and there’s no better dog movie for the two of you to watch than 2000’s “Best in Show,” featuring a spectacular cast of actors as well as dogs—all of the major dog roles are played by Canadian Kennel Club Championship qualifiers, while the humans include Eugene Levy, Christopher Guest (who also directs), Michael McKean, Catherine O’Hara, Parker Posey and Fred Willard. 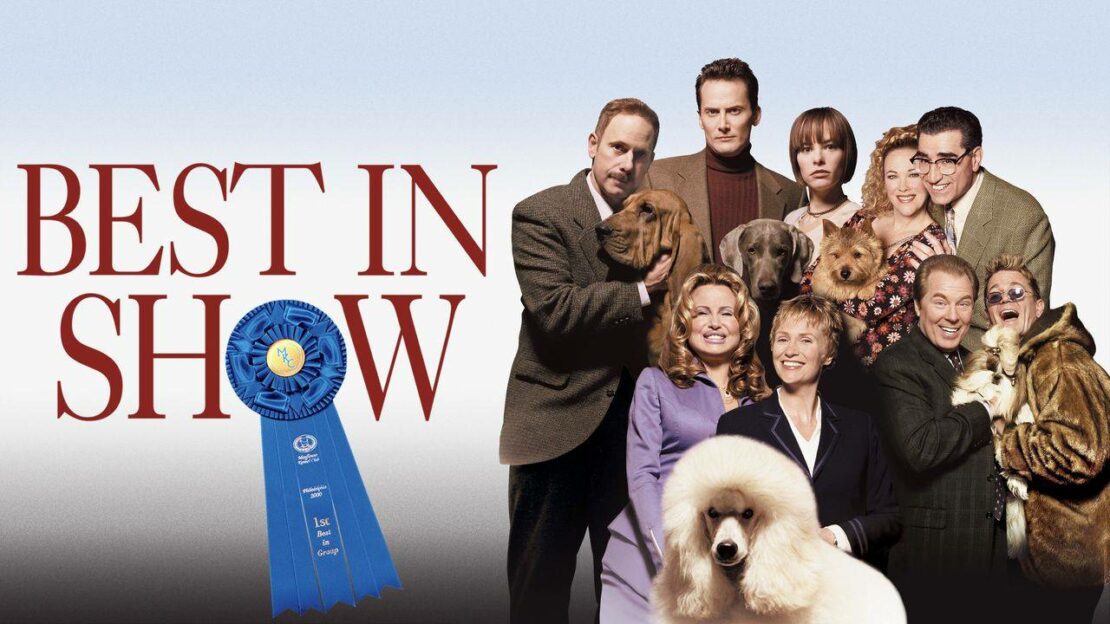 If you’re a dog-lover—and we assume you are if you’ve read this far—you don’t want to see a movie in which the dog dies. No dog dies in “Best in Show,” for instance, but for god’s sake stay away from “Old Yeller” and “Where the Red Fern Grows.” To be on the safe side, check out doesthedogdie.com, where you can type in a movie or TV show or book title and find out if a dog dies in it, along with any other sort of triggering calamity. 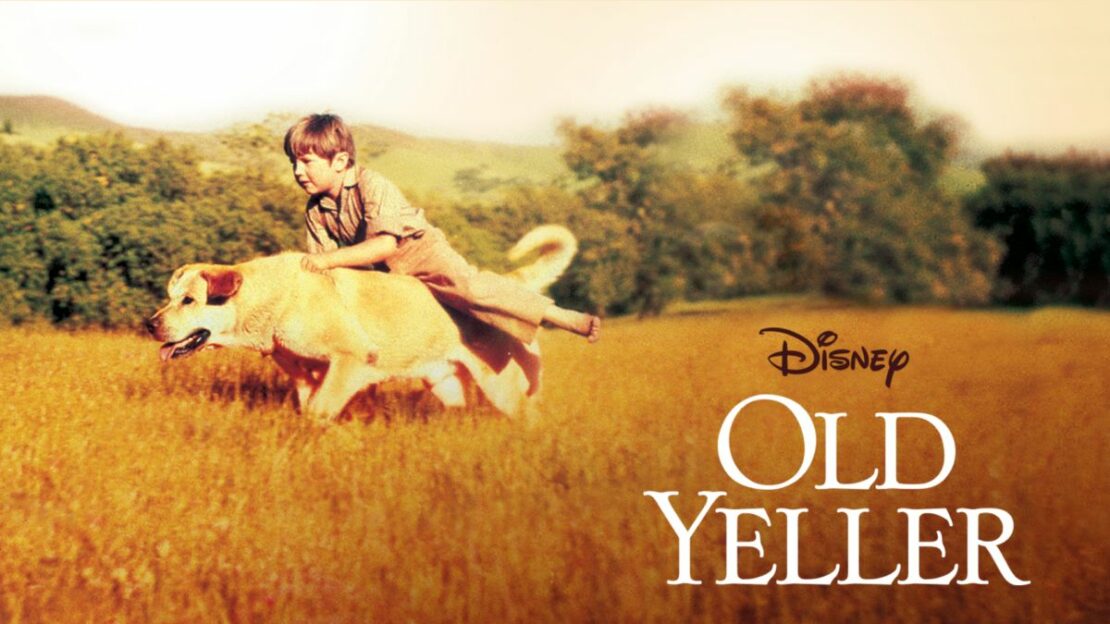