It’s late in the afternoon when a group of young musicians arrive at the beach parking lot on Junipero Avenue and Ocean Boulevard and begin to set up their instruments. A couple of rechargeable amps, a guitar, one bass, an electronic synth pad and a modestly sized drum kit—it’s not much, but it’s all they need.

As they tune their instruments and check their sound levels, the group chats and jokes among themselves, obviously happy to see their friends again. But happier still that in just a few minutes they’ll be jamming together as they’ve done for years.

This motley crew of musicians all hail from a music program known as Instant Band, a weekly music jam session running out of Homeland Cultural Center in MacArthur Park that invites anyone interested in music performance a chance to experience what it’s like to play in a band.

For the last 20 years, the Instant Band program has been alive at Homeland until COVID-19 prompted the cultural center to temporarily close in March. For the program’s most devoted members, who call themselves the Sound Army, the loss of the weekly program has been hard.

“It’s definitely a culture shock. I felt it within the first two weeks of COVID,” 31-year-old Tony Silva said. 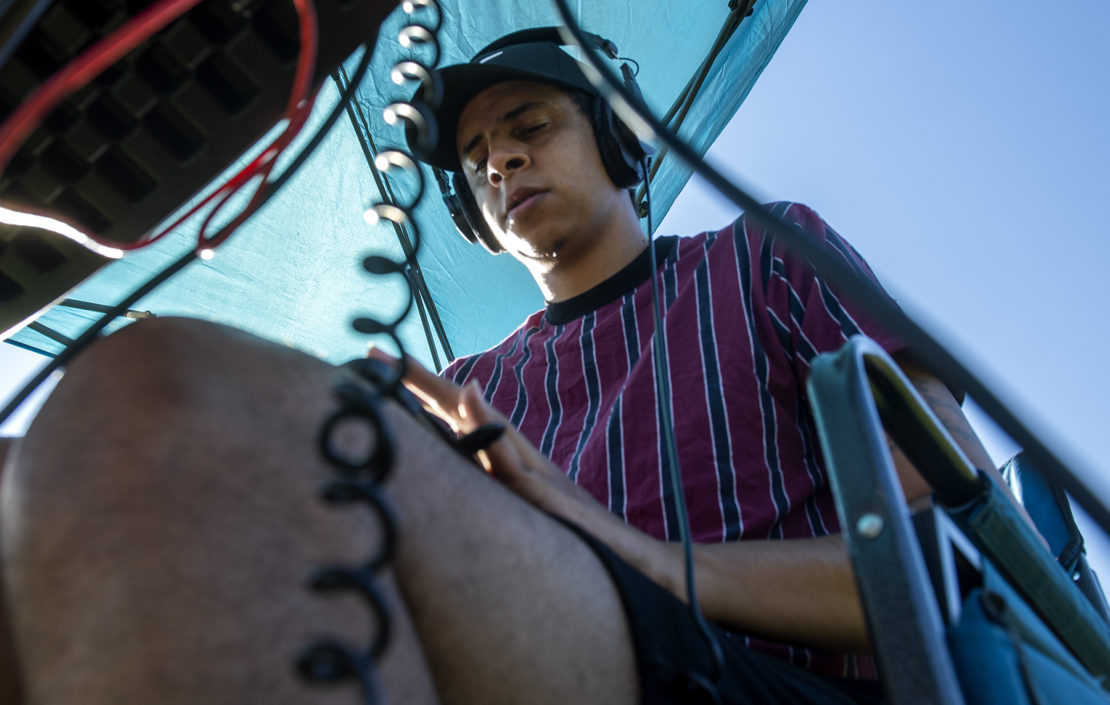 Chords everywhere as Tony Silva plays the synthesizer with other members from the Homeland Cultural Arts Center as they jam at Cherry Beach in Long Beach Wednesday, July 22, 2020. Photo by Thomas R. Cordova.

Silva joined Instant Band nearly 10 years ago. After his grandmother’s death and a car accident just two days after, that completely wrecked his car, Silva said he was in a dark place. As a way to lift himself out of depression he started going to Instant Band and hasn’t stopped coming since.

Through the program he says he’s been able to explore his own music tastes and style as a beatmaker and hip-hop artist, but he’s also made some lifelong friends, some of whom he’d only get to see during the weekly jam sessions.

Going without seeing Instant Band’s founder, Orlando Greenhill or “General Greenhill” as he’s been nicknamed, has been an adjustment for the group, too. Regarded as a mentor, those who know him all speak of the profound impact he’s had in their lives. From instilling a love for music, to teaching his pupils to see the good in everything, all have learned something from the general.

“If there’s one thing Orlando instilled in us it’s that we gotta make the best with what we got, and that’s what we’re doing with this,” 23-year-old Joseph Stowers said. “We’re just homesick for playing in the company of Orlando […] so this is our vice to get us through quarantine without live music right now.”

The Losers at School Beach Jam Session, which is named after Silva and Stower’s weekly Long Beach-themed podcast, The Losers at School, happens every second and last Thursday from 4 to 8 p.m. Homeland alum Jesus “Jessie” Amezcua and Paul “Donut” Havrell and Sebastian Calvillo make up the other musicians who complete the group jam session, picking back up where Instant Band left off. 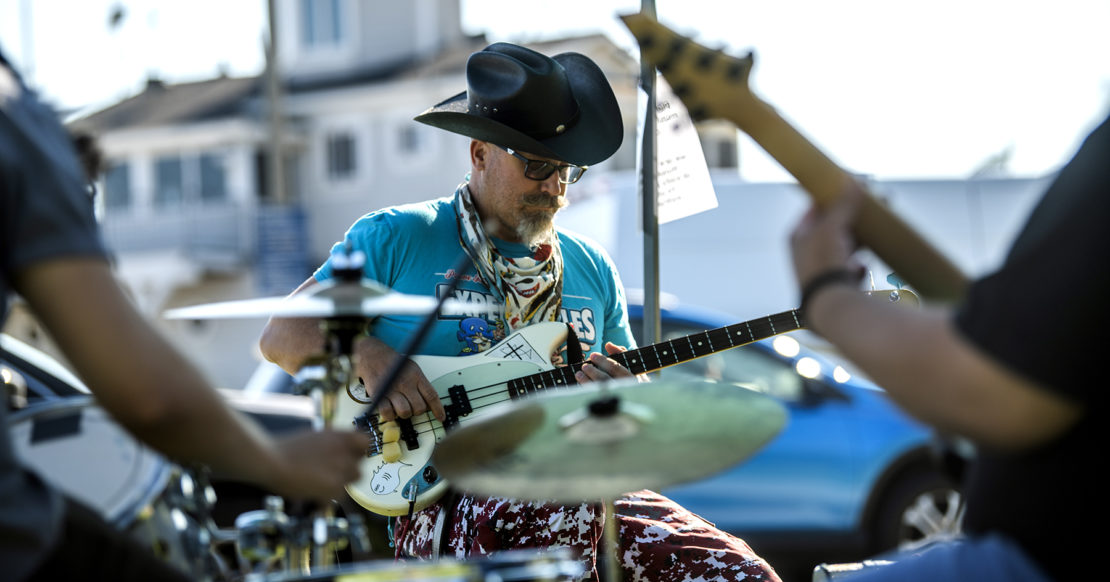 Donut gets his time on the bass guitar as members from the Homeland Cultural Arts Center perform at Cherry Beach in Long Beach Wednesday, July 22, 2020. Photo by Thomas R. Cordova.

In compliance with social distancing, the group has signs posted asking people to maintain a six-foot distance from them in addition to keeping a fair distance from each other when not wearing masks. They also aren’t accepting any cash tips.

A month into the beachside shows and they admit this was exactly what they were needing and now they immensely look forward to playing music there every week.

“Honestly, it’s a relief,” Silva said. “I had so much going on as far as stress is concerned […] and once we got together it was just magic. Everything was magic, I didn’t have to think about nothing.”

Stowers says the group plans on coming out every Thursday until COVID-19 is over and live music returns to the city. Until then, they’ll keep playing, just as they’ve always done.