'I just wanted to dance': With loss of prom, local teens are finding new ways to celebrate • the Hi-lo
- ADVERTISEMENT -

Jordan High School senior Rickey Harvey experienced a second wave of disappointment when the calendar notification popped up on his phone the same day his prom would have taken place, a sad reminder that he would not be suiting up in his fanciest attire, his date on his arm, to see all his friends before they head off to different colleges.

The first of his three older siblings to go to prom, Harvey, an accomplished basketball and football player for Jordan, had spent nine months figuring out what suit to wear, what car to rent, what flowers to buy, but after all was said and done (and canceled) he said, somewhat defeated, “I just wanted to dance.” 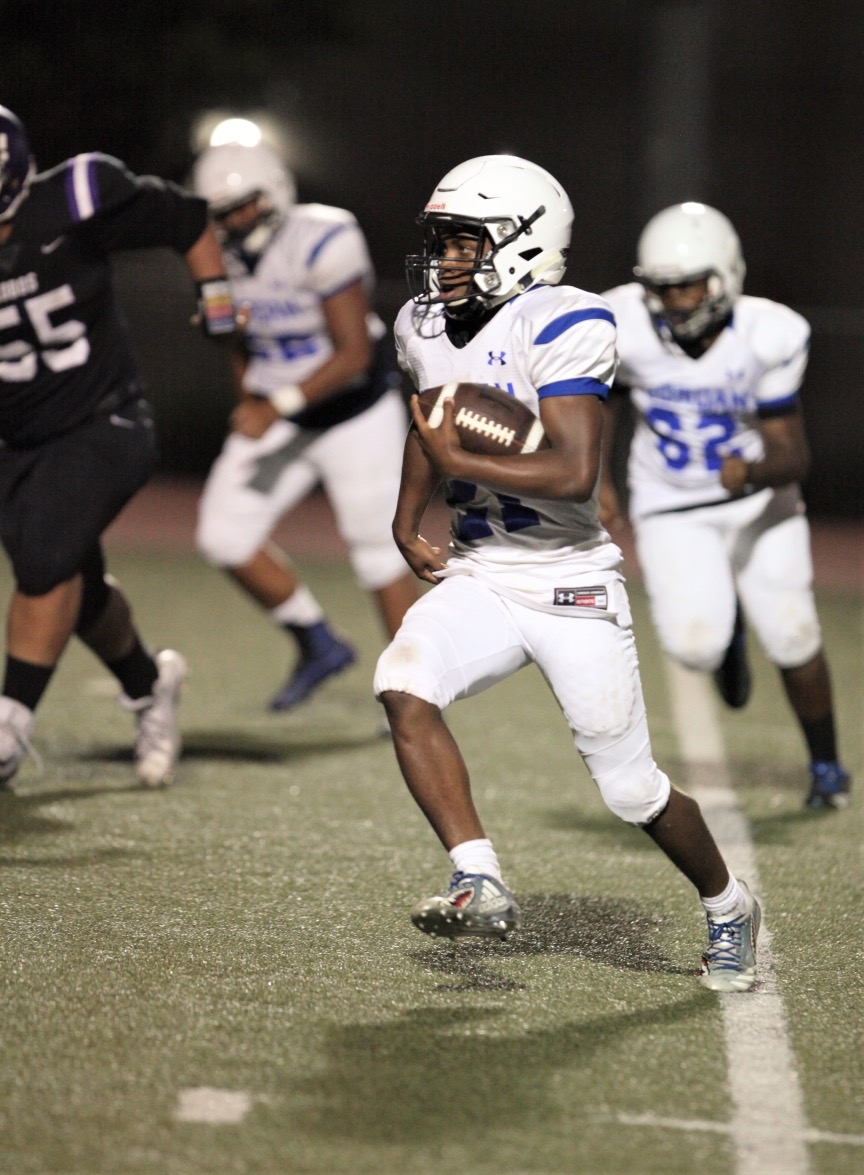 Poly High School Senior Alana Snyder never got the chance to pick out the baby-blue, backless dress she’d envisioned herself wearing at her prom.

“I grew up always watching the movies where the girls go to their prom and they get all dressed up,” Snyder said. “Poly only has a senior prom, so it’s not like I got to go to prom last year, this is going to be my one and only. It’s pretty upsetting.”

What high school seniors across Long Beach Unified School District are experiencing is an unprecedented cancellation of events due to the coronavirus pandemic.

“My heart goes out to these kids, these are such important, formative years,” said Katie Pederson, director of special event sales at House of Blues Anaheim, where Poly was to have its prom, May 23. “Their memories are going to be drastically different than a lot of other people, because they’re going to be that class that didn’t get to have their prom, didn’t get to have that memory.”

Prom, considered a right of passage shared not only by students, but their families, teachers, administrators and more that have shepherded them through the ups and downs of making it to graduation, is no easy feat to be able to attend, and it’s even more difficult to have it taken away, no matter the health and safety reasons behind the decision.

“Seniors leaving on that last day, on March 13 were asking, ‘Does this mean we don’t get prom?’” said Jordan high principal Veronica Coleman. “I said, ‘It doesn’t look good, I don’t know,’ so there were a lot of unknowns the day they left but it wasn’t too long after that, that we had to start putting out notices that there would be no prom.”

The day before Jordan’s prom would have taken place at the Old Ranch Country Club in Seal Beach on May 16, Coleman said this would be the first time she’s ever missed prom in the 12 years she’s been principal.

“I look forward to the level of excitement that the kids have, I look forward to seeing their outfits and just celebrating with them,” Coleman said. “They look so beautiful, they look so amazing and their behavior matches their dress. It’s just such a classy night for our kids. And they’re so excited about it. They come in almost trembling with excitement.” 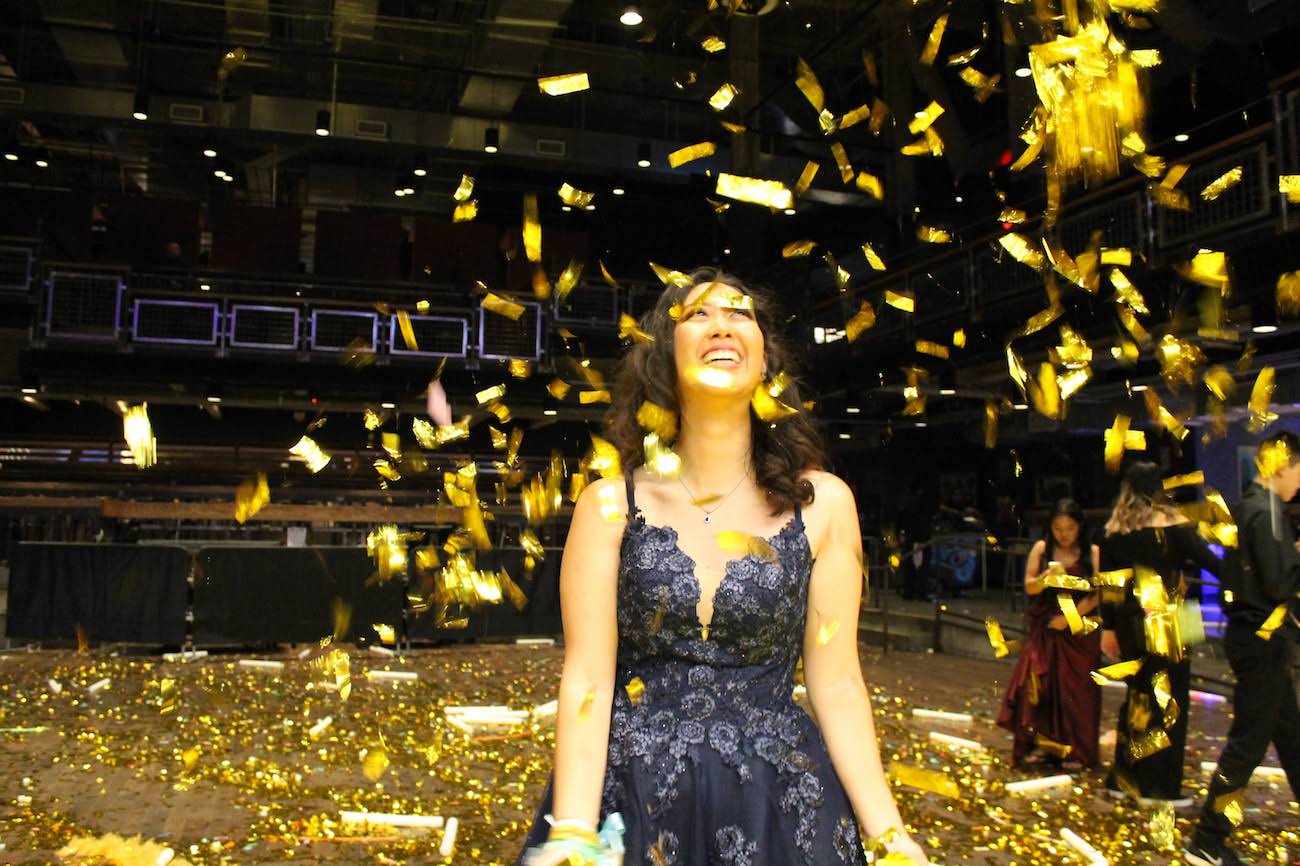 Harvey’s mother, Shalissa Collier, who said she has “over 30 kids at Jordan who call me mom,” called it her son’s “last soirée before adulthood.”

“To see all of them go through it, you know, they’re down in their feelings, it’s sad for me, it hurts me because they deserved it,” Collier said. “These kids, they really deserved this opportunity, but corona felt different.”

“I felt like their prom was perfect,” said Khiev. “At dances, there’s always a point where you feel like the dance floor is dead, but at that prom in particular at the House of Blues, I didn’t see a dull moment. There was always something for everyone to do, even if you weren’t into dancing. And the decorations made everything so beautiful. Everyone was having a good time.” 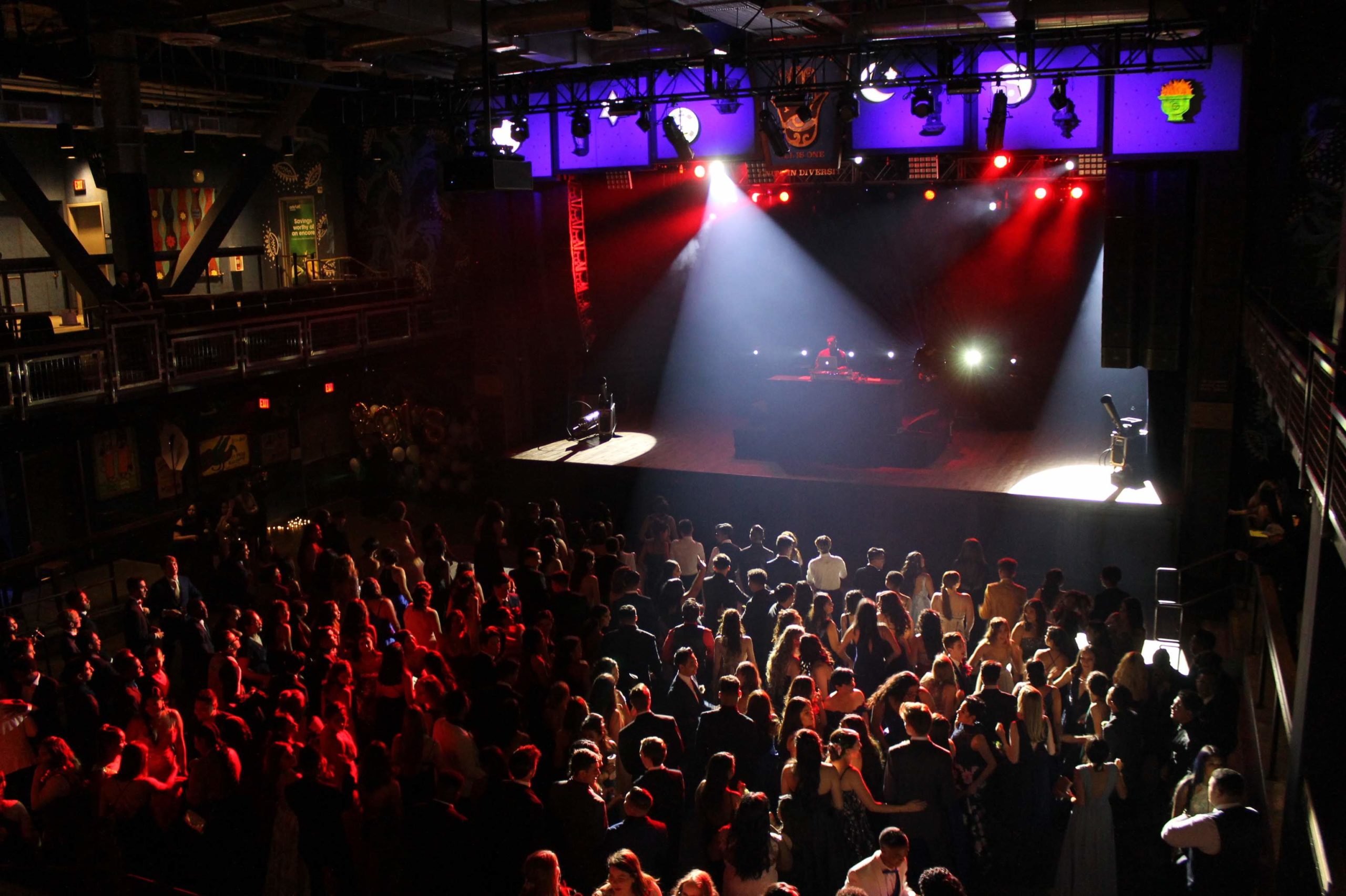 Poly High School’s prom in 2018 at the House of Blues in Anaheim. Photo by Zoe De Young, courtesy Kasandra Khiev.

House of Blues’ Katie Pederson said her venue holds about 180 private events each year, 30 to 40 of those being for high schools, whether proms, winter formals or homecomings. Though many high schools have canceled proms this year, she said, some are holding out, as late as the end of the summer, that they can still throw an event.

“They’re talking about doing it with restrictions, maybe you can’t bring a date, maybe you have to dance 6 feet apart, I don’t know what it will look like, but I’m not giving up hope that kids can have that experience,” Pederson said.

Wilson High’s prom would have been at the Santa Anita Race Track on Saturday, May 30, so the school’s activities team is salvaging the age-old tradition of crowning a king and queen this year, just not in person.

Seniors can now vote for a “Quara-King” and “Quara-Queen” to be crowned on Friday, May 29 broadcasted live from the school’s Athletics and Activities page on Instagram @woodyatlbwilson for students to watch from their phones. 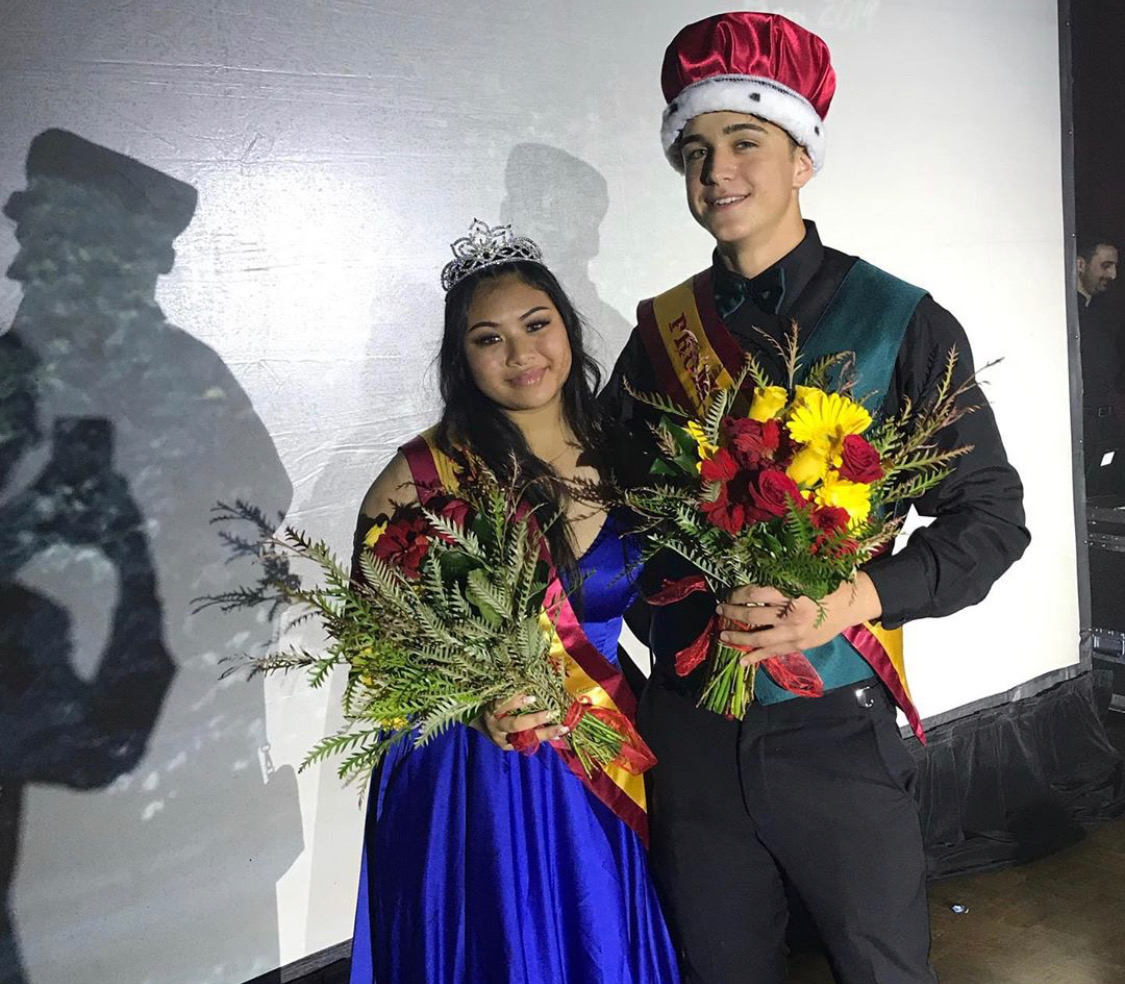 Senior class president Samiya Terry said the upcoming event is just one of the ways the school is trying to keep up students’ spirits, but even in her position of leadership, it hasn’t been easy rising to the occasion.

“I’m supposed to have a positive outlook on everything and be there for the seniors, but it’s kind of hard when you’re also dealing with the same thing that they’re going through and don’t know what’s happening,” Terry said. “But we’re trying to come up with different stuff to have a positive outcome.”

The recently crowned CIF-SS champion basketball player, who will be playing for Cal State Monterey Bay starting in the fall, said her team there is planning to throw a small graduation party for the incoming freshmen, but it won’t be the same as that “last goodbye.”

“It’s saying goodbye to all your friends, but also enjoying the moment,” Terry said. “I think that’s the biggest celebration that we could have, after graduation obviously. Prom to me would be just saying my farewells, without really having to say them.” 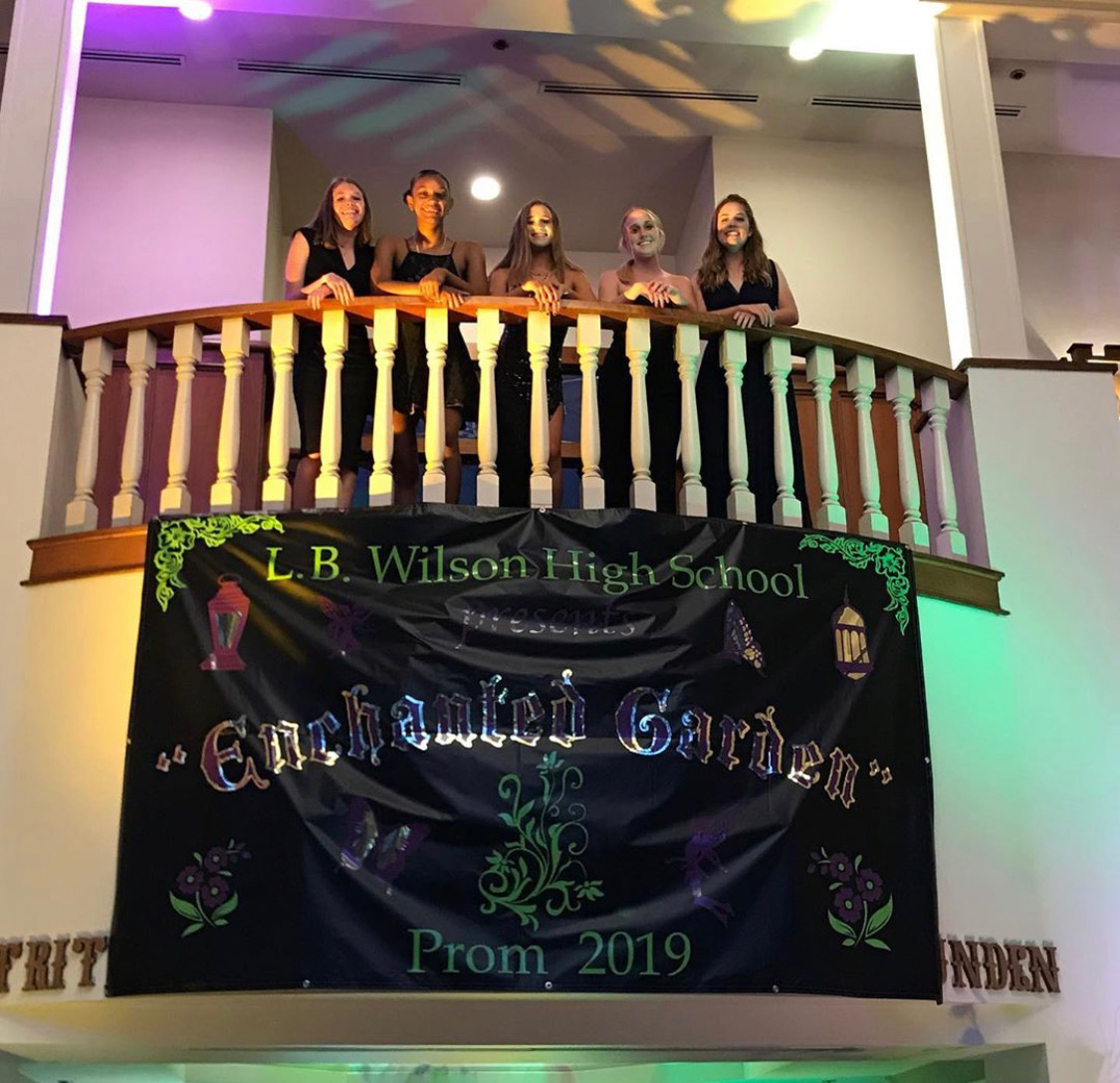 Some parents are planning to throw their own makeshift proms, maybe during the summer if it’s deemed safe to gather in larger groups. Snyder said her parents and some of her friends’ parents may plan a warehouse party for the kids, if possible.

Collier is also in the midst of discussing throwing a “mock prom.” She’s not sure what such an event will look like just yet, but she’s hopeful it’ll make the graduates feel special, give them all a chance to celebrate their hard work, even dress up a little, and relish the relationships they’ve formed throughout their high school careers.

“I just want it to work out for the babies,” she said.