'It was a magical place:' Found Theatre actors, community come together in farewell show • the Hi-lo
- ADVERTISEMENT -

The Found Theatre’s last night in show business started off the way it usually would: its cast spread out on an area of floor not taken up by seats—also known as the stage—and began their vocal exercises.

A chorus of monastic “ahs,” and “mmms” turned into rapid barking and buzzing sounds, ending in high-pitched “eees” and low-toned “awws.” For obvious reasons, this was usually done without an audience.

“Thank you that was our show, goodnight,” joked the evening’s host and director, Lauren Nave, who was in character as her Southern belle alter ego, Loretta Lovejoy.

The crowd burst into laughter and didn’t budge from their seats. The show was only beginning, though it would end three hours later with lots of hugs and a few tears. 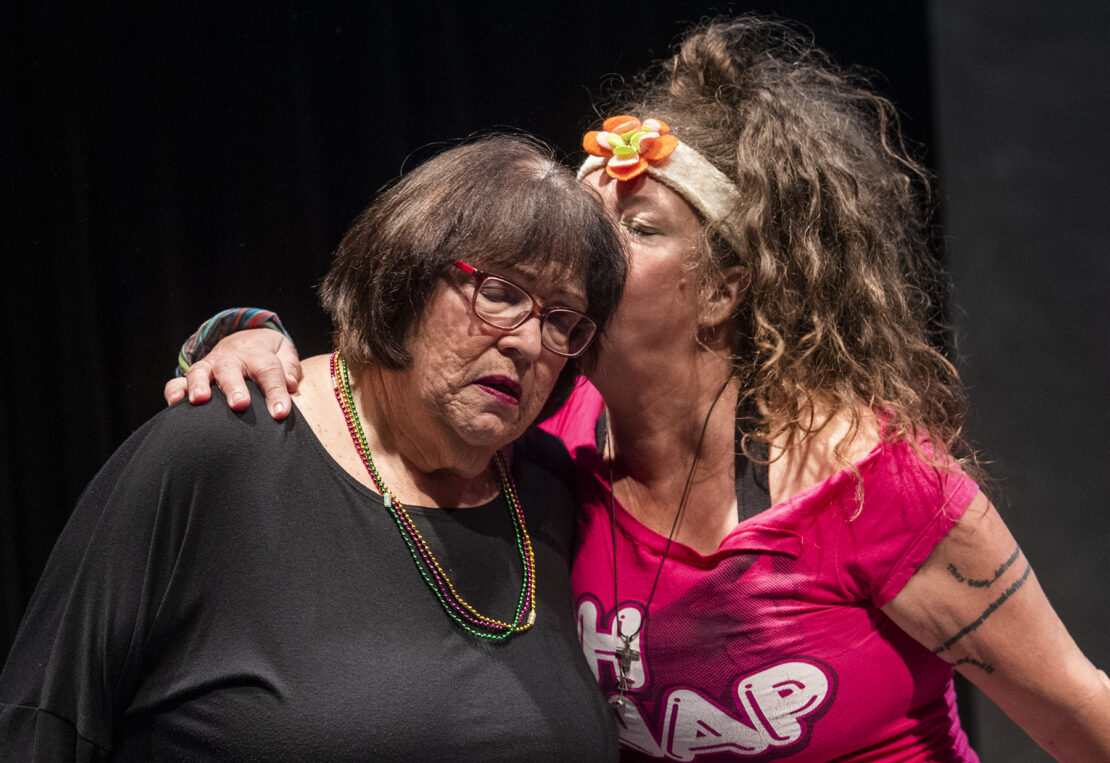 Sunday, March 13 marked the end of an era for community theater in Long Beach. It was the last show that would ever be performed in the tiny, 37-seat theater on the corner of Long Beach Boulevard and Sixth Street. The Found Theatre is one of the many casualties of forthcoming demolition plans at the sprawling City Place complex, which houses the theater among many other businesses in the 14-acre shopping center.

Though the Found Theatre troupe put on shows in spaces and venues across Long Beach, the location at the complex, which launched in 2005, would become the Found’s longest-running venue and a space that felt most like home for the 48-year-old company.

“As you know, this shopping center is being redeveloped and this building is being dropped to the ground, like the Tower of Babel,” Nave said, prompting a cry of “boos” from the audience.

“But as you know,” Nave continued, “the Found is more than a place.” 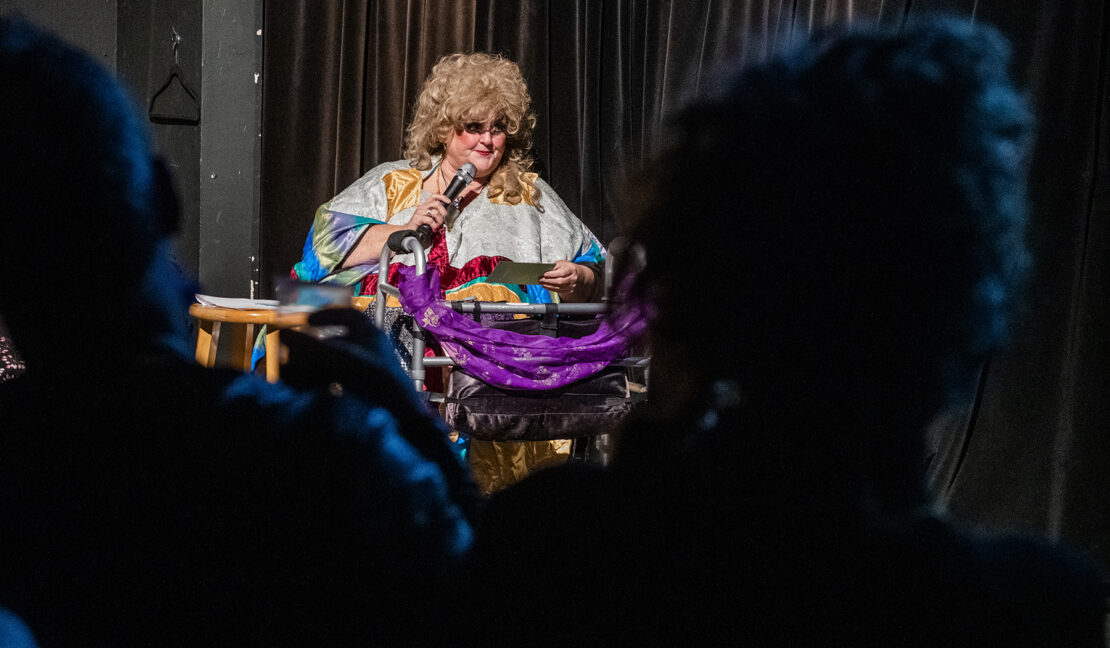 As a last hurrah and sentimental goodbye to the community theater, long-time Found actors joined hands once again to present the “Found Farewell,” a three-hour performance that featured scenes and skits from some of the theater’s most beloved plays and musicals.

The sold-out show proved nostalgic for its audience, who often gasped, chortled and audibly remarked when cast members re-enacted their favorites—many of which hadn’t been performed live in decades.

“Found Farwell” demonstrated in one delightfully orchestrated package, the particular brand of magic that made the Found Theatre’s plays, most of which were original, so distinct. The plays, which were often satirical and designed to provoke thought about social issues at the time, were always delivered with wacky, slapstick and over-the-top comedy. Even the plays with more serious undertones, such as “One Tit Wonder,” about theater founder Cynthia Galles struggles with breast cancer, were fortified with the absurd—just picture cast members donning shirts sewn with giant, squishy makeshift breasts.

But some of the Found’s most iconic plays came from off-the-cuff ideas. From horror stories told by flight attendants close to the troupe, the Found created “Beyond the Valley of the Flight Attendants,” a play so popular it helped pull the theater through a financial rough patch and inspired several other offshoots including “Flight Attendants in Outer Space” and “Retired Flight Attendants.” 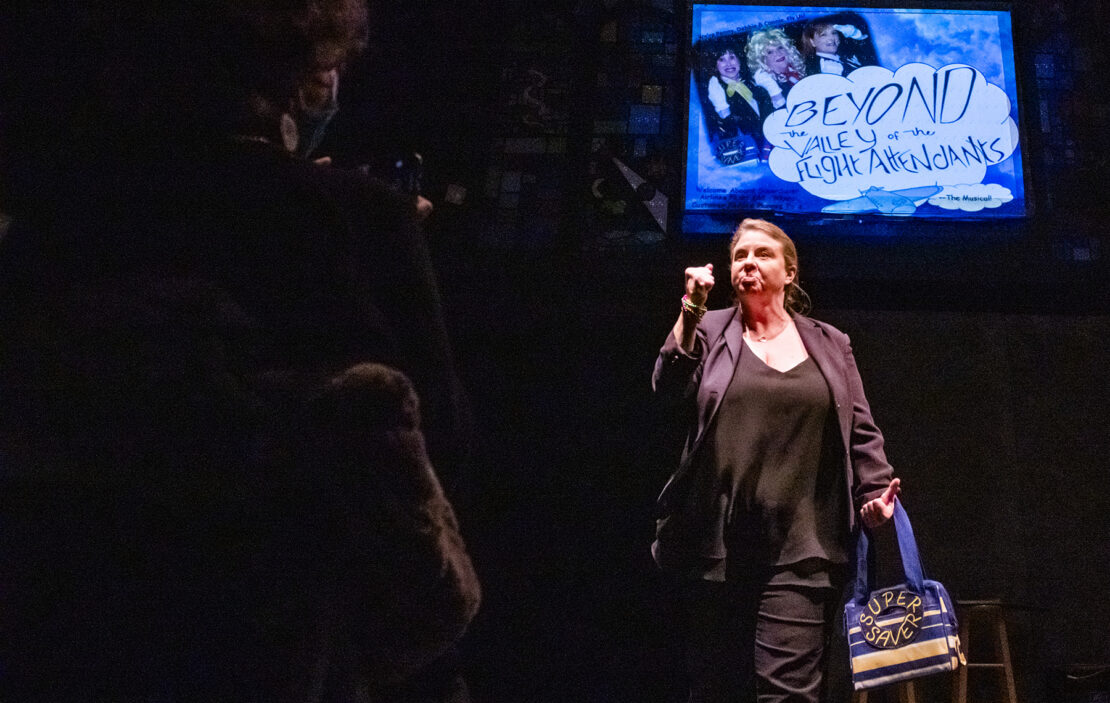 Cast member Terra Taylor Knudson sang a song from “Beyond the Valleys of the Flight Attendants” as a flight attendant who’s on the edge of insanity during the the Found Theatre’s “Found Farwell” party in Long Beach Sunday, March 13, 2022. Photo by Thomas R. Cordova.

Between skits were videos of past performances and interview clips from Galles, the theater’s founder and passionate leader, who spoke of her trials and triumphs with the theater in a documentary by Michael Dale Brown. Galles died from breast cancer in November 2005, only months after the Found Theatre was built at City Complex. After her death, Virginia DeMoss stepped up as executive director.

“Virginia kept it going for us because she loved Cynthia and loved Cynthia’s ideas,” said actress Joyce Hackett, 73, who joined the Found team 46 years ago and is the oldest surviving member. “It was a real magical place…you could play parts that you never dreamed you could play.”

“Found Farwell” was also a spectacle of gratitude. Maha Afra, owner of local multi-cultural dance troupe Maha and Company sang praises of DeMoss, who allowed her company to dance and host events at the theater. 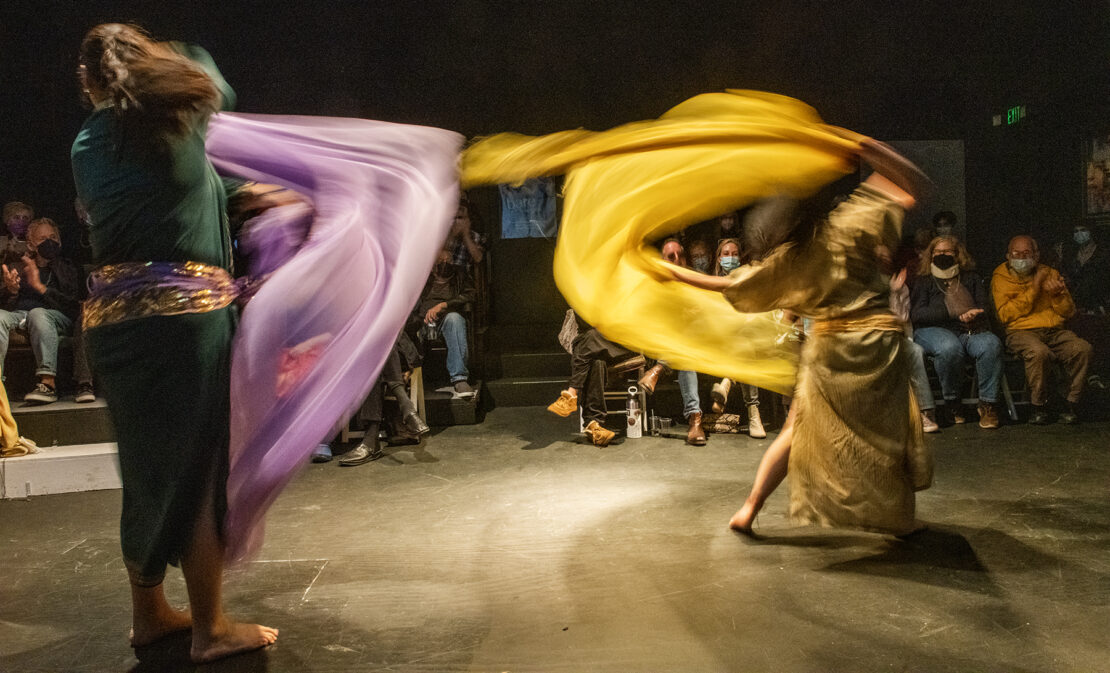 Cast members Jasmin Medina left, and Maha Afra of Maha & Company perform a dance routine to a sold-out crowd at the “Found Farewell,” the last performance of the Found Theater in Long Beach Sunday, March 13, 2022. Photo by Thomas R. Cordova.

“Virginia DeMoss, she took a chance on us,” Afra said, with evident emotion before she and dancer Jasmin Medina launched into a celebratory Middle Eastern-style dance routine.

Jesse Seann Atkinson who performed several songs during the show was equally sentimental, “as soon as I walked in, I was home,” he recalled of his first time at the Found Theatre. Atkinson is the founder and artistic director of Mid-World Players, a local theater troupe that helped the Found during the pandemic in large part by putting on live-streamed shows. DeMoss had intended for the Mid World Players to carry the Found mantle until the demolition dashed their plans.

“We’re looking for a space, the Found will go on,” Atkinson said.

At the end of the show, DeMoss was honored with a standing ovation. She closed with positive words.

“We’re gonna keep going,” she said. “We will rise again.” 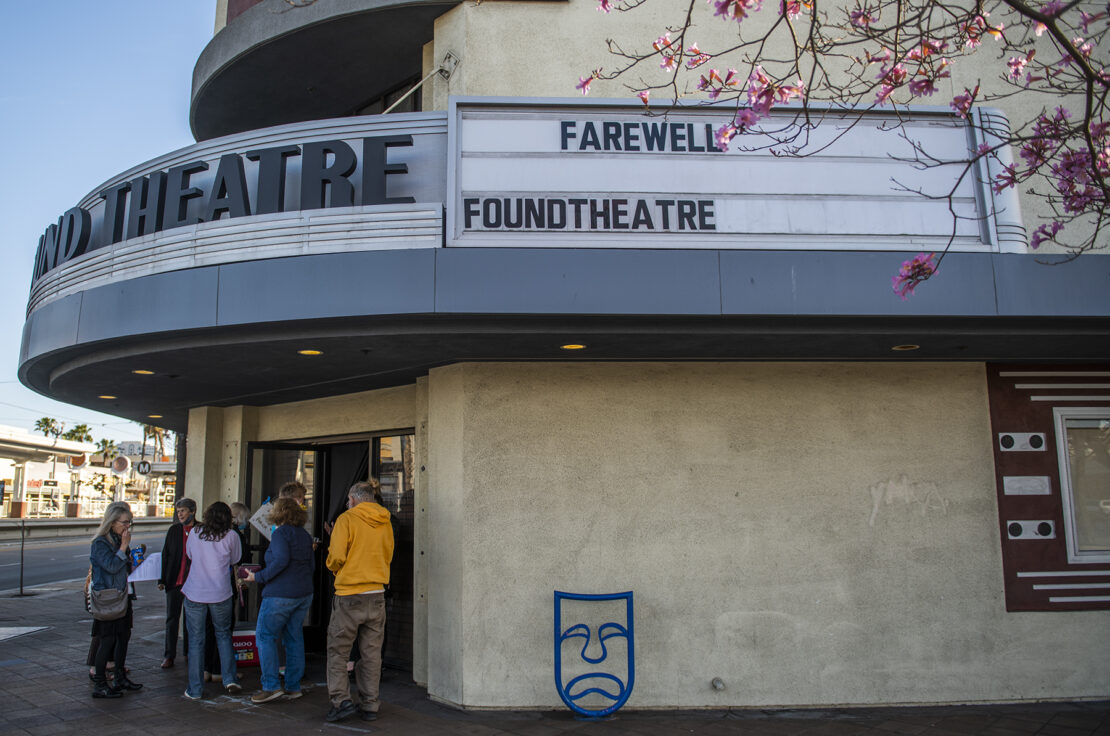 You can read more about the history of the Found Theatre and the forthcoming demolition plans for City Place by clicking here.