Planet Books staff will celebrate the store’s 22nd anniversary by boxing up 50,000 books, following a 30-day notice to vacate its long-time home by mid-November.

“We’re pretty frantic,” said co-owner James Rappaport, adding that he and his business partner, Michael Munns, are looking for a new space in Long Beach but have thus far had no luck.

“There were a couple of places that would have worked but we missed them by days,” Rappaport said. “If we’d have been told a week or two before, we could have made a good decision quickly.”

The pair were walking together years ago when Munns expressed a desire to have a large library, Rappaport said. The conversation ended with them settling on opening a bookstore. They opened up shop on Nov. 12, 1998, with no knowledge of how to operate a bookstore.

Today, with tens of thousands of used titles, Planet Books has something for everyone. Still, Rappaport and Munns have been known to come across high-end, rare books over the years. Rappaport recalled one book that was signed by 22 of the Founding Fathers who signed the Declaration of Independence. Other notable inventory includes first editions signed by the likes of George Orwell, Charles Bukowski, Kurt Vonnegut, Richard Brautigan, Albert Einstein and Paramahansa Yogananda.

“I love coming to work every day,” Rappaport said. “Something amazing always comes through the door, whether it’s a book or a person.” 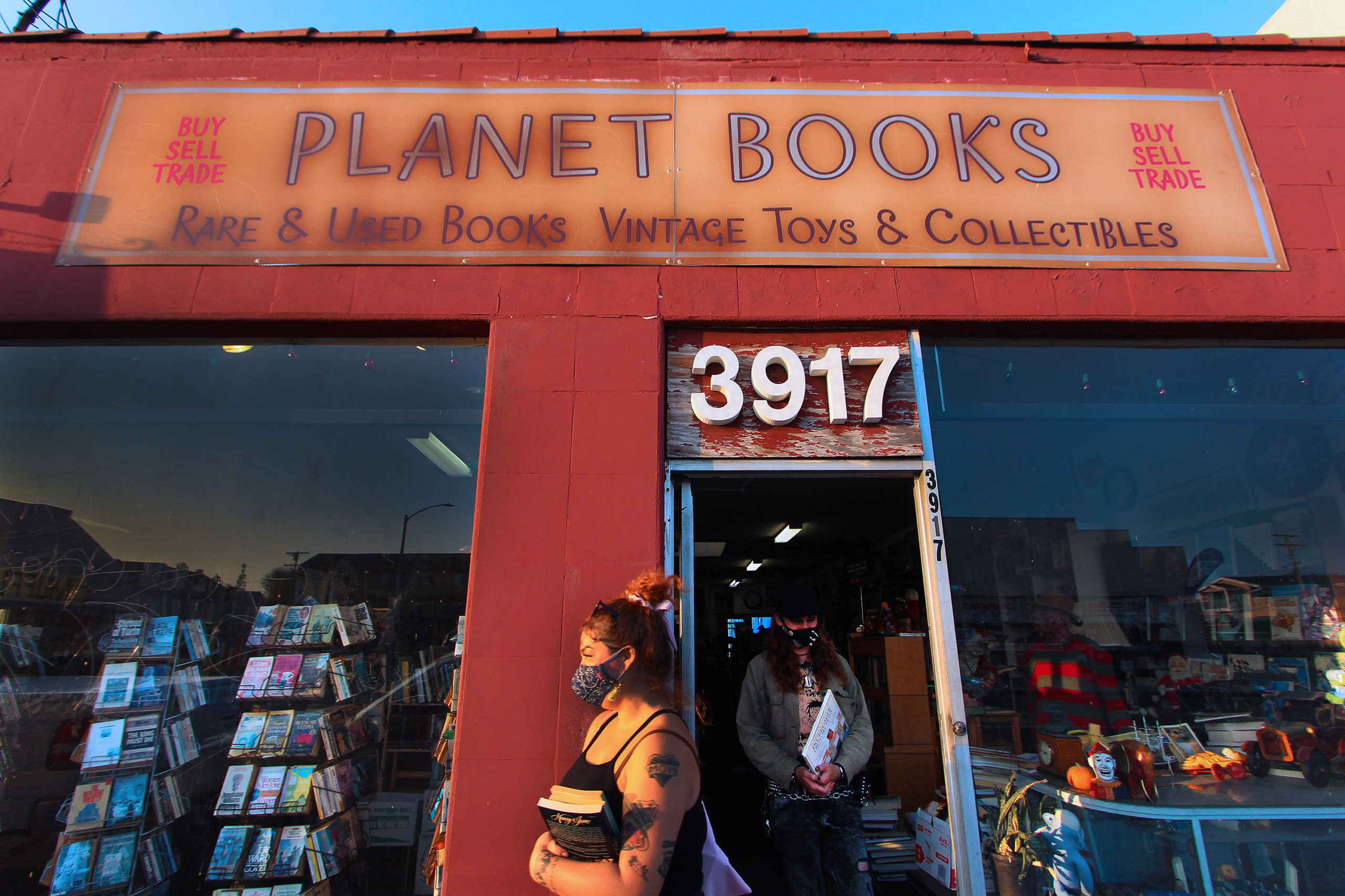 The store used to host events such as book signings and other appearances. Rappaport recounted an appearance by Linda Blair, who played the demon-possessed child Regan in “The Exorcist.”

“I’ve got some signed cans of split pea soup in the back,” Rappaport said, alluding to the iconic scene in which Blair’s character vomits on a priest as he attempts an exorcism. Andersen’s split pea soup was used to replicate vomit during the filming of the scene.

Over the years, Planet Books has overcome a myriad of hurdles, Rappaport said: the Great Recession, extensive street work that kept sales at $0 for days at a time and, most recently, COVID-19.

After being forced to shutter for about 10 weeks, Rappaport said the store had bounced back strongly upon reopening. The recent addition of comic book store Pulp Fiction directly next door was a nice boost for Planet Book business. So it looked like clear skies and smooth sailing for the bookstore, that is until their landlord served them their 30-day notice.

When the bookstore owners first learned the building was being sold, they fully expected their rent to go up, maybe even double, Rappaport said. But that would have been OK, he added. “We’ve been here for a long time and had a great deal,” he said.

But the partners never expected they would be forced out. However, the new property owner plans to occupy the building themselves.

“It’s a real drag. I don’t want to leave Long Beach,” Rappaport said. “But if we can’t find something in a decent neighborhood at a good price, I don’t know.”