For all the history and genius that has made classical music one of the most enduring forms of music in Western culture, the popularity of the genre today falls into a niche. But a group founded in Long Beach aims to bring more fans into the fold by way of music from the Baroque period.

“People identify classical music as music for old people,” said Raymond Jacobs, founder and executive director of Kontrapunktus, a chamber ensemble devoted to performing repertoire from composers of the Baroque period. “And we’re trying to break that perception to appeal to younger people.”

Kontrapunktus consists of nine talented musicians, all under 25 years old, with players hailing from Juilliard, Yale and the Colburn School Conservatory of Music in Los Angeles. By bringing together such young and accomplished musicians, Jacobs believes it is possible to attract and energize younger audiences to appreciate classical music.

This weekend, Kontrapunktus will kick off its newest season of the year with five select performances in the Los Angeles and Orange county areas, with a show in Long Beach to follow next week on Friday, Jan. 13, at Grace First Presbyterian Church. This year’s show, titled, “Bach & Handel: Soli Deo gloria,” will highlight some of the lesser-known works of Johann Sebastian Bach and George Frideric Handel, two of the most famous and prolific German composers of Baroque classical music in the 18th century.

“We want to go into the treasure trove of some of the Baroque masters and bring out stuff that people probably haven’t heard before,” Jacobs said. “They’ll be surprised just how rich (the music) is.”

Popularized in Europe between 1600-1750, Baroque music is primarily characterized by ornate melodies and elaborate harmonies. The style later earned its name thanks to the Portuguese word “barroco,” which translates to, “oddly shaped pearl,” by 19th-century critics who found the sound overly ornamental. But composers’ experimentation with harmony gave musicians greater allowances to improvise or solo, creating a more vibrant and unique listening experience that has captivated audiences for hundreds of years.

For Jacobs, his love of Baroque music—and particularly the works of Bach—began at 12 years old and carried well into his adult life. A little over a decade ago, the Long Beach native had an idea to embark on a music project for an epic poem he had written. Wanting to create an audiobook of the poem with Baroque music in the background, Jacobs sought out a composer. As they worked together, it was suggested to Jacobs that he try to bring this project to stage.

“And I thought, ‘Better yet, why don’t I try to form a group to perform this sort of music?’,” Jacobs recalled. “And that’s how Kontrapunktus was born.”

He named the group after the German spelling of the Latin word “contrupunctus,” which translates to, “counterpoint.”

“And I was inspired to name it that because a lot of Bach’s musical exercises towards the end of his life were known as counterpoint exercises,” Jacobs said.

The first iteration of Kontrapunktus began in 2017, with its Long Beach debut in June at St. Cornelius Catholic Church. Since then, the group has undergone creative and membership changes but now, Jacobs said, Kontrapunktus is the strongest it’s ever been.

“We’ve really hit our stride as a group, and we feel that our ceiling is still yet to come,” he said. 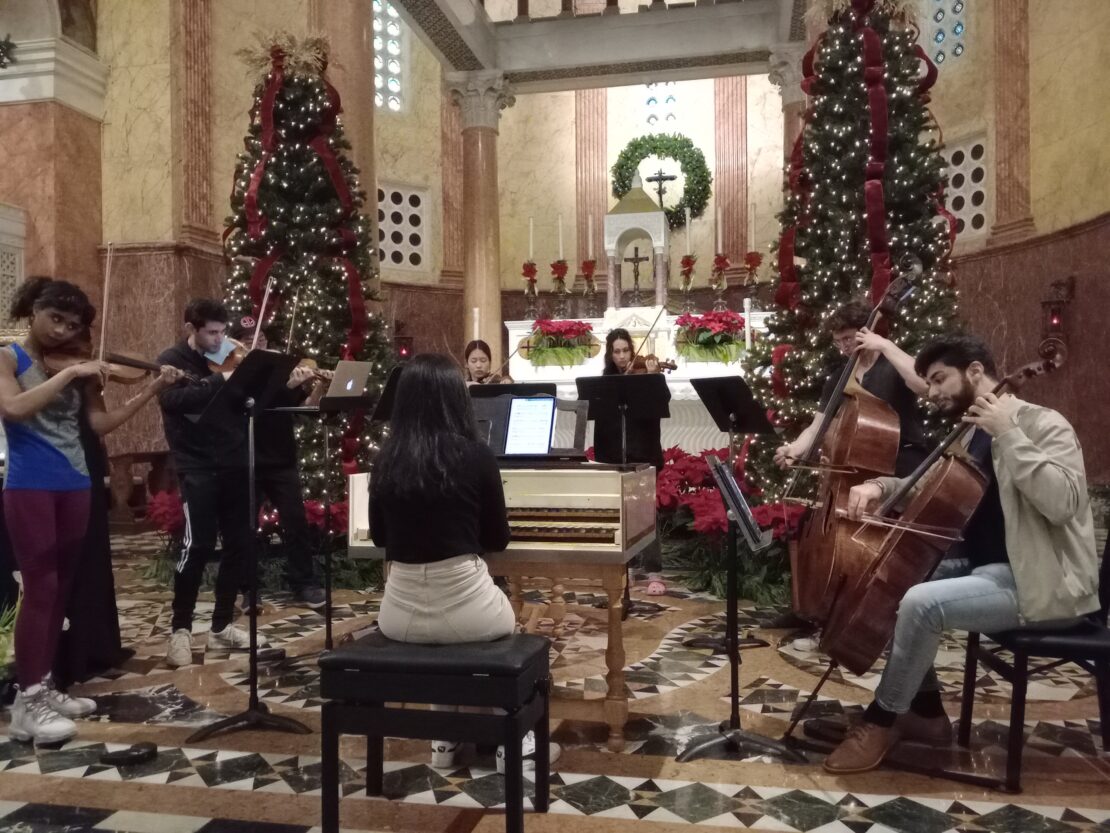 The current nine-player ensemble, which began playing together in May 2021, is helmed by concertmaster and virtuoso violinist Hannah White, from Wisconsin, who currently attends the Colburn School Conservatory of Music in Los Angeles and is the Sphinx Competition First Place Laureate. She shares artistic direction with cellist Osheen Manukyan, from Glendale, who attends the Juilliard School of Music in New York.

First violin seat is filled by Cameron Alan-Lee, who attends the New England Conservatory of Music in Boston. Juilliard grad David Chang is the second principal violinist and Haesol Lee, also a grad from Juilliard, serves as the second violin.

Completing the group is violin soloist Aubree Oliverson, a student at the Colburn School, but also the star pupil, Jacobs said, of renowned violin educator Robert Lipsett (White is also a student of Lipsett).

“When she comes out on stage, she takes charge. And by the end, she has people just wanting more,” Jacobs said of Oliverson. “She commands not only their attention but their ovation at the end of her performances.” 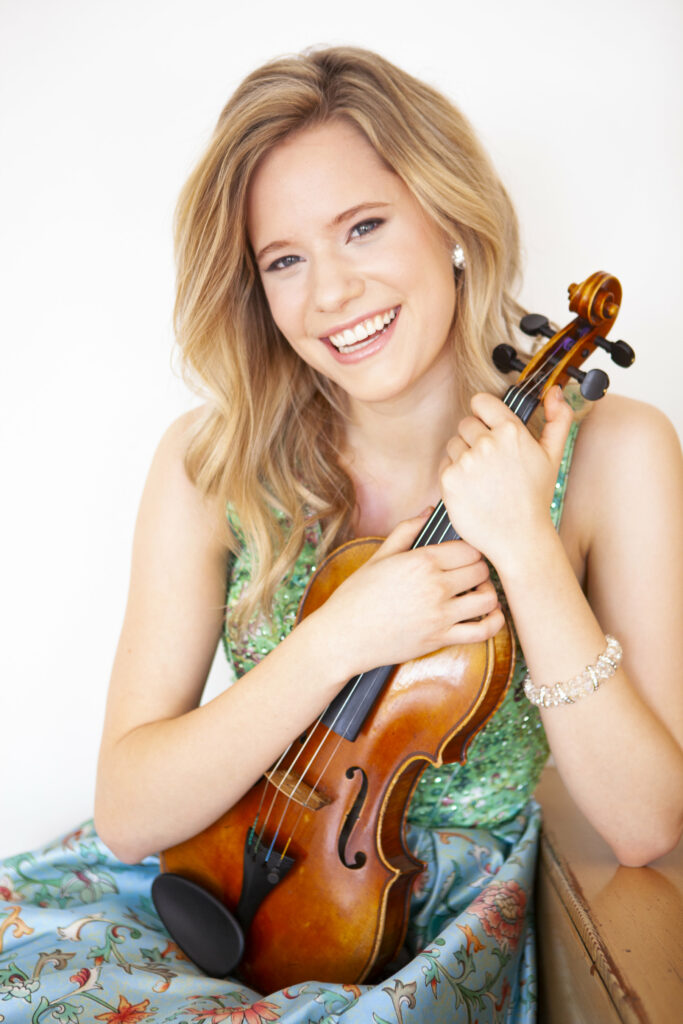 Jacobs predicts audiences will be particularly captivated by her performance of Bach’s “Violin Concerto No. 1 in A Minor, BWV 1041,” a concerto considered to be one of the cornerstones of the violin repertoire.

The future of Kontrapunktus has never seemed brighter, but Jacobs has high hopes for the group’s reach and growth. Jacobs hopes to add several more players to the group in the future, particularly by way of a woodwinds section. Jacobs said they are also working to make their concerts more accessible by offering free concerts, two of which are happening in May. Plans for free concerts in underserved cities such as Compton, Hawthorne and Lawndale are also in the works, Jacobs said.

In Long Beach, Kontrapunktus will be performing at Grace First Presbyterian Church on Friday, Jan. 13, at 7:30 p.m. General admission tickets are $24.95; tickets for students, seniors and veterans cost $19.95. Click here for more information and to purchase tickets. You can follow Kontrapunktus’s season and scheduled performances by visiting their website here.