On the one-year anniversary of the opening of the Billie Jean King Main Library, the Long Beach Public Library Foundation announced that its New Main Campaign raised $3.3 million for technology, programs and enhancements for what is the hub of the city’s public library system.

The most successful fundraising campaign in the foundation’s history, according to president Sharon Weissman, the campaign went public with the goal of raising $3 million on Jan. 15, 2019 and exceeded expectations.

“Thanks to the hundreds of champions of literacy and education who donated to the New Main Campaign,” said Campaign Co-chair Billie Jean King in a statement. “It’s an honor to see what a difference the library is making in Long Beach and I hope it continues to improve and enrich the lives of those in our community for years to come.” 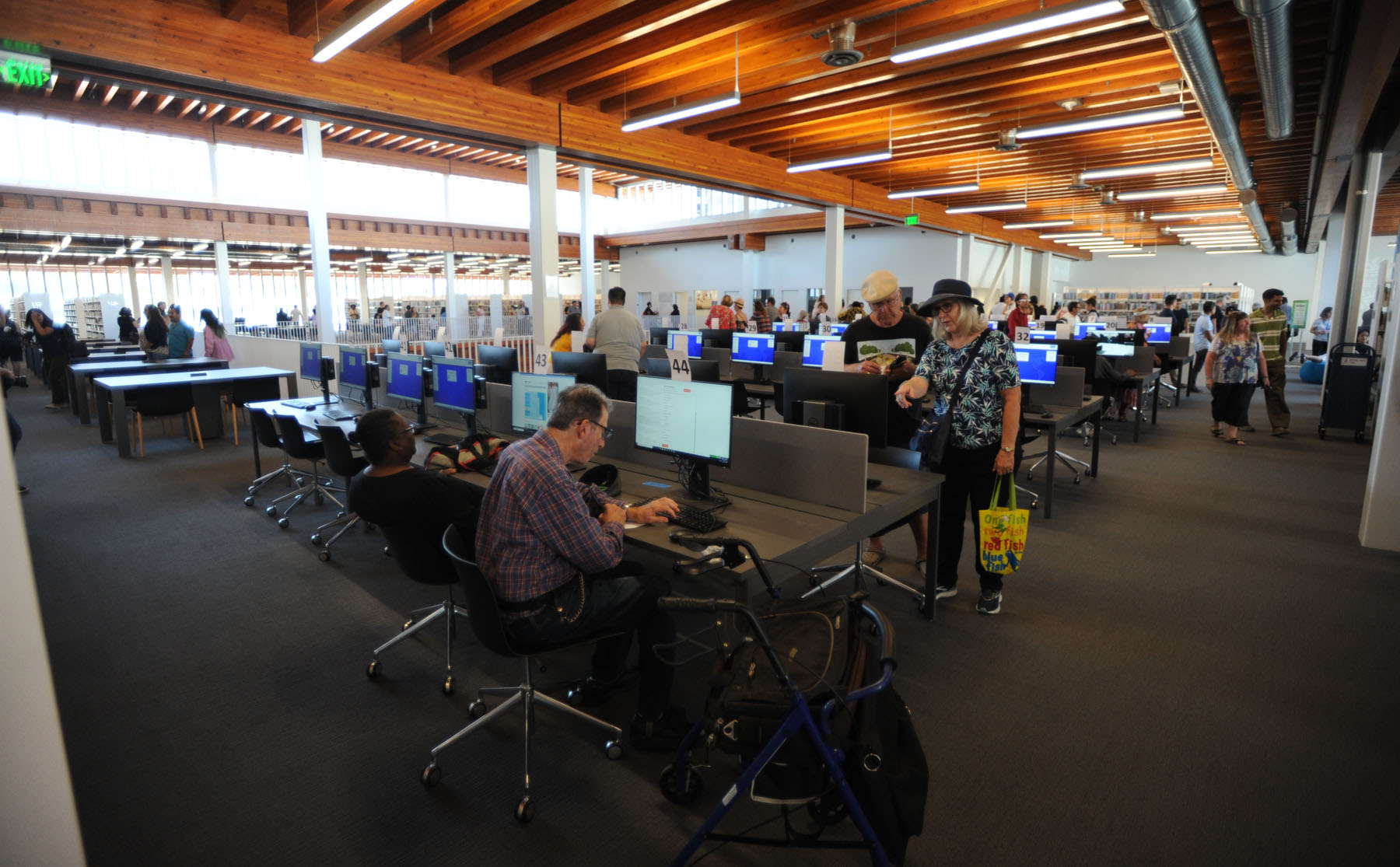 What made this campaign unique from the foundation’s other campaigns—nearly $1 million was raised for the Mark Twain Neighborhood Library in 2007, more than $1 million for the Michelle Obama Neighborhood Library in 2016, both in their inaugural years—had a lot to do with the fact that the city was already building the library, said the foundation’s executive director Kate Azar. The majority of funds from capital campaigns often end up going toward the actual construction of a project, Azar said, but with the main library, there was an opportunity to raise funds for what makes a library so useful to the local community, not just its structural presence.

“When people donate to our campaign, your money goes to things like computers, children’s books, the really tangible things that make a library more than just a building with books in it,” Azar said. “A lot of what we purchased are 3D printers and furniture that makes the children’s library come alive and make children want to be there. So that’s one factor.”

Enhancements include tools for people with disabilities in the Center for Adaptive Technology, laser projectors and cutters in addition to more innovate technology added to the makerspace studio, as well as self-check kiosks, and a Tech Logic automated materials handling system for the more efficient checkout and drop off of library materials, according to the announcement.

There’s even a mural that was restored thanks to foundation funds— entitled “Scenes From English Literature,” it was painted by artist Suzanne Miller in 1937 as part of the Work Project Administration Federal Art Project.

Another unique element was that opposed to traditional campaigns, the foundation accepted donations of all sizes, allowing everyone from organizations able to donate hundreds of thousands of dollars to parents donating $25 in the name of their children, to get involved.

“Allowing everyone from all walks of life to be involved made it so this campaign is made up of 500 community members, book clubs that got together to fundraise, as well as those bigger organizations like Rotary or some estates,” Azar said.

And then, of course, there was the naming of the library after Long Beach tennis legend Billie Jean King, who not only contributed to the fundraiser herself but also reached out to the Dodgers—of which she is a part-owner—as well as other organizations that she’s involved with.

“That added a little bit of sparkle and star power that we don’t often get in Long Beach,” Azar said.

A significant portion will also be placed in an endowment fund, of which the earnings will be used to keep programs available to the public in perpetuity, not only covering start-up costs, but allowing the library to continue, for example, paying for its Learning Guides, who offer free one-on-one tutoring, or purchasing additional materials for its art and STEM projects, Azar said.

“I think this truly represents what Long Beach is, it’s a very diverse city on many levels, economically, among other things,” Azar said. “And you see people come together, rallying around libraries, because they stand for something, they stand for education and literacy, and equitable access to those resources. They’re also something of a democratic institution.”

Azar, who lived in the city off and on with her father in North Long Beach, said she grew up going to the library during the day while he was at work.

“I would spend a lot of summers in Long Beach and was a kid who sat at home while my father was at work, so walking to the old North library, it was a presence that opened up a world when I didn’t have much to do, reading really opened up an array of possibilities for me.”

Later in life, Azar was recruited to work for the foundation and said she has since had two young sons. Even at the young age of four and two, they’re able to benefit from all the LBPL has to offer.

“They have participated in Dive Into Reading, and just having all these resources for them, to instill a love of reading has been really important to me and to my children,” Azar said. “When the main library benefits, all the branches benefit.”

Although the Main Library is closed to the public due to the pandemic, patrons can pick up materials checked out online or by phone, or sign up for a library card, Tuesday through Saturday, 10 a.m. to 3 p.m. Online resources are available at longbeach.gov/library.