Each dated entry from April to August begins “Dear Journal” and ends with “Sincerely, Allison.”

Between is a chronicle of exclamation points (“I got new birds!”), tedious summaries of movies and books and lamentations over the loss of Starbucks Frappuccinos and the company of classmates (even though they are “pretty annoying sometimes”).

Appropriately, the entries begin with a very mournful period: “Life has gotten pretty out of control. There has been this new pandemic that is affecting a lot of people around the world.”

“Allison”—a pen name—is one of nine Long Beach high schoolers who took part in an effort by the Long Beach Public Library to document one of the strangest years in recent memory, beginning in early April, when the world had shut down to prevent the spread of COVID-19.

The teens wrote (or drew and animated) up to two entries per week for five months, chronicling the panic, confusion, boredom, anger, annoyance and even a bit of fleeting joy that has been shared by just about everyone as routines were upended and uncertainty reigned.

The project, “Life in the Time of COVID: The Long Beach Teen Journals,” will be preserved in the library’s digital archives as part of the city’s official historical record of this year.

Participants were recruited from the teen advisory groups at the Main Library and the Michelle Obama Library in North Long Beach. Many of them were new high school graduates, coping with the typical stress of college applications and those big questions that consume young adults, like what do I want to do for the rest of my life?

There are hefty doses of resentment at being cheated out of the rites of passage for young adults, like graduation and quinceaneras. Boredom is pervasive: “My days consist of mindlessly scrolling on my phone and sleeping in until the afternoon,” writes “Hope” on June 18.

Some did most of their talking through drawings instead of words: 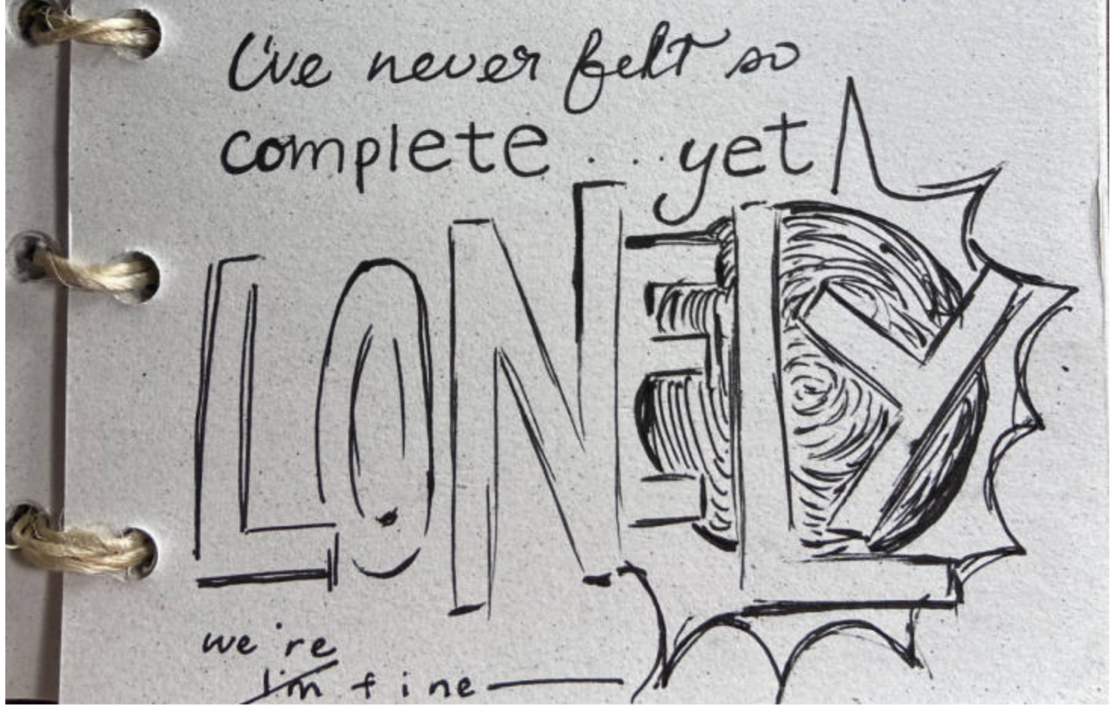 Drawing by “Aricz” as part of the Long Beach Public Library’s teen journaling project, on April 15, 2020.

The subtext of some of the entries is at times the most powerful, as one teen casually complained that her parents are home more often, adding “Mom isn’t working anymore and Dad is working less.”

At a loss with so much time on their hands—”Today marks 105 days since I last saw my friends,” one wrote—several of the teens took up everything from the ukulele to baking.

In late April, an entry by “Kiwi” contained nothing more than a recipe for something called “Crock-Pot Reese’s Cake.”

Others thought they should use this time to educate themselves and spread awareness of the Yemen crisis, Black Lives Matter and the disappearance of indigenous women.

And they lamented problems closer to home: “Everyone is going to have a bad haircut by the end of this (Dad is doing the haircuts).”

The teens, like many others, also found joy in a mundane drive, the taste of a strawberry, a library book, and a couple of new pet doves named Snow White and Prince.

“There is always a rainbow at the end of every rain storm,” wrote Allison on April 11. “It’s up to you to look for it.”

Sanchez and his colleagues may keep the project going even after the pandemic ends. The goal, he said, is for teens to feel like their stories matter and their voices are being heard.

To read the entries of participants in the Teen Journal Project, click here.

Editor’s note: This story has been updated to correct that the teen services librarian’s name is Joshua Sanchez.