Keeping a secret can be hard, especially a good one, and for about three years Mea Lath has been holding in a really good secret.

In 2018, Lath, managing director of Long Beach’s Khmer Arts Academy, was contacted by Scott Sakamoto, production supervisor at Walt Disney Animation Studios. Sakamoto said the studio was working on an Asian-inspired project and invited Lath to bring herself and other members of the academy to their Burbank headquarters to share the history, stories, myths and movements that inform their Cambodian culture.

The Asian-inspired project would become “Raya and the Last Dragon,” which premiered a few weeks ago and has been met with enthusiastic reviews and ticket sales.

Lath has seen the film, “loved it” and said she has her “speculations” about what scenes were inspired by her group’s visit. She remembers how genuinely interested Disney officials were in what she and colleagues Dawnsavann Phom and Khannia Ok had to tell and show them. As they presented a talk about the myths passed down by their teachers and demonstrated dance movements, all the while discussing the meanings and themes present in all of it, Lath remembers being gratified to see that their hosts were “really engaged. They asked really good questions, we had a really cool conversation. It was amazing.”

Lath and her colleagues, who were paid as consultants, with all money going toward the academy, were thanked and asked to keep the meeting to themselves since the project was years away from completion. Given the subject matter and who they were dealing with, Lath said it wasn’t easy. And it got a whole lot more difficult to hold it in when Sakamoto emailed her some drawings inspired by their visit. 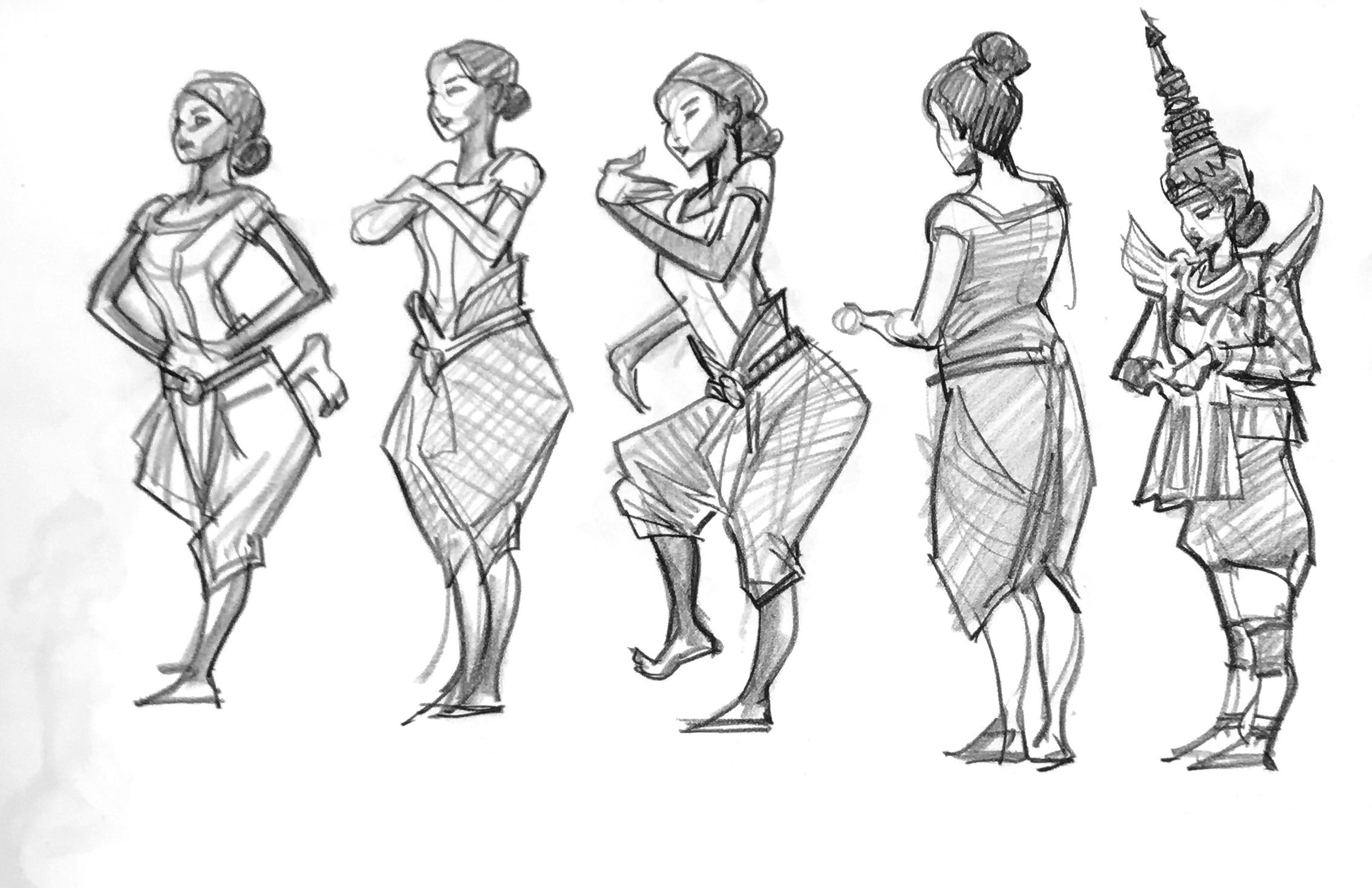 They didn’t. “Raya” is rating a score well into the 90s on Rotten Tomatoes and was the top movie at the box office the last two weekends. With more theaters opening up, “Raya” figures to continue to attract people.

Mea Lath is hoping the same will be true for the Khmer Arts Academy.

Like all immigrant groups that come to America, Cambodians struggle to maintain cultural traditions with each successive generation. While Long Beach has the largest concentration of people with Cambodian ancestry outside of Cambodia, most of them do not come to the academy and, as reflected in this 2019 profile of the academy, some of those who do come have very little knowledge of their culture. In fact, it is not unusual for academy teachers to be the first people to speak to them about it.

Some might call that alarming; Lath leans closer to terrifying.

“I feel that kids are our future, so if our kids are not interested in Cambodian culture, how are we going to keep carrying it on? It’s such a huge task,” she said in 2019. “The motivation is actually fear, the fear of losing the culture. What tends to happen is as generations go on, you lose more and more of that culture and you just become an American that looks Asian, pretty much.”

Enrollment at the academy had bottomed out at 15 in 2019, causing Lath and her colleagues “to evolve” as teachers. Part of that evolution could be seen as working with major studios to reach more kids, more quickly. Lath says she’s already seen some very positive results from “Raya” at the academy.

“I have been getting people reaching out to enroll their kids,” she said, crediting the film’s popularity in part with the uptick in enrollment. “The way we are teaching, our environment has changed because our students are different. This has to make sense to them. I have to think of new ways of teaching. It’s less about preserving and more about innovating.”