There’s a new ice cream flavor coming out of Long Beach in the form of a sweet and citrusy incentive to get more people to vote in the upcoming, Nov. 3 election. 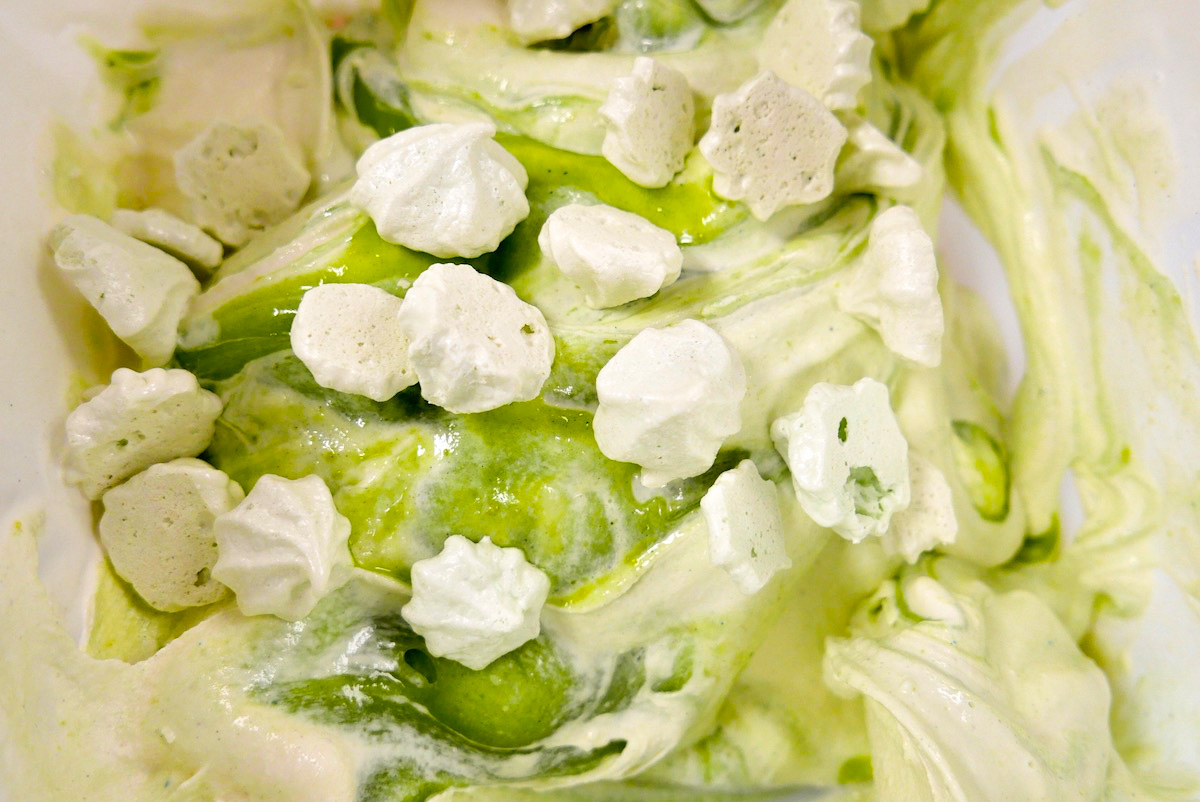 “I’m just so, so happy that we’re going to be able to do this and hopefully, we’ll get Long Beach to support it… and the voters to go and take advantage of the first 200 free scoops,” Huang said.

When Huang approached Amadril about the idea, Amadril’s first thoughts were, “that she was thinking like me.” See, Amadril had already begun the process of finding a means to honor Ginsburg’s legacy but had yet to land on a decision.

With a little more research, Amadril discovered that Ginsburg was a “famously terrible cook,” that “she burnt swordfish so often even her son couldn’t eat it anymore,” Amadril laughed, so her husband Marty became quite an accomplished chef, leaving behind a pages-long recipe for Ginsburg’s favorite dessert, the aforementioned Frozen Lime Soufflé. (Check out this NPR piece on the accomplished home chef.) 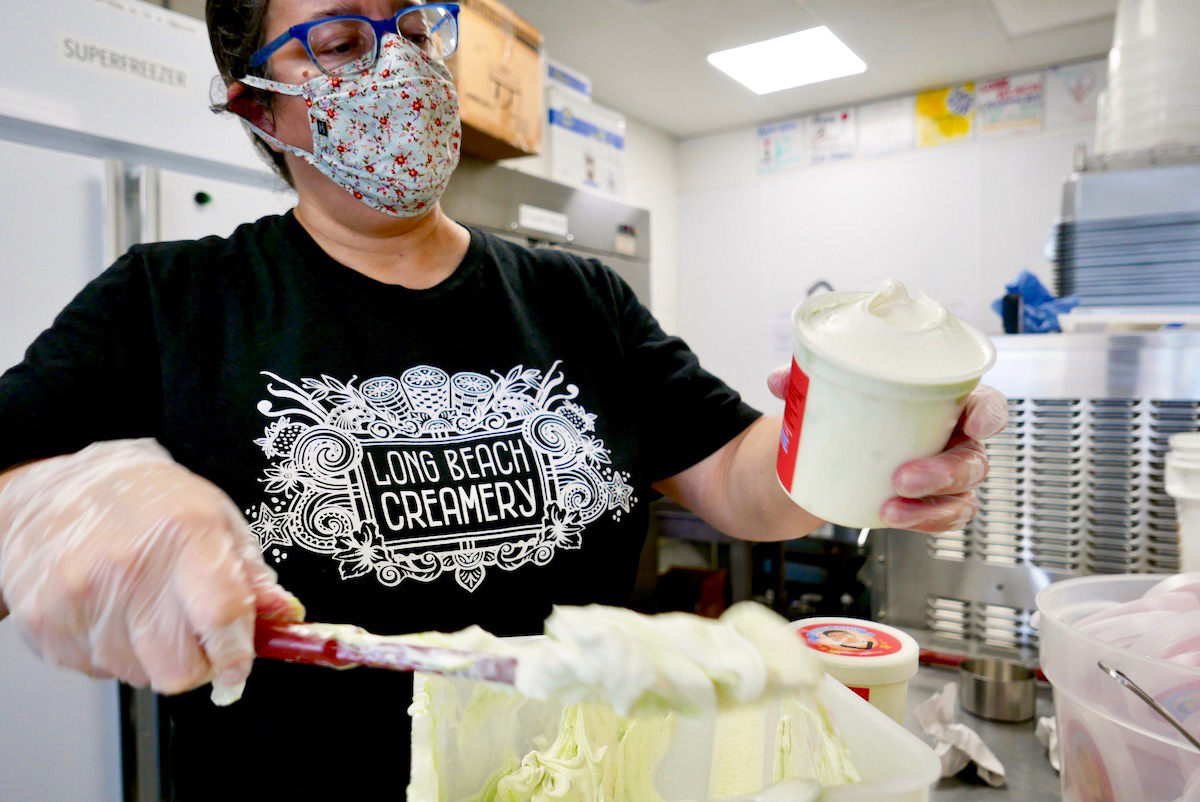 “When you’re reading through it, it’s almost like the guy’s talking to you,” said Amadril. “For me, it all came down to her and Marty’s relationship, that was something I really wanted to celebrate. If the flavor of the ice cream makes somebody say, ‘Dang I gotta go vote now,’ that would be perfect, but I don’t have any illusions about that. Hopefully, in California, we’re all gonna be voting anyway. We’re all kind of riled up.”

With the making of the flavor underwritten by Intertrend, retail sales will be donated to ACLU SoCal. It was in the late ’60s when Ginsburg started volunteering for the ACLU, and later joined as the founding director of its Women’s Rights Project. While there, she participated in more than 30 Supreme Court Cases, winning five of the six cases she argued, according to the ACLU’s memoriam to Ginsburg.

“I wouldn’t have ever been able to buy my house myself or finance a lot of things on my own,” Amadril said. “In order for me to get a mortgage, she had to pass a specific law and challenge the status quo. And there are so many things that I as a female would not be able to take on and be as independent as I am today if she wasn’t there fighting for us.”

Amadril noted that what’s been extra special about making “Honor Ruth” is that it’s a female-led project. From her and Huang as its two leading business owners to the lid illustration depicting Ginsburg that 10-year-old artist Eloise Wong drew when she was eight, and Long Beach Creamery in-house illustrator Kate Maleki’s portrait of the justice on the container, it all came together rather seamlessly.

“It feels really good that there’s a lot of female energy around it and something I feel like Ruth would be proud of,” Amadril said.