In the Studio is a monthly multimedia series that highlights local artists and makers, in their element, doing what they do best. To contact us, email Visuals Editor Thomas R. Cordova at [email protected].

Gunther Estrada is a Long Beach-based artist and owner of GRBG Made, a handmade leather goods company.

From a second-floor studio in Zaferia District, Estrada will stay holed up inside his 150 square-foot studio from morning until dusk cutting, gluing, sewing and designing his leather-made wares—a variety of wallets, credit cardholders, lighter sleeves, toiletries bags and keychains.

Using materials he sourced from Los Angeles, or donations he received from friends, Estrada works meticulously.

“I’m a perfectionist about the stitching,” the 46-year-old said. “If it’s perfect, it gives me this great gratification, the sense of accomplishment I used to get when I used to skate when I was young.”

Estrada grew up in Lima, Peru before coming to the U.S. in 1997 as an exchange student with the hopes of becoming a professional skateboarder, a dream Estrada said he and his brother idolized when they were 14.

Though his dream didn’t pan out, Estrada wanted to stay close to the industry in any way he could. He worked odd jobs in Idaho and California until he landed a job with skateboarding brand DC Shoes and worked his way up from sales, to production, then to marketing.

“I started traveling with professional skaters, so it was like, kind of the dream came through in a different way,” he said. 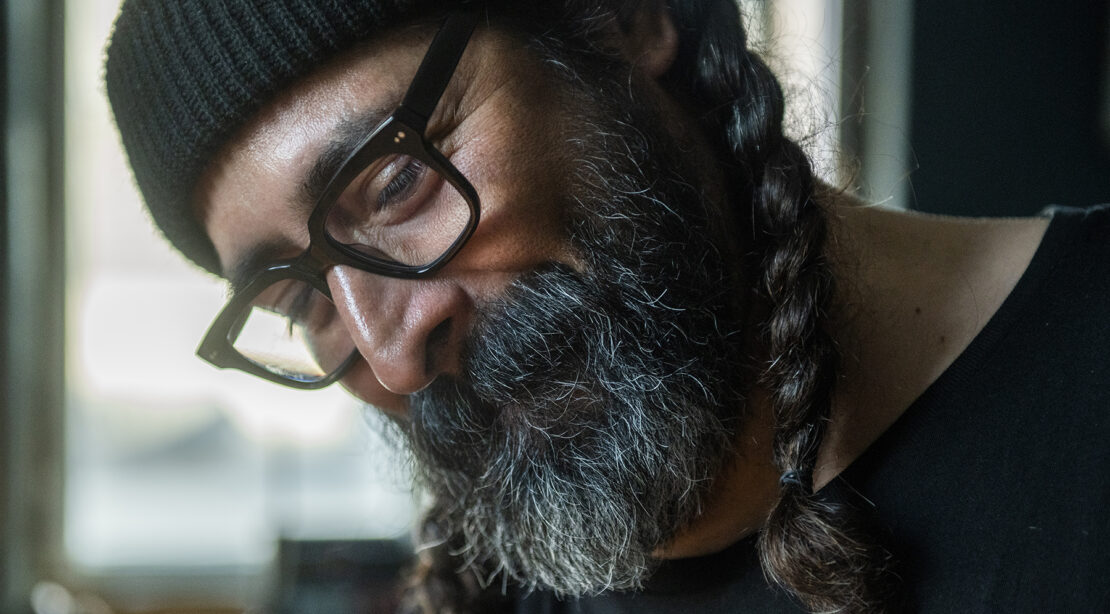 Gunther Estrada at his shop GRBG Made in Long Beach Tuesday, May 11, 2021. Photo by Thomas R. Cordova.

Over time he developed a tight-knit group of friends at the company. When he moved to Long Beach in 2011, he and seven others from DC Shoes started an art collective they named “Los Garbage” and did various art shows in and around the city. At the time, Estrada was making knife and machete handles and other wood wares from recycled skateboard decks.

“In Peru, when you see your best friend across the street, you call out ‘basura,’ which means garbage,” Estrada. “We were best friends.”

The first leather product Estrada made was a cardholder from material he was originally going to use for a knife sheath. After sharing his new creation online, his friends wanted to buy, which eventually led to a full-time career for his now 8-year-old company, GRBG Made, named in honor of the former art collective.

It was mostly for fun, at first, Estrada said. But after a trip to Prague, Estrada was inspired by the architecture and craftsmanship he saw around the city.

“Everything is made to perfection. Everything is just made with that same purpose I was thinking to build my company, or my product, under which is functionality, beauty and durability,” he said.

From that idea, he created his company slogan, “Hasta la Muerte,” which means until death. He later added the phrase “and beyond” in English. Together, the phrase is a nod to both his Peruvian and American identity. 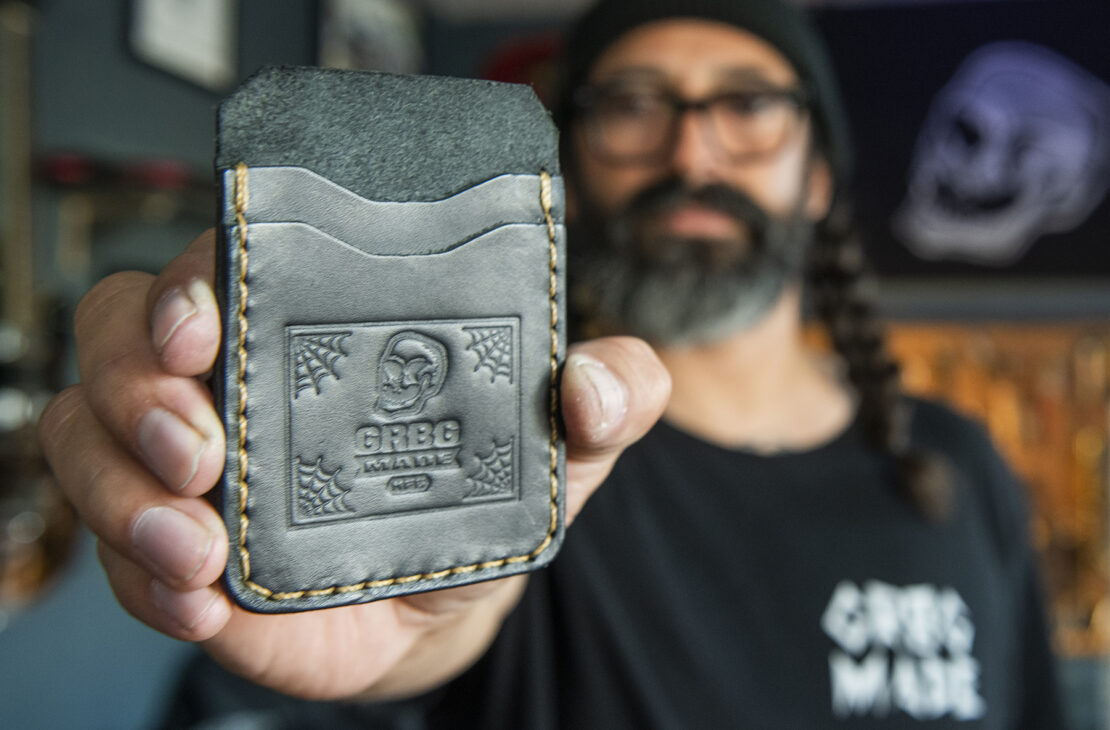 Gunther Estrada shows a Party Wallet that he completed at his shop GRBG Made in Long Beach Tuesday, May 11, 2021. Photo by Thomas R. Cordova.