Bayo Collins is a junior at UC Berkeley, but a younger version of himself is about to be introduced to America in a few weeks. Collins is one of the stars of “The Youth Governor,” an upcoming documentary from filmmakers Matthew and Jaron Halmy.

The documentary was filmed during Collins’ junior year as a student at Poly High School when he participated in the YMCA Youth & Government program. The film was produced by Blumhouse and will be distributed by Greenwich Entertainment, the documentary powerhouse behind Free Solo and other acclaimed docs.

The documentary has been making the rounds on the festival circuit and was an official selection at the Cleveland International Film Festival, the Phoenix Film Festival and the MKE Film Festival. “The Youth Governor” will be released in theaters, and streaming on Amazon Prime and Apple TV on Aug. 26.

The trailer, which includes clips of Collins on campus at Poly, was released on Tuesday:

“It’s going to be weird to have people meet me at that age,” said Collins. “I just saw the doc for the first time. Watching it I’m like, ‘I would’ve said this differently, I would’ve done that differently.’”

The documentary chronicles a year of the California YMCA Youth & Government program, which sees almost 5,000 high school students travel to Sacramento each year to take over the state capitol building and create their own model state government. Teens create their own versions of courts and a state assembly. There are even lobbyists and an election for youth governor.

Collins participated through the Fairfield Family YMCA, where he now works during summers home from college. He and his brother first got involved in the program because of a chance encounter his mother had.

“My mom kept us in something all the time, and while she was at a hotel she saw students walking around in suits,” Collins said. “She said, ‘What is this? I want my boys in this.’”

As it turned out, the YMCA down the street from their home had the program and she signed her sons up. Quickly, Collins and his brother were networking with Long Beach Councilman Al Austin, who volunteers with the program, and were succeeding in the Youth & Government hierarchy.

“I wrote a speech on gun control and got up and did it in front of 1,500 people,” said Collins. “I realized I had a skillset I didn’t know I had. This program changed the entire trajectory of my life, it touched every part of my life.” 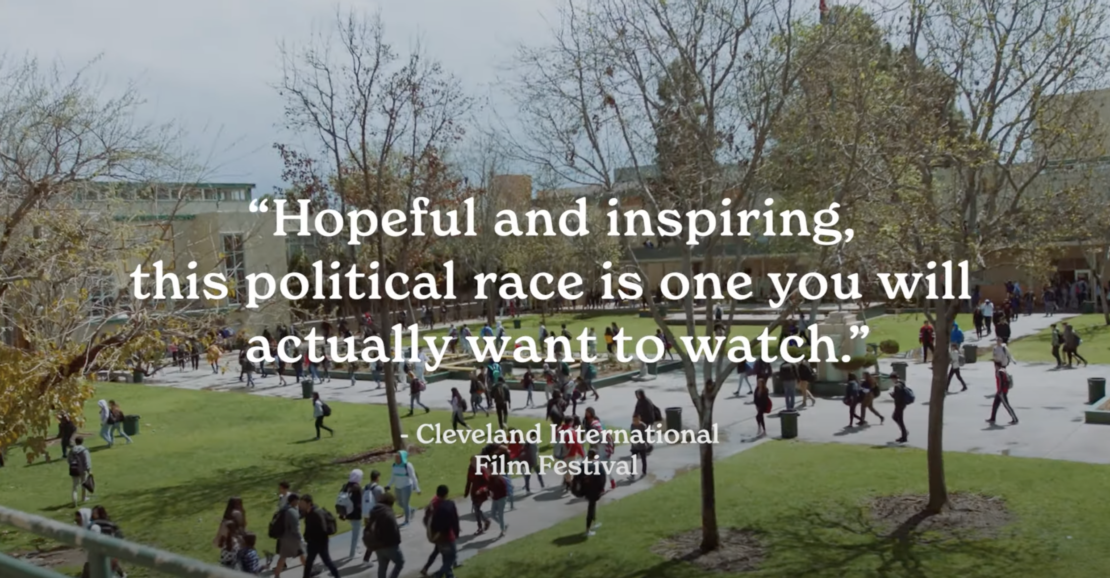 Poly High School as shown in a trailer for the new documentary “The Youth Governor.”

Collins’ humor and charisma helped him rocket up through the ranks of the statewide program; he would eventually be one of a few dozen from California selected to participate in the YMCA’s national Youth & Government conference. Although he only enrolled as a sophomore, he found himself as one of the four finalists for youth governor his junior year, which is when he embarked on a campaign in Sacramento among other teens that became the subject of the upcoming documentary.

“The people who were running against me, it was their whole life. Some of the people in the program had been dreaming about it and working on it for years and years,” he said. “I just popped up and took over. The Long Beach delegation wasn’t really known like that, but my friends and I put us on the map.”

Without spoiling anything in the documentary, Collins said his experience in Sacramento was incredibly educational as far as government and was influential in his decision to not pursue that as a career path post-college.

“I would just say it was very realistic in terms of the good but also in learning about the bad parts of politics,” said Collins, who is an interdisciplinary business/pre-law major at Berkeley. “The program gave me a really good idea of what it’s like, and it also helped me realize there’s other ways of making change. I’m still figuring out what my thing is.”