Rather than demonstrating its financial vulnerability with what appeared to be a quick auction of 140 works of art, the Museum of Latin American Art’s chief curator said the sale was actually part of a long-term plan to expand, diversify and ultimately strengthen its collection.

The auction, which was completed Sunday and included more than 50 pieces from the museum’s permanent collection, raised concerns in some corners that the local institution was suffering financially—it’s been closed since March. But Chief Curator Gabriela Urtiaga said the removal, or deaccession, of the works, many of which were prints and multiples, is a part of her vision to diversify MOLAA’s collection and acquire works by major artists including Frida Kahlo and Ana Mendieta.

While the museum has shown works by Kahlo in the past, they have yet to acquire a piece.

“In terms of gender, when we study the complete collection, we have more than 80 percent men artists,” said Urtiaga, who was appointed as chief curator in 2019. “It’s really important to visualize women artists, too.”

Along with Kahlo, there are nearly 30 artists listed under MOLAA’s current Collection Acquisition Plan, including Jean-Michel Basquiat, Tarsila do Amaral and Diego Rivera, representing Cuba, Mexico, Brazil, Argentina, Paraguay and the U.S., among other countries. 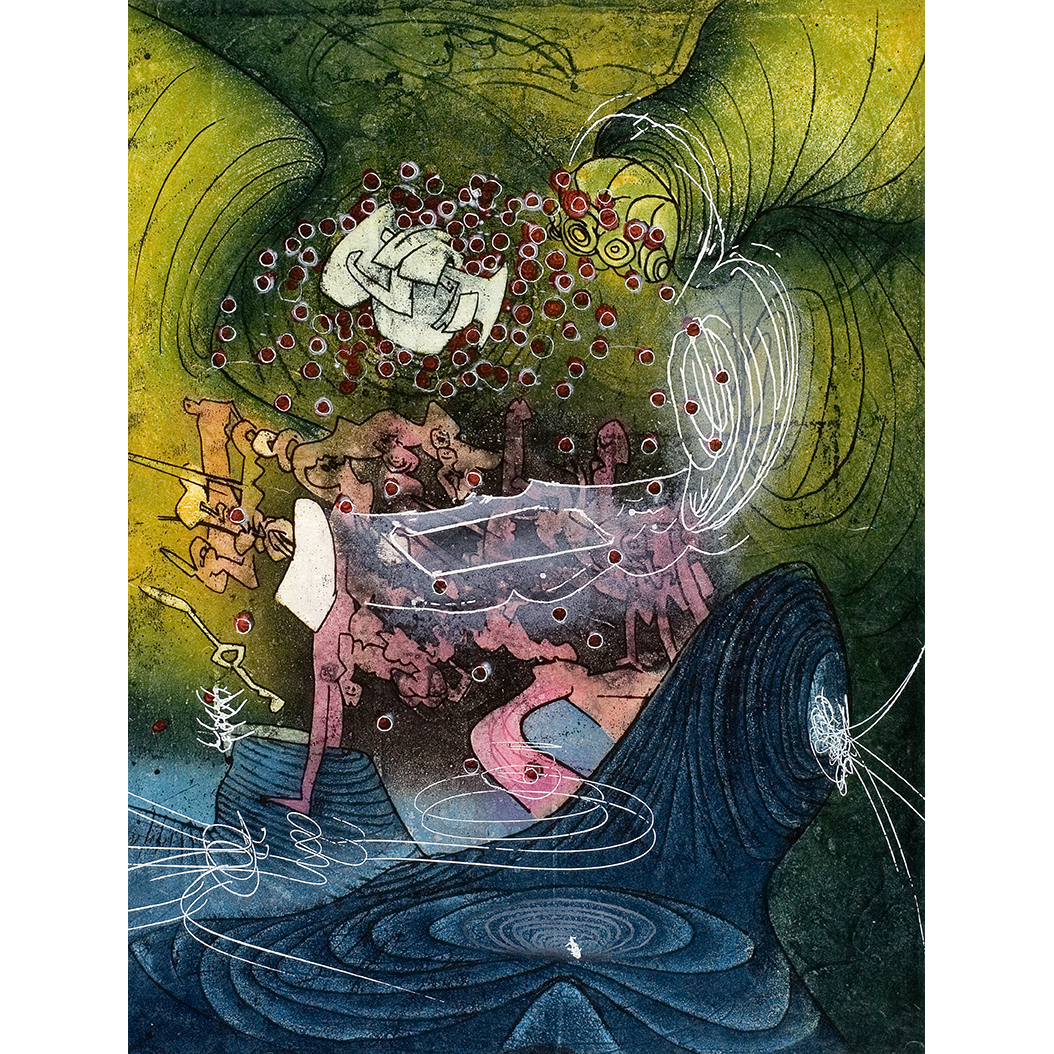 “Point D’Appui, 1983” by Roberto Sebastián Matta (Chile, b.1911) was recently sold at auction by the Museum of Latin American Art. Courtesy MOLAA

The auction, with total sales around $200,000, was one method to offset what Urtiaga described as an “overrepresentation” of artists that make up the current collection, to offer a better balance, a “wider representation” of Latin American, Latinx and Chicano artists in the context of gender, diversity and ethnicity. They will also incorporate emerging artists to grow the collection.

“We continue to explore the ways MOLAA reinvents itself as we celebrate our 24th anniversary in such a particular year, we appeal to the public’s support and offer a unique opportunity in this auction,” Dr. Lourdes I. Ramos-Rivas, President & CEO of MOLAA, said in a statement.

If a museum transfers an object to another museum or sells it, the American Alliance of Museums’ Code of Ethics requires the proceeds be used “only to acquire new objects for the collection or provide direct care of the collection.”

MOLAA was accredited by the AAM in 2015 and has a collection management policy detailing the deaccessioning process that follows the alliance’s guidelines, as well as the Association of Art Museum Directors protocol.

“These are not easy decisions that are being made, they’re being made to strengthen what the museum is for the community,” said Solimar Salas, Vice President of Museum Content and Programming. “We’re definitely focusing on a stronger MOLAA, a more diverse MOLAA.”

This is the second online auction the museum has held since the start of the pandemic.

In July, more than 160 works of art by Latin American and Latino artists were put up for bid, with the proceeds going toward a recovery fund to cover basic expenses, proper conservation of MOLAA’s permanent collection and loaned artworks, ongoing operations, as well as online programming. The pieces were donated by collectors, and some by the artists themselves.

This is the first time that this many pieces have been deaccessioned from MOLAA’s collection on record, said Salas, adding that she understands why the sale would garner attention as museums across the country make headlines for the sale of major works since the start of the pandemic.

The Baltimore Museum of Art planned to sell three major works from its collection, including a painting by Andy Warhol, to diversify its collection and increase staff salaries but canceled the sales after it received major pushback, according to the New York Times.

“I think it’s just a very coincidental timeline,” said Salas. “As soon as Gabriela came on board we’ve been looking at the museum and she’s been very aware to bring that balance to our collection, so we have been studying and developing that collection plan and evaluation. I think everything comes together at a very odd year and a very strange year.”

A recent Los Angeles Time article said MOLAA’s auction appeared to be the first of these sales in SoCal connected to the pandemic, citing a $340,617 deficit it faced in 2019. Salas told the Post, “We’re definitely not ending with a deficit this year.”

The article also scrutinized the deaccessioning of a 1986 painting by Mexican American artist Ray Smith, Los Espectadores, saying the deaccession of artwork by an artist that’s still alive can put their “reputation in jeopardy.” But Urtiaga said the funds from the sale of those works by Smith will go toward purchasing other works by Smith.

“When we looked at the total amount of artwork from that one artist, we were able to say these are the ones that are more relevant to the MOLAA collection,” said Salas. “So their reputation in the context of MOLAA, they’re still part of the museum collection.”

“Any artwork that’s deaccessioned from a collection, the funds are strictly tied to purchasing additional artwork for the collection, and expanding and diversifying,” said Salas. “MOLAA right now, even through the pandemic, we’re in a very stable economic situation.”