As the weather warmed during the spring of 2020, many were not working—laid off or furloughed—or had begun working from home as a result of the new COVID-19 pandemic. Such was the case with Jon and Julia Halperin.

Now, if you went to a Chain Reaction from 2000 to 2006, Jon booked it. If you’ve been to The Glass House in the last 15 years, chances are, that was a Jon Halperin show. He has booked thousands of acts over the last two decades, from Death Cab For Cutie and Jimmy Eat World to Paramore and Weezer to Gwen Stefani and Thrice. He even started a small indie label in the ’90s.

With businesses closed, live shows canceled and nowhere to go, the wedded music buffs took to listening to tunes on their balcony overlooking the Long Beach coast. Jon would grab his Panasonic boombox circa sometime between the founding of the Doobie Brothers and The Cure and a handful of cassettes and the two would enjoy the vibes and the views.

By the time summer rolled around, the pair altered their listening habits when Jon purchased a portable record player from a seller in Germany.

“Instead of grabbing full-length records, I was grabbing stacks of 7-inches,” Jon said. “I have a ton of 7 inches of all genres.” 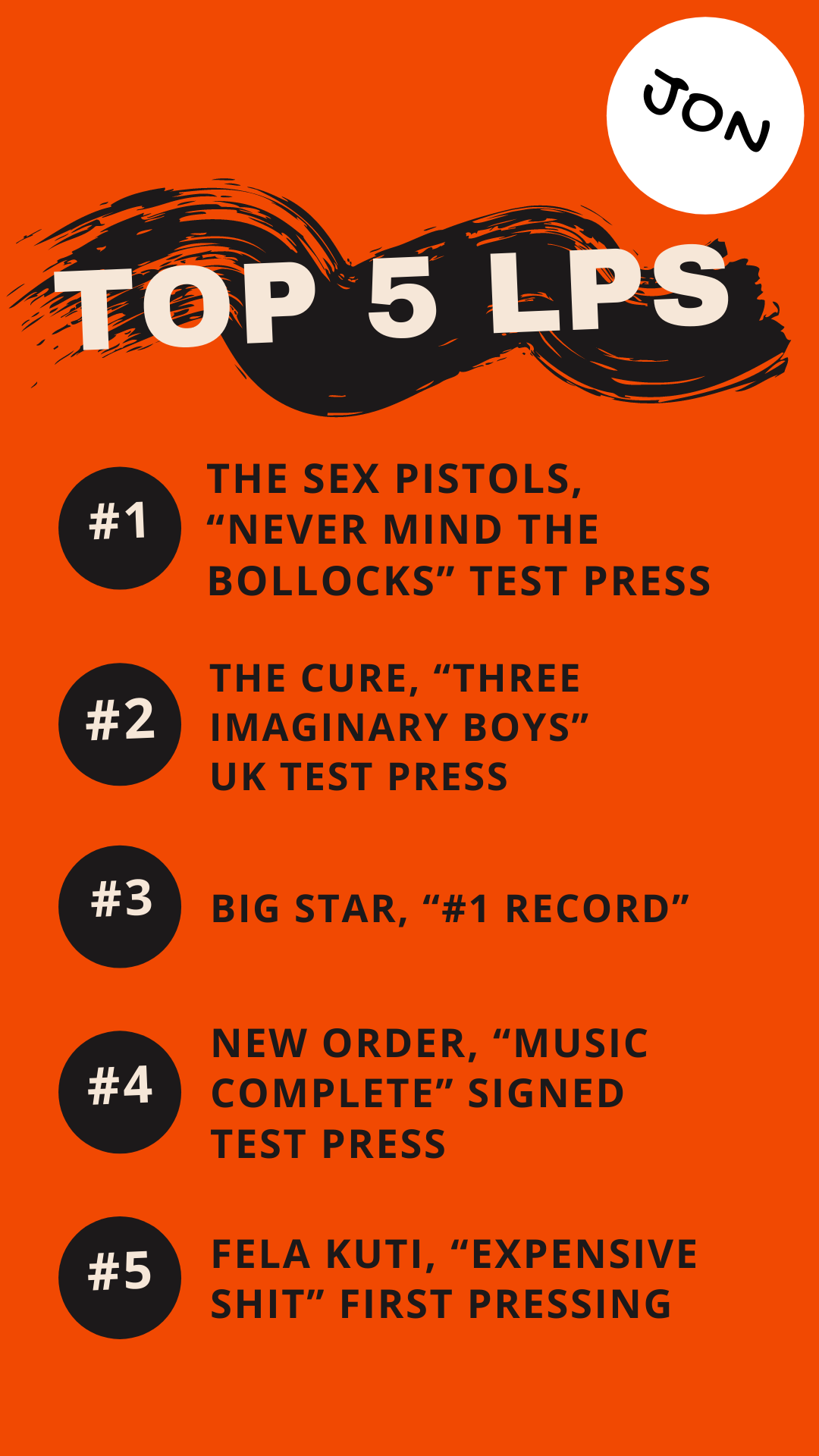 For those not familiar with the record medium, full-length records, or LPs, are typically 12 inches in diameter. An LP is a full-length release by a band or artist that typically consists of eight or more songs but that can vary depending on song length.

A 7”, as the name suggests is 7 inches in diameter. Historically, the smaller record has been known as a single, which consists of the main, more popular track on the A-side and a secondary, often less known song on the B-side. Some modern 7”s have more songs per side and, of course, there are 10” records. But we don’t need to get into that.

Jon has lived in the musicsphere for as long as he can remember. Born in 1969, he said his parents played a lot of ’50s and ’60s music, namely folk rock along the lines of Peter, Paul and Mary. In second grade, he took a Beach Boys record to class for show and tell. 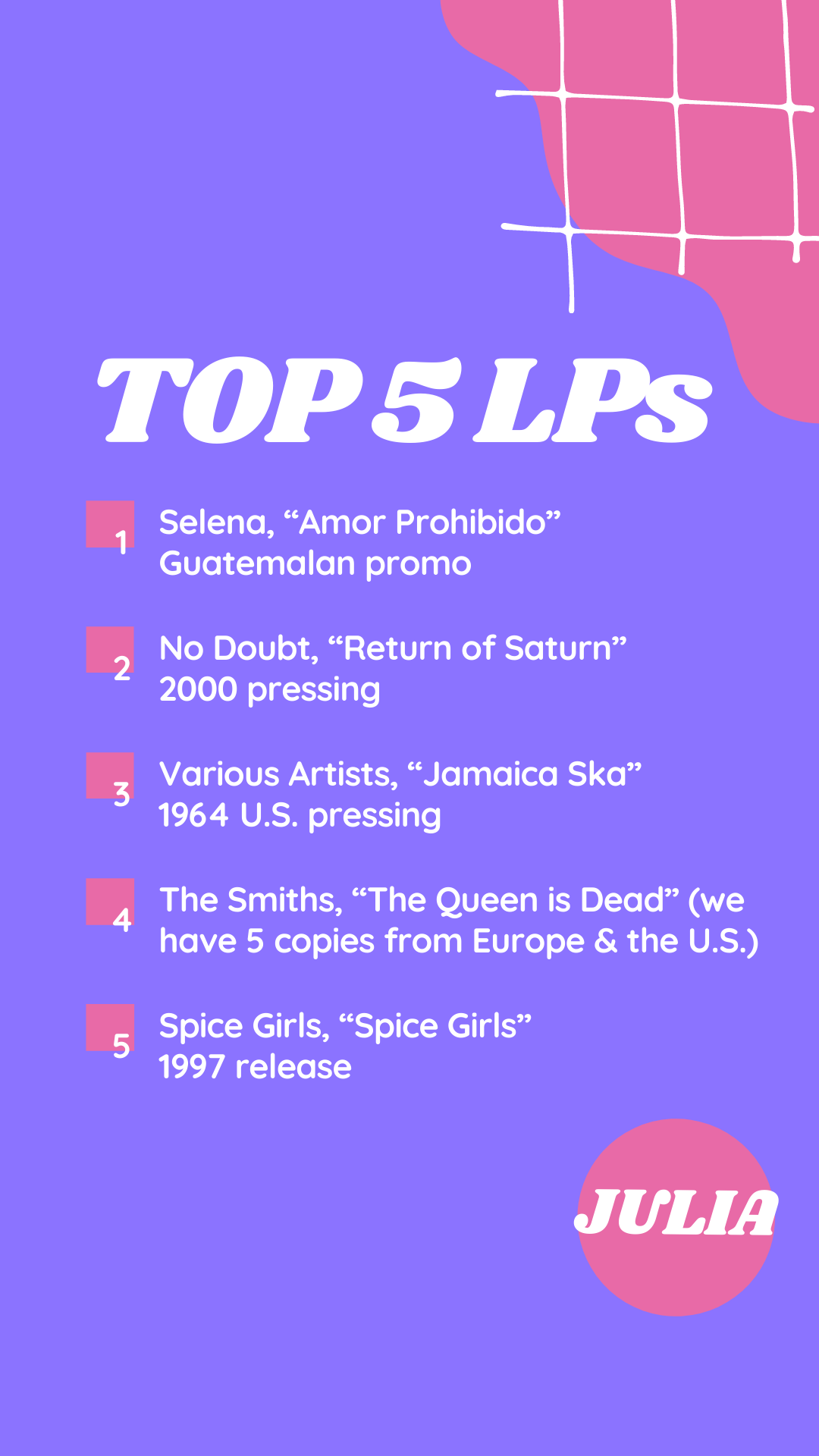 In middle school he got into his own music. His dad would take him to Licorice Pizza, a Southern California record and video chain that ceased to exist around 1986 after 20 some odd years, to buy Sex Pistols and Dead Kennedys records.

Jon attended Rancho Middle School in Irvine with Rage Against the Machine frontman Zack de la Rocha. He said music was a big part of the school’s fabric, noting he was in a guitar class with de la Rocha and around 70 other students. Outside of school, Jon would listen to “Rodney on the ROQ.”

“I would record Rodney shows on cassette and I would buy Flipside magazines to see whatever Rodney’s top 10 was,” he said. 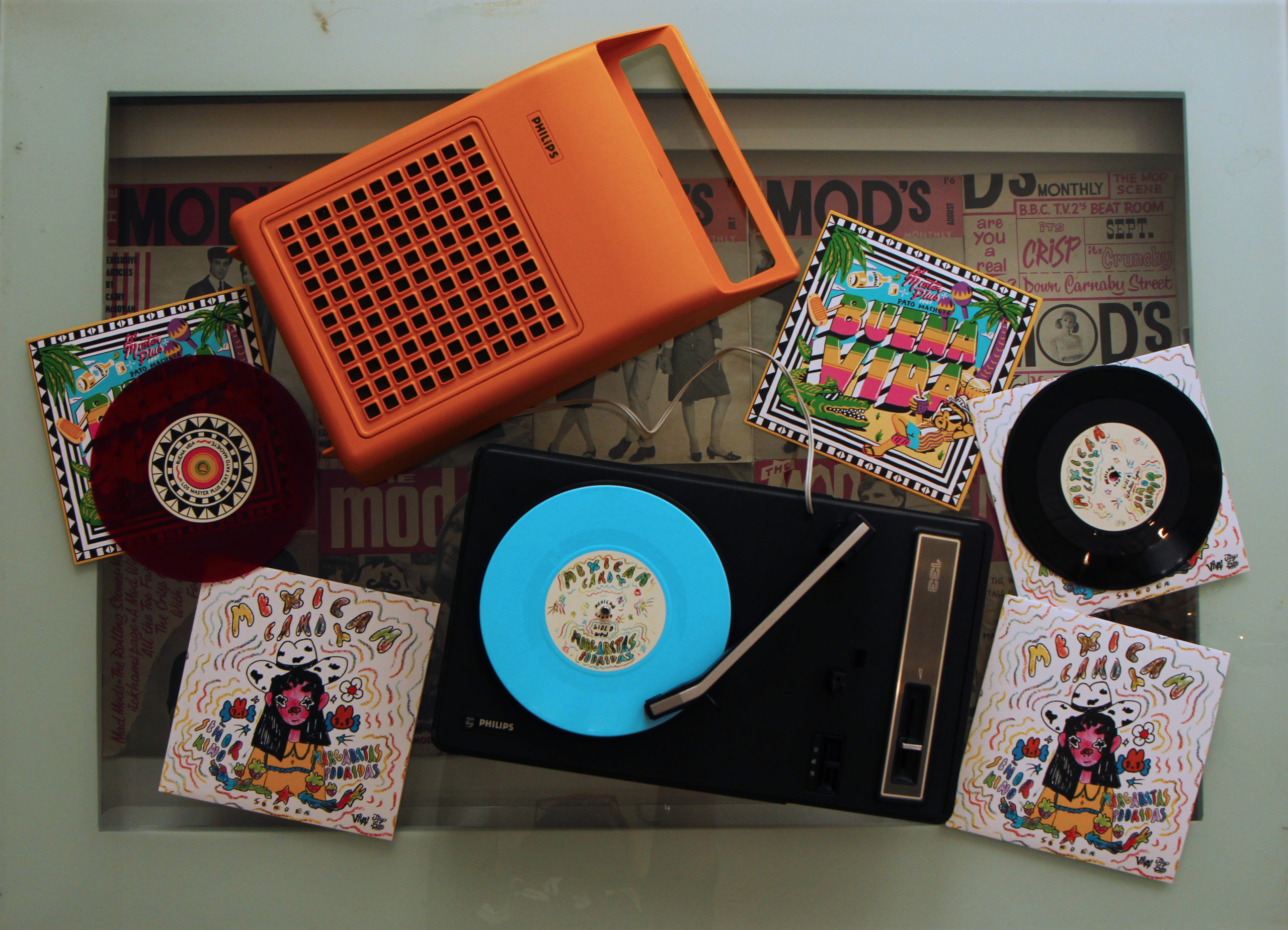 In the early 1990s, while Jon was working on his master’s degree, a college friend was hired by Fox to produce action sports videos such as motocross, which inadvertently led to Jon being hired as music supervisor.

After Fox, Jon wrote for zines like Skratch and Mainstreet. Then he teamed up with Skratch publisher Scott Presant to produce his first compilation CD—a mix of ska and punk bands. The pair produced 10,000 copies and the release was a success, so successful in fact that Jon wanted to continue putting out music. So, with Presant’s focus still on his magazine, Jon founded Vegas Records solo.

The indie record label put out around 25 releases, Jon said, almost all on CD and mostly ska and power pop. He even did a record with Grammy-winning keyboardist Ikey Owens, a Long Beach native known for his work with numerous Long Beach groups as well as The Mars Volta and Jack White.

“After doing that for two and a half years, I was just broke all the time, so I went back to getting a day job,” Jon said. 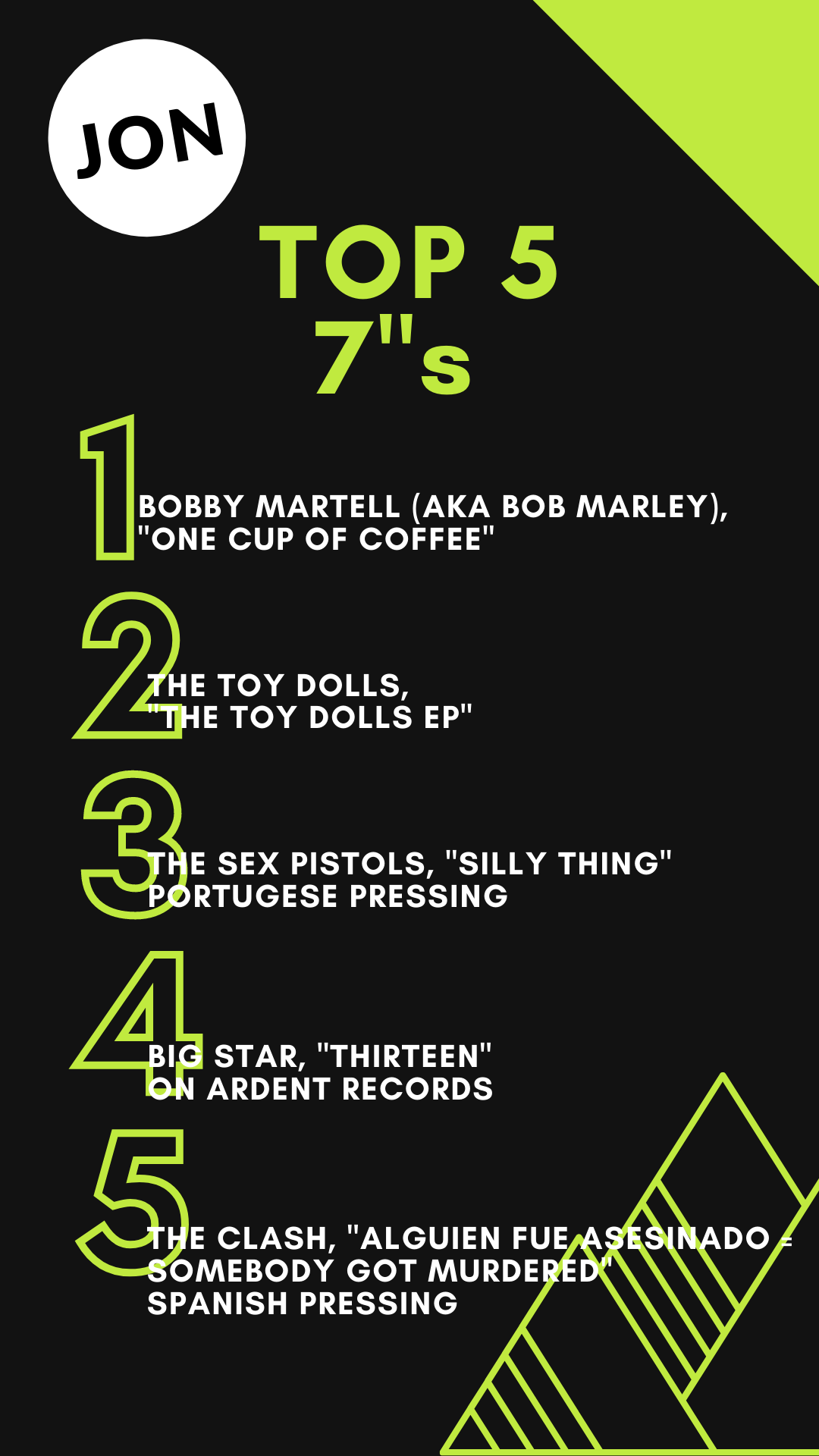 Despite the glamorized, drug-and-alcohol-fueled, rockstar-lifestyle depicted in movies, the industry is grueling—for everyone. Especially for smaller acts and indie labels the size of Vegas. Going to shows six nights per week sounds a lot more fun than it is when it’s your job. Putting in endless hours of work on releases with small-to-nonexistent profit margins can only last so long. But music is Jon’s life.

“Music brings me joy. It’s literally high for me. I don’t drink or smoke or do drugs,” Jon said, “but if you want to see me high, walk me into a record store. Digging through those bins and bringing them home and  listening to them—blasting them on my record player—it’s just elation.”

Despite knowing the challenges and frustrations that come with operating a record label, his love of music drew him back to that sector of the music industry this year. Only this time Jon was not solo, he had Julia to back him up and lend a helping hand.

Jon and Julia met in 2010 at an Obey warehouse sale—she was working for Harvey’s, a company known for making seatbelt bags, and Jon had an idea to make guitar straps out of seatbelts. They exchanged info and were dating a month later. 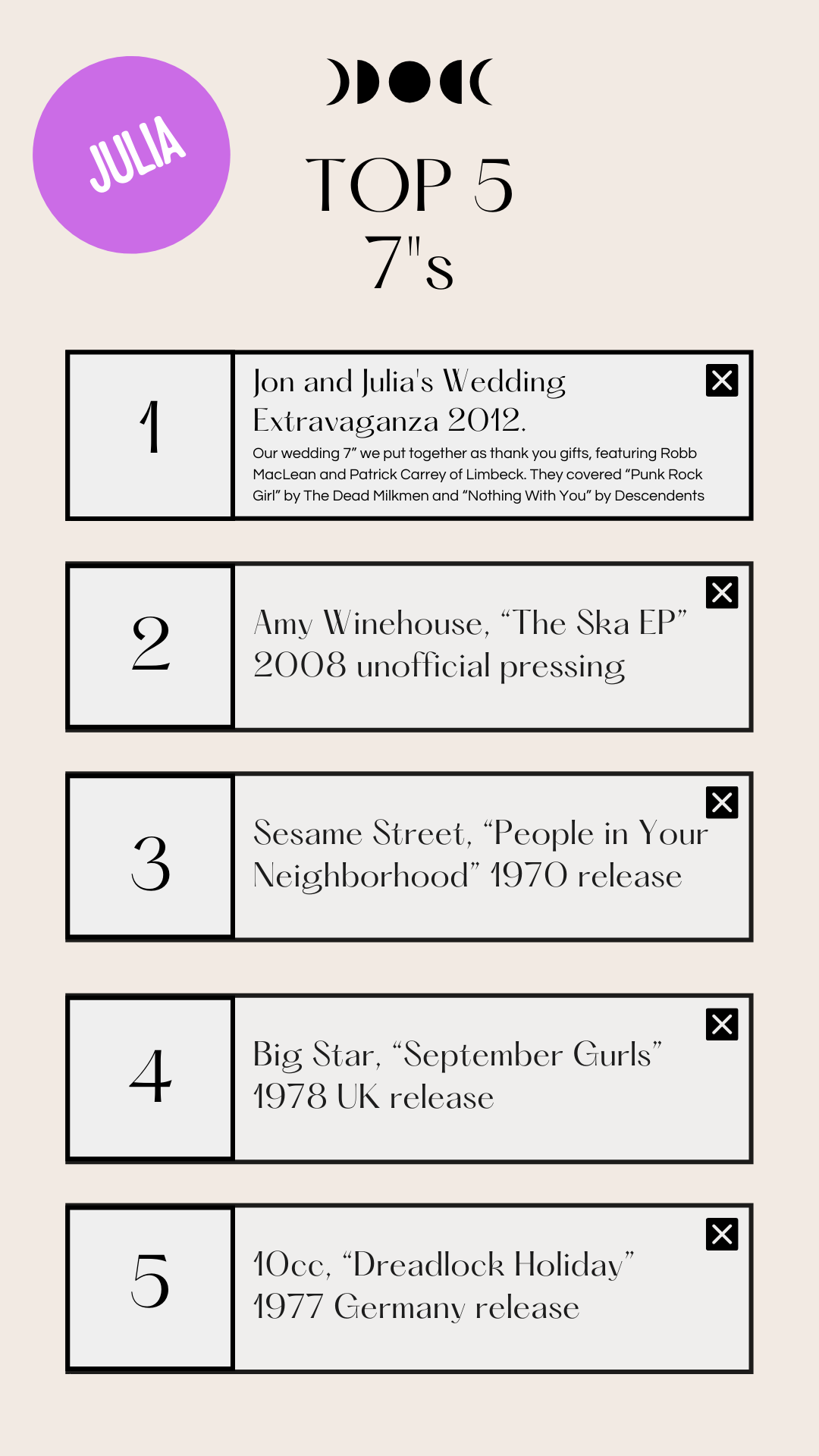 While Julia’s musical background never led her into the industry, music was always a part of her life. Growing up a Mexican American, she said her parents often played regional and big pop Mexican artists at home.

“I hated it. I thought it was uncool. But now I love it so much,” she said, recalling artists like Juan Gabriel coming through her parents’ speakers.

In middle school, like Jon, Julia discovered her own musical taste in the form of ska. She said the mid-1990s were the “peak ska period” in Orange County and that the genre was her “gateway drug” into harder styles of music like punk.

Julia had a modest record collection when she married Jon in 2012. She said she finally felt the nuptials were solidified one year in when Jon added her collection to his Discogs account, an app used to catalog music collections.

Jon took a two-year hiatus from booking at the Glass House in 2014. During that time, he was contacted by Josh Fischel and Megan Blome. The pair had an idea for a music festival, so they set up a meeting, which led to the creation of Long Beach’s Music Tastes Good. 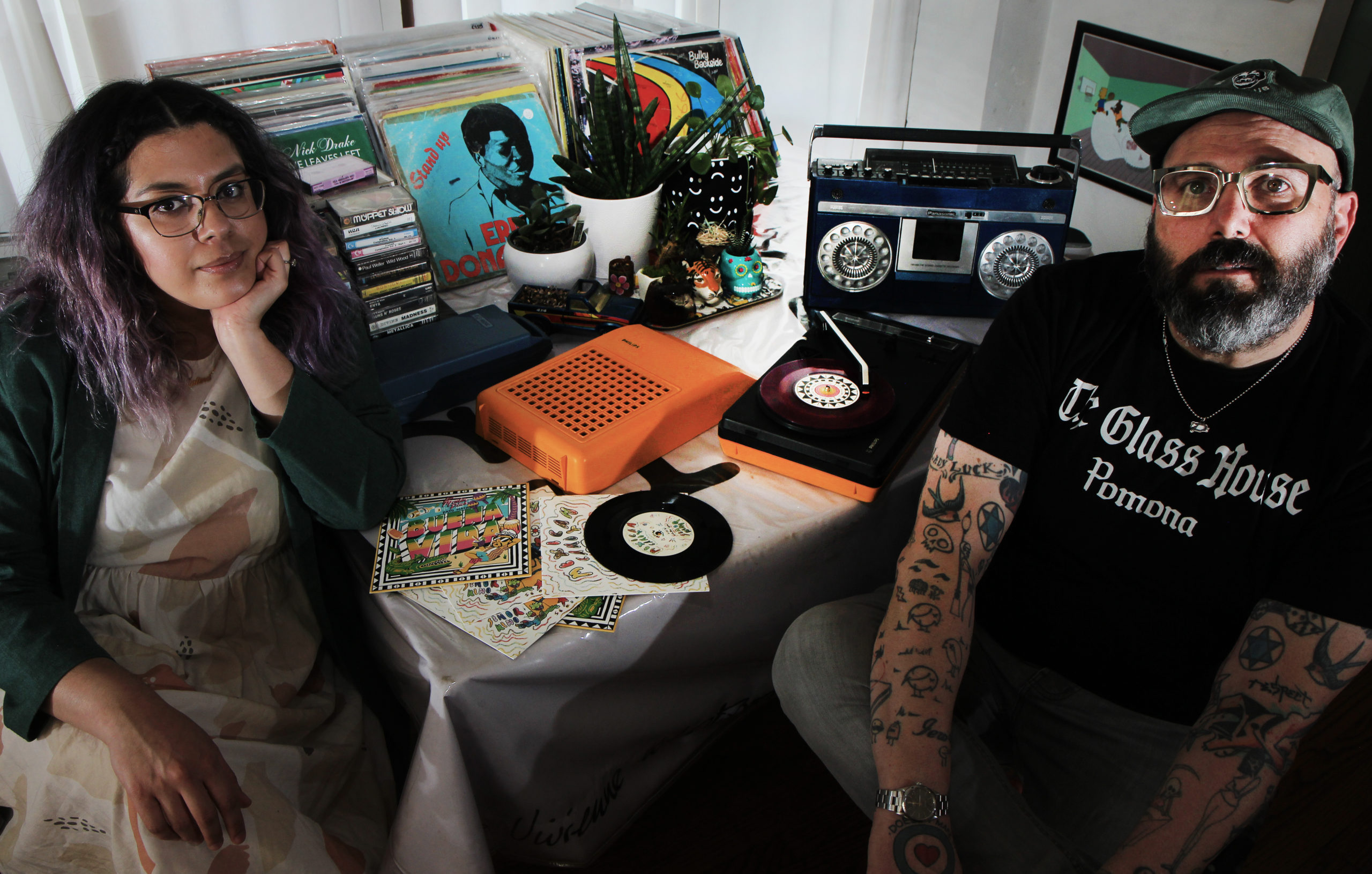 Jon booked the music and food festival for three years, two of which took place after Fischel’s death on Sept. 29, 2016, days after the inaugural event concluded. The festival was no more after three years, but it was his foot in the door for booking other festivals, including Gridlife Music & Motorsports festivals, and the Isle of Light Arts & Music Festival in the Dominican Republic, which he will resume post COVID-19.

Which brings us to the present with Julia’s suggestion to restart Jon’s former record label. At first, Jon was reluctant, he said.

“That was the late ’90s, let it stay there. I don’t want to look back,” Jon recalled saying to his wife. “But then I had this epiphany as I was playing these 7”s: A label but do 7”s only.”

Julia, who curates and designs PacSun floor plans and displays for the company’s 400 stores, was into the idea, so Jon began reaching out to artists and Stay Free Recordings was born. The label already has more than 22 limited-run releases at various stages, including four that have been released with some variants already sold out.

Jon said he did not want to be a traditional record label, so each of his 7” releases is strictly limited to 200 copies on two colorways, 100 of each. None of the tracks Jon plans to release have been pressed on vinyl before, he added.

The artists, Jon said, have complete control of the product; they have final say on the sleeve art, the vinyl colors and any creative elements that might be used to enhance the release. For example, one release is going to be sold with a 7” slipmat, another will be sold with skateboard griptape as part of the outer sleeve meant to damage anything it comes in contact with and another will come with baseball cards of each musician on the record. 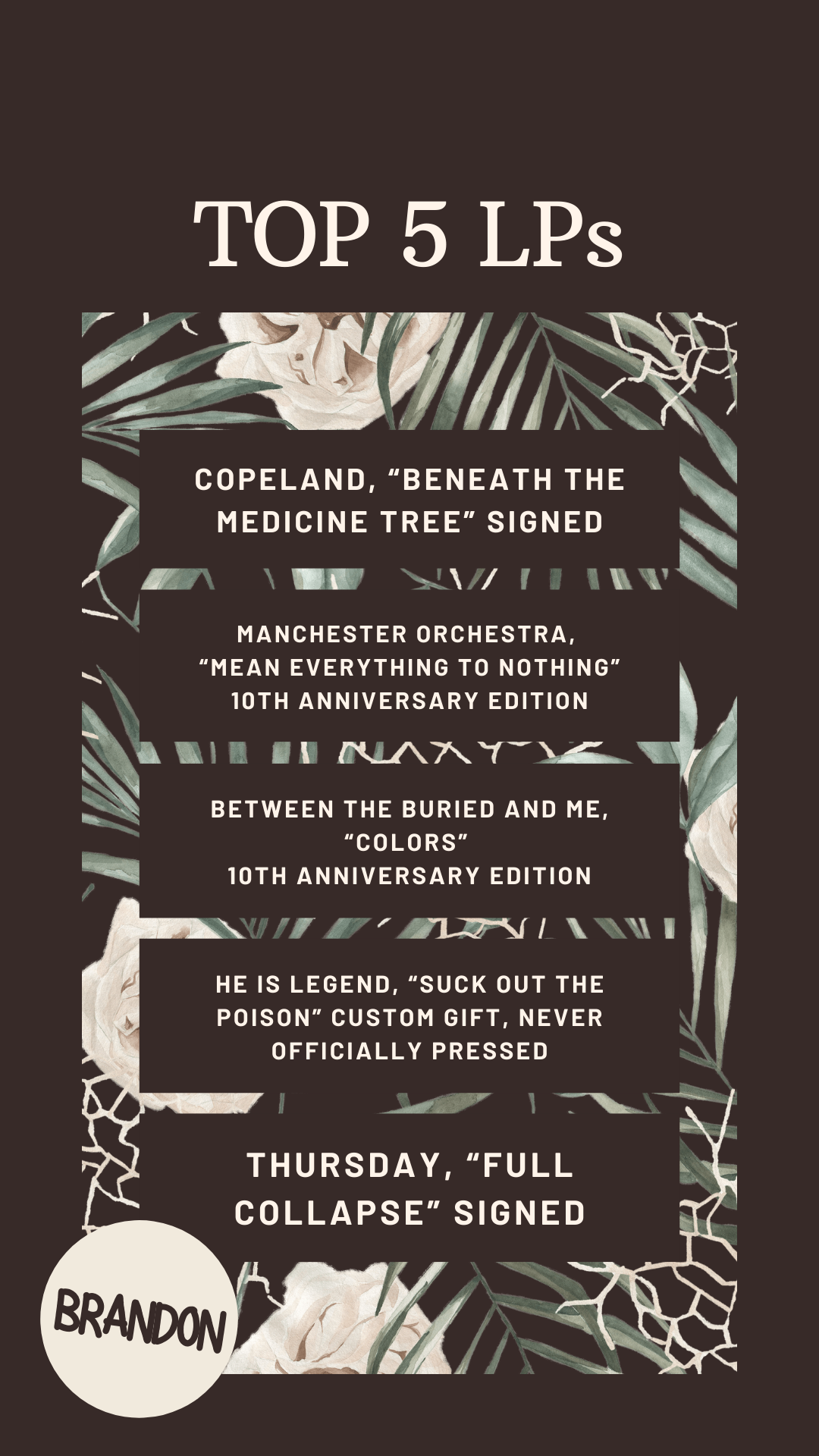 “I want to treat them like visual art, make them really special,” Jon said. “There are no re-presses and people will be kicking themselves because they missed out.”

On Feb. 12, Stay Free released its first 7”: Mexican Candy #1, the first in a series curated by Rene Contreras with each release featuring two artists from each Mexican state. This release included tracks from Señor Kino and Margaritas Podridas. The blue variant sold out fast and the black colorway is nearly gone.

The day of the first release was a joyous but uneventful one, Julia recalled.

“We didn’t do much. We announced it and it was really exciting to sit there and scroll through Instagram to see the band’s posting about it,” she said, noting the pandemic kept them at home. “The joy is seeing how well everyone responded to it, especially the fans. And we probably ordered pizza. There’s always pizza.”

On March 5, Stay Free dropped three records: Glen Matlock (Sex Pistols, The Rich Kids) with Earl Slick (David Bowie, John Lennon), Nile Marr (son of Johnny Marr, guitarist and co-songwriter of The Smiths) and Charles Uzzell-Edwards, aka Pure Evil, a Welsh graffiti artist who has exhibited around the world for the last 16 years.

Stay Free’s next release is Los Master Plus, a Guadalajaran trio that mixes genres and regional elements with modern world music. The group played Music Tastes Good all three years, the only act to have repeat appearances at the festival.

Other future releases include:

“Records are so commonplace now—younger kids even have record players, it’s just a normal day-to-day thing for them,” Julia said. “When people can buy records at Barnes & Noble and Target, we want to do something a little bit different to set ourselves apart.”

Julia’s work for the label is behind the screens, if you will, handling social media, the website and everything on the backend of the label. Meanwhile, Jon deals with the talent and getting the records and art created. 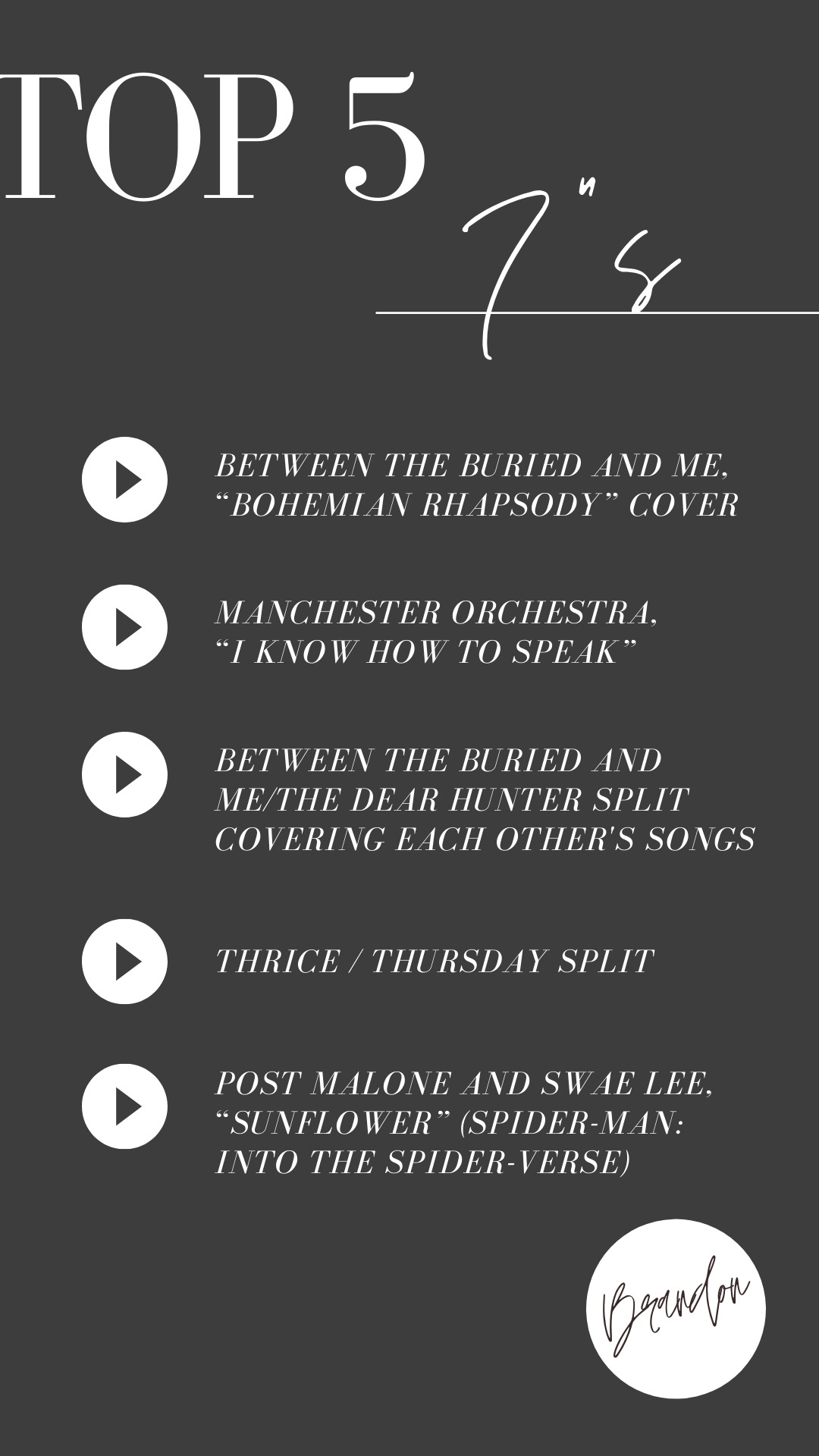 When initially forming the concept behind Stay Free, Jon said he envisioned five releases, an outlook shared by Julia. But the positive response from artists quickly altered those plans. Looking to the future, he said if the opportunity for growth arises where he could move into full-length releases, he would be open to it. But for now, 7” will do.

“I’m not like the guy who owns an art gallery and doesn’t have any art,” Jon said, noting his collection of around 4,500 records. “I am somebody who selfishly starts a record label because I want the records myself.”

Writer’s Note: If you’ve ever read Nick Hornby’s “High Fidelity” (or more likely watched the film version starring John Cusack or more recently the Hulu original series version starring Zoë Kravitz) then you know all about the Top 5. It’s simple: pick a topic, list your Top 5. In the book-movie-show, Top 5 Breakups is the main theme, which is interlaced with a slew of other Top Lists, mostly revolving around music seeing as how the protagonist owns a record store. Being “music people,” I went ahead and asked the Halperins some of their Top 5s.